Pope Francis mingled with his flock and kissed the hand of a newly-ordained priest while not wearing a mask at a service today.

The 83-year-old pontiff has gone without a face covering during his Wednesday general audiences at the Vatican since they resumed at the start of September.

Francis posed for selfies with followers, chatted intimately with newlywed brides and kissed the hand of one of his brethren as he walked among the masses in the Paul VI Hall.

The limited congregation sat in socially-distanced seating but scrummed against each other for a chance to greet the head of the Catholic church. 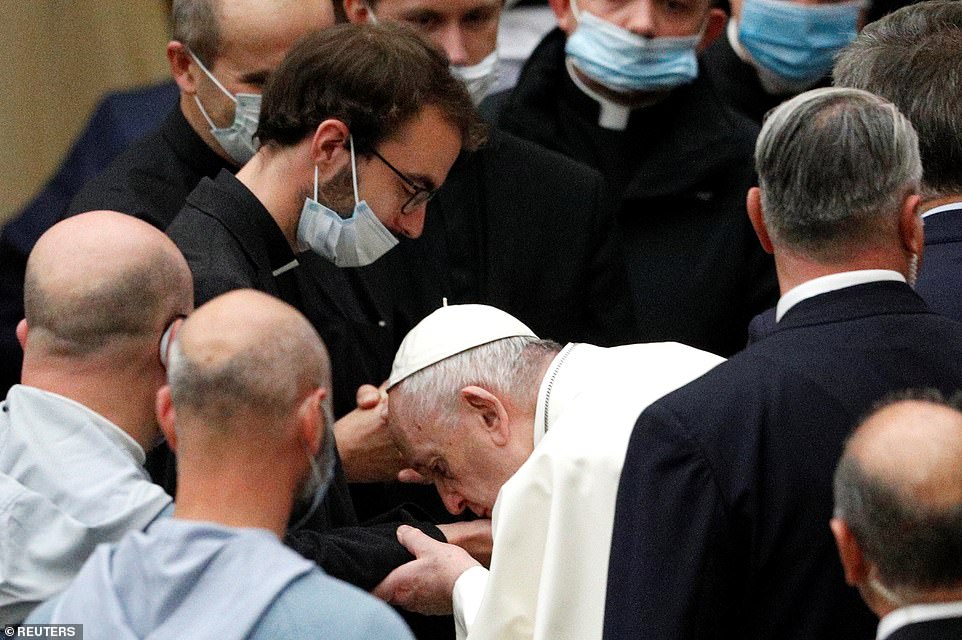 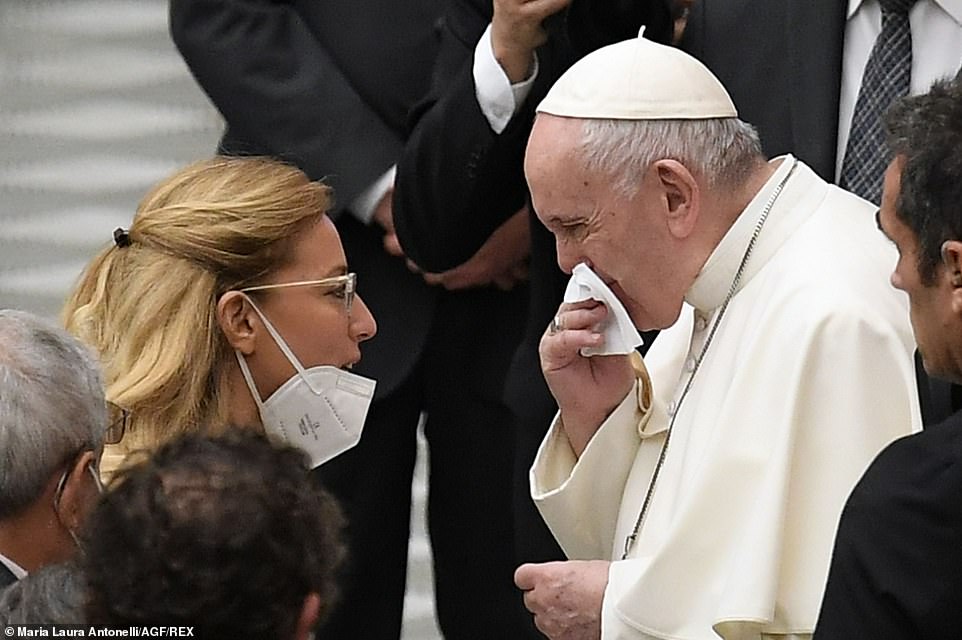 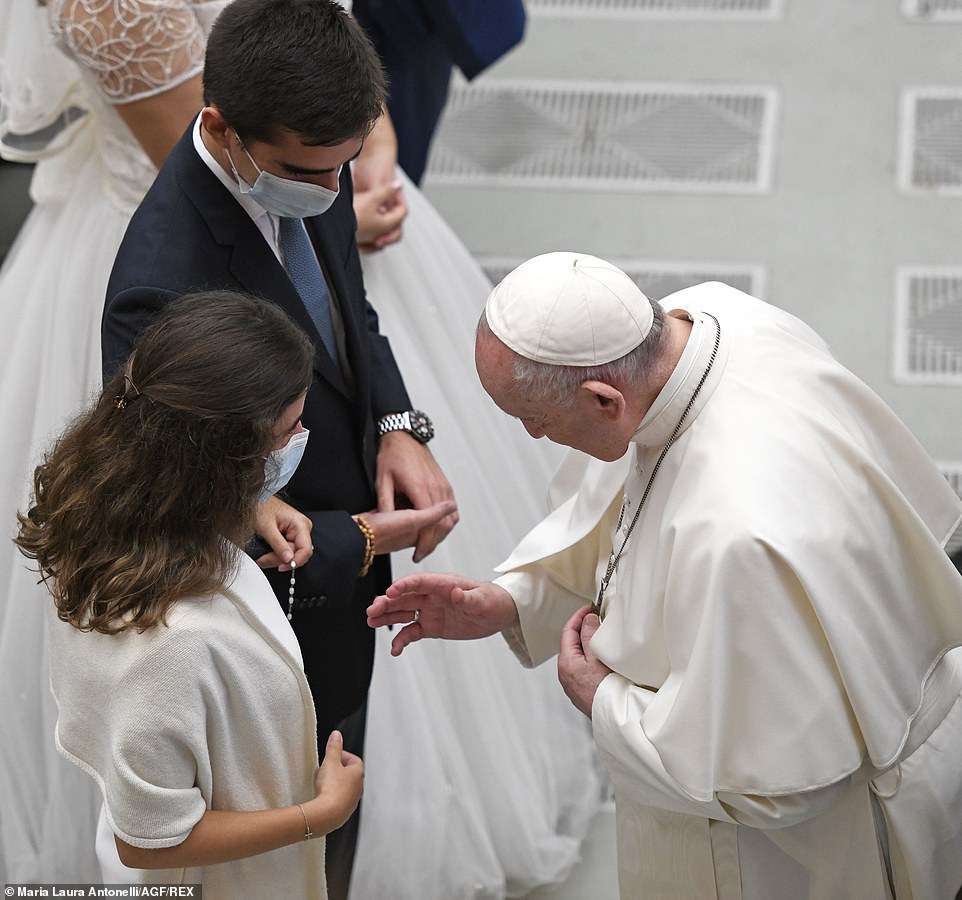 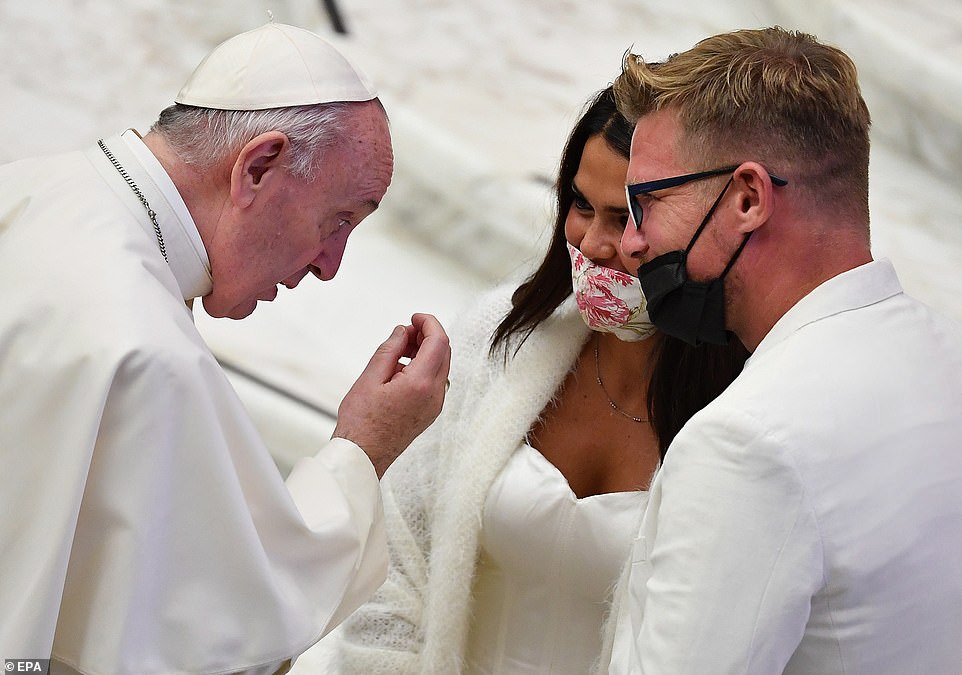 The sermon, given inside due to the rain, was on the theme of prayer which the pope said was not about closing oneself in a room without God ‘to put makeup on your soul – that’s not prayer, that’s fake praying; to pray is to face God and allow yourself to be sent by him to help a brother or sister.’

Francis recalled the story of Elijah, a prophet whose faith was sustained through prayer in the face of great adversity.

Francis said that Elijah ‘shows us that there should be no dichotomy in the life of those who pray: one stands before the Lord and goes towards the brothers and sisters to whom He sends us. The proof of prayer is the real love of one’s neighbour.’

On Sunday, Pope Francis published his third encyclical, an open-letter to the patriarchs, primates, archbishops and bishops, titled Fratelli Tutti (‘All Brothers’), which offered guidance in a world going through the coronavirus crisis.

In one passage he discussed the ‘throwaway world’ in which we live, where we are too focused on the individual and allow the elderly to be cast aside, relegating them ‘to a sad and lonely existence.’

The pope wrote: ‘We have seen what happened with the elderly in certain places in our world as a result of the coronavirus. They did not have to die that way. Yet something similar had long been occurring during heat waves and in other situations: older people found themselves cruelly abandoned.

‘We fail to realise that, by isolating the elderly and leaving them in the care of others without the closeness and concern of family members, we disfigure and impoverish the family itself. We also end up depriving young people of a necessary connection to their roots and a wisdom that the young cannot achieve on their own.’

The Pope’s weekly audience resumed on September 2, the first since March due to coronavirus.

At previous Wednesday audiences visitors have had their temperatures checked before entering the hall and the audience has been limited to 500.

It is not clear if temperatures were check today, but photos showed that masks were not used by everyone. 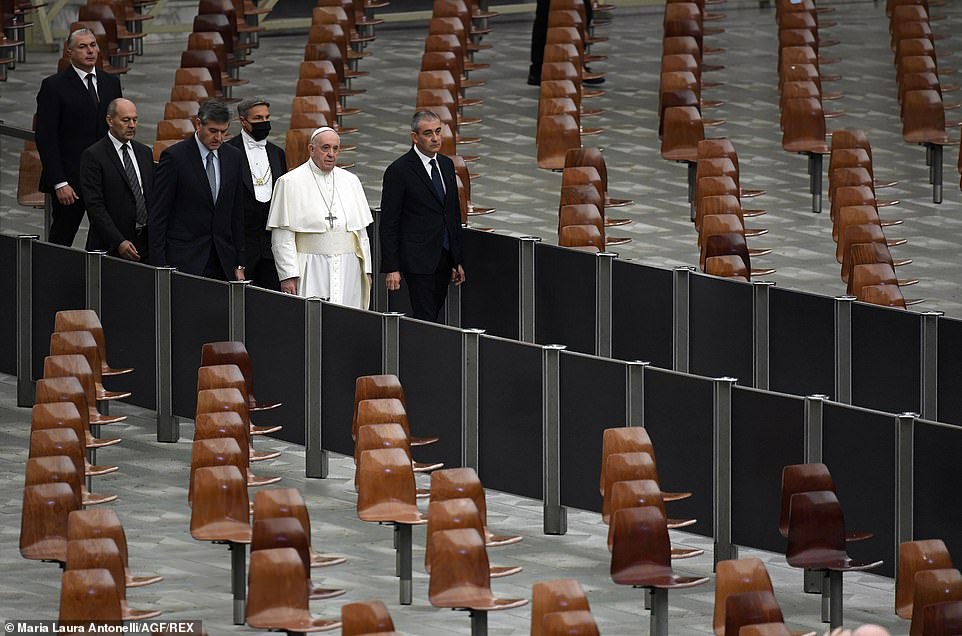 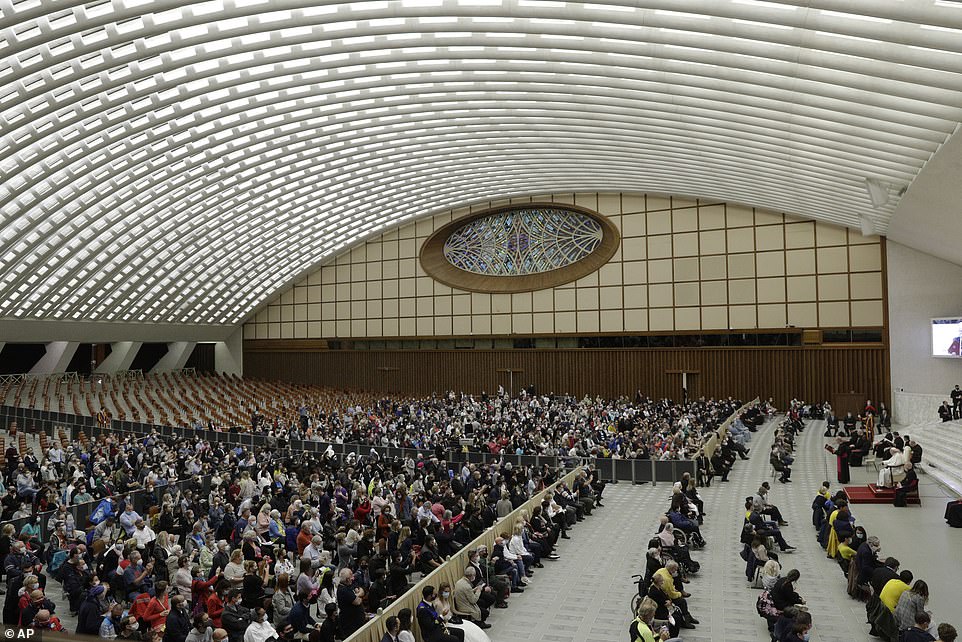