‘Spin him, get his corner’: Police probe shocking video of driver RAMMING car into A13 barriers at high speed after being egged-on by jeering friends

This is the shocking moment a gang laughing chase another driver down a busy road before ramming it at high speed and causing it to spin out.

A video shared online shows the victim’s car spinning 180 degrees on the A13 in Newham after it was chased and nudged by the gang who were filming.

The Met Police have confirmed they are aware of the video and that they are investigating.

A dark coloured car can be seen just in front of the car the cameraman is sat in and it appears they are chasing it at speed. 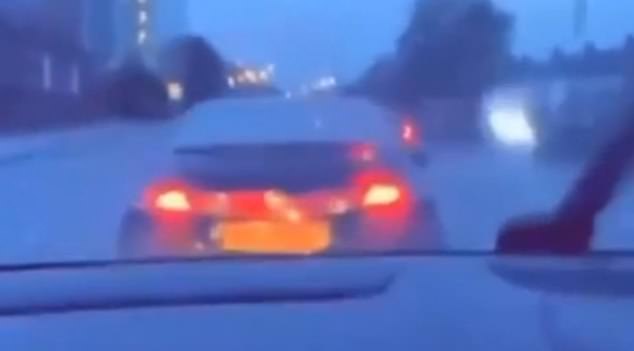 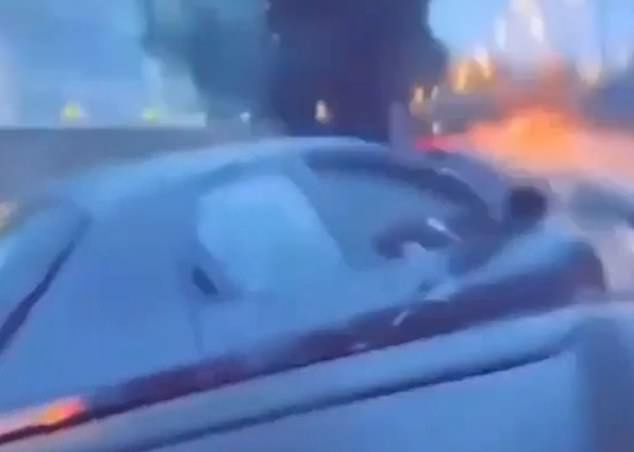 A second man can be heard saying ‘hit him on the bumper’ before the pursuing car edges closer to the rear of the victim’s vehicle.

As the car attempts to evade the thugs, it quickly pulls left, changing lanes as other drivers can be heard screeching their horns.

The pursuing vehicle again pulls behind the victim in an attempt to make contact before the victim then swerves right back into the fast lane of the A13.

As the gang’s car moves back behind the victim, a voice can then be heard saying ‘push him now, push him now’ while another can be heard shouting ‘get next to him’. 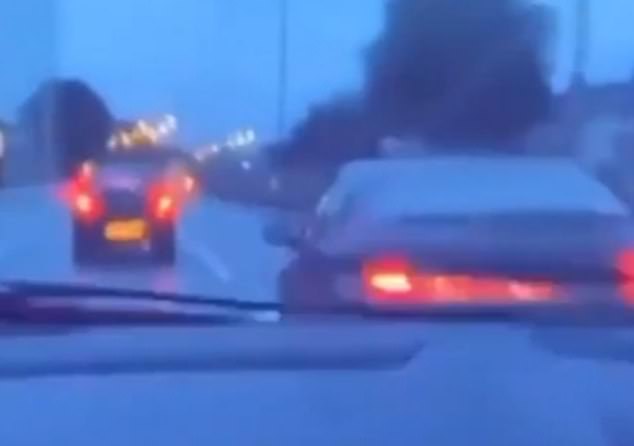 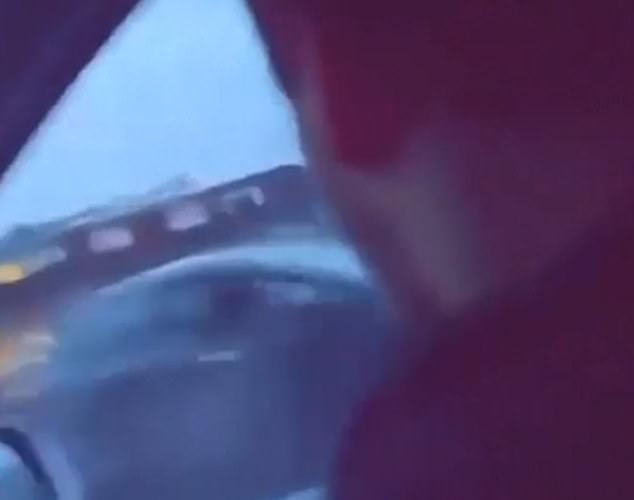 As the victim’s car spins, the men can be seen laughing and shouting before speeding away

They then make contact with the victim’s car and cause it to spin out in the middle of the carriageway as they speed past laughing and shouting out the window.

It is not clear if the victim was known to the men in the pursuing car or if this was just a random act of road rage.

A spokesman for the Met’s team in Newham said: ‘Police are aware of this footage and the matter is being investigated.

‘If anyone witnessed this incident or has dashcam footage, please make contact.’