A police officer who ‘persuaded’ his ‘brazen’ wife to take speeding points twice when he was actually the driver has been jailed for six months.

Mark Hinchcliffe, 43, who had worked for West Yorkshire Police for 18 years, was caught speeding twice between April and June 2021.

But on both occasions, his wife Lisa Hinchcliffe, who had worked for the force in a civilian role for 17 years, said she was driving.

Bradford Crown Court heard how Hinchcliffe, who was a PC based in Leeds, had five points on his licence at the time of the offences and feared for his job if he received a driving ban. 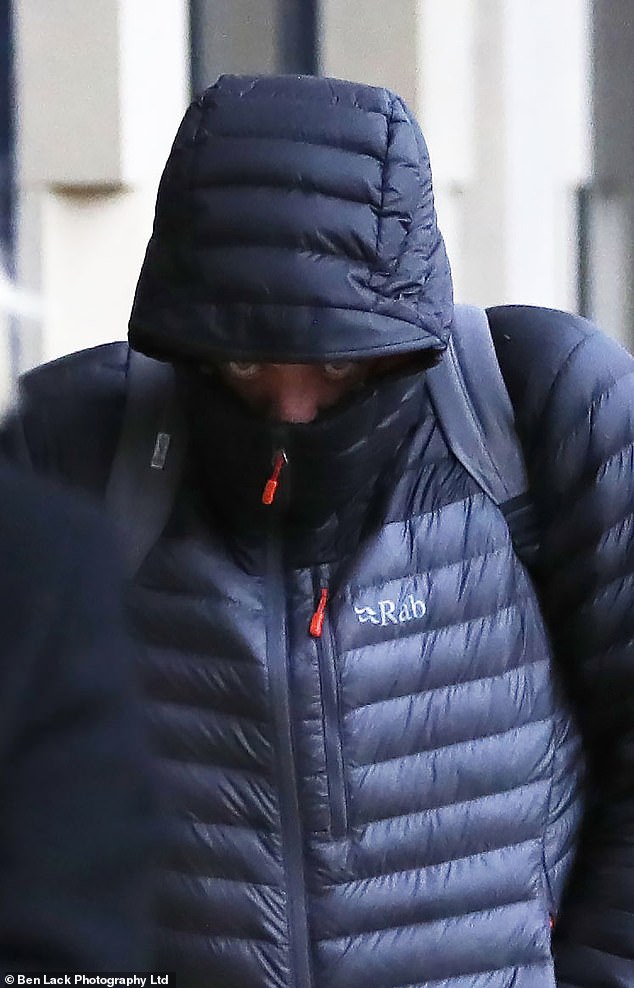 Mark Hinchcliffe, who had worked for West Yorkshire Police for 18 years, was caught speeding twice between April and June 2021 but he persuaded wife Lisa to take the points 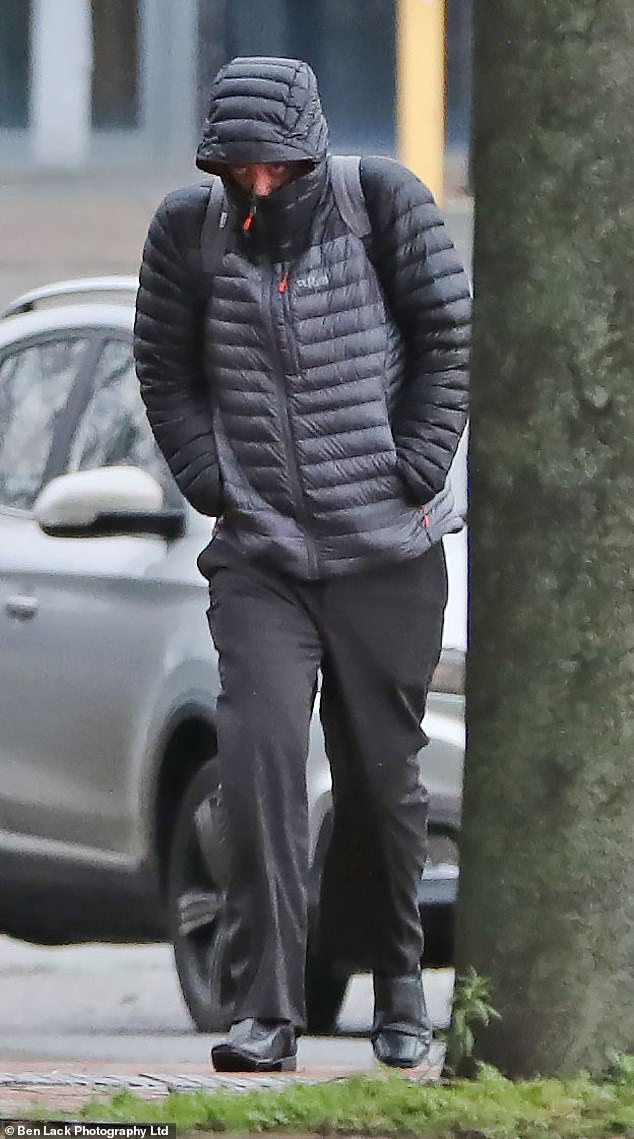 Bradford Crown Court heard how Hinchcliffe, 43, already had five points on his licence and feared for his job if he received a driving ban. He has now been jailed for six months

Mrs Hinchcliffe, 38, told police she was driving the family’s Volkswagen Passat when it was clocked doing 37mph in a 30 zone on April 30.

She was offered a driver awareness course, which she accepted.

And when their Renault Megane was clocked doing 36 on the same stretch of road on June 1, she again told police she was behind the wheel.

But after the case was investigated, it was revealed a male driver was pictured on both cars on both occasions.

The court heard Mr Hinchcliffe was identified as the driver by a police officer and the couple, who have two young children, were arrested.

The couple had exchanged messages in which Mrs Hinchliffe offered to take the points for her husband, it was heard. 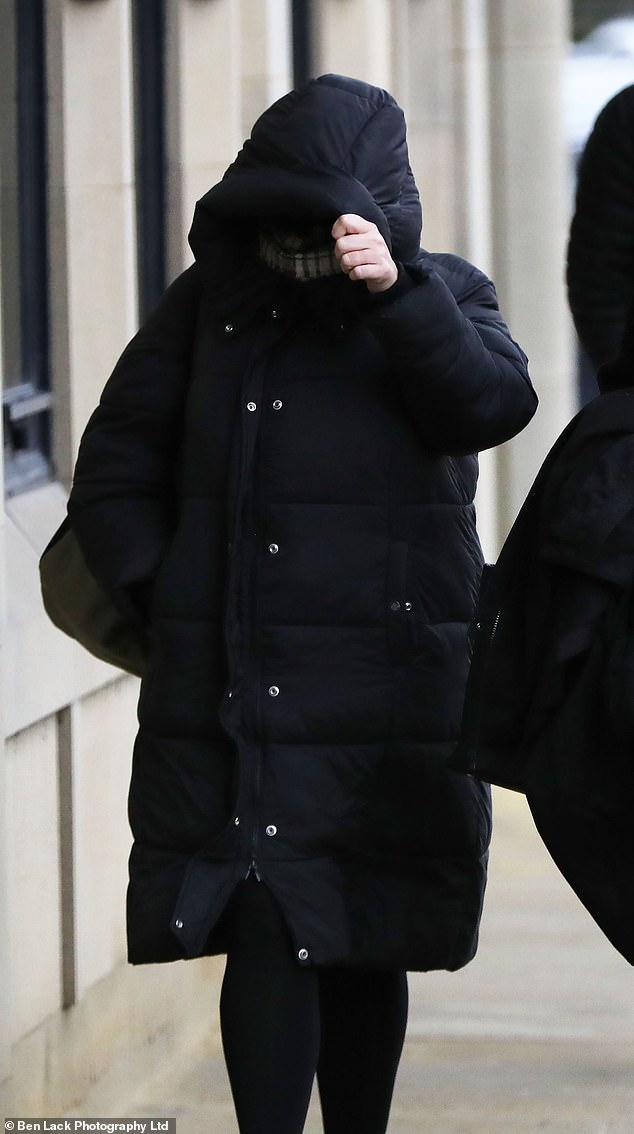 Lisa Hinchcliffe, 38, falsely told police she was driving the family’s Volkswagen Passat when it was clocked doing 37mph in a 30 zone on April 30, 2021

And in what the judge called a ‘brazen’ act, she discussed taking the awareness course with other family members in WhatsApp conversations.

They both admitted two counts of perverting the course of justice at a previous hearing and were today sentenced.

Mr Hinchcliffe was jailed for six months and banned for driving for 15 months, while his wife was given a four month sentence, suspended for two years.

The court heard they have both resigned from their roles within the police force since their arrest.

Judge Jonathan Rose told them: ‘Your case is a perfect example of a couple who thought they could try it on and get away with it.

‘That’s why you did it, because you thought you could get away with it. Those who stand in the dock for these offences are not like you. You were wrong.’

The judge said he accepted that prison would likely be unpleasant experience for a former police officer.

But he told Mr Hinchcliffe: ‘Everytime a police officer undermines the course of justice, it brings down the name of the police force.’

The court heard Mrs Hinchcliffe was caring for her elderly father who had been diagnosed with cancer as well as their children, aged 8 and 12.

Judge Rose told Mrs Hinchcliffe she did not think of her children when she committed the offences.

But he was thinking of them in suspending her sentence as he could not ‘in good conscience’ send her to prison immediately.

He told her: ‘You were no soft touch it would seem. You played your role, you discussed it with your husband, you researched it on the internet.

‘You approached this with great care.

‘Your punishment began the day you were arrested… it continues now having seen your husband taken into custody.’

Mrs Hinchcliffe was also banned from driving for 12 weeks and ordered to carry out 200 hours of unpaid work.

Speaking after sentencing, detective chief superintendent Nicola Bryar, of West Yorkshire Police’s Professional Standards Directorate, said: ‘Both the police and public quite rightly expect our officers and staff to abide by the law.

‘Mark Hinchliffe not only committed criminal offences in the first place by speeding, but when caught he has, alongside his wife Lisa, knowingly tried to affect the criminal justice process.

‘Honesty and integrity are fundamental values of the police service.

‘Both defendants were employees of West Yorkshire Police at the time of these offences but have since resigned their positions.’

The force said the couple now face a misconduct probe to consider whether they should be barred from working for the police in future.