PICTURED: Police issue CCTV of suspect as they say three sex attacks on girls aged 12 and 15 and a woman in her 20s in northeast London are linked

Police are searching for a man who assaulted two girls and a woman in linked attacks in north east London.

The man is suspected of targeting two girls aged 12 and 15 and a woman in her 20s.

According to detectives, the man approached a 15-year-old girl in Tottenham on Wednesday, January 20 and showed her pornography on his mobile phone. 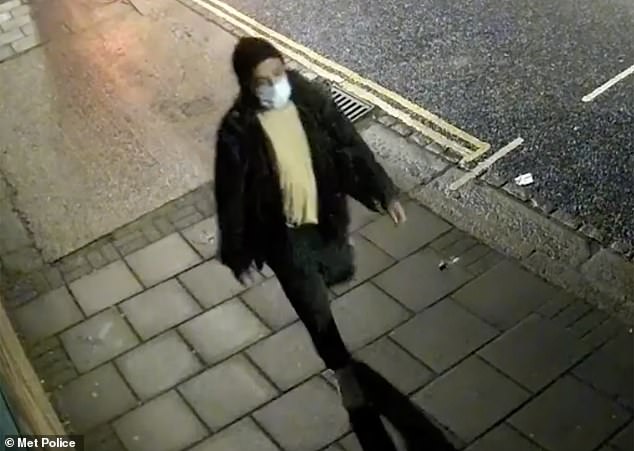 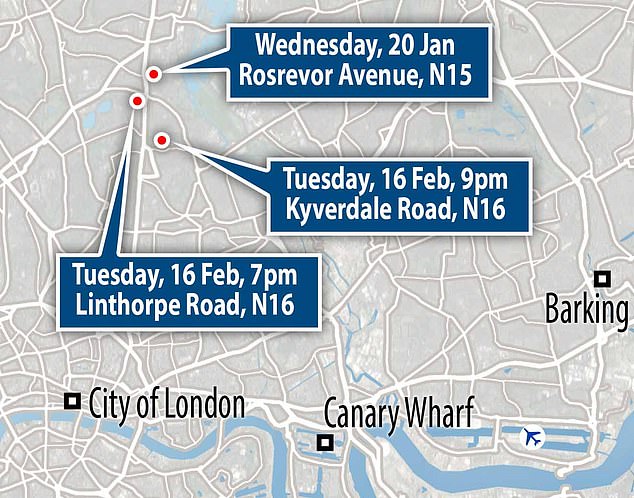 On February 16, around 7pm, the man approached a 12-year-old girl in the Stamford Hill area of N16 and exposed himself before running off.

Later that evening, around 9pm, a woman in her 20s was pushing a pram in Stamford Hill when the man approached.

According to detectives, the man pushed the woman and groped her before fleeing.

Officers investigating the incidents said none of the victims suffered any serious physical harm but were left traumatised by their ordeals.

Extra patrols have been deployed to the area to reassure local residents.

Detective Constable Patrick Godin who is investigating the three incidents said: ‘We are doing everything we can to identify and apprehend the man responsible.

‘I am asking local people to study the images and footage issued very carefully and contact us immediately if they have information that could help.

‘Please work with us to help keep your communities safe.’

Scotland Yard has asked anyone with information about the incidents or who recognises the suspect to call 101 or tweet @MetCC and quote reference 4603660/21.

People can also provide information anonymously to the independent Crimestoppers charity by calling 0800 555 111.