City of Westminster Police set up a safety cordon in Whitehall and the surrounding area following reports of a suspicious package.

A police cordon was place around the scene in Westminster, close to the Cenotaph, Downing Street, the MoD and Northern Estate of Parliament.

Whitehall was restricted at both ends by officers, while witnesses say a controlled explosion took place inside a phone box.

Following this, police say the item proved to be non-suspicious and they will reopen the road. 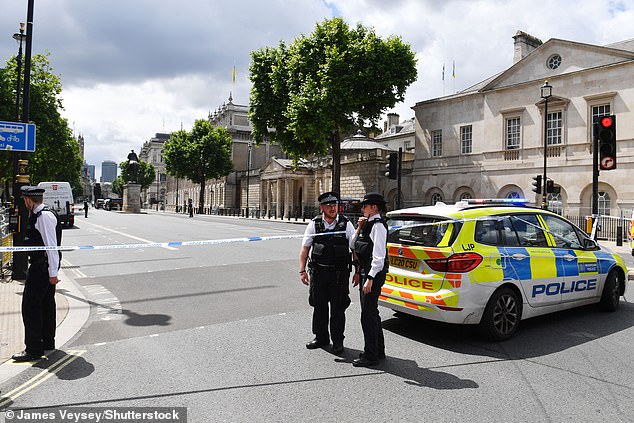 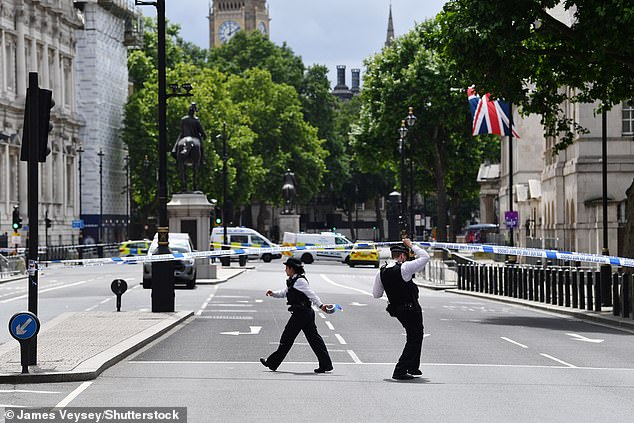 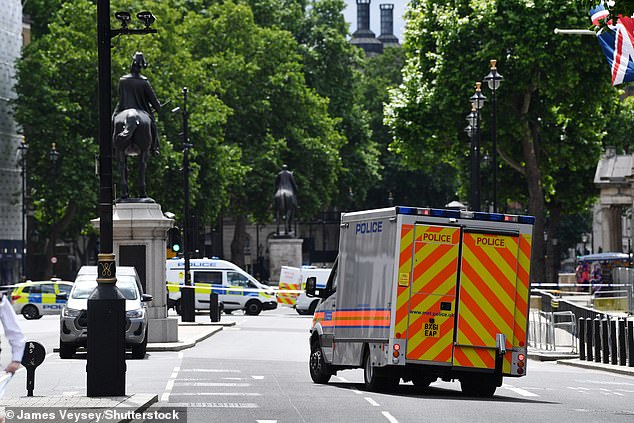 Parliamentary staff are also said to be currently being evacuated. 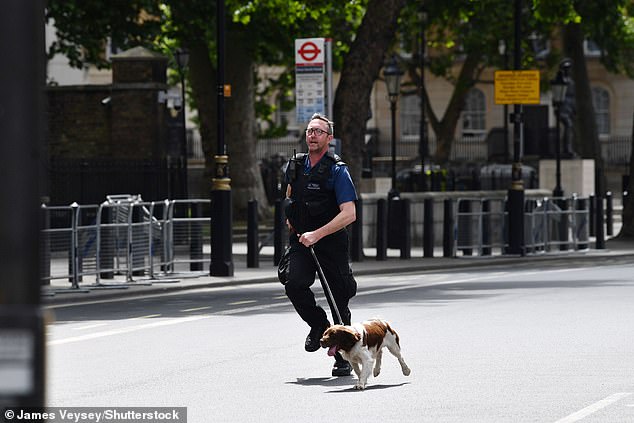 City of Westminster Police has asked the public to ‘please bear with us’ as they deal with the incident.

A Met spokesman: ‘Road closures and cordons are being lifted after a suspicious package was dealt with at Parliament Street, Westminster.

‘The item was found to be non suspicious. We thank the public for their co-operation while we dealt with the item.’

It is understood officers have brought a bomb disposal robot to the scene, with firefighters also present.

After investigation, the item was found to be non-suspicious and roads are being reopened 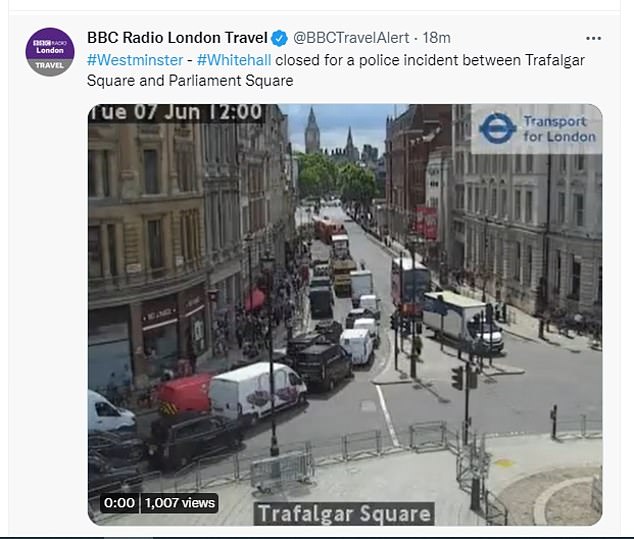