THE idea that cocaine is a drug of the middle classes is about as up to date as CDs, curtain haircuts and Ford Mondeos.

In 2019, cocaine is no more middle class than a pint of lager and a packet of crisps. 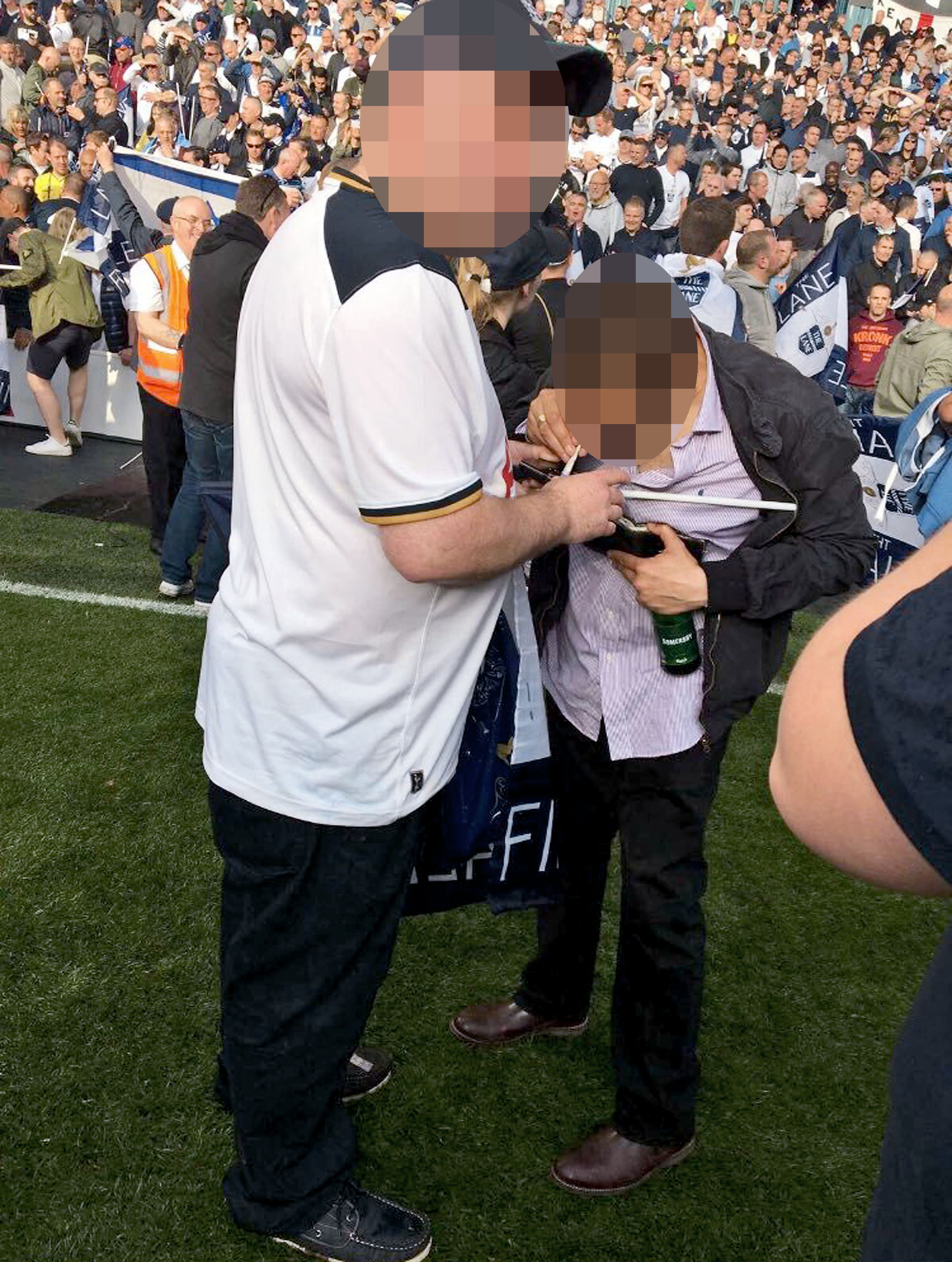 And yet over the last week we've been inundated by headlines hand-wringing over middle class drug use, prompted by Tory PM candidate Michael Gove admitting snorting it when he was a journalist in the 1990s.

Oxford-educated Gove is the anomaly though, as just over 3% of users earn over £50k.

Britain has now been dubbed the cocaine capital of Europe, with more than one in 10 (10.7%) of British adults believed to have tried the drug at least once in their lifetime – double the EU average of 5.4%.

Use of the drug has doubled in the last seven years, while deaths have quadrupled since 2011.

Its popularity has grown because it’s easier to get, more socially acceptable than ever, its purity is high and the average price of a gram has dropped to £50 – with some dealers offering two-tier supermarket-style prices such as £30 ‘basic’ and £70 ‘finest’. In 1989 the price of a gram of cocaine was a heart-stopping £250.

In fact, the drug's plummeting price means you are more likely to use cocaine if you are unemployed than a high earner. 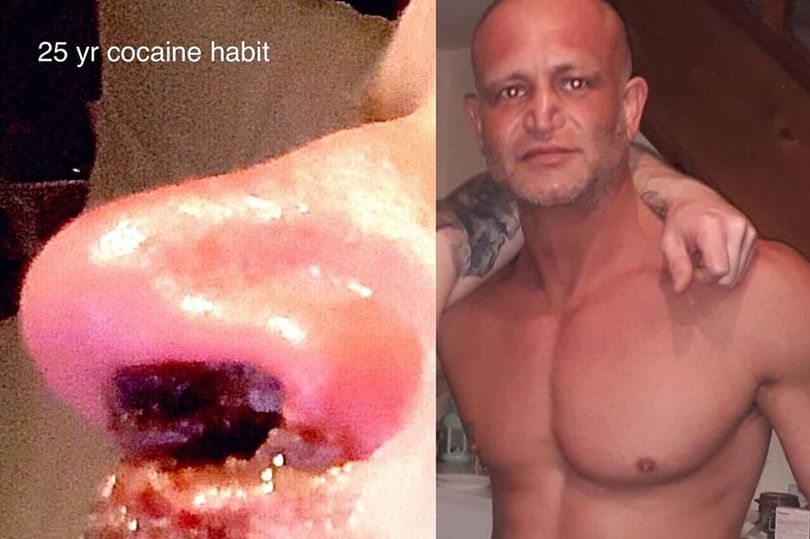 In the 80s, when armed robbers on the run in Spain started smuggling kilos of the stuff back home, cocaine was the elite delicacy of politicians and creatives.

Now, It’s still got its flashy, “I’ve made it” edge. But it’s just as likely to be found in the Dog and Duck than a posh wine bar.

Cocaine is now a drug of the football terraces, racecourse brawls and a night in the pub after a hard day’s grafting.

No longer is taking coke seen as shameful, in fact as pictures of a fake drug birthday cake which were posted to Facebook last year show, it's now become socially acceptable.

In one London council estate pub I went into recently the queue to hoover up cocaine in the bogs was longer than the one at the bar. 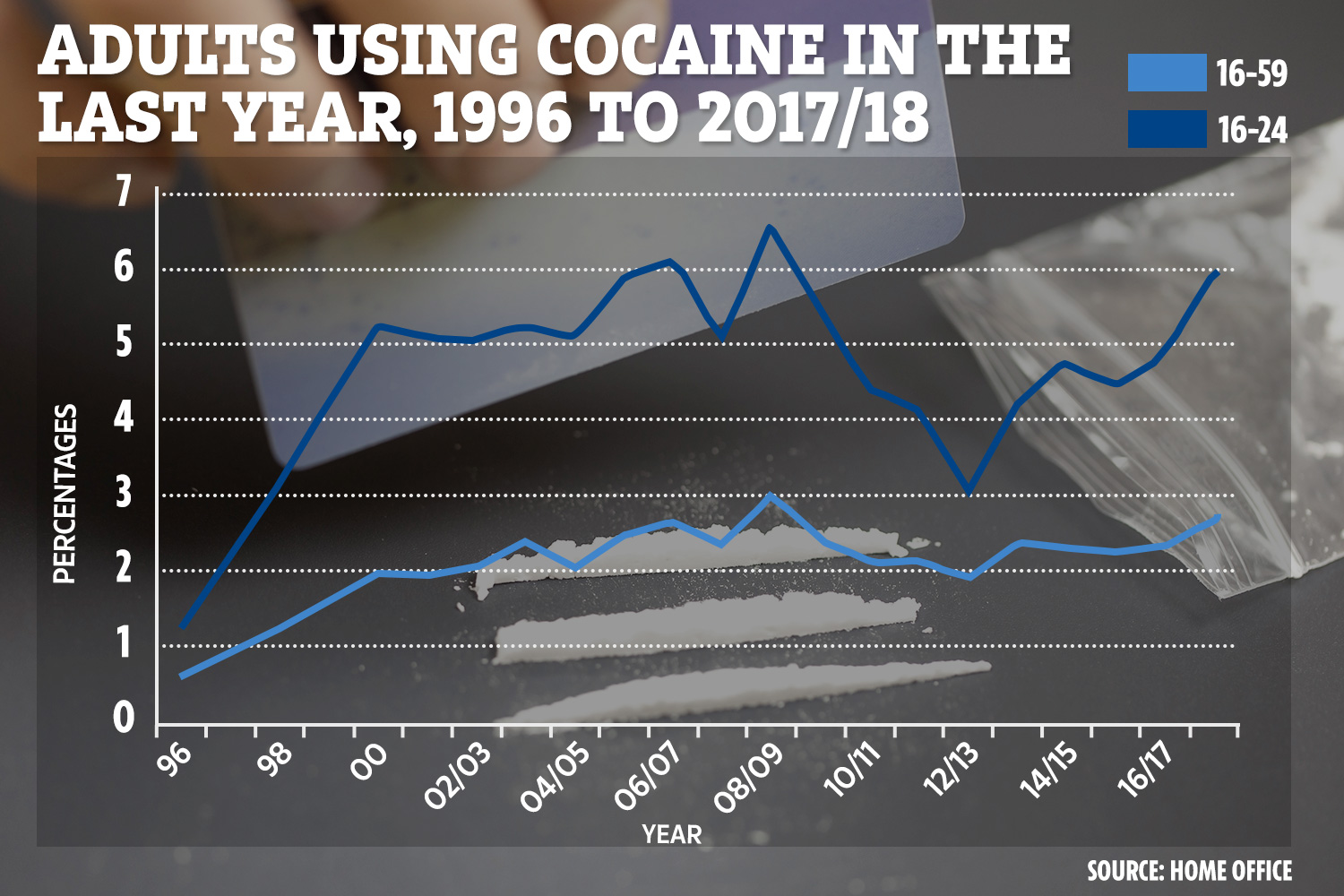 You don’t have to be Sherlock Holmes: cocaine’s ubiquity is right under our noses. Ever wondered why pub cubicles now have sloped surfaces over the cisterns? That’s because everyone’s been racking up lines in privacy and pub owners are keen to stop it.

Cocaine has proliferated across society and the class system, from students and old timers, to manual labourers and cabbies.

As the government statistics show, the most likely people to snort cocaine are under 24s, people who go to pubs and clubs a lot, students and those who rent their homes.

You are more likely to use cocaine if you never went to university than if you did.

The stats show use among young people aged 16 – 24 has been steadily rising – over the last six years, figures jumped from 4.1% to 6% among that age group. 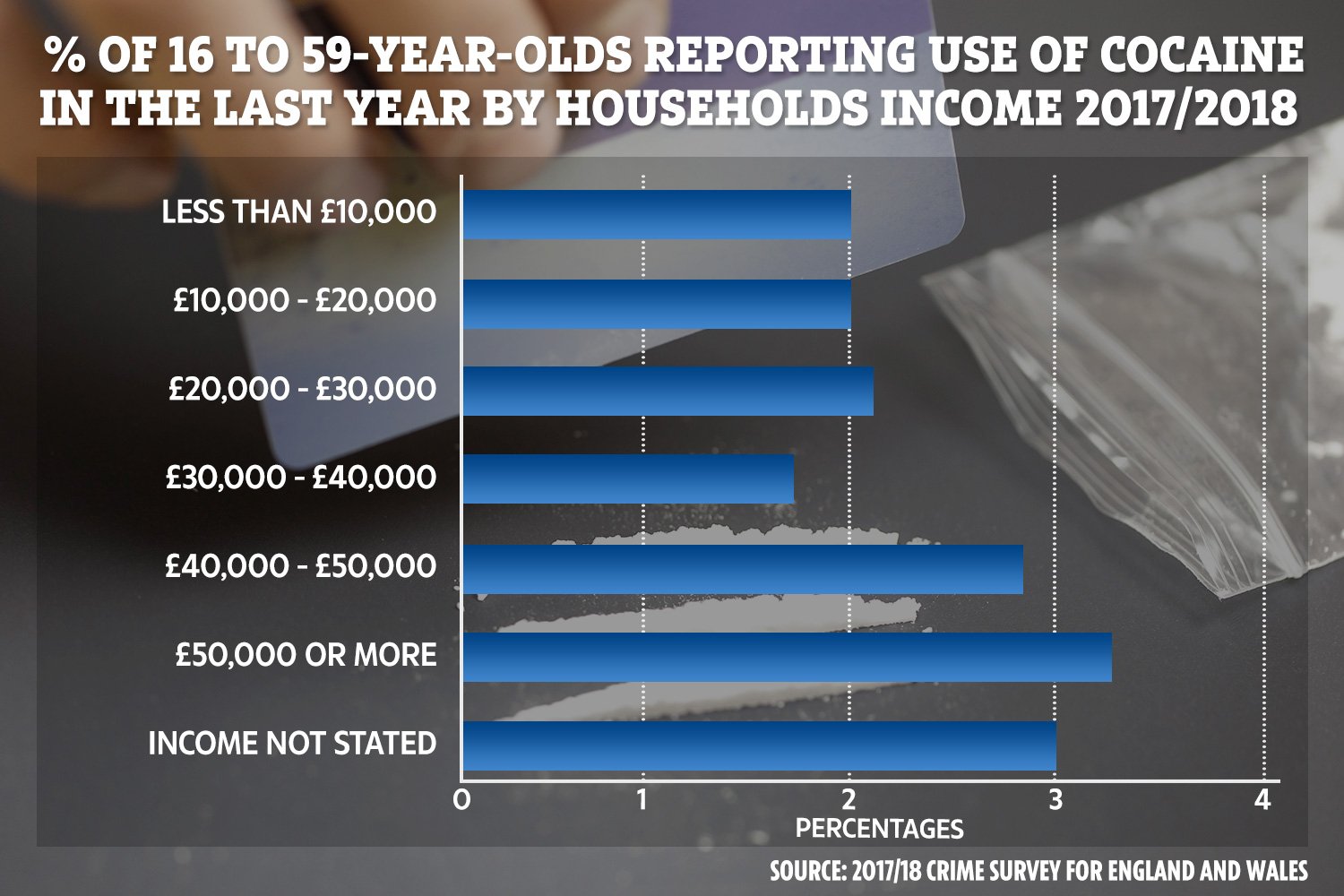 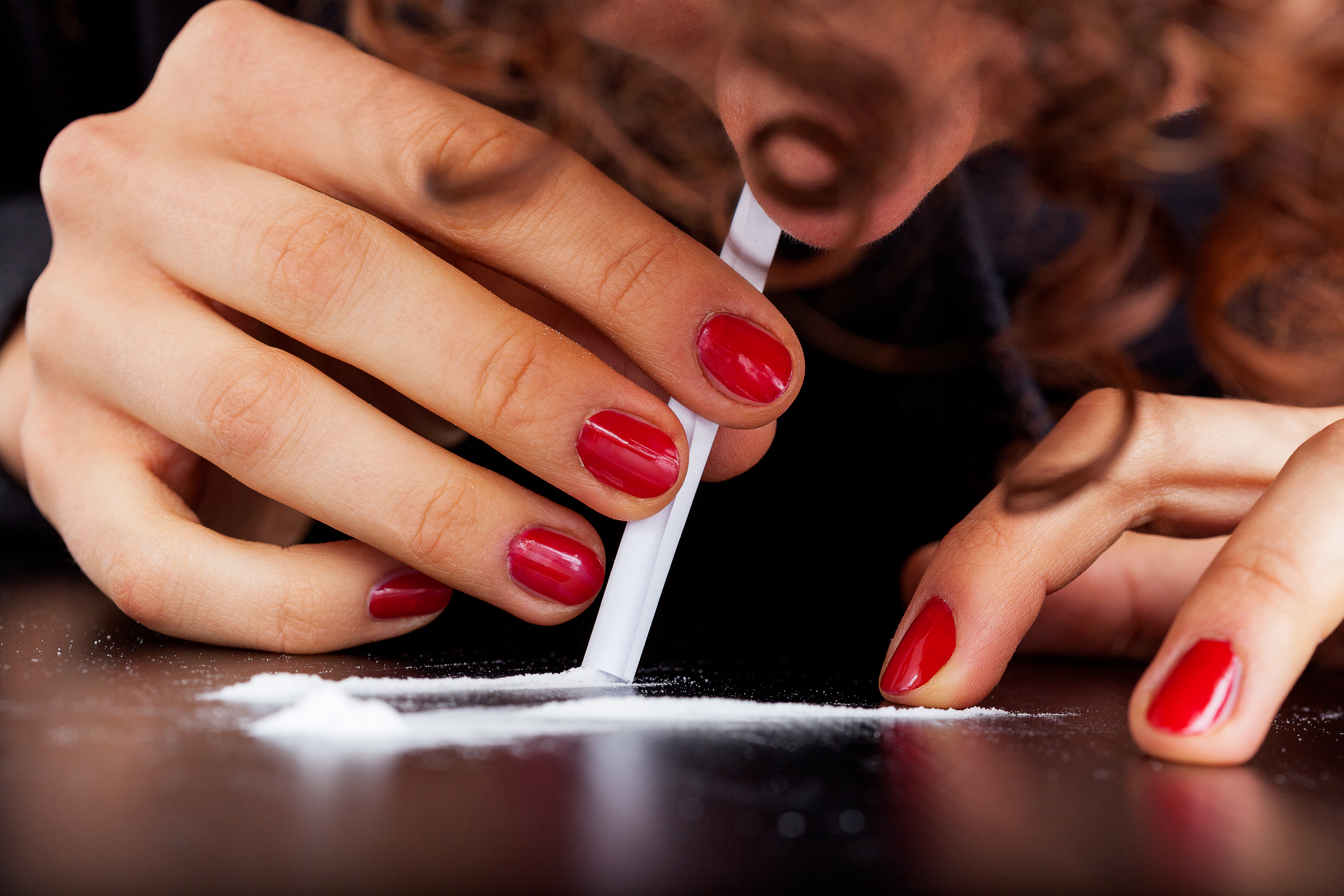 With an army of tech savvy dealers selling via social media and private messaging apps, cocaine – the second most popular illegal drug in the UK behind cannabis – is now as easy to order as a pizza or a cab.

In fact Home Office stats show, of those who have taken cocaine 81% said getting hold of it within 24 hours was easy – a higher number than of cannabis users at 67%.

Nor is it just hedonistic students snorting lines.

Drug workers tell me over the last five years they have seen a rise in the number of exhausted builders becoming addicted to cocaine after initially taking the drug as a daily pick-me-up in the portakabin.

Where this myth about cocaine being a “middle class drug” comes from I do not know. Or perhaps I do.

Since the rise in teenage street stabbings and shootings in London, those in charge have been struggling to come up with a reason behind the deaths, or a way of stopping the slaughter. But by summer last year, they had come up with a plan: blame the middle class cocaine snorters. 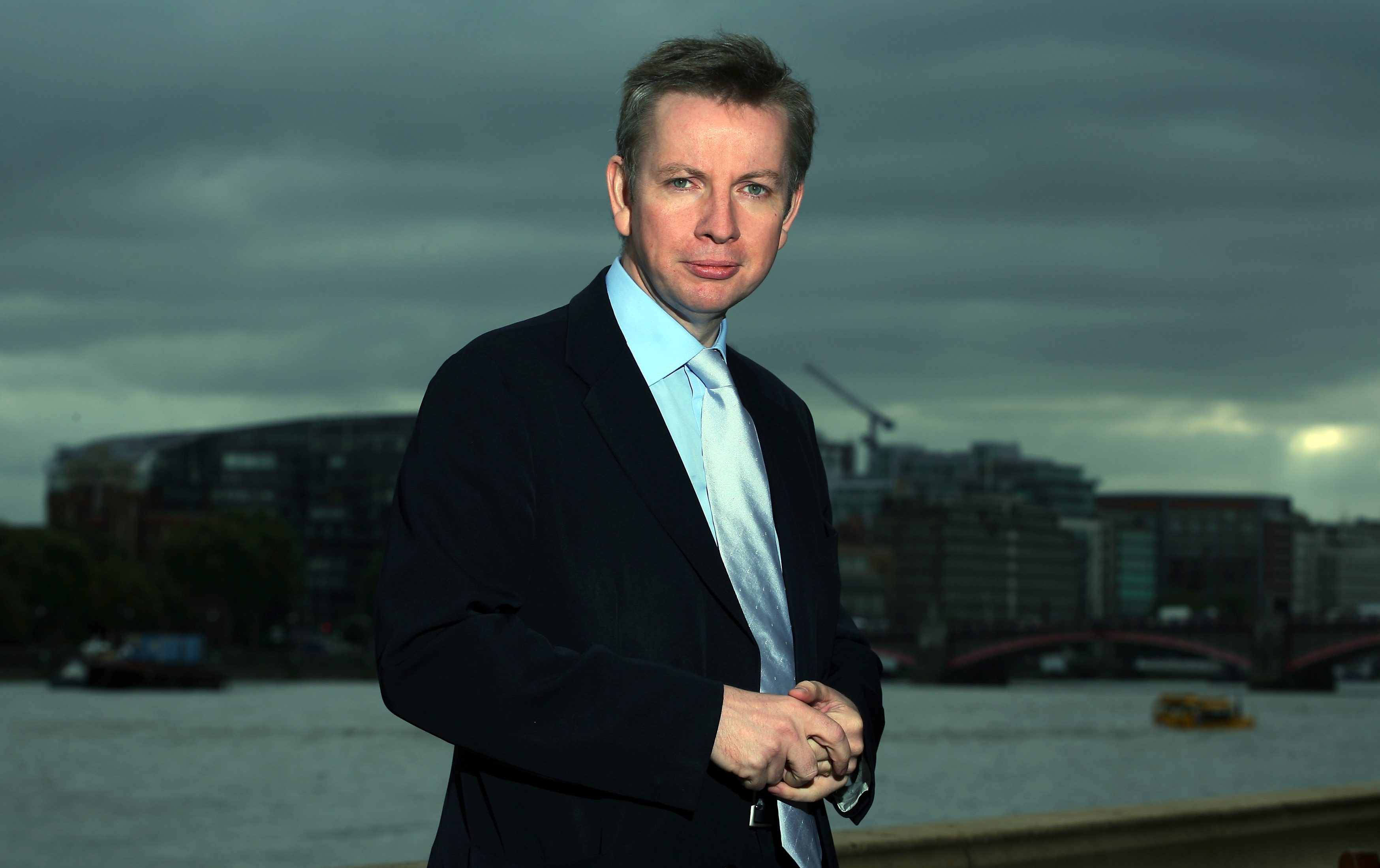 It was the perfect way of deflecting their collective cluelessness.

Labour MP David Lammy and London Mayor Sadiq Khan and police chiefs agreed: these spoiled, selfish cocaine users are the ones propping up a trade that ends with the murder of teenage dealers.

Which all sounds very woke.In reality, knife crime is an incredibly complex issue and pinning the blame on middle class users is a smokescreen.

In an investigation for VICE last year, I found that these kids may well sell drugs to make a living, but these were not gangland executions over drug turf, these were childish disputes over emojis and dirty looks. 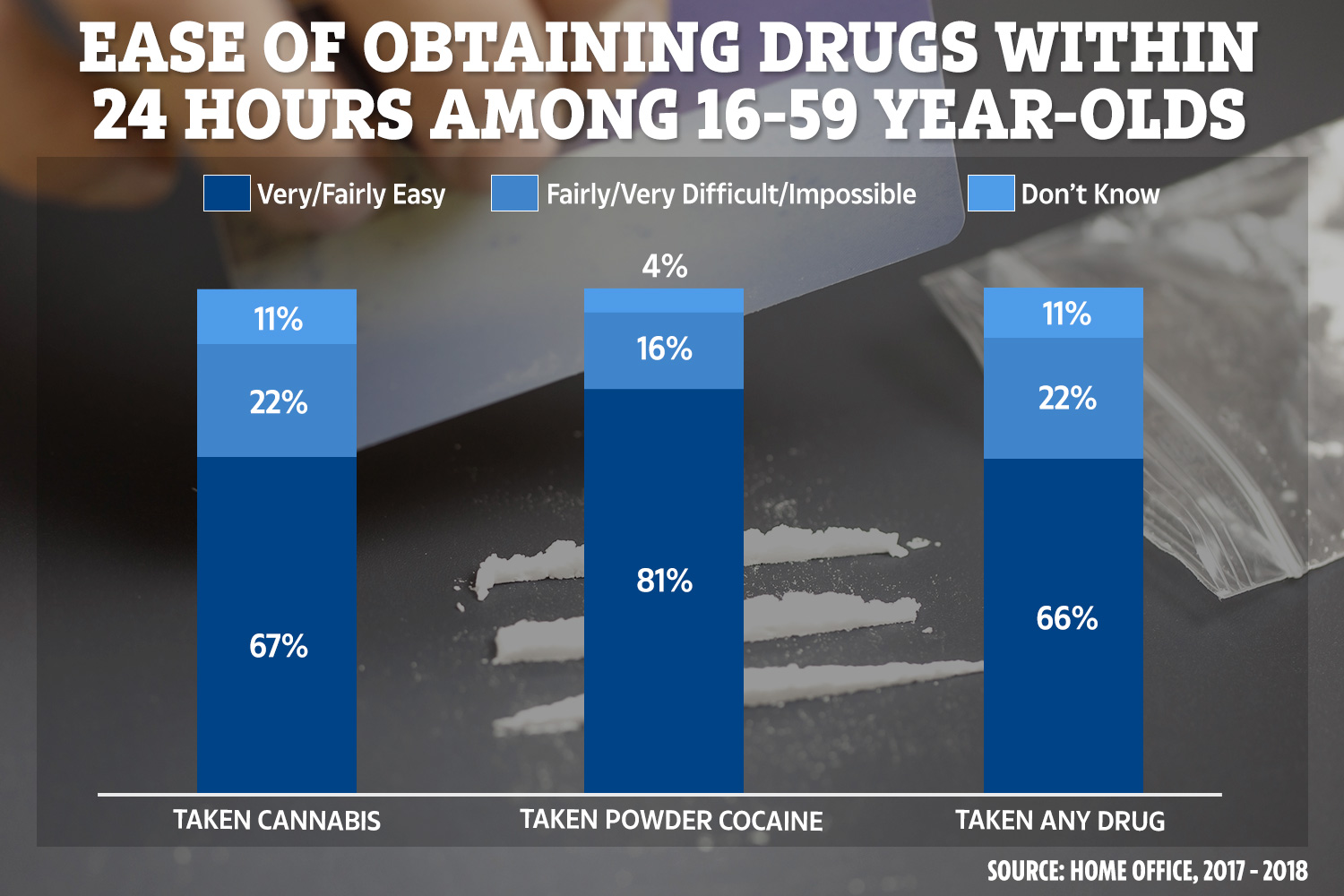 The UK's burgeoning dependency on coke is setting of a ticking mental health time bomb, as the drug-related deaths of Mike Thalassitis and Sophie Gradon from Love Island show.

In fact, the number of hospital admissions for mental health disorders linked to cocaine in England has trebled in the past decade.

A sobering statistic for cocaine users – no matter what class they are.