This little piggy went to rehab: A piglet had to be weaned off alcohol after owner fed the pet a diet of wine and crisps

A piglet is finally clean and doing well after being placed in rehab to recover from an alcohol addiction.

The pig named Eberhard was rescued by vets after being found living in a squalid flat in Germany where his owners fed him crisps and only gave him wine and spirits to drink.

He was placed in an animal shelter in Lippetal, North Rhine Westphalia, where he underwent a detox programme designed to ween him off alcohol and nurse him back to full health.

Two years on and his new owner Bianca Deichmann said Eberhard was doing well again. She said: ‘Eberhard was incredibly aggressive, anxious and didn’t know anything but the apartment he lived in. 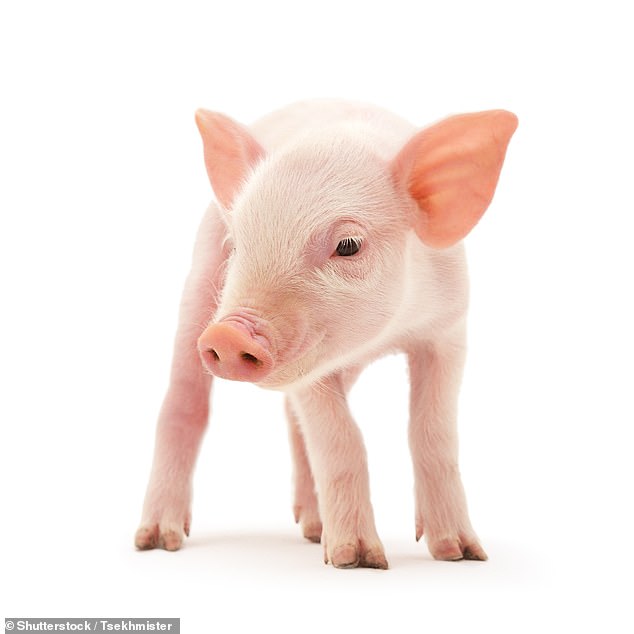 ‘But here he has become a totally cool, happy little pig.’

In Germany, people are legally entitled to keep mini pigs. There, the law considers them farm animals and each pig kept must be officially registered with the local veterinary office.

Also within 14 days of purchase, the owner must also register the pig with the ‘Animal Disease Fund (Tierseuchenkasse), which regulates the compensation paid for certain animals if they die due to epidemics.

Pig farmers who fail to register the animals, however, are personally liable for a fine of several thousand euros.

‘Mini pigs’ can still weigh up to 100 kilograms, and are extremely active. They need to move a lot and it is essential that they spent as much time outdoors as possible.

In 2017, a survey by the Federal Office for Agriculture and Food (BLE) revealed that a staggering 73% of owners of privately-held pigs had ‘inadequate husbandry systems to ensure the animal’s well-being.

It also said that the ‘social behaviour of the animal species is not taken into account’, which led to the pigs having often severe behavioural disorders.