Hammond’s ‘Brexit dividend’ billions: Chancellor could loosen the purse strings if a no-deal Brexit is avoided

The Chancellor could be poised to increase public spending as part of a ‘Brexit deal dividend’ if MPs back the Prime Minister’s Brexit deal.

Philip Hammond has reportedly pledged to plough billions of pounds into the public purse if a no deal Brexit is averted.

His Spring Statement is due to take place on March 13, the day after the ‘meaningful vote’ on Theresa May’s Brexit deal likely to take place.

March 13 is also the same day as MPs are expected to vote on whether to allow the Government to push ahead with a no deal Brexit with the statement due to happen first.

This would put immense pressure on MPs as they are poised to enter the voting lobbies for one of the most important votes in modern times. 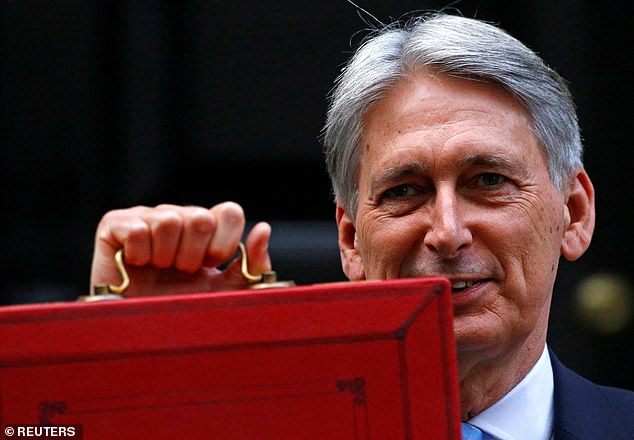 Philip Hammond will make his Spring Statement on March 13, the day after a meaningful vote and on the same day as MPs are expected to vote on whether to allow the Government to pursue a no-deal departure, assuming they continue to reject a deal agreed with Brussels 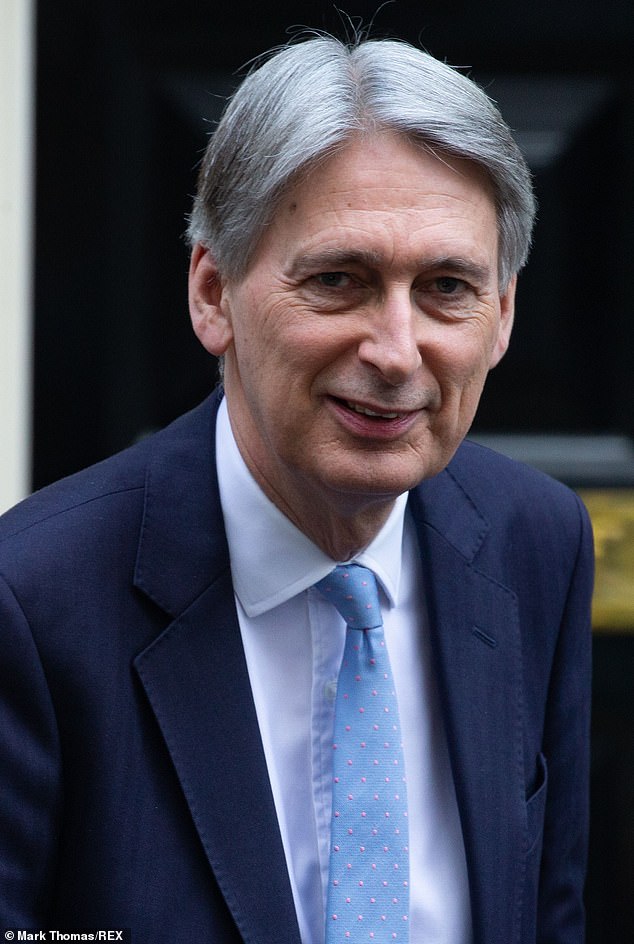 In October 2018, the Chancellor said there would have to be a new Budget outlined if Britain left the EU without a deal

In last year’s October budget, the Chancellor said some of the £15.4bn set aside may have to be used in the event of no deal.

But buoyed by strong tax revenue, the Treasury could be given more room to increase public spending later this year, the Financial Times reported.

Treasury officials told the paper there will be no changes to spending or tax in next week’s Spring Statement, which will be announced in the midst of a series of Brexit votes.

In October 2018, the Chancellor said there would have to be a new Budget outlined if Britain left the EU without a deal.

Mr Hammond is preparing to present his Spring Statement on March 13, the day after Mrs May’s

MPs want the Work and Pensions Secretary to “go one step further” and press Chancellor Philip Hammond to consider ending the longstanding freeze by 2019/20.

Ms Rudd has previously signalled she does not expect the freeze to be renewed in 2020.

The Work and Pensions Committee has written to Ms Rudd outlining their demand while also highlighting House of Commons Library analysis which suggests 2019/20 incomes for households affected by caps and freezes to benefits and tax credits since 2010 will be between £888 and £1,845 lower in real terms.