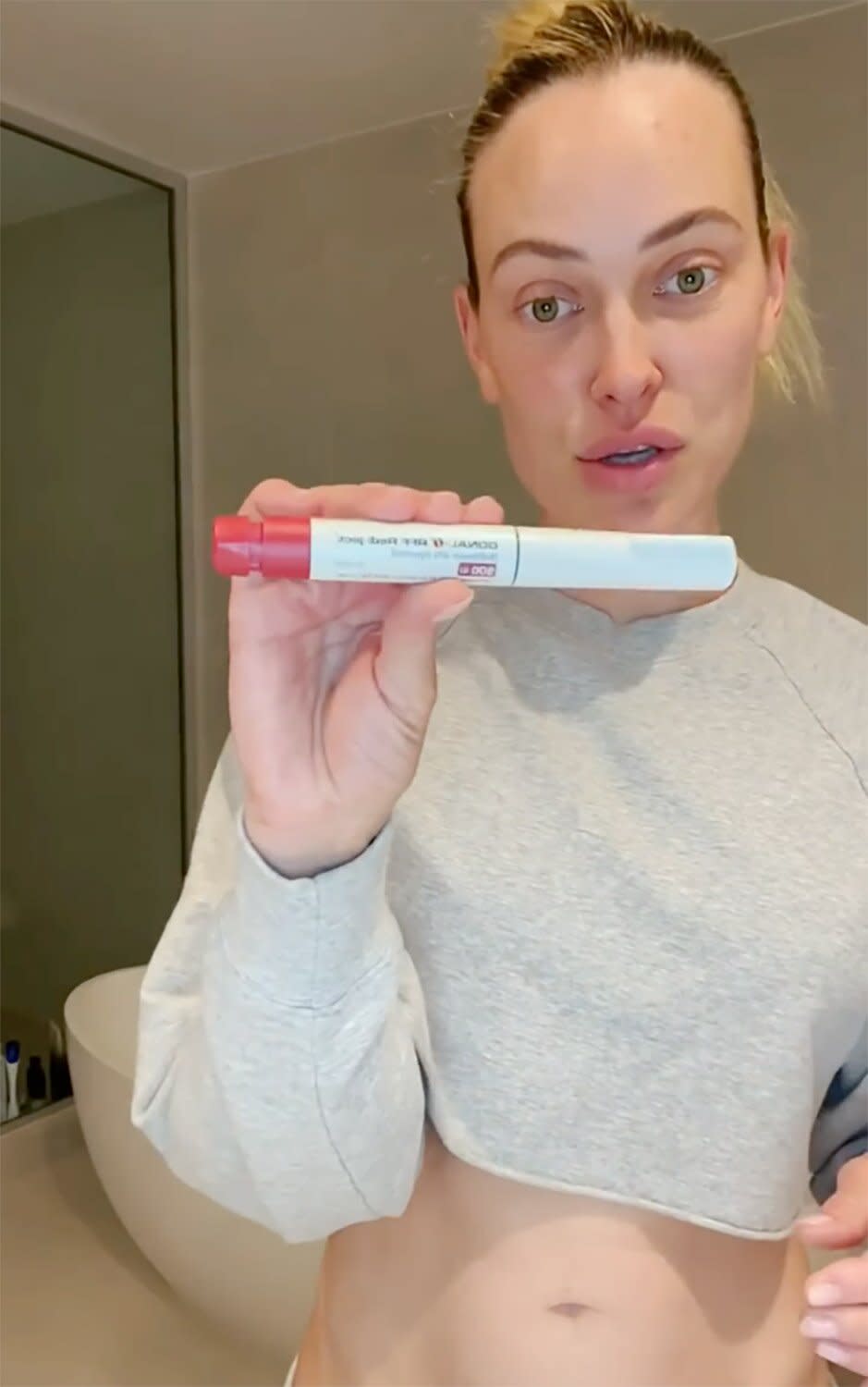 Peta Murgatroyd is getting candid with fans about the in vitro fertilization process.

The professional dancer, 35, posted a video to her Instagram on Wednesday, taking followers through her first round of injections as she and husband Maks Chmerkovskiy try for their second baby.

“My first night of IVF treatment 🙏🏻,” Murgatroyd began in the caption. “Taking you guys on this journey with me for baby no: 2 is actually kinda special and incredible. I love sharing stuff with you all, and well….this is me being as transparent as possible.”

Added the New Zealand native: “Let’s normalize the conversations surrounding miscarriages and IVF and create an environment that is more comfortable for all women ❤️ Thank you @[email protected] for making this possible for my family XO.”

In the nearly three-minute clip, Murgatroyd can be seen showing her fans her new nightly routine as she talked about the two different injections she’ll be taking. She then took one of the injections, telling the camera with a smile, “Finito! I feel fine. It’s done.”

RELATED: Peta Murgatroyd on How She Shared Miscarriages with Son Shai: ‘I Didn’t Know What to Tell Him’

Murgatroyd then took her followers through her second injection – one she needs to mix herself – and gave herself her second shot, before exclaiming, “Success! It’s done, it’s done!”

“Guys, I know there’s no promises, I know that this is a risk, a gamble, we don’t know what’s going to happen. But, this is the most excited I’ve been in a very long time,” she continued, adding, “Let’s make a baby!”

Murgatroyd’s video sharing her IVF journey comes less than a week after she and Chmerkovskiy, 42, opened up to PEOPLE about suffering three miscarriages over the last two years.

“I never thought that two healthy, athletic people could be in a predicament like this. It’s a lot to process,” Chmerkovskiy told PEOPLE.

“I try to do my best in supporting Peta. I’m a changed man because of this experience,” he added. “I think that if you look around, you will find that most of your friends have had issues [trying to conceive]. I realized that this is more common and this is not being talked about.”

“When? Why me? Why can’t I have another child when it was so easy in the past?” added Murgatroyd. “All of these questions just really bothered me and that’s what brought me to finally see a specialist.”

Now that the couple is working with a team of fertility doctors and has started the IVF process, they’re hopeful their son Shai, 5, will soon have the sibling they have longed to give him.

“For the first time in nearly two years, I feel excited,” said Murgatroyd, who doctors believe has polycystic ovary syndrome, a hormonal imbalance that can cause ovulation issues, leading to infertility. “I’m in a much happier place. I got answers.”

Added Murgatroyd, “I don’t have any other words but hope and positivity. I’m crossing my fingers that this is going to work.”