Police have charged Joshua Duperouzel with the murder of bikie associate Joe Versace who was shot twice at a workshop in Gnangara on Thursday, sparking a major police operation to catch his killer.

Duperouzel, 25, will appear in Perth Magistrate’s Court on Tuesday after being arrested by police on Monday following a public appeal to find him. 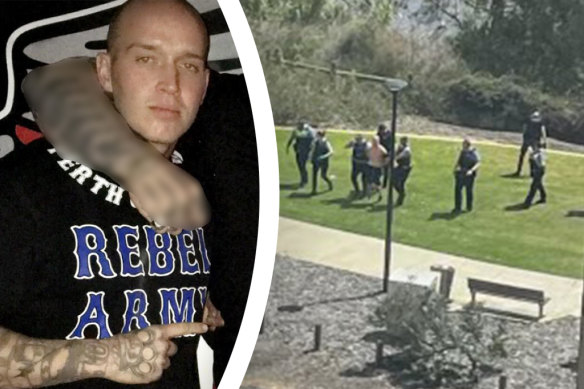 Joshua Colin Duperouzel has been charged with murdering Joe Versace.

“Our information suggests that he is on the periphery, that he has some connections with outlaw motorcycle gangs,” he said.

The charge comes a day after police arrested Rebels sergeant-at-arms Joshua Finch for allegedly dumping a bag full of guns at the end of a cul-de-sac in Gwelup.

The 30-year-old was under surveillance at the time.