People who confess serious crimes to a priest should be ‘denied forgiveness and told to hand themselves into police’, according to new advice from Church of England bishops

Sinners who confess serious crimes to a Church of England priest will no longer receive forgiveness unless they hand themselves in to police.

New guidelines for vicars say Christians who confess grave offences should be denied absolution and informed they risk losing their souls if they do not tell the authorities.

But vicars have been told they may not break the privacy of the confession to report criminals to police themselves. The guidelines from bishops follow months of Church agonising over whether to abolish the principle that confessed sins must remain secret. 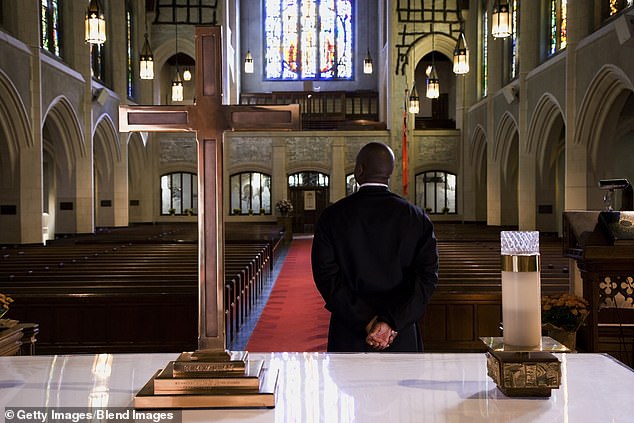 Bishops admitted last summer that they were divided over the role of confession and the duty of clergy to report what they know. The new guidelines, which also cover how to deal with paedophile parishioners and ‘acceptable touching’, follow a series of abuse scandals.

Former Bishop of Gloucester Peter Ball was jailed for 32 months in 2015 for sexually abusing 18 young men over three decades.

Ex-Archbishop of York Lord Hope was the subject of police inquiries in 2016 over his cover-up of serious child abuse by former Dean of Manchester Robert Waddington.

Other sections of the guidelines tell vicars that they cannot refuse to admit a known paedophile to church services.

But a church warden should follow them, sit with them in the pew and make sure they do not cause trouble. Parishes have also been supplied with rules on ‘acceptable touch’ which advise on how to have physical contact with children.

Vicars and anyone else working with children in a parish may hug them if it is done in public, but should hold hands only ‘to help with travel and stability’.

Clergy and staff are told that while they can sit side-by-side with a child, ‘you should discourage people you support from sitting on your lap’.

The Church of England does not have confession boxes, but priests can hear the sins of worshippers in private.

The secrecy of confession is required by a Church law laid down in 1603, which bishops had considered repealing.

The new guidelines say that if a disclosure of child abuse is made in confession by someone who wants to be forgiven for their sins, ‘the priest is forbidden from disclosing anything, including any criminal offence, which is revealed in the course of the confession.’ 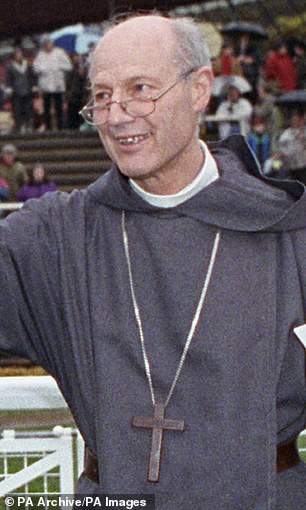 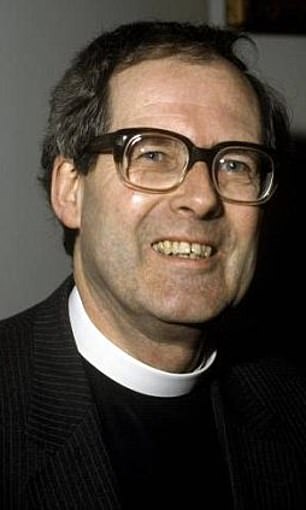 However, they add: ‘Where a penitent discloses in the course of such a confession that he/she has committed a serious crime, the priest should require him/her to report it to the police or other statutory authority and should withhold absolution if the penitent refuses to do so.’

The guidelines do not advise on how a priest can check if a penitent has contacted police.

They also stress that sex offenders may be banned from taking tea or coffee after a service and from joining the choir or bellringers.

Church of England priests should call in social workers or police officers before they carry out an exorcism on a child, new guidelines say

Priests should call in social workers or police before they carry out an exorcism on a child who is believed to be possessed by evil spirits, new Church of England guidance states.

It means that secular State officials will be involved for the first time in the religious process of casting out devils.

Current rules date from 1975, when ‘deliverance ministry’ procedures were updated in response to the popularity of Hollywood horror film The Exorcist. Since then bishops have had to give special permission for rites to be carried out.

Two priests, or a priest and an experienced lay minister, must take part, doctors should be consulted and ‘it should be done with the minimum of publicity’.

The new guidance, issued yesterday, says: ‘Deliverance is an area of ministry where particular caution needs to be exercised, especially when ministering to someone in a disturbed state.’

Clergy and Church officials were told to bring in child welfare specialists to help assess the situation or police if a crime is suspected.