This is the hilarious moment a pole dancing air steward gave passengers more than they had anticipated for with his sultry rendition of the evacuation procedures.

In the video, Southwest Airlines cabin crew member Nicholas Demore was seen performing a racy safety demostration routine for passengers as they prepared to take flight from Chicago to Nebraska.

Bethany Joy Brenes, 20, described the unexpected spectacle as an ‘unforgettable moment’ and believes it was the first time passengers on board a flight paid attention to the routine emergency instructions. 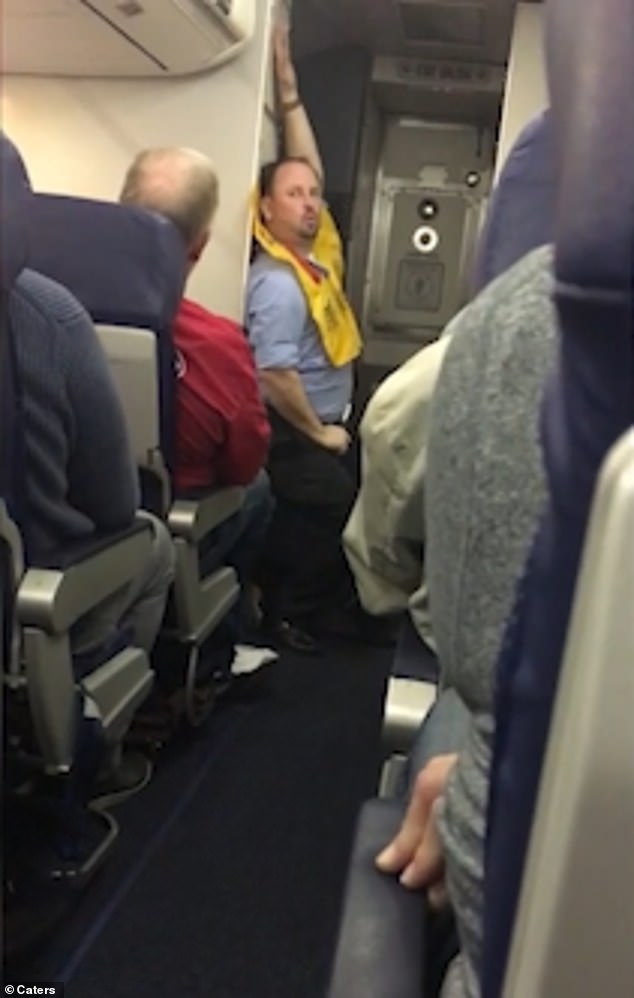 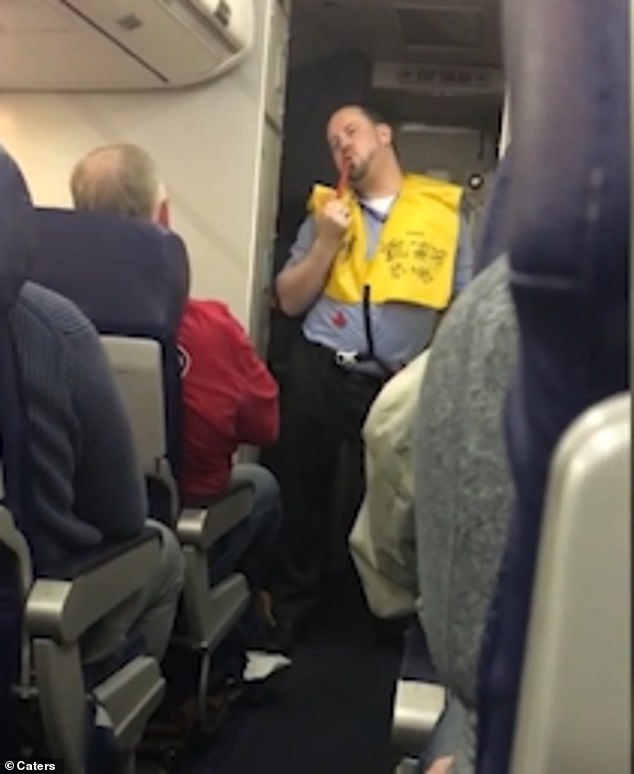 In the video, Mr Demore, who was wearing a yellow inflatable life jacket, pretended to create an extravagant pole dancing spectacle as he re-enacted the steps passengers needed to take in case of an emergency.

He suggestively used the inflatable tube for his life jacket before sassily strutting down the aisle in a Beyoncé-esque manner.

Throughout the performance shocked passengers were heard roaring with laughter at their rather amusing in-flight entertainment.

This is not the first time Mr Demore has delivered the far from predictable routine for his customers. 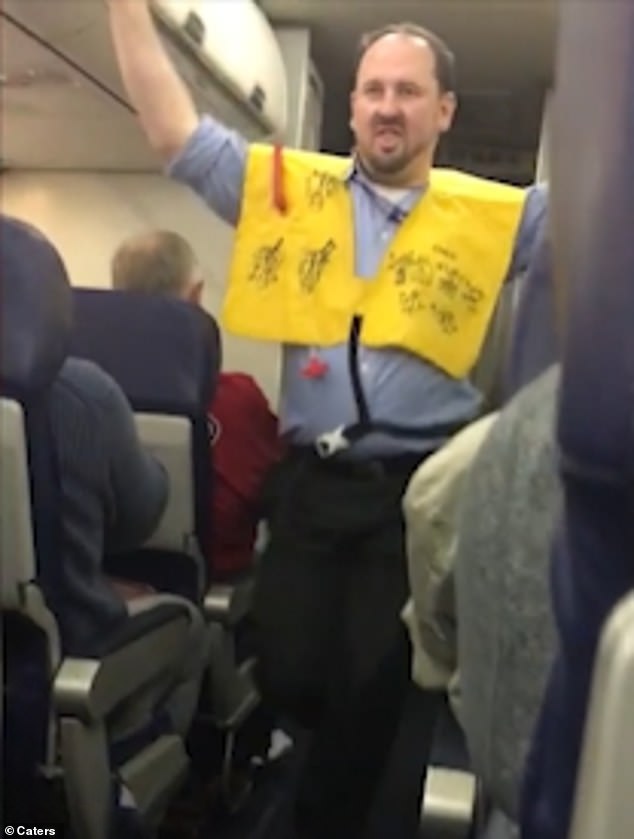 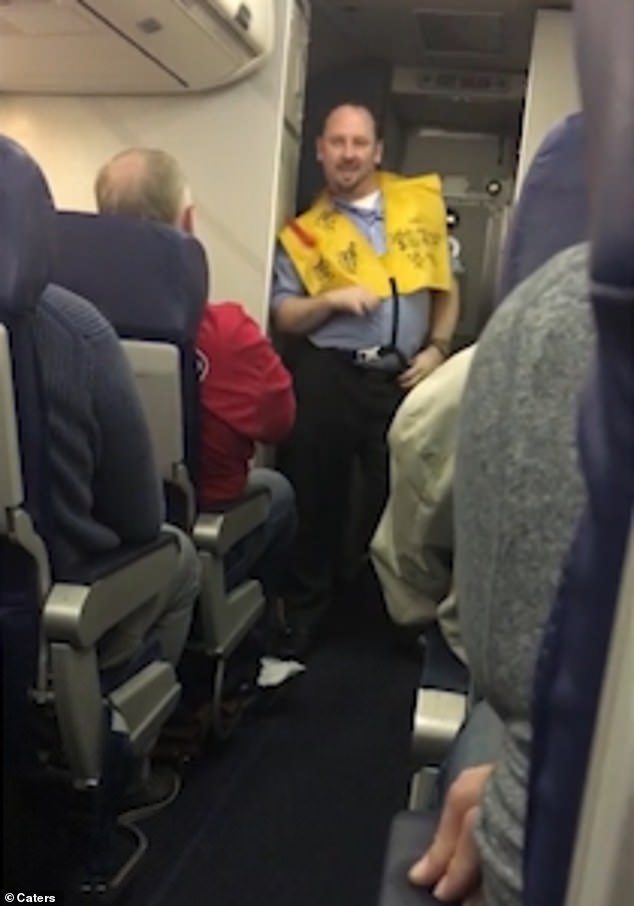 In 2017, while working on a Southwest Airlines flight from Dallas to Las Vegas the comical air steward was filmed delivering a sultry performance of safety procedures to amused passengers.

During the video he was seen pouting and shaking his hips as delighted passengers gasped in shock.

At the time Ms Kintner told local station WISTV: ‘Everyone thought he was hilarious. He was funny throughout the flight.’ 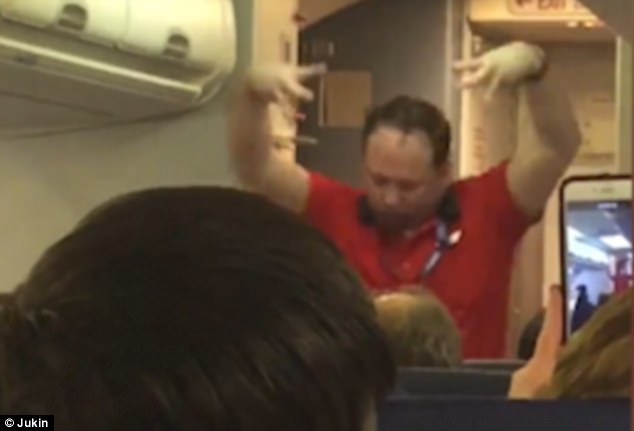 In 2017 the air steward became an instant hot after a clip of him went viral with more than 30,000 views 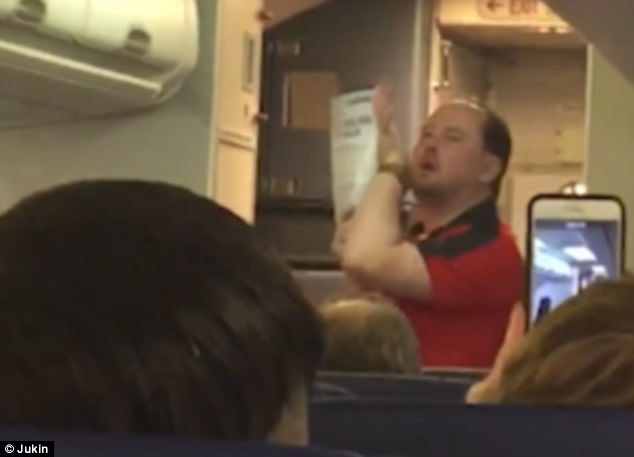