A section of Dromana Beach on the Mornington Peninsula has been evacuated after explosives equipment was found near a bathing box.

A Victoria Police spokesman said part of the foreshore had been cordoned off until the bomb squad could investigate the area. 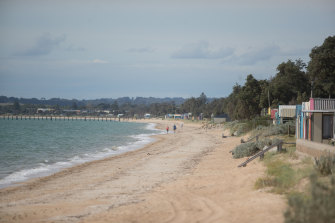 He said a family had found some detonators – devices used to trigger explosives – near a bathing box on Sunday afternoon.

They handed in the equipment at Rosebud police station.

The spokesman said the rear of Rosebud police station had also been cordoned off as a precaution until the bomb squad gives the all-clear.