PARENTS at the "UK's strictest school" have been left furious after their kids were slapped with detentions for wearing masks in class.

Teachers at Abbey School in Faversham have reportedly claimed the masks are a "barrier to learning" and have been punishing students who refuse to remove them during lessons. 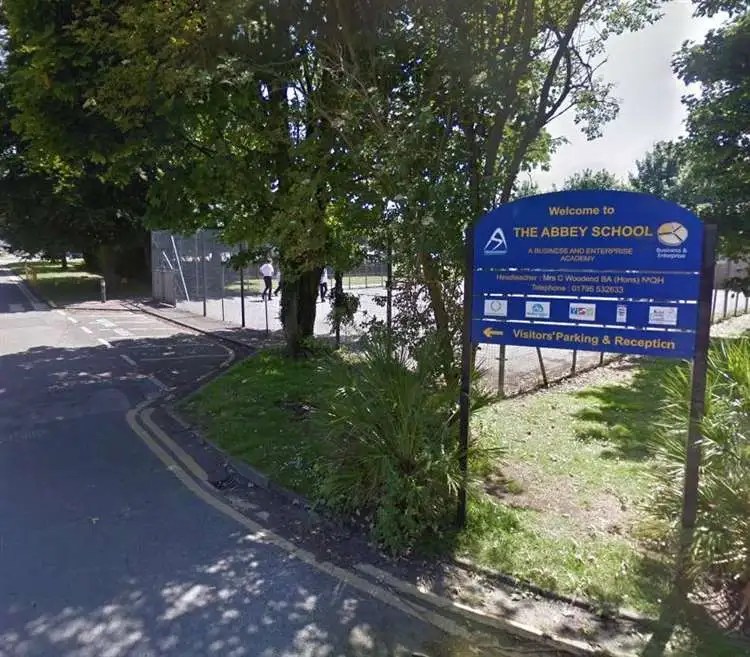 The policy has now left some pupils nervous about going to class as they fear they will catch the virus and give it to vulnerable relatives.

Under current government guidelines, pupils, teachers and visitors are all advised to wear masks in communal areas such as common rooms and corridors – but not in classrooms.

Elouise Gould, 33, said her daughter, Paige, has been put in "reflection" – a room for pupils banned from lessons – three times in just one week for wearing a face mask in the classroom.

She slammed the Kent school as "disgusting" for punishing her 13-year-old daughter for wanting to protect herself and others.

She told Kent Online: "My daughter has had Covid three times. She has a little brother on her dad's side and gave it to him.

"To protect ourselves and others she has worn her mask in class but she has been taken to reflection each time and has been put in detention.

"But then in reflection they have to wear a mask, which is ridiculous."

The furious mum added: "They are taking her out of class and [stopping her] interacting with teachers and with friends.

"In reflection, they are there with a book and a bit of paper, which she could do at home – where she would be safer."

Abbey School parent, Karly May, 32, said her son has chosen to wear a face mask to protect a terminally ill grandparent and his nine-year-old sister, who has chronic lung disease and a weak immune system.

But Albie May, 15, has been put in isolation and slapped with after-school detentions for masking up in class, causing him "unnecessary stress".

A spokeswoman for the school said masks are only recommended for secondary school pupils on public transport and when "moving around the school and in communal areas" – but not in the classroom.

She said face masks can "act as a barrier" in the classroom.

She told Kent Online: "The government is not recommending children wear face masks in classrooms, and previous national guidance has been clear this is because face masks can act as a barrier to effective communication, teaching and learning."

The spokeswoman said students are asked to wear masks in "reflection" as it is "a communal area and mixing with students from other years groups".

It comes after a harsh former headteacher, Barry Smith, sparked outrage among the school's parents after forcing their children to attend "discipline assemblies" and chant about good conduct.

The pupils were allegedly reprimanded for not maintaining eye contact with teachers or speaking too quietly when conversing with staff.

Mr Smith, who often visits troubled schools to try and turn them around, once dubbed students "detainees" and has a controversial reputation.

His latest project has saw some parents slam his problematic teaching methods, who said he left children "frightened" and in tears.