A man has been jailed for 12 years for two separate horrific attacks on citizens in Greater Manchester.

Jamie Forster, 21, slashed one man with a large machete and stamped on the head of a man in his 50s around 10 times, with both incidents taking place last year.

Claiming to be a ‘paedo-hunter’, Forster believed that both men were paedophiles, though his victims turned out to be innocent of any sexual assault crimes. 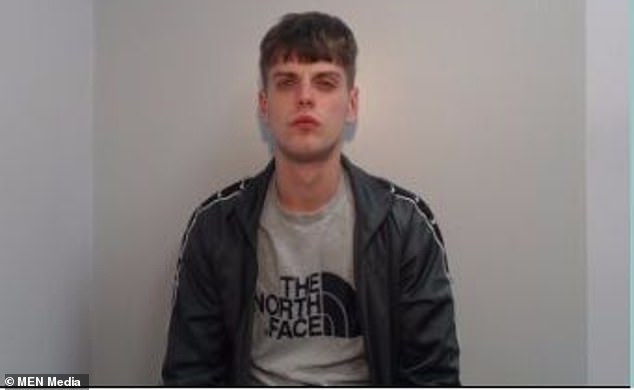 21-year-old Jamie Forster (pictured), who claims to be a ‘paedo-hunter’ has been jailed for 12 years after attacking two innocent men in Greater Manchester

The 21-year-old, who has previous convictions in battery and sexual assault, was handed a 12-year sentence at Manchester Minshull Street Crown Court.

He was also given a four-year extended licence period after pleading guilty to wounding with intent possession of an offensive weapon and causing grievous bodily harm.

The first attack took place on July 13 last year, when Forster slashed one man with a machete around ’30 to 40 inches long’ after the defendant shouted at two men outside a takeaway shop in Sale, Greater Manchester.

When his victim fell to the floor following the knife attack, Forster and a friend continued the attack by stamping on the man’s face. 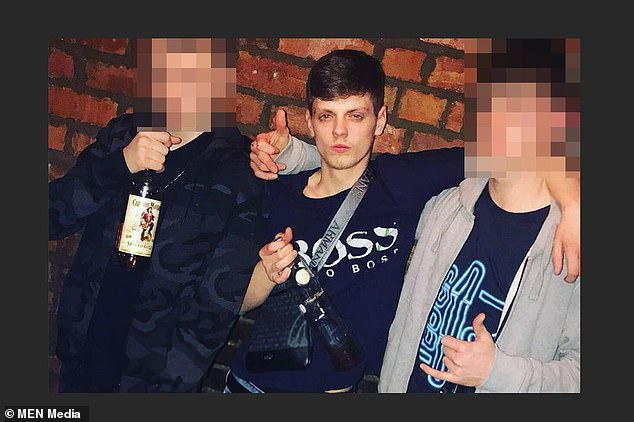 Forster (middle) slashed one man with a ’30 to 40 inch’ machete in July 2019, which left the victim with a fractured and and bruises and cuts to his face, arm and mouth

The victim’s hand was fractured and needed surgery, while he also suffered bruising and cuts to his face, arm and mouth.

A statement from the victim said: ‘Since the incident I have moved out of the area for fear of a future attack, which means I am limited in seeing friends and family from the area.

‘I struggle with panic attacks every time I go out and I had to stay off work.’

The second attack took place two months later in September, when Forster tripped up a man in his 50s and stamped on his face while accusing him of being a paedophile.

During the attack down a canal towpath in Sale, Forster stamped on the man’s head around 10 times while screaming , ‘you f****** nonce’, according to a witness.

The second victim suffered a sunken eye socket, swelling to the right side of his face and head and acute bleeding on the brain. He may require corrective surgery as a result of the attack.

The victim’s statement read: ‘I am concerned I will not be able to work again as a financial advisor. I’ve lost my confidence and forever feel like I am looking over my shoulder. 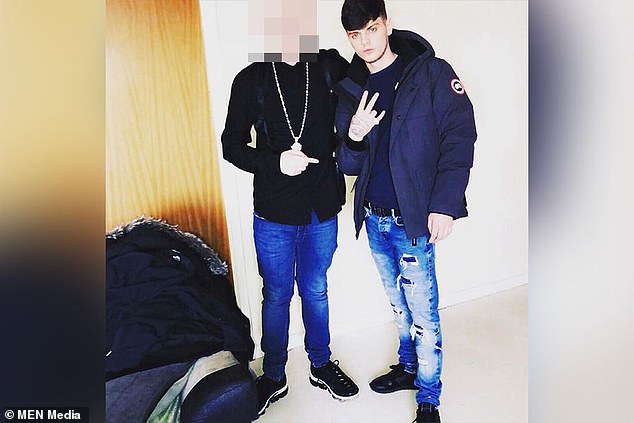 Forster attacked an innocent man in September 2019 by stamping on his victim’s head 10 times and calling him ‘a f****** nonce’. The attack left the man in his 50s with a sunken eye socket which may need corrective surgery

‘It’s had a negative impact on my family who have to look after me at home and I feel the attack has changed me.’

Defence lawyer Paul Hodgkinson claimed that Forster had a traumatic childhood, suffers from speech and memory difficulties along with suspected ADHD, while he also grieving for his late grandmother and a miscarriage his partner suffered in the lead-up to the attacks.

Mr Hodgkinson added that these were not excuses for his action.

Judge John Potter, who confirmed that the two victims were not threats and were not involved in sexual assault crimes, said: ‘These two unprovoked attacks were mindless and sickening towards others.

‘It’s clear you are a violent and dangerous offender with a willingness to resort to extreme violence without provocation.’