Residents have been left outraged after an anti-abortionist posted ‘horrific’ images of unborn fetuses through their letterboxes – disguised as Christmas cards.

Disgusted residents have called police after dozens of the double-sided leaflets were delivered in Canterbury, Kent.

The flyers, which are enclosed in brown envelopes addressed to ‘The Resident’ read, ‘you cannot celebrate Christmas and support abortion’.

She said: ‘I was absolutely horrified to open up the envelope.

‘People will probably think it is a Christmas card, but when they open it up they’ll be met with that terrible content.’

It is not yet known who or what group the graphic post if from. 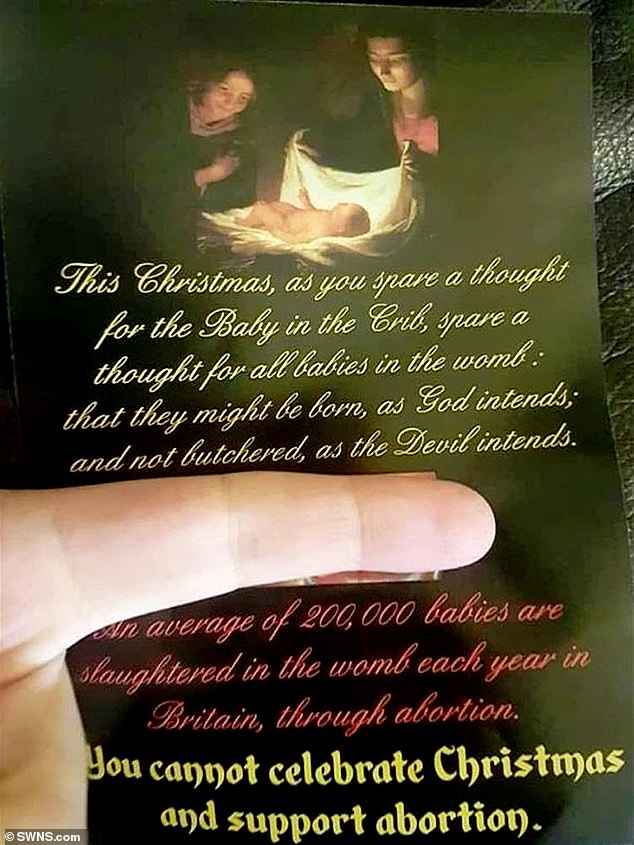 It goes on to state that ‘an average of 200,000 babies are slaughtered in the womb each year in Britain, through abortion.’

Miss Joliffe, who lives in the city centre, added: ‘Everyone has a right to their personal beliefs but posting such content through front doors is not on.’

She has now contacted the police regarding the post.

Carole Orby said on Facebook: ‘Imagine a young child seeing this come through the letterbox and getting all excited because they can see a picture of baby Jesus.

‘Then, the poor little thing sees the graphic pictures, how traumatising could this be?!? 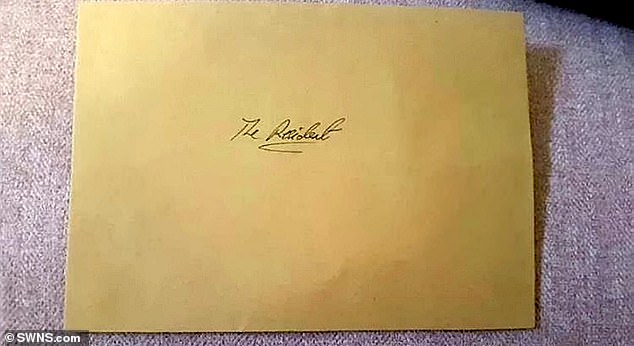 ‘I am disgusted that they misrepresent all the love ly Christian people out there who would not want to be associated with anything as low as this.’

Laura Pearson posted: ‘That’s pretty sick putting those through letterboxes.. What if a child sees it? Or someone who’s had to have an abortion?

‘Most people don’t want to see whatever those images are. Don’t judge people, people have their reasons and choices for abortion, and these nasty leaflets are sick.’