A DAD who didn’t recognize his severely burnt wife lying in the road as she tried to escape Oregon’s wildfire hell tragically later learnt his son and mom-in-law were also killed.

Brave Wyatt Tofte, 13, had tried to drive his grandma, Peggy – who had a broken leg – and his dog, Duke, away from the flames, but all were found perished in a car. 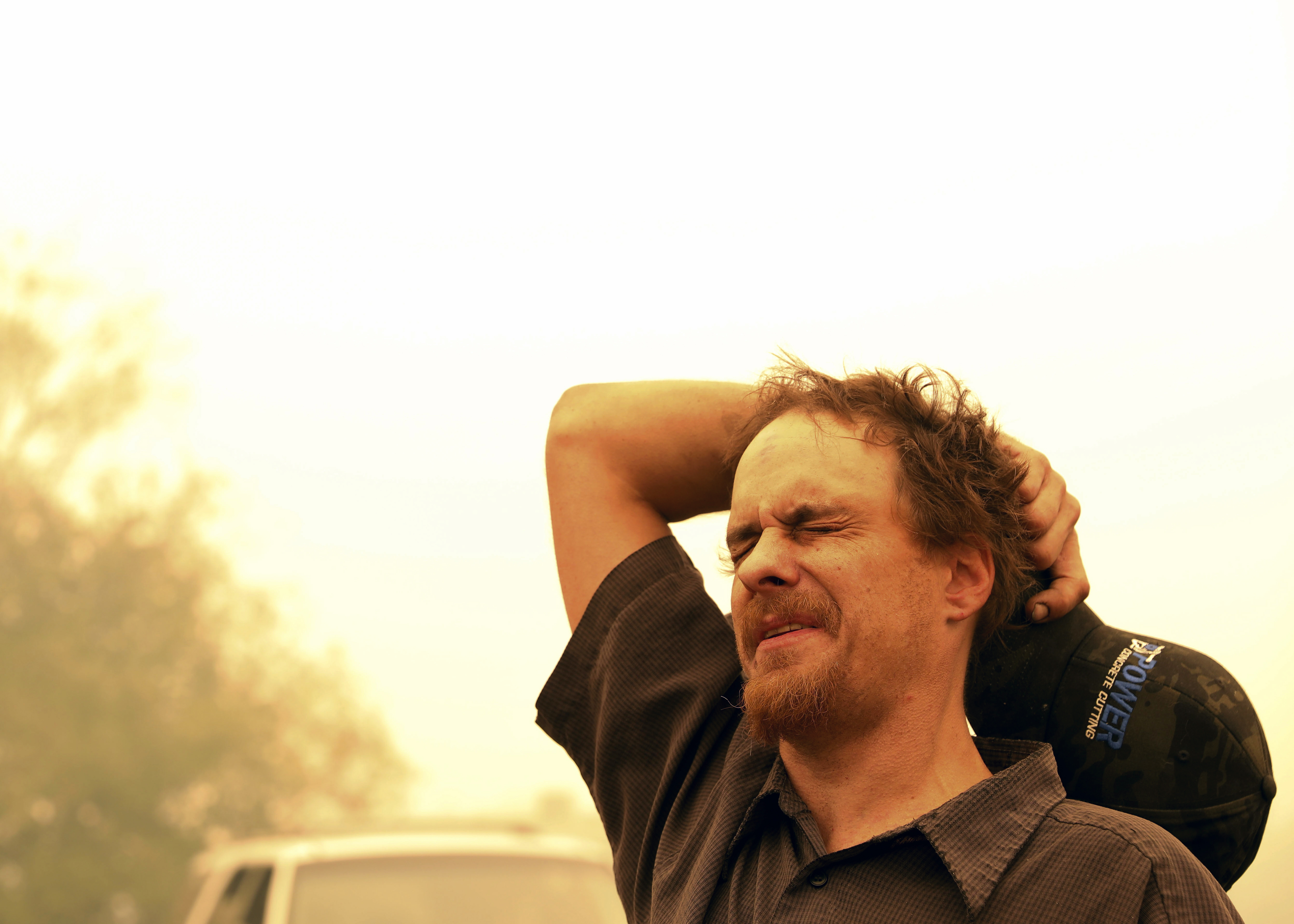 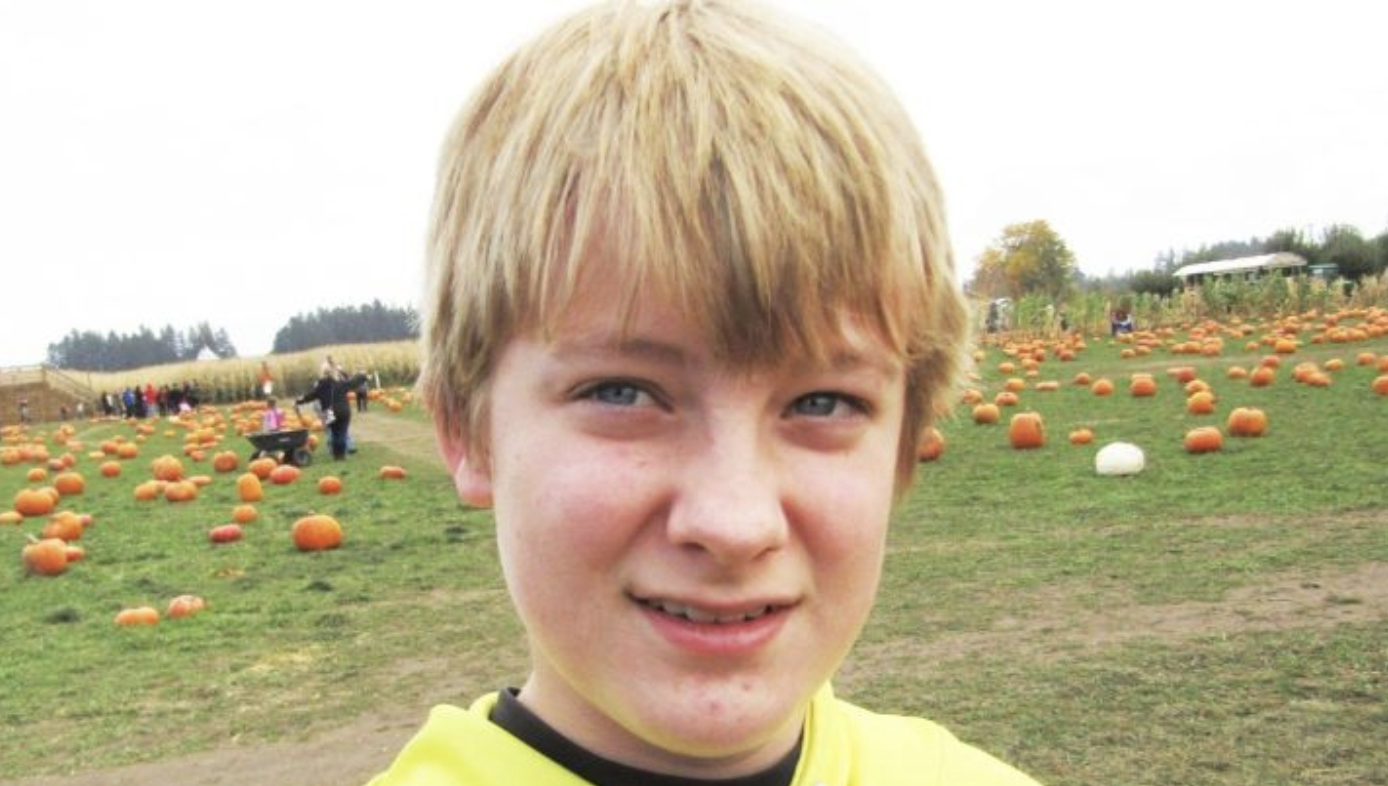 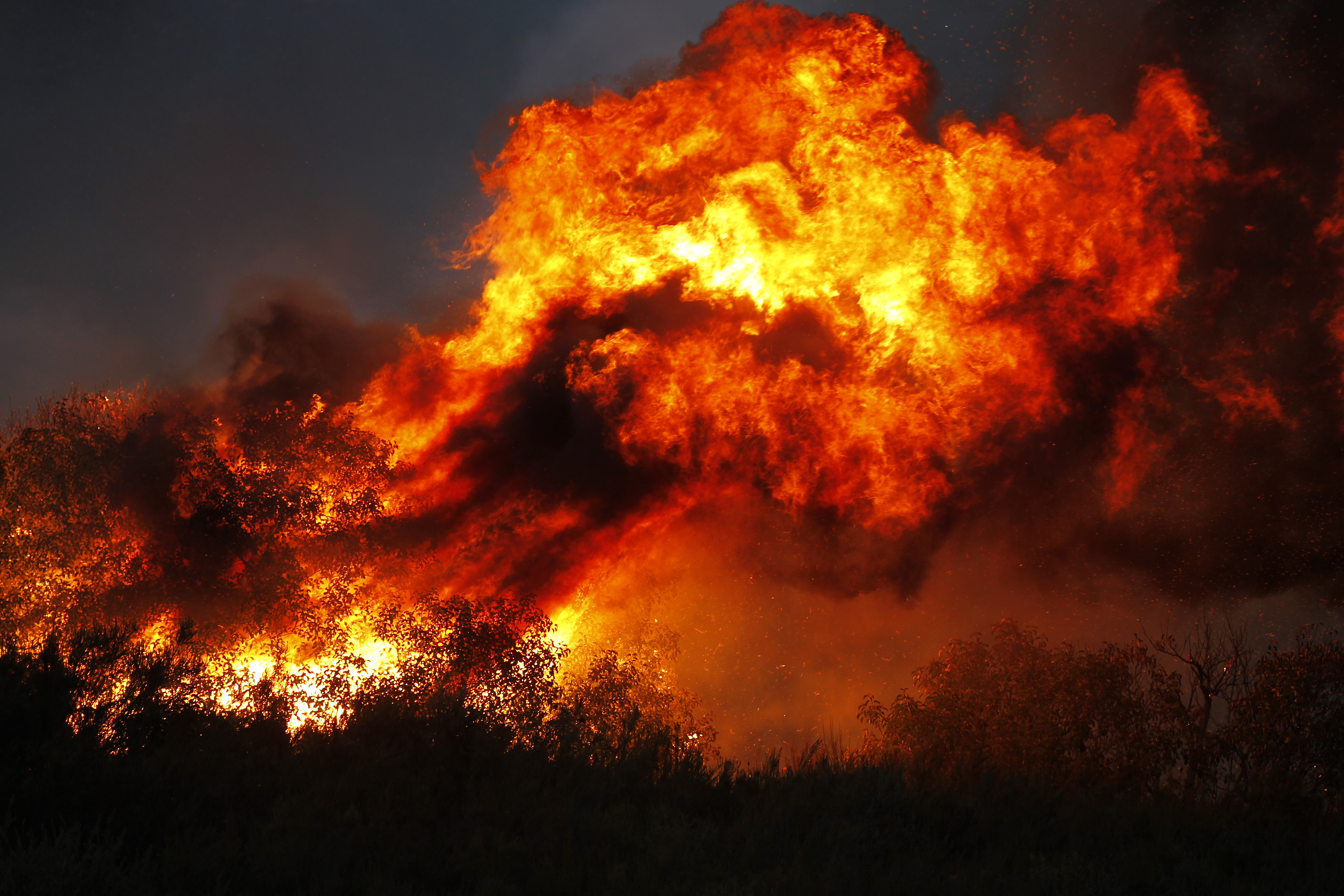 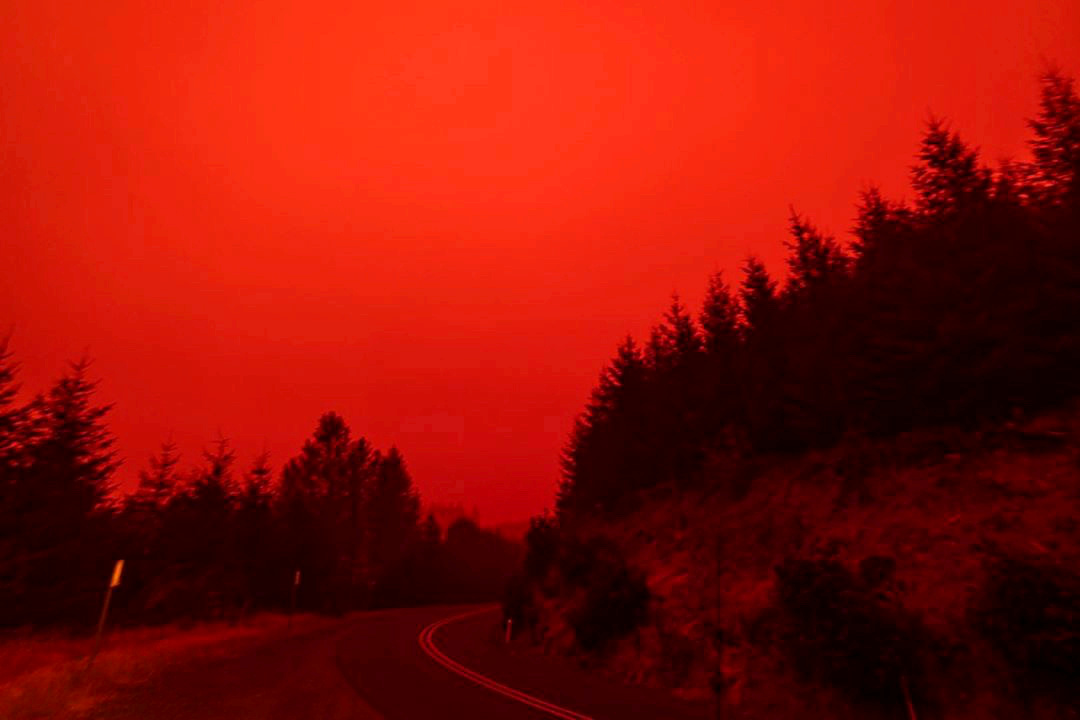 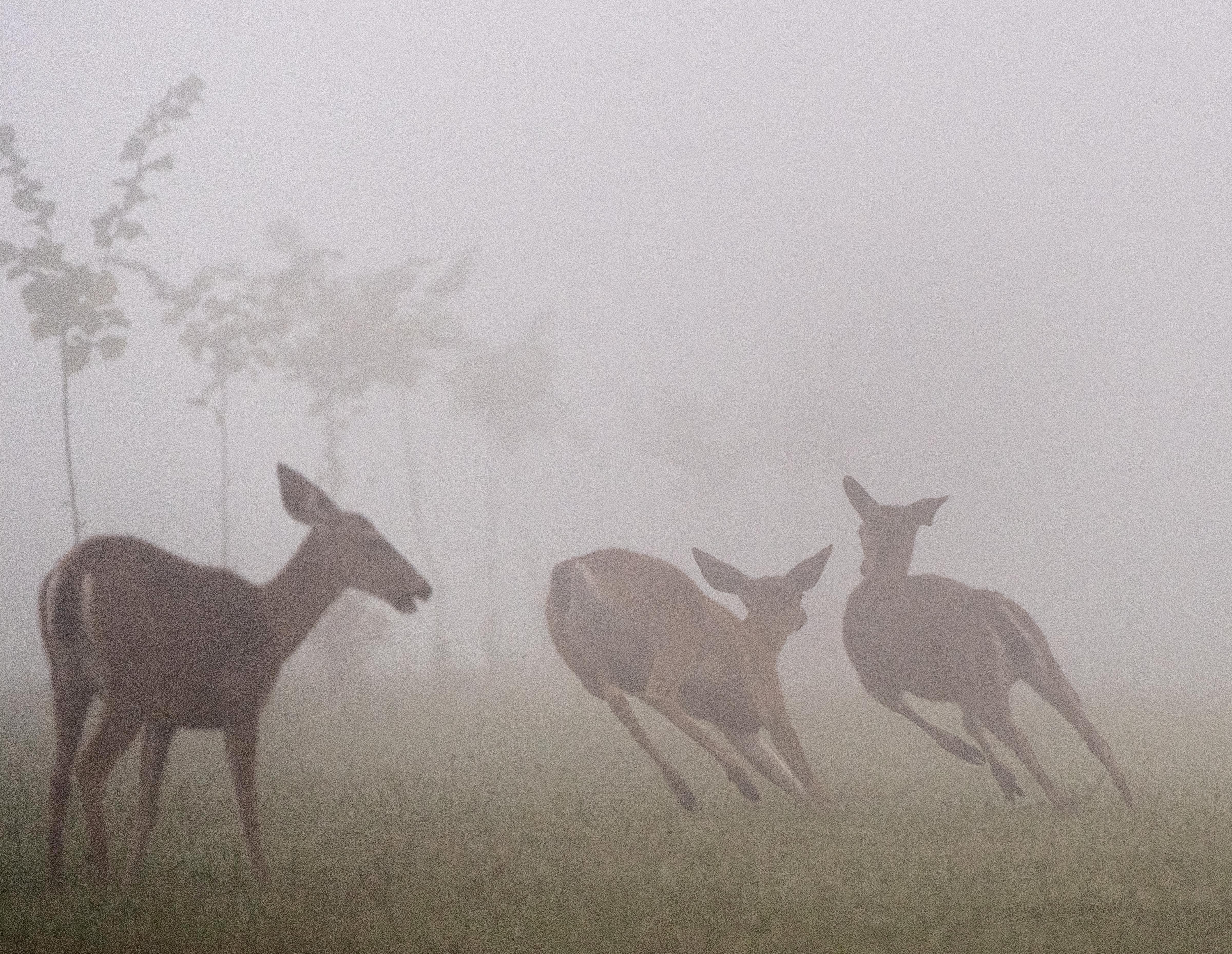 Crews are continuing to battle wildfires that have so far killed about 40 people, destroyed neighborhoods and enveloped the West Coast in smoke.

Tens of thousands of people have fled their homes as the fast-moving flames turned neighborhoods to nothing but charred rubble and burned-out cars.

Chris Tofte was trying to help his family, including wife Angie, mother-in-law Peggy and son Wyatt, evacuate east of Lyon as the Beachie Creek Fire bore down, said the Statesman Journal.

"A devastating wildfire surrounded the couple's home in the early hours of the morning", according to a GoFundMe page set up to help his family in the wake of the horrific deaths.

There were high winds, and the power went out and Chris had left to get a generator.

Grandmother Peggy, 71, had broken her leg a week earlier and was awaiting surgery.

So Angie had loaded her mom in the car and by the time she got Wyatt and the animals, the car was surrounded by flames. 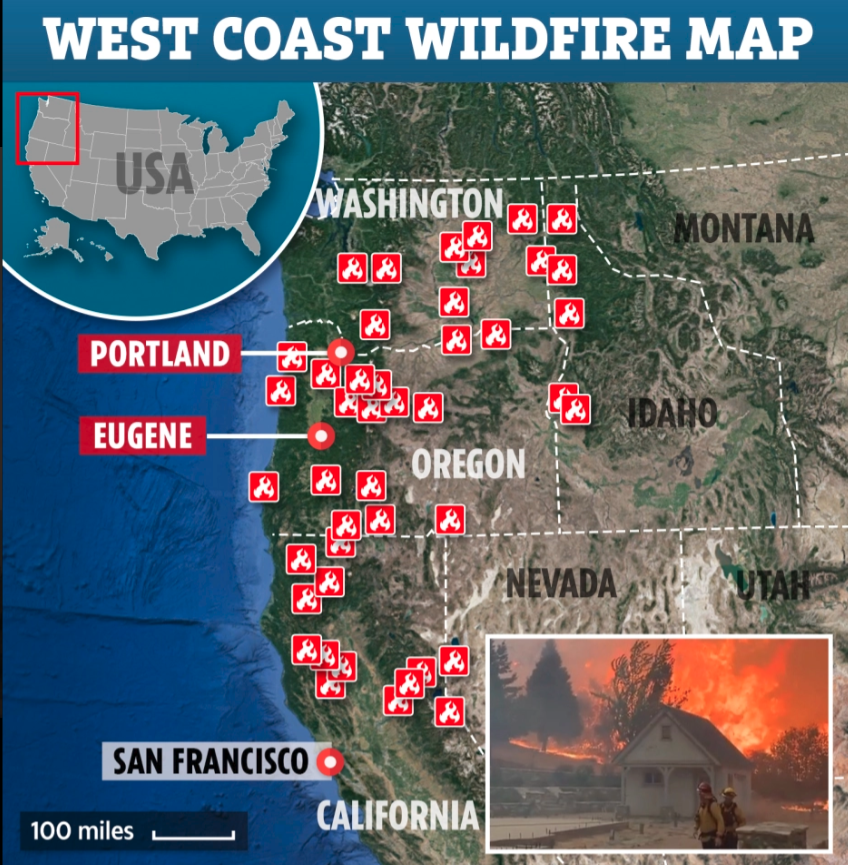 "Knowing it was life and death and there was no way to drive the car out, Angie told Wyatt and his dog Duke to run. Angie stayed as long as possible to try to get her mother out of the car, but was not successful," the online fundraiser explains.

It adds that Angie "had no choice but to leave her mother, hoping Wyatt would be 10 minutes ahead of her".

However, despite it being pitch black "except for flames and smoke" brave Wyatt made the ultimately fatal decision to not keep fleeing to safety by foot. 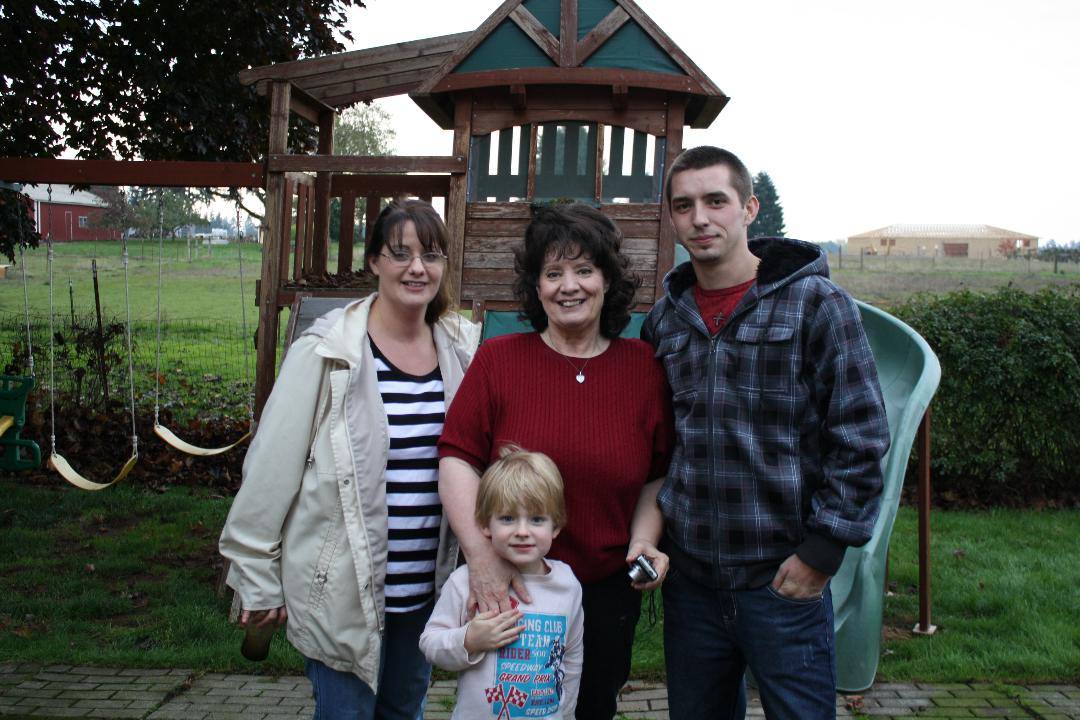 Instead the teen turned back to the family car and desperately tried to drive his grandmother out of the flames.

But, the road was so hot, it burnt the tires.

In the meantime, Chris was desperately trying to get back to his family, but was hampered by blockades on his route home.

He found a woman on the road, wearing what "looked like a bikini, feet burnt to the bone, and unrecognizable".

Chris put this woman he did not recognize in the car and said he was sorry but he had to keep going to save his son and wife.

"Her mouth was black and was not able to speak, but finally whispered 'I am your wife'.

The New York Post reports that Chris's wife – who remains in a critical condition in hospital – suffered severe burns on her feet, back and arms. Her clothes had burnt away as a result of the flames.

While heavily sedated, the worried mom urged Chris to search for their missing son.

“Don’t come back till you find him,” she said. 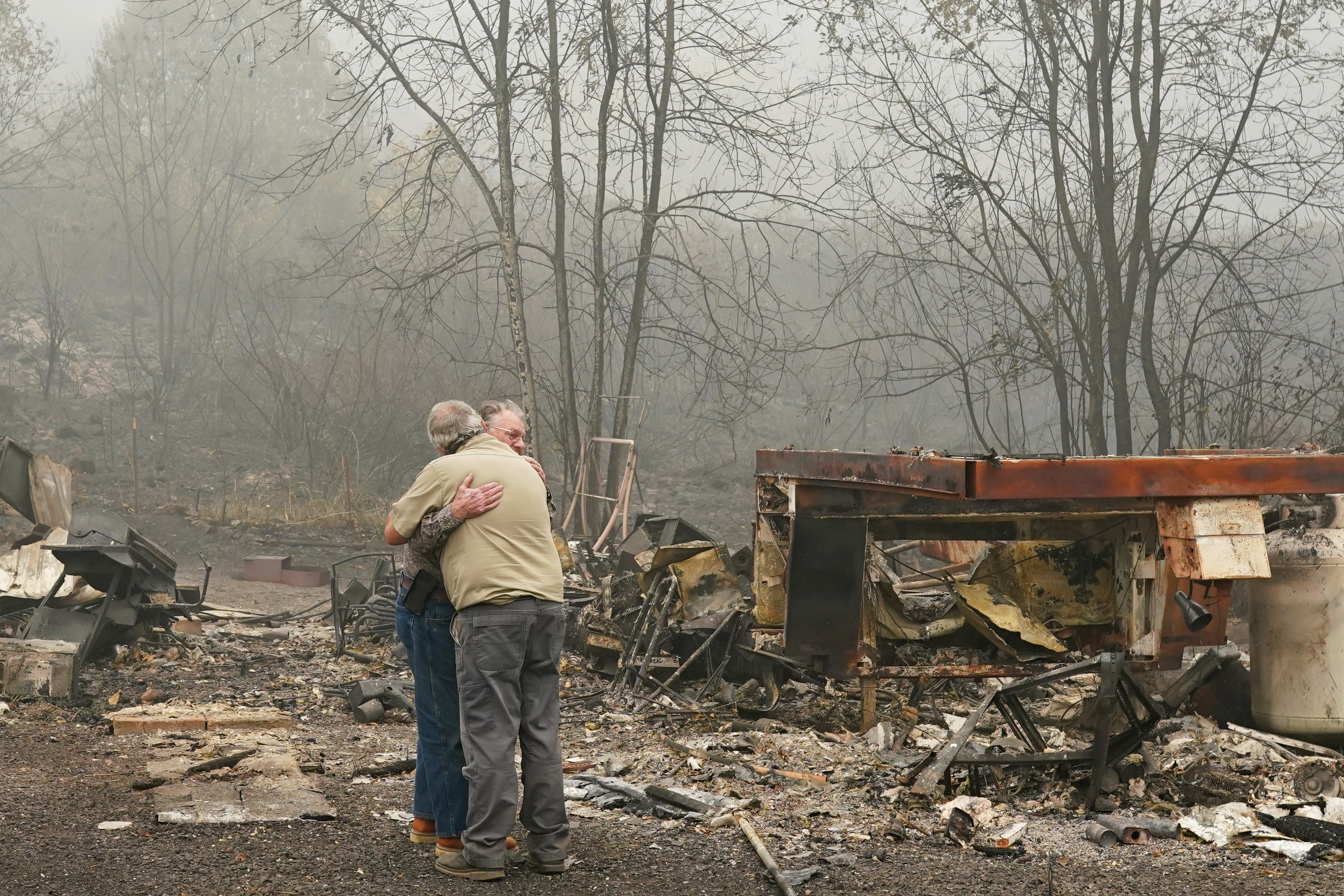 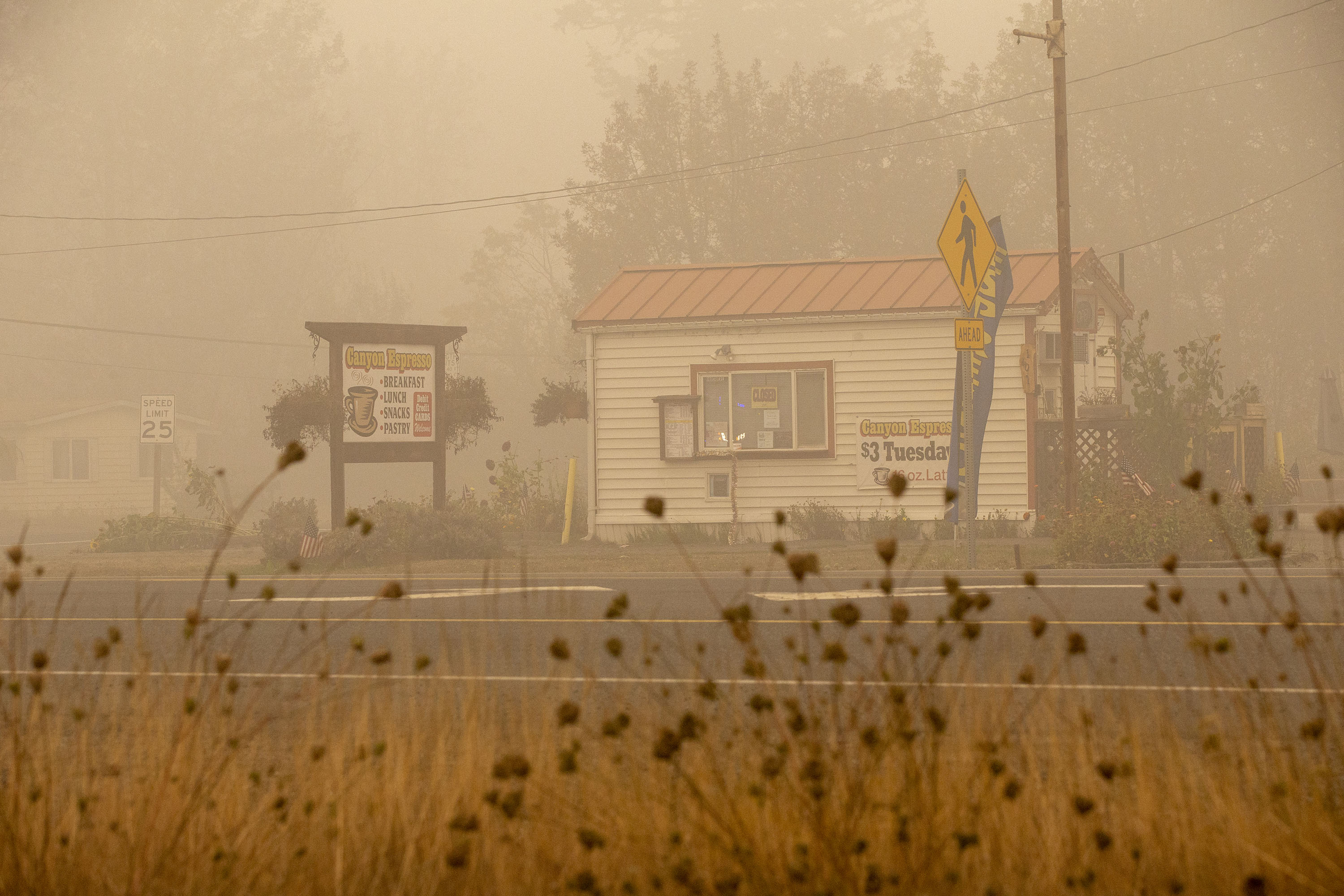 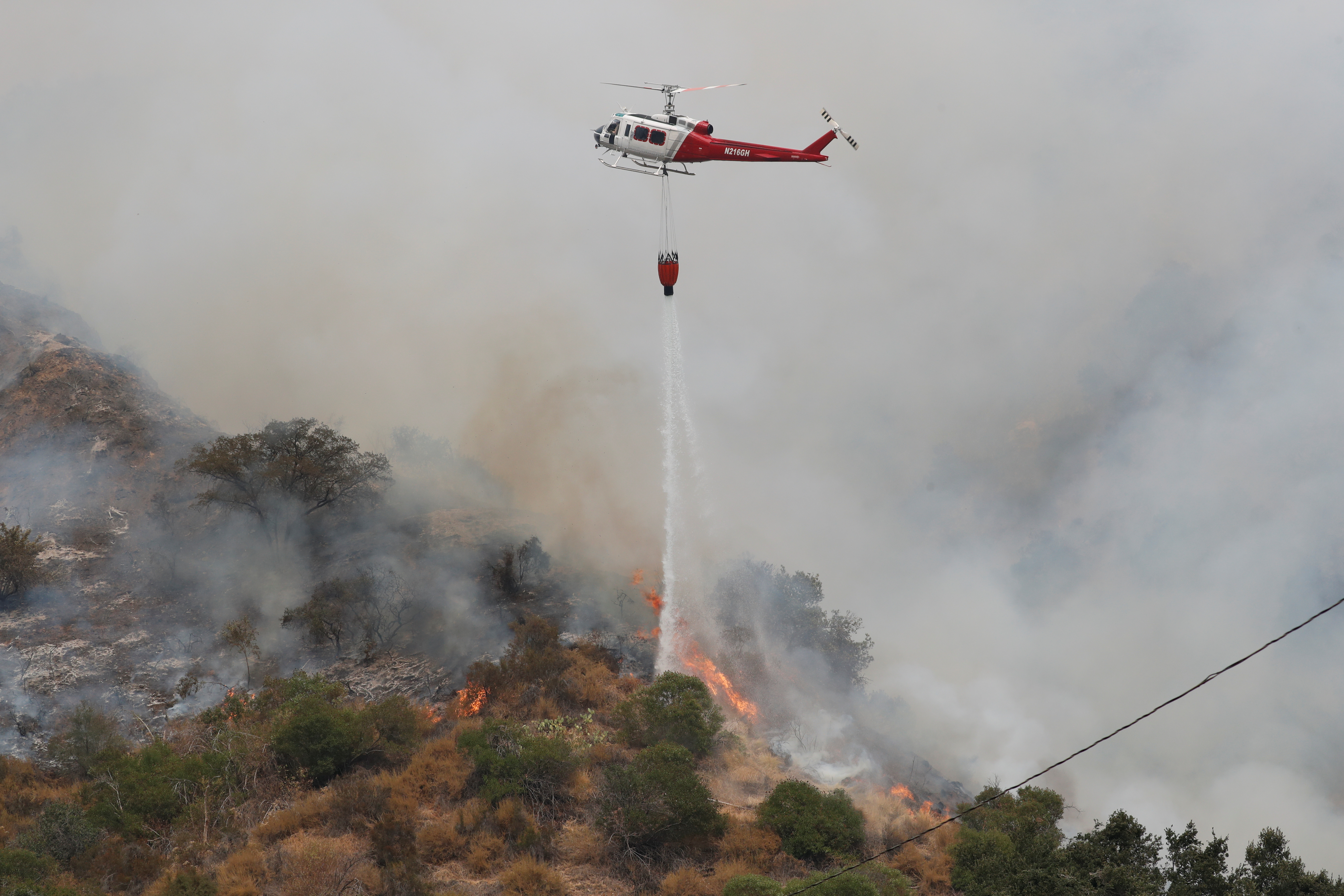 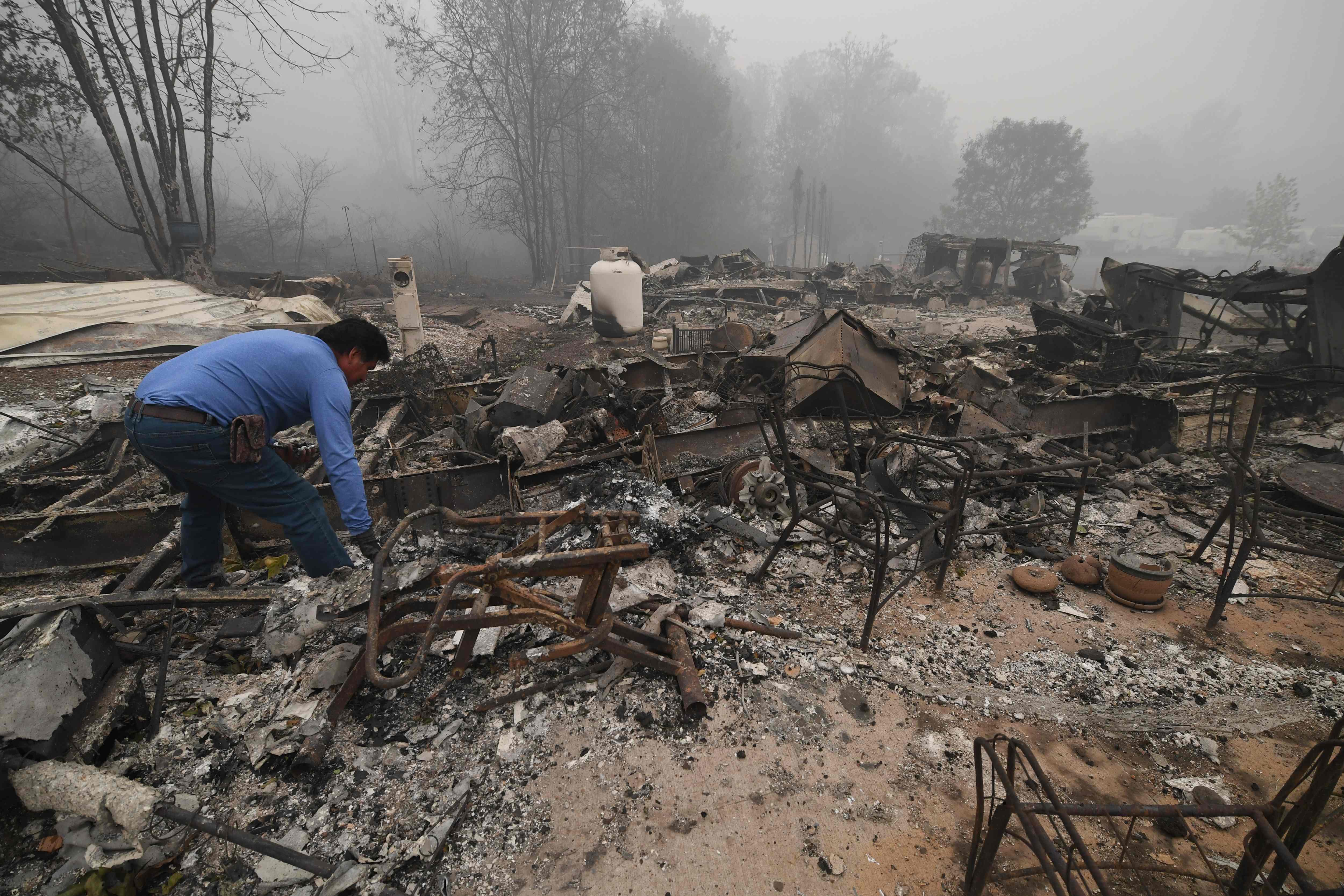 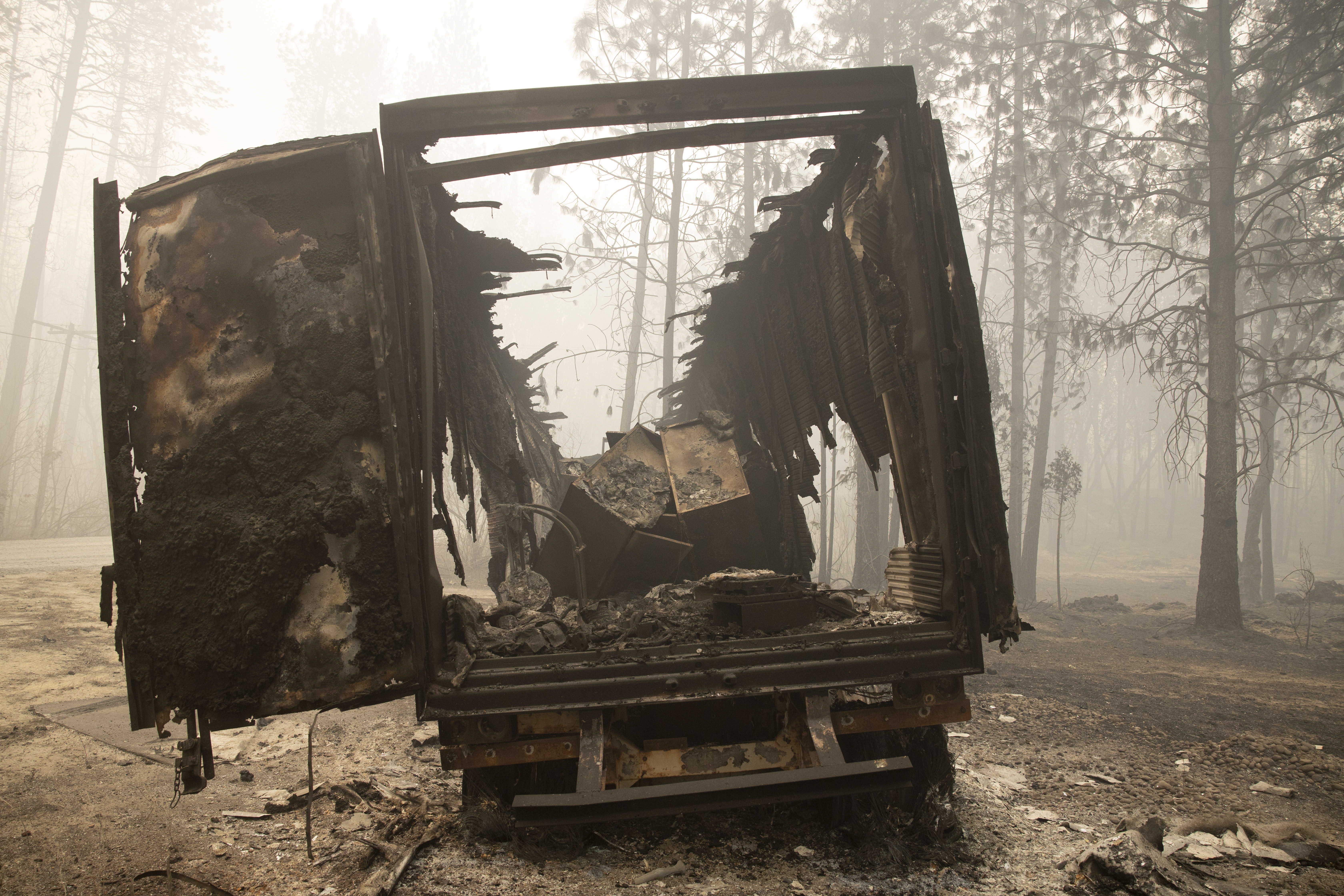 The GoFundMe page explains that "after desperate searching, the car was found two days later with Wyatt in the driver's seat with his dog – a 200-pound bull mastiff mix – in his lap and his grandmother in the car.

"He was a heroic boy, trying against all odds to save his grandmother."

Wildfires have been raging across some 4.5million acres (1.8m hectares) in Oregon, California and Washington state since August, laying waste to several small towns, and destroying thousands of homes.

Tens of thousands of displaced residents across the Pacific Northwest are continuing to adjust to life as evacuees.

The fires also have filled the region's air with harmful levels of smoke and soot, bathing skies in eerie tones of orange.

Flames up and down the West Coast have destroyed neighborhoods, leaving nothing but charred rubble and burned-out cars, forced tens of thousands to flee and cast a shroud of smoke that has given Seattle, San Francisco and Portland, Oregon, some of the worst air quality in the world.

In southern Oregon to Northern California, meteorologists on Tuesday warned of low moisture and strong winds conditions that can drive the flames.

Fire managers have cautioned that the battle is not over.

Thunderstorms forecast for later in the week could bring much-needed rain but also more lightning. Officials are also braced for a rise in the death toll.

“We’re concerned that the incoming front is not going to provide a lot of rain here in the Medford region and it’s going to bring increased winds,” said Bureau of Land Management spokesman Kyle Sullivan.

Oregon is deploying as many as 1,000 National Guard troops to fire-stricken communities. 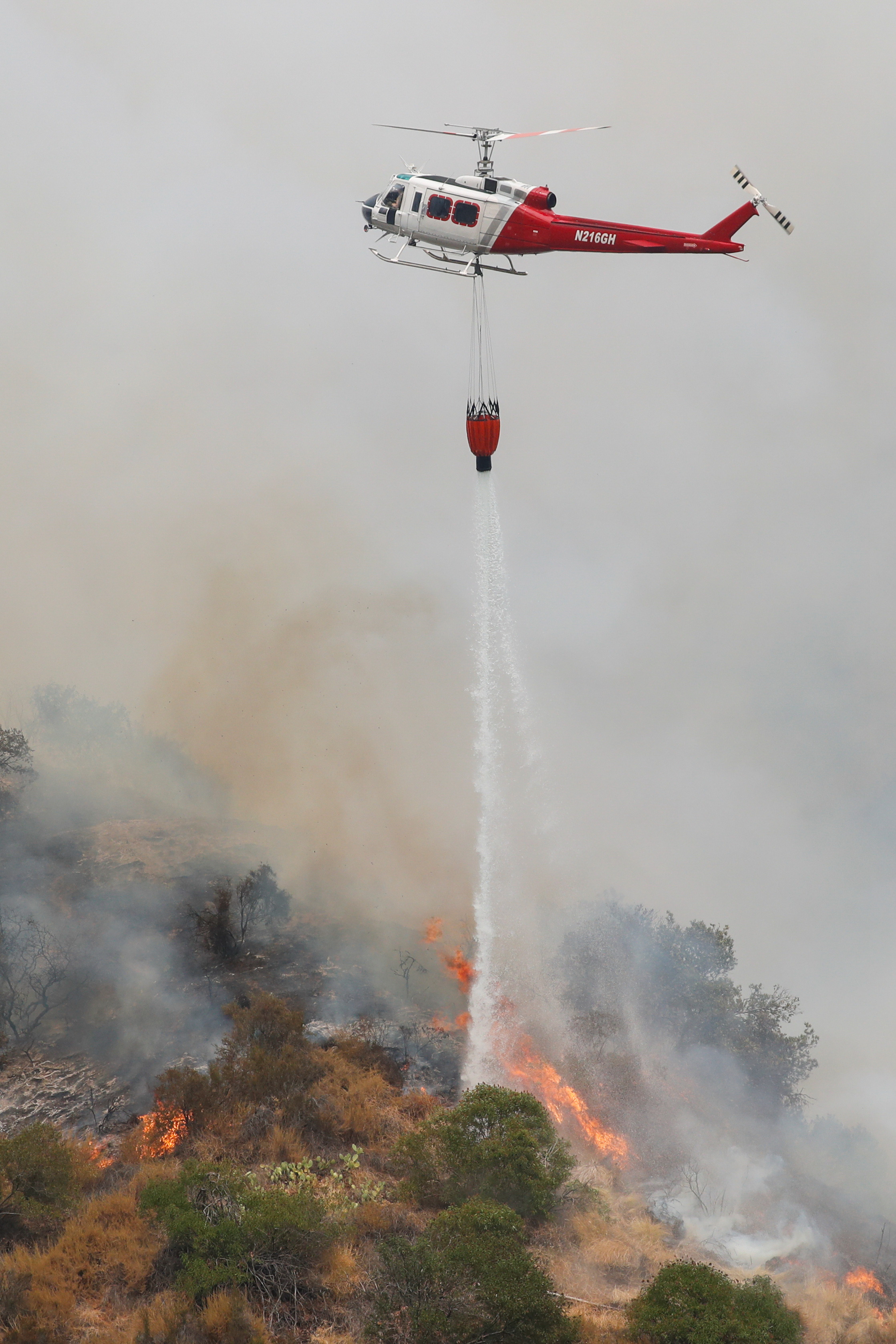 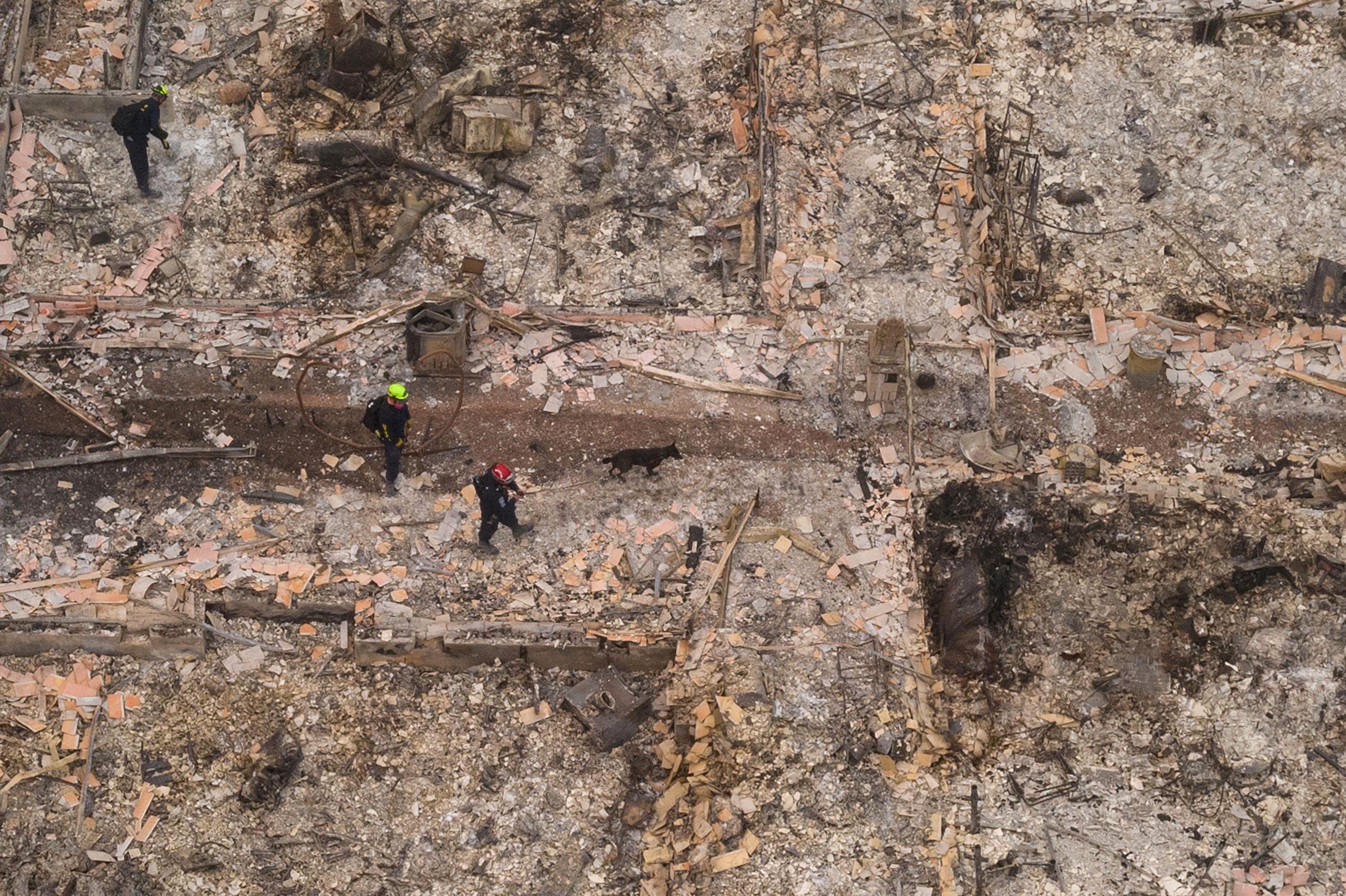 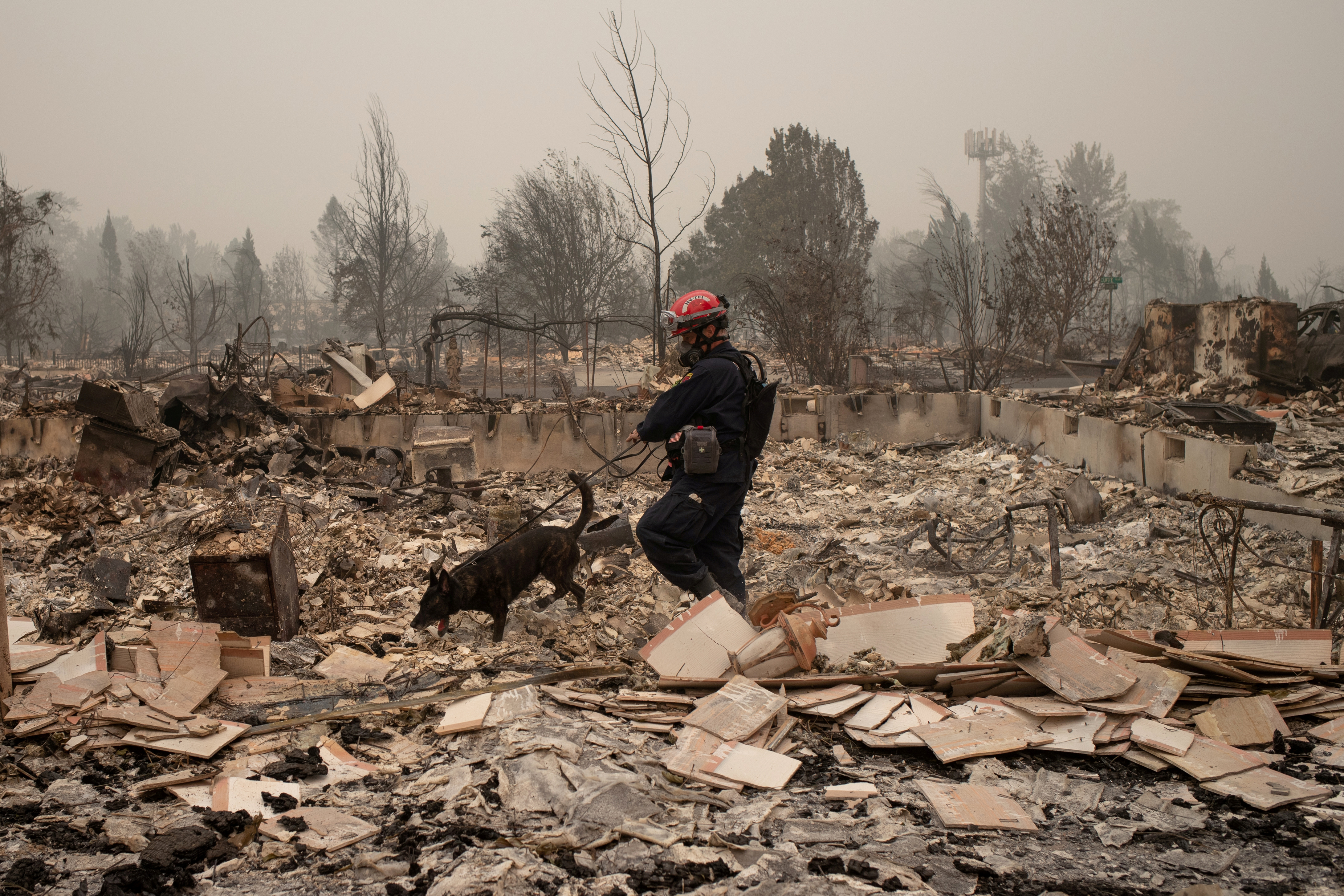