Operation Muffle: Leatherworkers are flooded with orders so that church bells can be muted in mark of respect when the Queen dies

Britain’s leatherworkers are being mobilised in preparation for the passing of the Queen – to make more muffles for church bells.

On the days of Her Majesty’s death and funeral, an hour’s muted chimes will ring out as part of Operation London Bridge – the code name for protocols following the Monarch’s demise.

Most of Britain’s 16,000 churches have not rung bells fully muffled – which turns the familiar peal into a dull-sounding hum – since the death of the Queen’s father, King George VI, in February 1952. 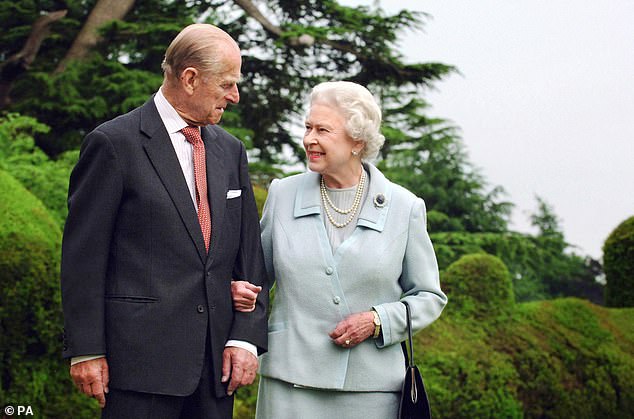 On the days of Her Majesty’s death and funeral, an hour’s muted chimes will ring out as part of Operation London Bridge. Pictured, the Queen with Prince Philip in 2007

Many muffles have rotted after being kept in church towers for decades and now, following a request for churches to mute bells to mourn the Queen’s death, Britain’s small leatherworking industry has been flooded with orders.

Central Council of Church Bell Ringers spokeswoman Vicki Chapman said: ‘We have spent a lot of time talking to the Royal Household and Lambeth Palace about the day the Monarch passes, which we hope will not be any time soon.

‘Adding muffles makes bells sound mournful, more like a hum –so they will sound like thud, thud, thud rather than dong, dong, dong.

‘It is about paying due reverence to the service of the Monarch and commemorating her life.’

Philip Pratt of Big Wilf’s Bell Muffles near Bristol, which has supplied more than 1,000 churches, said: ‘A lot of enquiries are coming in and we are taking on more and more orders.

‘Muffles are a specialist product and only a very few leather manufacturers in the UK make them.’

Simon Adams of muffle retailer John Taylor Bell Foundry in Loughborough said: ‘Sales in the past month are double the previous month.’ 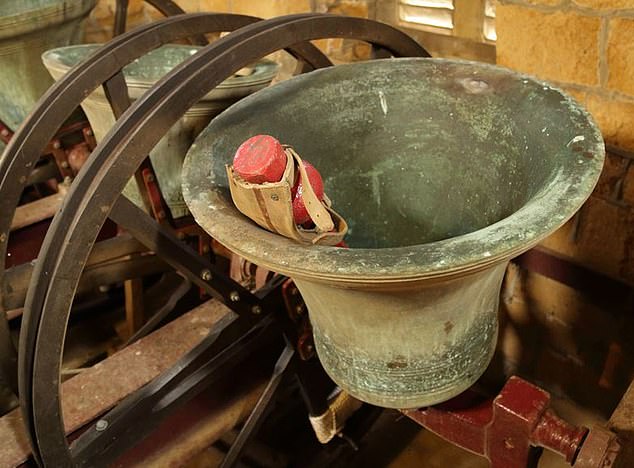 Full muffles, which dampen the sound of both strokes of a bell’s clapper – the metal part inside the bell that creates the noise – are reserved for the Monarch’s death.

Bells are sometimes rung half-muffled with one stroke muted for Remembrance Sunday and funerals.

A church with six bells would need 12 muffles, at a cost of about £45 each.

Chris Woodcock, Lincoln’s civic ringing master, said: ‘The majority of churches are rushing around trying to get enough of them.’

The Queen and the Royal Family marked the first anniversary of the Duke of Edinburgh’s death yesterday by sharing a touching tribute by the Poet Laureate.

The Patriarchs – An Elegy, composed and read by Simon Armitage, was posted on Royal social media accounts, along with a poignant series of photographs from the life of the Duke, who passed away aged 99.

The elegy, which was published on the day of the Duke’s funeral in April last year, paid tribute to his service in the Royal Navy: ‘On such an occasion / to presume to eulogise one man is to pipe up / for a whole generation – that crew whose survival / was always the stuff of minor miracle, / who came ashore in orange-crate coracles, / fought ingenious wars, finagled triumphs at sea / with flaming decoy boats, and side-stepped torpedoes.’ 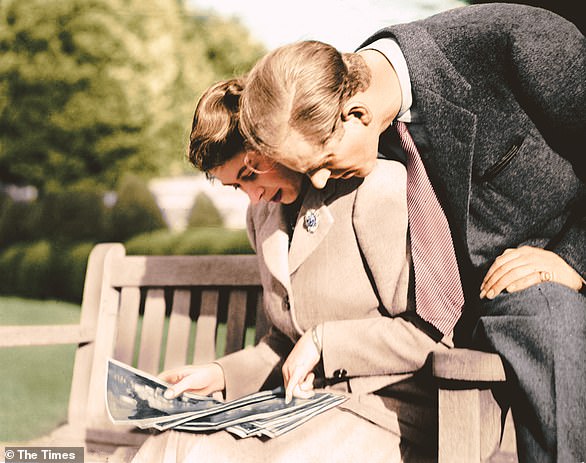 The Queen and Prince Philip on their honeymoon, photographed in the grounds of Broadlands looking at their wedding pictures in 1947

His generation is described as ‘husbands to duty’, ‘great-grandfathers from birth’ and ‘last of the great avuncular magicians’. The Queen chose to mark the anniversary privately but it was duty as normal for other members of the family.

In a touching nod to her father, she arrived in the same horse-drawn carriage that carried the Duke to the event in 1970.