FOR those looking to get away from the hustle and bustle, a minimalist home is up for grabs for £1.75 million – the only catch is it's in the middle of the desert.

The stunning property, located in Joshua Tree, California, US, is sprawled across 5 acres in the Mojave desert. 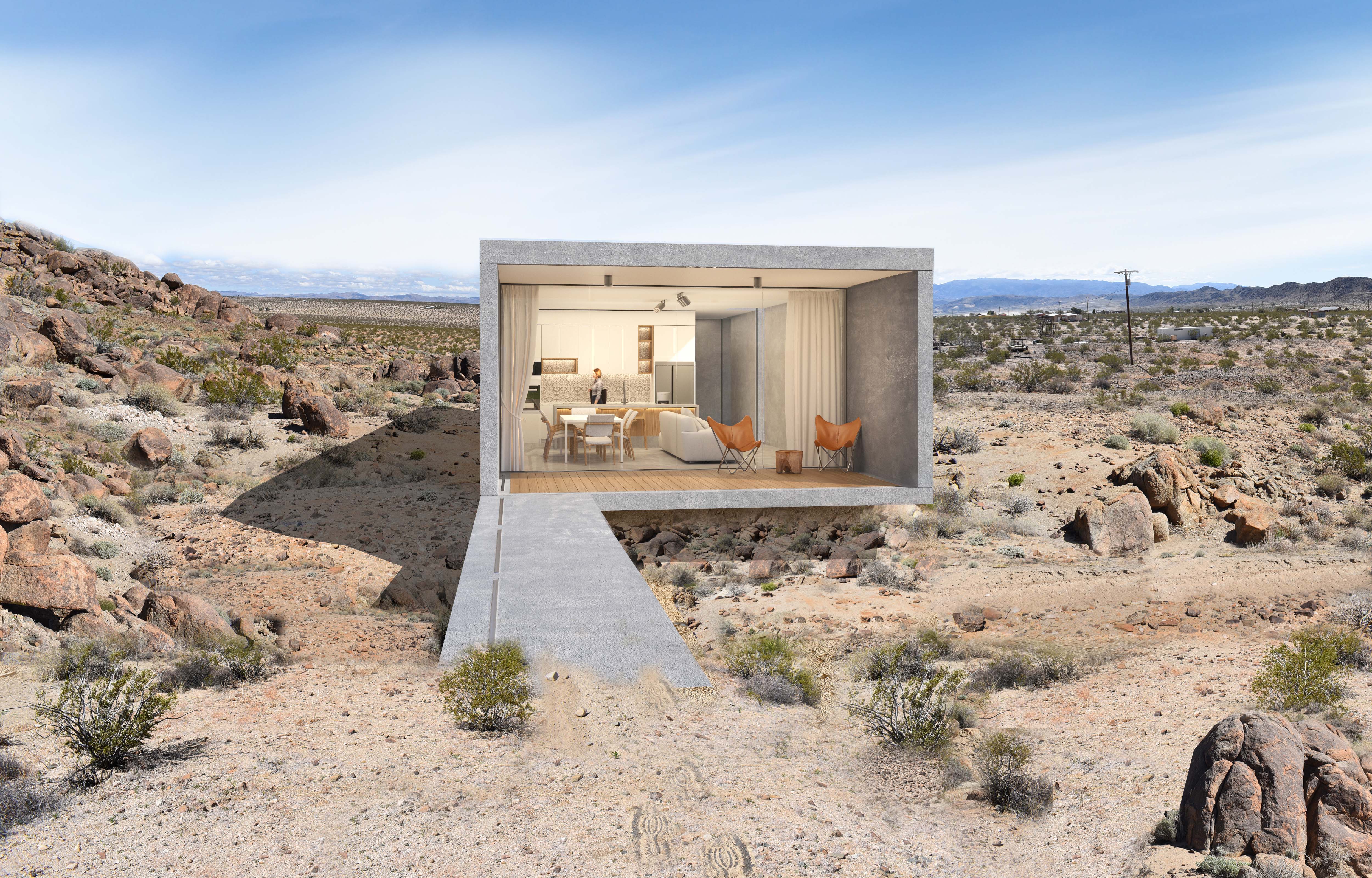 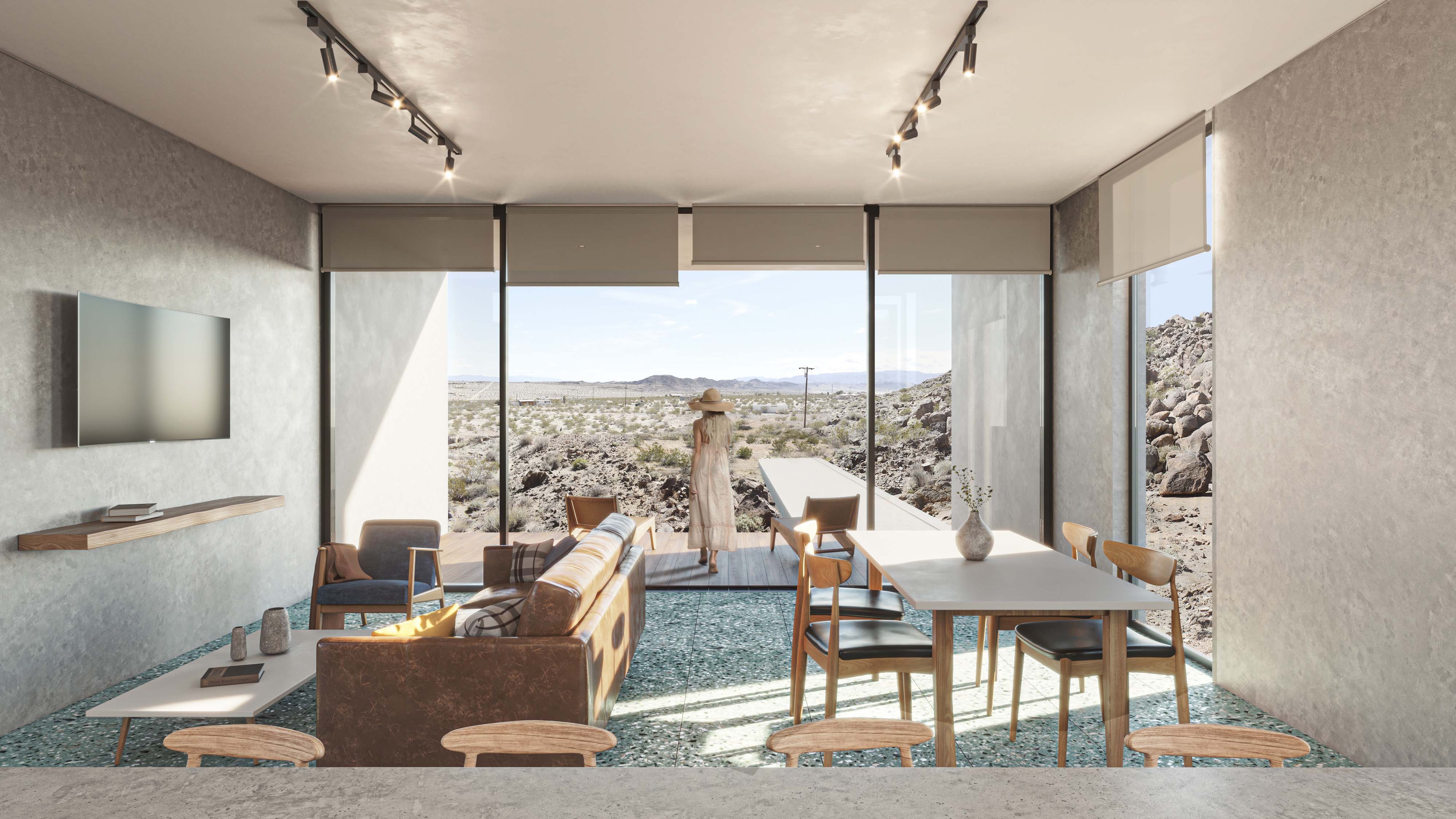 Albeit small, the nearby town has actually become something of a celebrity haunt in recent years.

In 2014, it became the backdrop for the promotional video of Beyoncé and Jay-Z’s On the Run tour, while in 2016, it found itself on the map again when U2 re-released their 1987 hit The Joshua Tree.

Big names including actors Jared Leto, Jason Momoa and Ryan Phillippe have also flocked to the local National Park, which has become a popular rock-climbing spot.

Designed by Urban Architectural Space Group, the home is being built by Kud Development, which bought the land for $87,000 last year, according to property records.

Although it is still being built, the minimalist space will span across 1,600 ft, offering two bedrooms and two-and-a-half baths.

In keeping with sustainable construction trends, it is being built with concrete and foam, which not only ensures resistance to earthquakes and fire, but also to the supreme heat of the arid desert.

As for the entertainment space, future owners will have a library, reading nook and spacious living room, as well as dual master suites with a powder room.

If you’re looking for a quiet and classy abode where it’s easy to chance upon a celebrity or two lurking nearby, this could be the one for you.

And although the house is located in a remote spot, Palm Springs is just an hour away. 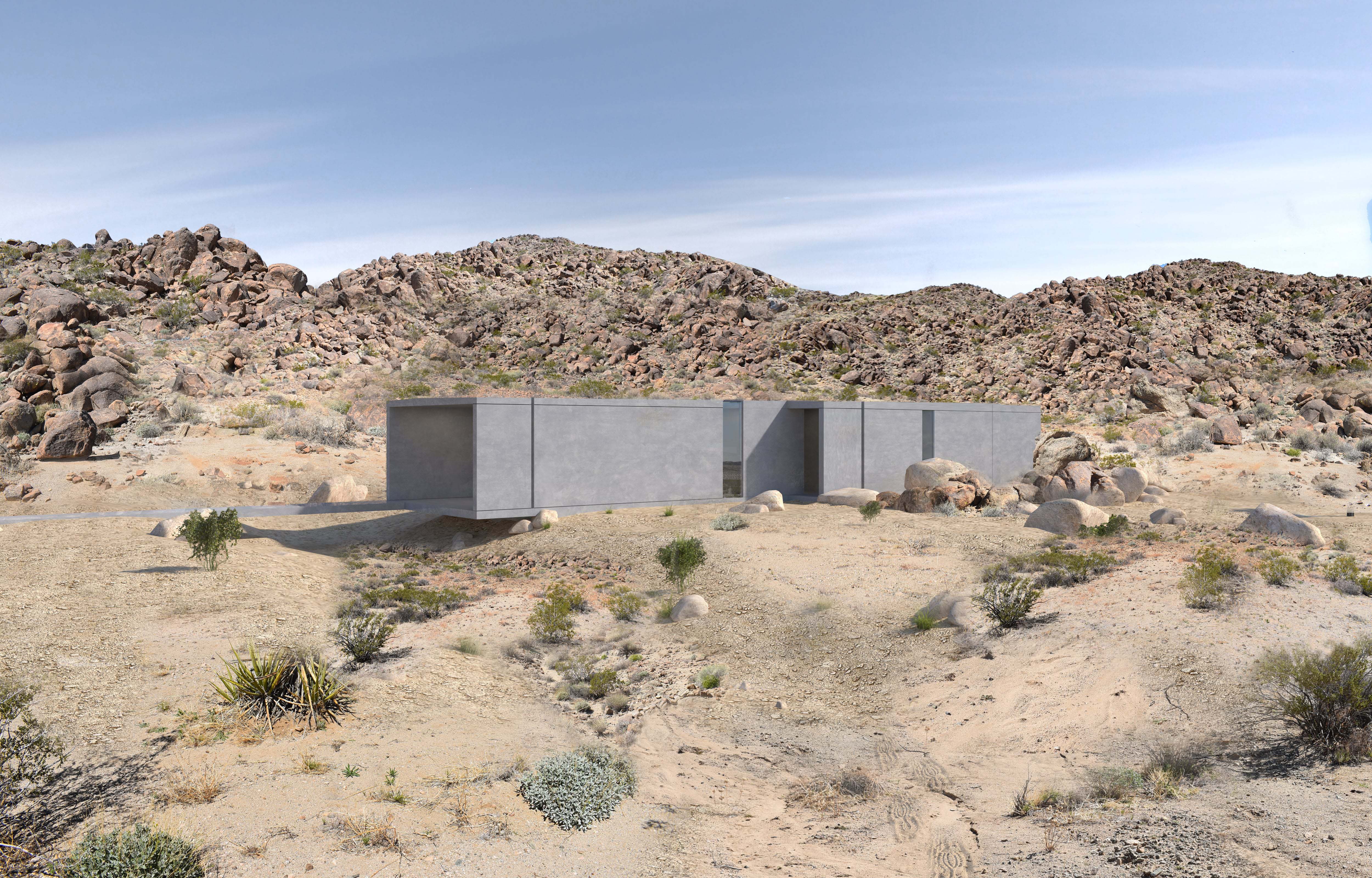 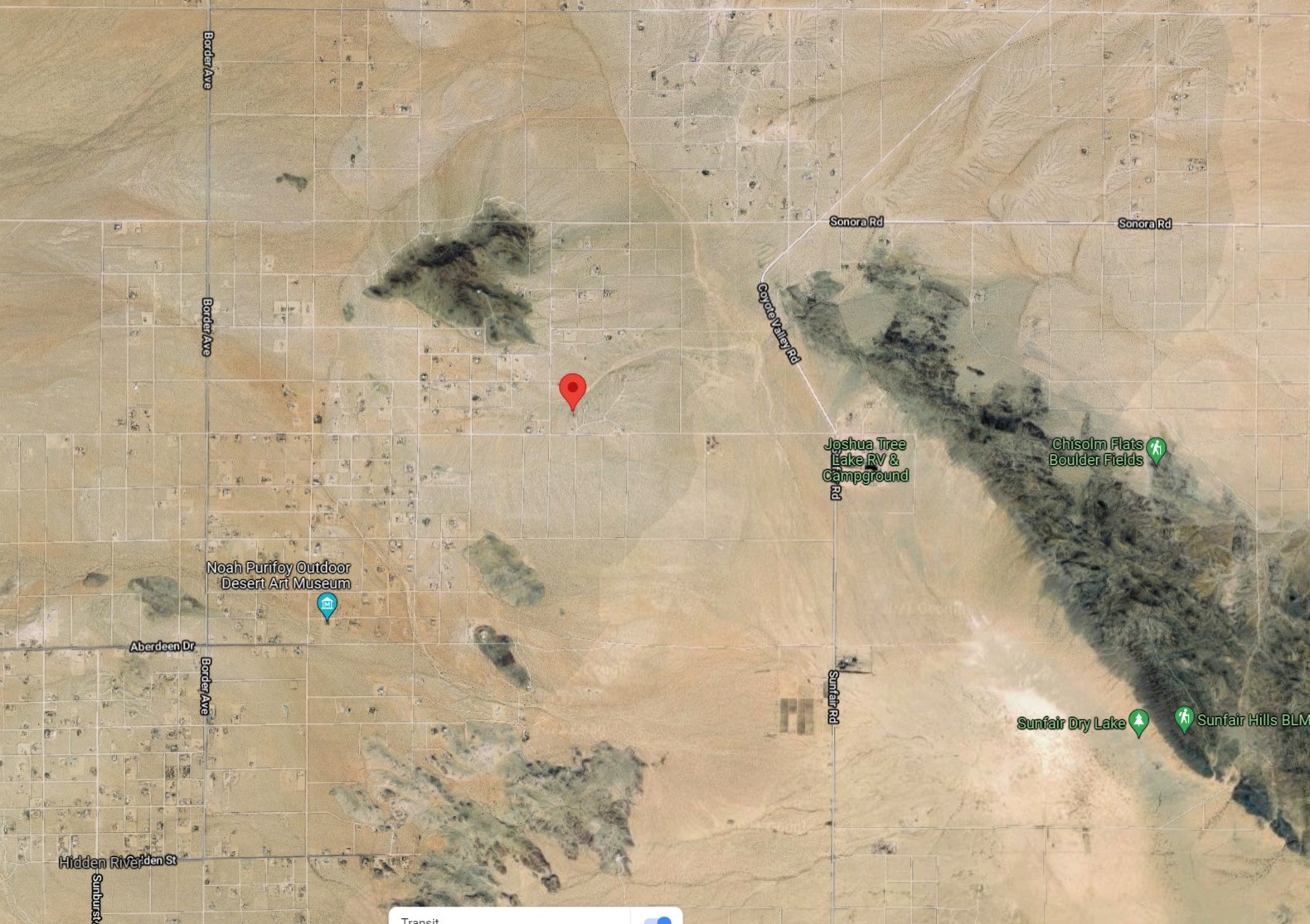 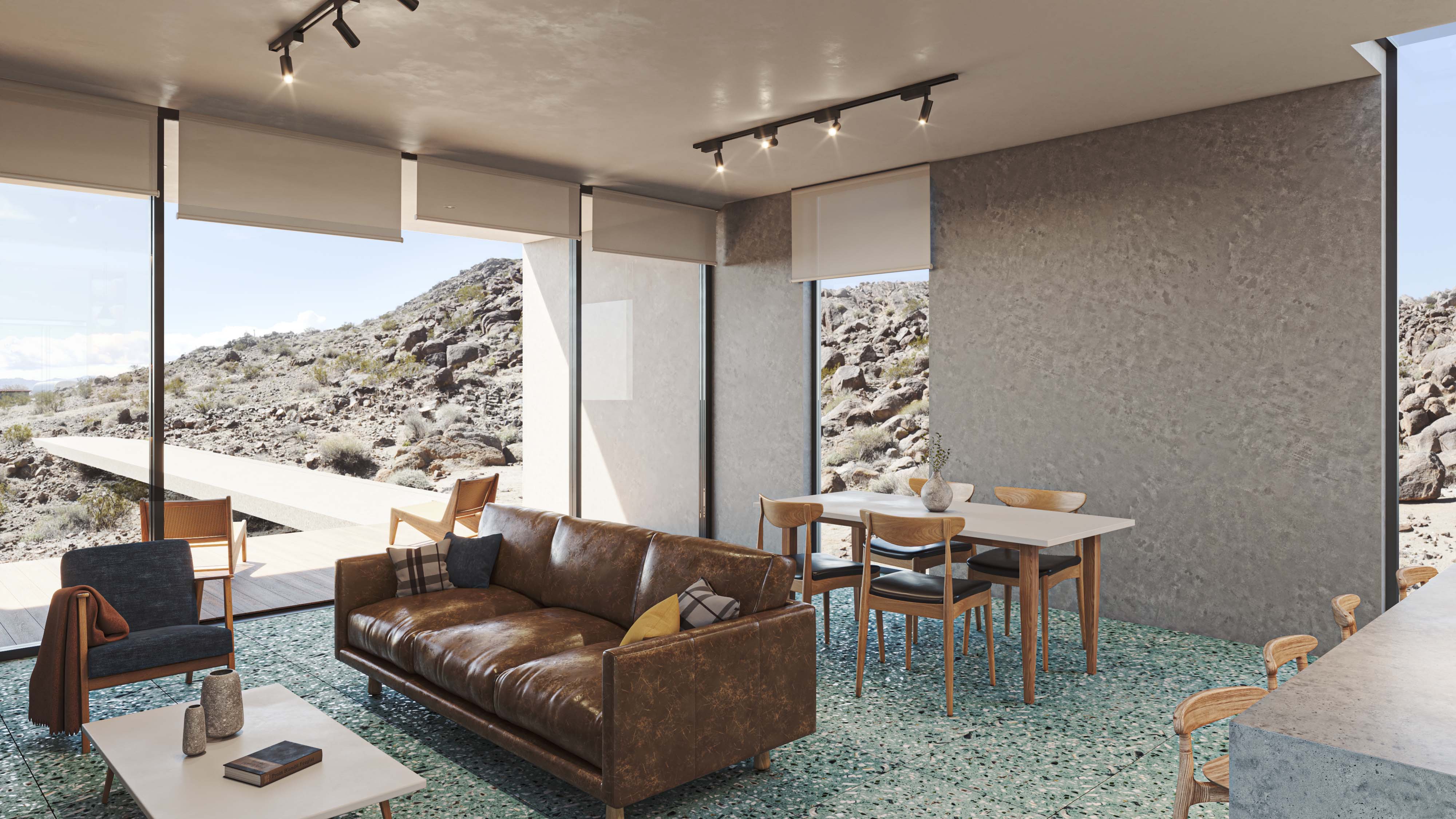 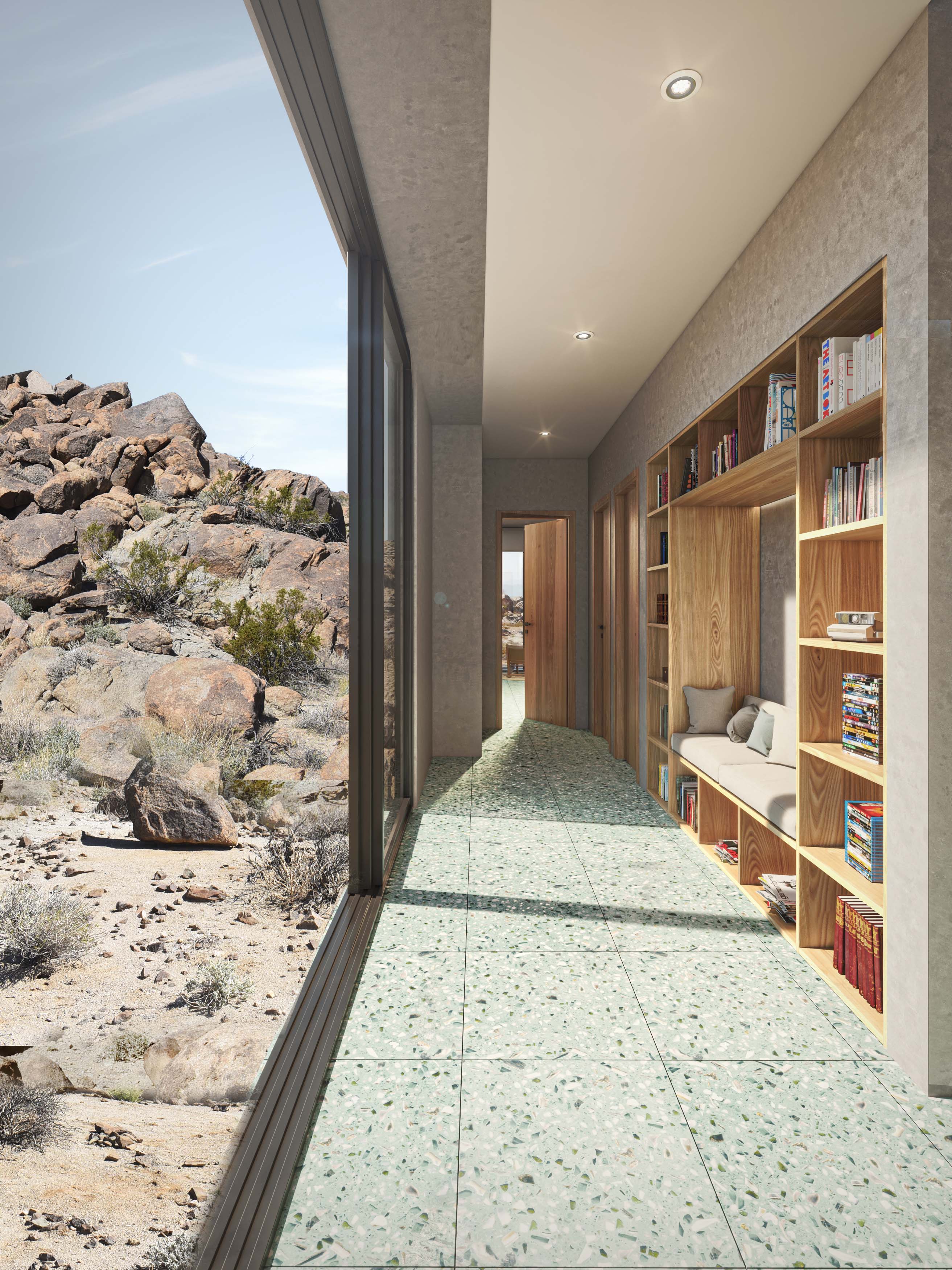 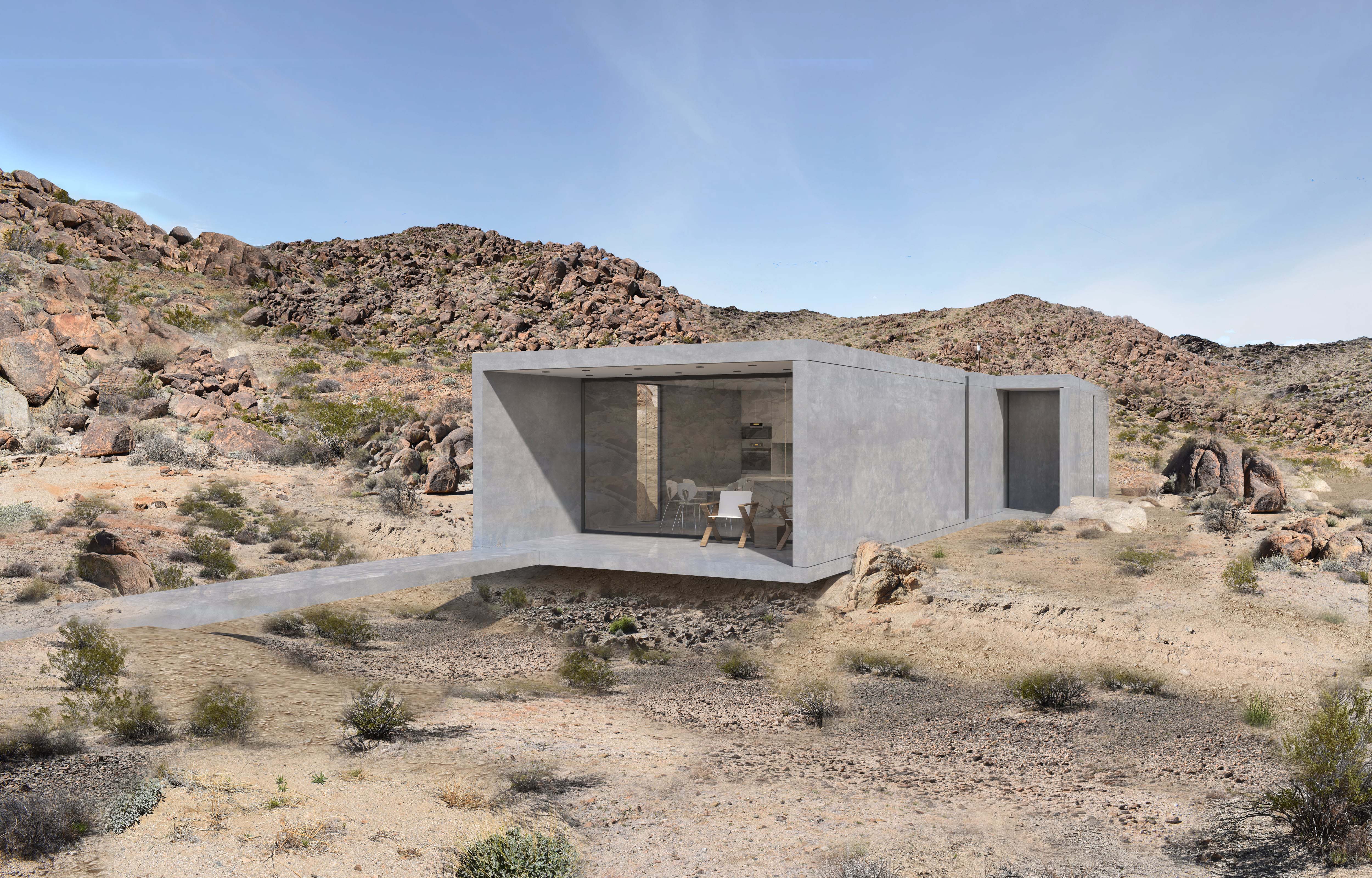