KINSHASA (Reuters) – Democratic Republic of Congo’s Catholic church said on Thursday it was clear which candidate won the country’s presidential election, and demanded that the electoral commission publish accurate results.

The church, one of Congo’s most trusted institutions and representing about 40 percent of its 80 million population, based its finding on tallies from more than 40,000 observers it deployed for the Dec. 30 poll, meant to mark the country’s first democratic transfer of power.

The church’s bishops conference, known as CENCO, did not say which candidate had won.

But if its count points to victory for an opposition candidate, it could set up a standoff with outgoing President Joseph Kabila’s ruling coalition, which has insisted its man is poised to win.

The CENCO mission and another domestic observer group, SYMOCEL, both said in reports on Thursday they witnessed widespread irregularities on election day, though they did not allege outright fraud.

The electoral commission had been scheduled to publish provisional results on Sunday, but it said on Thursday that could be delayed because counting centers are still waiting for 80 percent of local vote tallies.

The opposition says the delay could be used to manipulate vote totals.

In Washington, the State Department called on Congo’s electoral commission, CENI, to ensure votes were accurately counted and threatened to impose sanctions against those who undermined the process or threatened peace and stability in the country.

“We strongly urge the CENI to ensure that votes are counted in a transparent and open manner, with observers present, and that the results reported by CENI are accurate,” State Department spokesman Robert Palladino said.

“Those who undermine the democratic process, threaten the peace, security or stability of the DRC, or benefit from corruption may find themselves not welcome in the United States and cut off from the U.S. financial system,” he said, referring to sanctions.

Congo government spokesman Lambert Mende defended its handling of the election, saying public safety concerns justified a decision to cancel voting in the Ebola-hit cities of Beni and Butembo, and cutting internet access until the results were known was intended to stop the spread of false news about the outcome.

The vote, meant to choose a successor to long-term leader Kabila, had been repeatedly delayed since 2016, when his mandate officially expired. Those delays sparked violent protests in which security forces killed dozens of people. 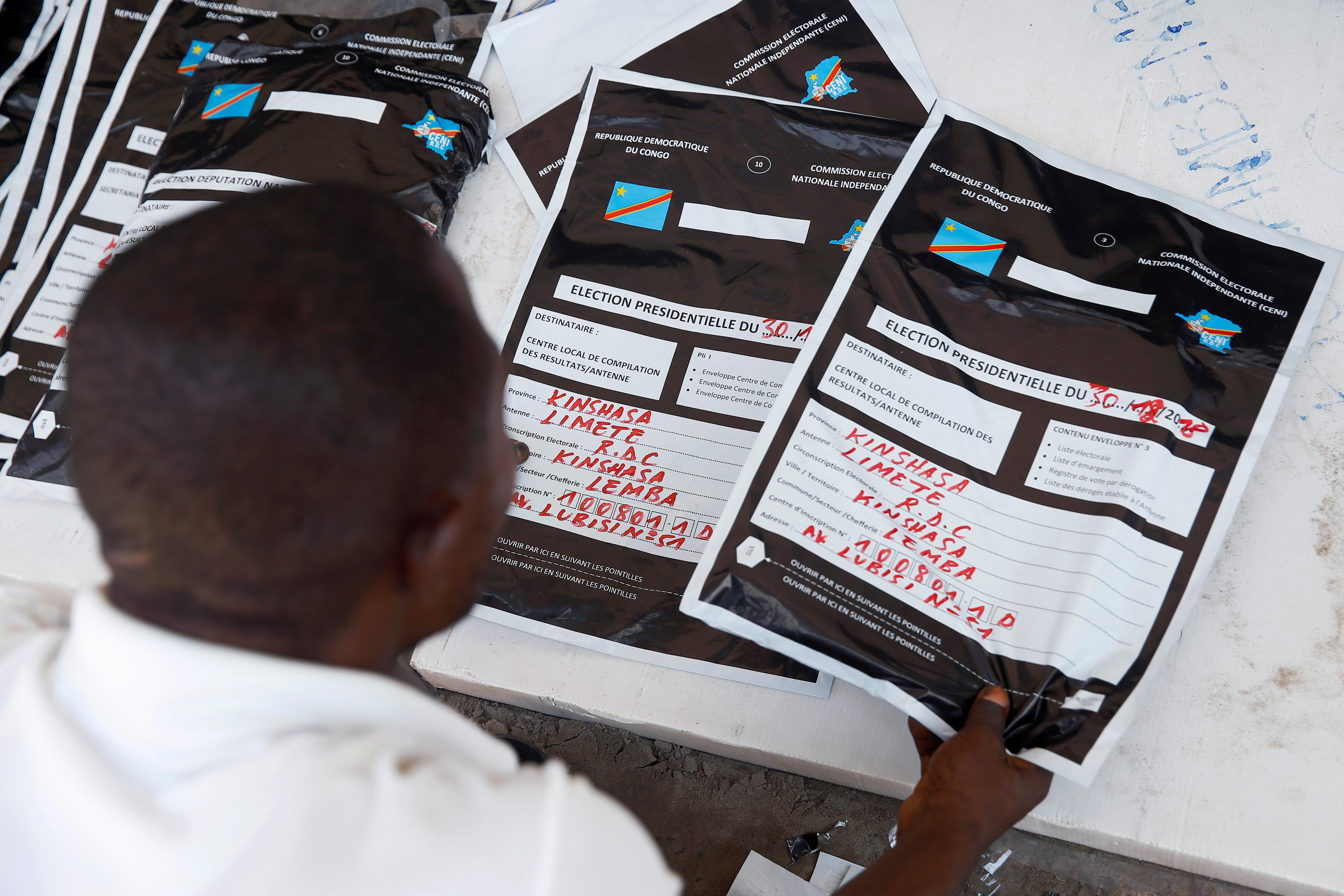 The CENCO mission “observes that the figures in its possession from polling stations’ vote tallies reveal the choice of one candidate as president of the republic,” its secretary-general Donatien Nshole told reporters.

“We call on the CENI … to publish, with all responsibility, the results of the election that respect truth and justice.”

Kabila, who succeeded his assassinated father in 2001, helped reunify the country amid civil war, and has presided over strong economic growth driven by exports of copper and cobalt, a component of electric car batteries.

But critics say there has been little improvement in the quality of life for average Congolese and accuse the government of brutally suppressing dissent.

More than one million Congolese were unable to cast ballots due to the cancellation of voting, which hit opposition strongholds and for which the electoral commission also cited ethnic violence. 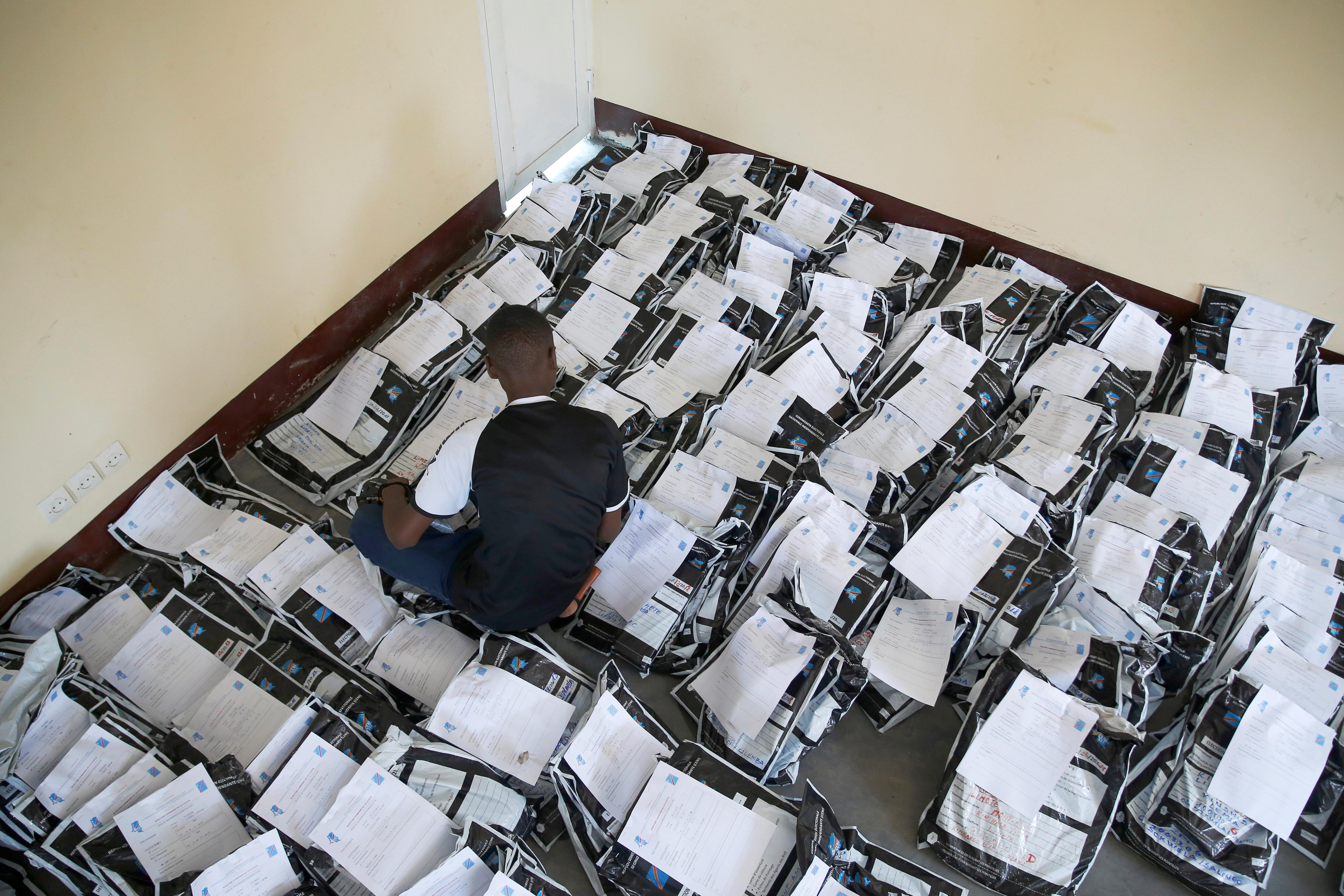 In areas where polls did go ahead, many were kept from voting because polling stations often opened late, closed early and voting machines sometimes did not work, according to SYMOCEL’s report based on what its staff saw at a third of voting centers.

SYMOCEL said 24 percent of the polling stations it observed closed without allowing those already in line at closing time to cast their ballots, as required by law. Twenty-seven percent opened late and 18 percent had problems with malfunctioning voting machines.

Seventeen percent of polling stations it observed allowed voting by people who either did not having voting cards or whose names were not on the voter roll, it said.