NYPD officers helped a 44-year-old autistic man who somehow got lost in New York City this week return home to his family in Florida.

The man, who also suffers from Parkinson’s disease, took a flight from Orlando to New York City on Monday, and EMS were called to help him around 11:00 on Tuesday morning, an NYPD spokesperson told Fox News.

Officers from the 19th precinct also responded to the scene on the Upper East Side and discovered that the man was lost by himself.

They made contact with his family in Florida, who were worried about him and didn’t know how far he was from home. 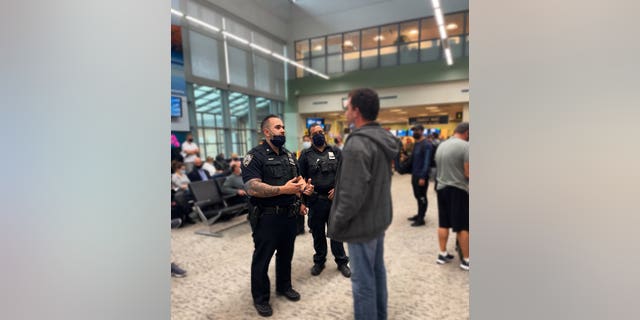 NYPD officers helped this autistic man from Florida who got lost in New York City make it back home to Florida safely.
(NYPD 19th Precinct)

The 19th precinct officers coordinated with his family and drove him to Westchester Airport, about 30 miles north of the city.

They then waited there at the terminal for the man to safely board his flight home.