The New York City Police Department is still investigating whether a third homeless individual found fatally wounded in Manhattan is connected to a startling string of apparently linked incidents in the Big Apple and Washington, D.C., authorities said Monday.

The 43-year-old man was discovered unconscious in the area of Greenwich and Murray streets in Lower Manhattan around 6:30 p.m. Sunday, the NYPD said. Police said he was found to have had an injury to his right leg, but was awaiting details from the medical examiner’s office regarding how he died.

A law enforcement source told Fox News Digital that officers had spoken with the man earlier that morning when they gave him a bottle of water and discussed the recent trend of homeless individuals being targeted. 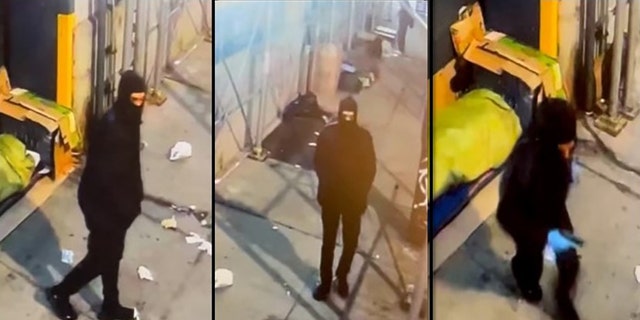 On Saturday, the NYPD released information regarding two attacks on homeless individuals that occurred within an hour of each other.

First, a 38-year-old man was sleeping in an area on King Street near Varick Street and Avenue of the Americas around 5 a.m. Saturday when a stranger approached and shot him in the right forearm, police said. The suspect then fled, and the victim was taken to a local hospital with non-life-threatening injuries.

Then, a man was sleeping in a sleeping bag just 0.8 miles away at Lafayette and Howard Streets around 6 a.m. when the stranger approached and shot him. The victim suffered a gunshot wound to his head and neck and was pronounced dead at the scene. 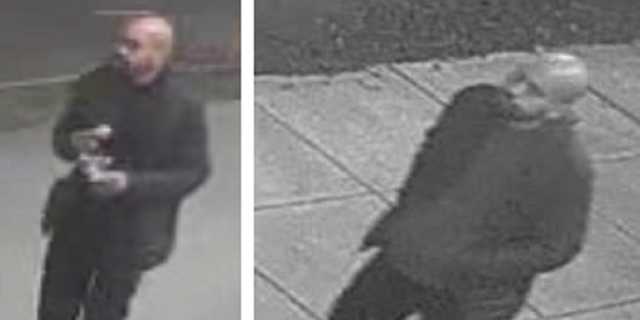 Photo shows the suspect believed to have targeted homeless individuals in Washington, D.C.

Meanwhile, police are still investigating whether the death of the third victim on Sunday was related to Saturday’s pattern, police said.

The NYPD and Washington, D.C.’s Metropolitan Police Department announced late Sunday that they were jointly investigating the pattern and noted: “Between the two cities, there have been five shootings, including two homicides. In each offense, the victims were experiencing homelessness.”

The departments did not include Sunday’s New York City incident in their outline of events.

Metropolitan Police reported three incidents that spanned from 4 a.m. on March 3 to about 2:55 a.m. March 9. The first two incidents – reported in the early morning hours of March 3 and at 1:20 a.m. March 8 – involved a suspect approaching the victims and shooting them multiple times, causing non-life-threatening injuries, police said.

And in the final incident, police said a Metropolitan Police officer was around the 400 block of New York Avenue Northeast at about 2:55 a.m. Wednesday when they spotted a tent that was on fire.

After extinguishing the blaze, they discovered a dead man inside. The victim was found to have been stabbed and shot multiple times, police said.

“[W]e are calling on everyone in our cities to look at the images of the suspect and report any information, however small, that may be useful. The work to get this individual off our streets before he hurts or murders another individual is urgent,” the mayors said.

They added: “[I]t is heartbreaking and tragic to know that in addition to all the dangers that unsheltered residents face, we now have a cold-blooded killer on the loose, but we are certain that we will get the suspect off the street and into police custody.”