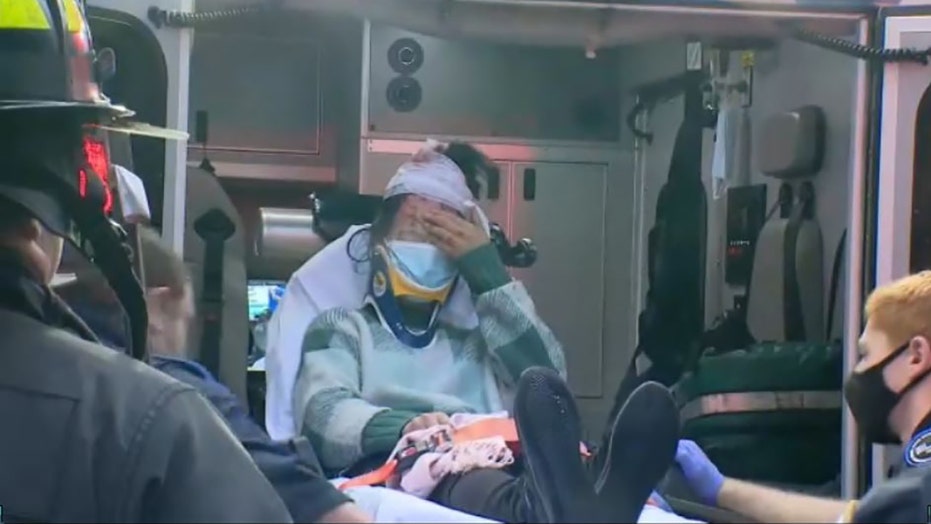 A New York City woman was pushed in front of an oncoming train during an apparent robbery while standing on a subway platform in Times Square Friday afternoon, authorities said.

The woman, whose name was not released, was rushed to Bellevue Hospital with head and neck injuries, FOX5 New York reported, citing the NYPD.

The victim had been standing on the northbound R track platform when a man grabbed her purse and pushed her onto the tracks as a train was pulling into the station, police said. 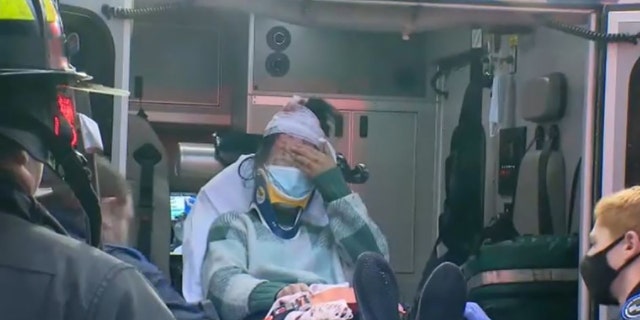 The victim was rushed to Bellevue Hospital with injuries to her head and neck, police said.
(FOX5 WNYW)

“The train operator managed to stop the train when he was three to four cars into the station,” MTA acting CEO Janno Lieber told reporters.

Bystanders jumped into action, pulling the woman off the tracks and stopping the man from escaping until police arrived. The suspect, a man in his 40s who police said may be homeless, was arrested.

“Nobody — no rider, no New Yorker — should have to fear this kind of thing happening,” Lieber said, adding that three people have been pushed onto tracks in the last week.

“I’m working with @MTA and our City partners to make our transit system safer,” Hochul said. “No one should ride the train or walk the streets in fear.”

From Nov. 1-7, citywide transit crime increased 80%, with 47 incidents reported, compared to 26 incidents during the same period last year, according to NYPD statistics.

NYPD Commissioner Dermot Shea told WPIX-TV Wednesday that the 80% rise in transit crime “is a little misleading” because it was compared to data in 2020 when ridership was at historic lows and schools were closed due to the coronavirus pandemic.

“When you take a look at the transit system in its entirety, very safe,” Shea said. “Do we have some issues? Absolutely.”