A TRAIN station roof has collapsed onto a platform in front of shocked passengers today.

Dramatic pictures show rubble strewn across the floor of the commuter station in Northwich, Cheshire. 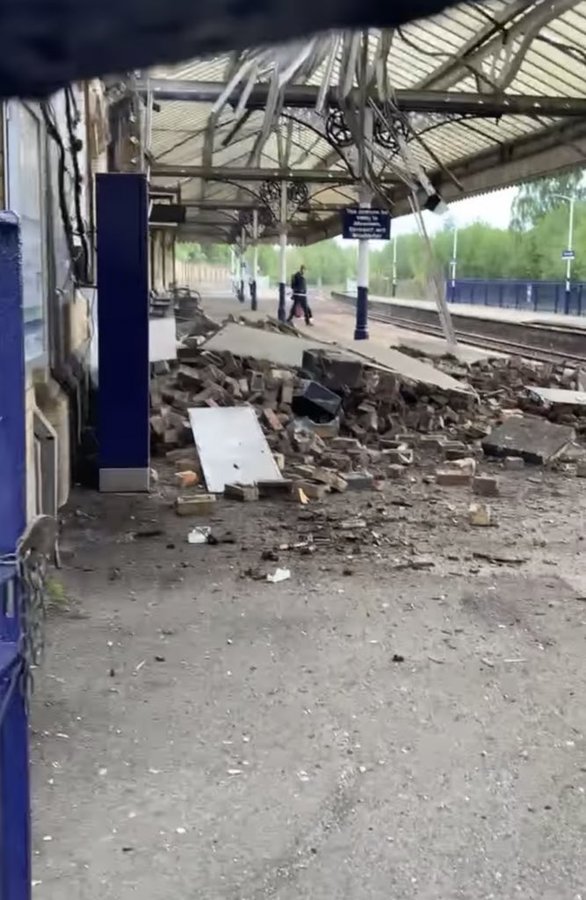 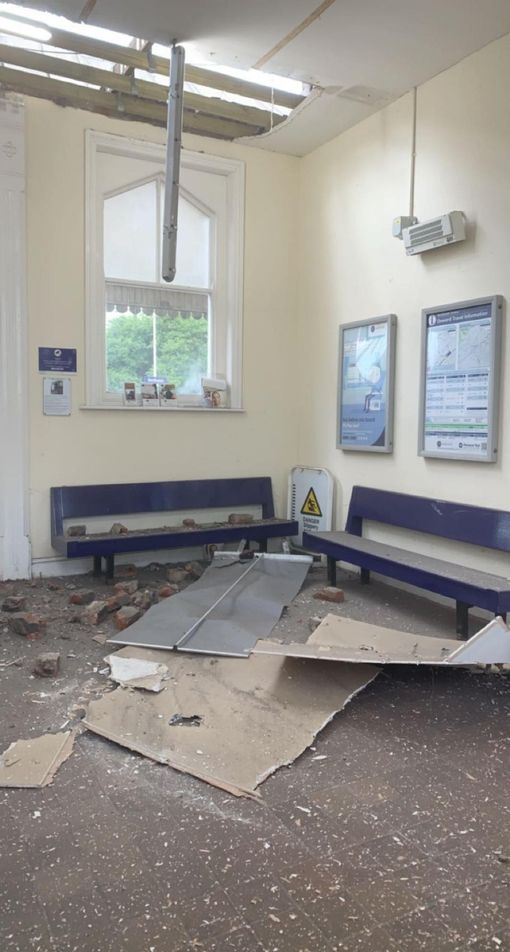 Firefighters were called to the scene and confirmed nobody was injured.

Northern Rail warned passengers face severe delays and cancellations to services between Chester and Manchester while the rubble is cleared from the track.

Hollie Sephton said she was just walking up to the platform when the roof suddenly collapsed.

She told Cheshire Live: "I walked up and the roof just fell on its own, that’s literally all that happened. It was complete silence one minute, and then all of a sudden it just fell.

"Everyone jumped into action though and everyone was fine."

Services will either be cancelled or delayed for up to 40 minutes with disruption expected “until the end of the day”.

Services have also been suspended on Northern between Chester and Hale with replacement buses running between Northwich and Stockport. 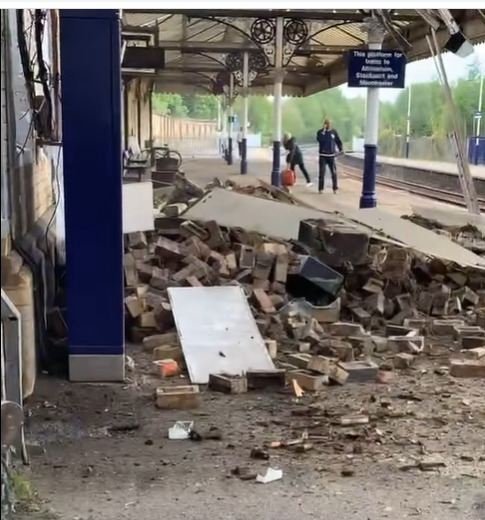 Weaver Vale MP Mike Amesbury said: "I was shocked to learn of a serious roof collapse at Northwich Railway Station this morning.

"My team have spoken to police and, miraculously, it appears nobody has been injured although there has been major disruption to the railway."

Network Rail says it's "too early to say' what caused the collapse.

"Fortunately, no one has been injured. It’s too early to say what caused this but investigations are under way. Fire crews have now left the scene and the station remains closed.

"Northern has suspended all services on the Mid Cheshire Line. Rail replacement buses are in operation between Hale and Chester.

A spokesman for Northern added: “As a result of the ongoing incident at Northwich all services on the Mid Cheshire Line are currently suspended.

“Rail replacement road transport has been arranged for customers travelling between Hale and Chester on the Mid Cheshire Line. Northern is also working with schools in the area to arrange transport for schoolchildren this afternoon.

“Anyone planning to travel in the area today should check National Rail Enquiries for the most up-to-date information.”