The sister of North Korea Supreme Leader Kim Jong-Un has claimed that talks of peace with South Korea can resume if it ends “hostile policies.”

This week marked the start of the U.N.’s 76th General Session, bringing to the fore many international tensions and issues. South Korean President Moon Jae-in used the opportunity to once again call for the two Koreas to formally end the decadeslong war.

A senior North Korean Foreign Ministry official initially dismissed the idea as “premature,” but Kim Yo-Jong, the supreme leader’s sister, said Friday that the idea was “admirable,” the BBC reported. 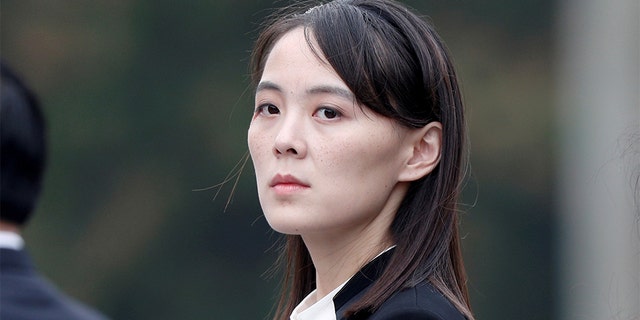 However, any work towards a ceasefire would require the South to stop what Kim Yo-Jung labeled the “hostile policies” against the North.

“What needs to be dropped is the double-dealing attitudes, illogical prejudice, bad habits and hostile stand of justifying their own acts while faulting our just exercise of the right to self-defence,” she said in a statement.

The statement continued: “Only when such a precondition is met, would it be possible to sit face to face and declare the significant termination of war.”

South Korea’s Unification Ministry said it is carefully reviewing Kim Yo-Jong’s statement as the South continues its efforts to restore ties with its northern counterpart.

Nam Sung-wook, a professor at Korea University in South Korea, said North Korea is putting indirect pressure on Seoul to work to arrange talks on easing the sanctions as it pushes for the declaration of the war’s end.

“It’s like North Korea saying it would welcome talks on the end-of-the-war declaration if lifting the sanctions can also be discussed,” Nam said.

Kim Yo-Jong has made strong comments in the past, including a warning in 2020 of a “tragic scene” after she accused Seoul of not doing enough to stop an anti-Pyongyang leaflet campaign.

Kim Yo-Jong now serves as the Workers’ Party’s Central Committee first vice department director, an elevated position that grants her greater power over the party and, by extension, the country. When her brother disappeared from the public eye in April 2020, rumors circulated that Kim Yo-Jong would potentially replace him as leader of the country.

While her brother has made public appearances since then, Kim Yo Jong has taken a more prominent place in public dealings.