OSLO (Reuters) – This year’s Nobel Peace Prize winners on Sunday called for justice for the victims of sexual violence in conflicts around the world, a day before they will receive the award for their efforts to put an end to rape as a weapon of war. 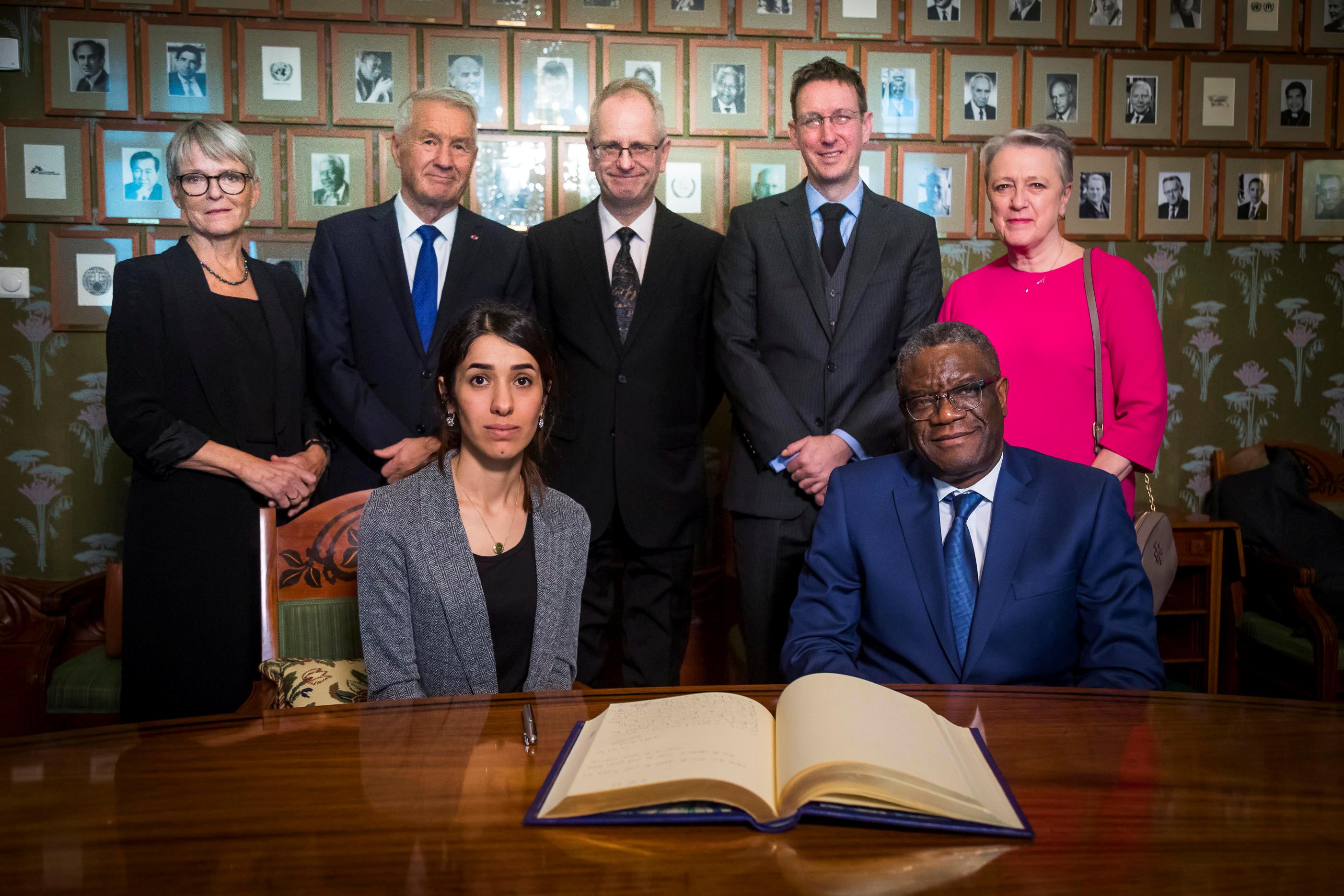 Denis Mukwege, a doctor who helps victims of sexual violence in the Democratic Republic of Congo, and Nadia Murad, a Yazidi rights activist and survivor of sexual slavery by Islamic State, will jointly receive the 2018 Nobel Peace Prize at a ceremony on Monday in the Norwegian city.

Mukwege heads the Panzi Hospital in the eastern Congo city of Bukavu. The clinic receives thousands of women each year, many of them requiring surgery from sexual violence.

Murad is an advocate for the Yazidi minority in Iraq and for refugee and women’s rights in general. She was enslaved and raped by Islamic State fighters in Mosul, Iraq, in 2014.

Murad has campaigned for a United Nations investigative team to collect and preserve evidence of acts by Islamic State in Iraq that may be war crimes, crimes against humanity or genocide.

The team began its work in August, a year after it was approved by the U.N. Security Council.

Murad, speaking at a news conference at the Norwegian Nobel Institute on Sunday, said that not a single person in Iraq had yet faced justice for raping Yazidi women and girls.

“We have not seen a single piece of justice in this light. We need to receive justice one day,” she told reporters via an interpreter, adding that 3,000 Yazidi women and girls still remained in sexual captivity with IS fighters.

But she was also hopeful. “If it was not for our campaign over the past four years, we would not have seen the steps we have seen toward justice.”

Her fellow Nobel laureate, Mukwege, who lives in the grounds of the Panzi hospital and who frequently receives death threats, said justice needed to be included in any peace process.

The Second Congo War, which killed more than five million people, formally ended in 2003, but violence is still a problem in the country, where militias frequently target civilians.

“There is humanitarian law. We call on it to be applied in an impartial way. After the war ended, we have seen war lords reach the top of the state and there was no discussion of justice and violence has continued,” he said at the news conference.

Winning the Nobel Peace Prize, he said, would help to bring perpetrators to justice.

“It will help the international community take its responsibilities when it comes to the victims of sexual violence,” he said.

Mukwege also said he was concerned that elections in the Congo planned for Dec. 23 could lead to a resurgence of violence if they were not free and transparent.