Not even senior Health Department figures overseeing hotel quarantine knew who was in charge, according to evidence to an inquiry into the Victorian program.

An email was read out at the Victorian inquiry into hotel quarantine from a director of emergency management, Merrin Bamert, where she wrote: "this operation was being managed out of a range of sites with no clear operational structure".

Counsel assisting the inquiry, Ben Ihle, questioned Ms Bamert about the email she had written on May 21. It was written in reply to an issue raised by Safer Care Victoria, who were investigating the death of a detainee in hotel quarantine in April.

"I'm not sure who you would say was in charge at that point," she wrote.

However, despite the correspondence, Ms Bamert had given seemingly contradictory eveidence earlier on Friday when she stated that "there was a clear line as to who was developing the policy and my job was to operationalise that."

In her view, Ms Bamert said, it was clear, but maybe it wasn't clear for the people in her team who were not privy to the "high level" discussions occurring.

The inquiry also heard that travellers and expats who returned positive tests but had reached the end of the mandatory 14-day detention in hotel were released and told to isolate at home.

A Health Department official who oversaw the program, Pam Williams, agreed with counsel assisting the inquiry, Ben Ihle, that there was tension between allowing people to be released and the primary purpose of hotel quarantine, which was to prevent international arrivals to Victoria from bringing in coronavirus. Ms Williams said it was a public health decision. 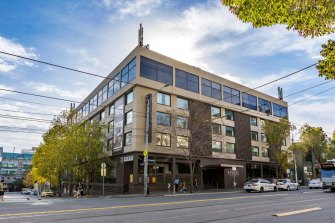 The Rydges on Swanston was the site of a cluster of COVID-19 cases.

Very few people in quarantine had coronavirus, with 1 per cent of the more than 20,000 who went through the program testing positive.

‘‘Each person, once they tested COVID-postive was dealt with according to their individual circumstances,’’ she said.

People who were positive when they left quarantine were directed to isolate and could have been fined $20,000 for failing to comply. 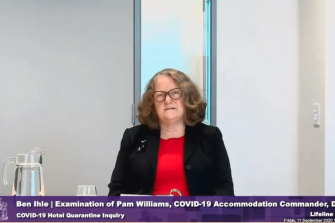 Pam Williams was a commander for Operation Soteria, the taskforce that ran the hotel quarantine program.

Ms Williams described most people who went through the hotel quarantine program as compliant.

Detaining international arrivals in their homes, rather than hotels, was considered by the department, the inquiry heard.

Ms Williams’ colleague and department deputy secretary Melissa Skilbeck said on Thursday she wasn’t confident that returned travellers would comply with the order to stay home, despite the risk of a $20,000 fine.

‘‘It was at a point which meant the public health risk was considered unacceptable,’’ she said. 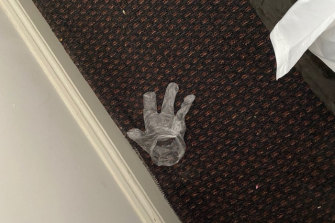 A discarded glove Mr de Kretser found on the floor of his dirty hotel room.

But Mr Girgis said he only found out why they had been asked to clean common areas when they contacted the hotel.

‘‘That was the only way we found, just by chance that morning, by asking the question,’’ Mr Girgis said.

Ikon was called back to clean the hotel on June 3 and 4. By that time, the hotel had been shut down to new arrivals after more workers tested positive. Not that Mr Girgis was told, he said.

Health department medical advisors ordered a deep clean of common areas after the first positive test on May 26, which Ikon was contracted to do.

But, the inquiry heard previously, the deep clean was inadequate with a wrong disinfectant used.
Mr Girgis said he was never told their cleaning wasn’t up to scratch.

Mr Girgis was also shown photos taken by prominent human rights lawyer Hugh De Kretser, who was quarantined in the Rydges in late June when it was reopened to new arrivals after it was shut down from early June after the outbreaks.

The photos showed used face masks and plastic gloves under the bed, food crumbs on the floor and stains on the doonas. 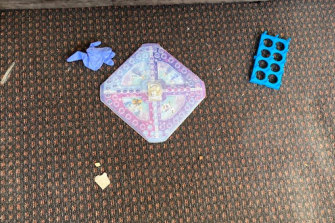 The room had not been used since it was cleaned in early June.

‘‘This is not indicative of the work we produce,’’ Mr Girgis said, at a loss to explain why the room was in such a state.

Mr Girgis’ lawyer said in the swabs of more than 1000 rooms Ikon had cleaned had always come back negative for COVID-19.

The inquiry wrapped up on Friday before they could get to the evidence of former Deputy Chief Health Officer Annaliese van Diemen. She will take that stand next week.