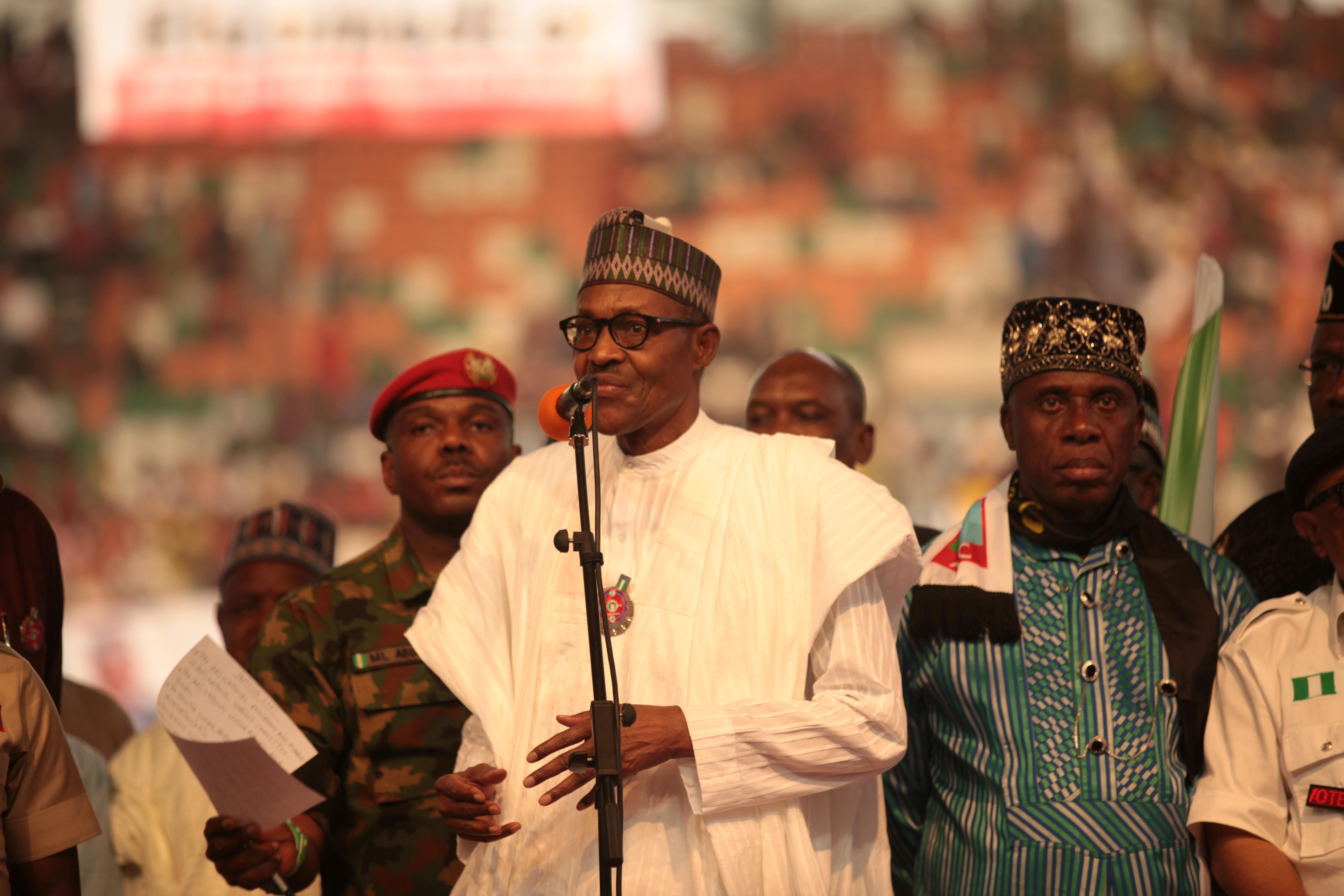 LAGOS (Reuters) – Nigeria’s President Buhari on Friday acknowledged that an electoral commissioner is an extended family member by marriage, but denied claims by the main opposition party that she is a blood relative, ahead of the country’s Feb. 16 presidential election.

Elections in Africa’s most populous nation have for years been marred by allegations of irregularities including vote rigging, voter intimidation, cronyism and violence.

The People’s Democratic Party on Thursday accused Buhari and the Independent National Electoral Commission of plotting to rig the election with the appointment of Amina Zakari, whom the party said is Buhari’s niece.

“President Buhari and Commissioner Amina Zakari don’t share a family relationship,” a spokesperson for the president tweeted on Friday.

“An inter-marriage occurred in their extended families, so the imputation of blood relationship between the President and the electoral commissioner is a simple lie,” he added.

In a statement on Thursday, the People’s Democratic Party rejected Zakari’s appointment as “head of the collation of results,” calling her a “blood relation.”

A commission spokesperson did not respond to a request for comment.

Buhari, who is seeking a second term, reassured voters in October that the election would be free and fair after international observers raised concerns over how a gubernatorial vote was conducted at the time.