A frustrated medic has shared a video of herself twirling a pen as she waited for numerous patients who failed to show up for their NHS appointments.

Dr Punam Krishan posted the video to Twitter on Christmas Eve when five patients didn’t arrive for their booked appointments at a Glasgow practice.

She said: ‘Waiting patiently for patients that failed to turn up for the appointments they booked this morning – five so far!!!’ 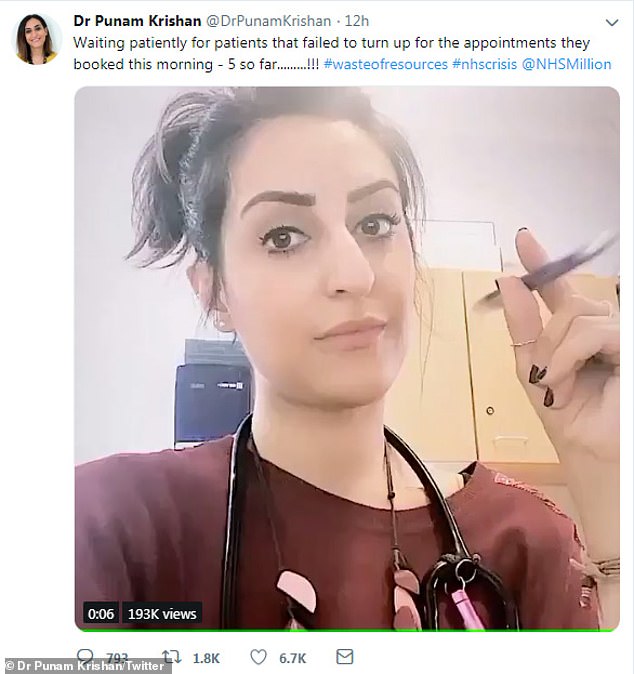 Dr Punam Krishan, from Glasgow, waited through five ‘did not attend’ appointments at a practice on Christmas Eve

Dozens of social media users commented on the post to show support to NHS workers.

Heather Ferguson said: ‘I’m very grateful for the out of hours GP and pharmacist who saw my two-year-old today, even though we’re hundreds of miles from home!’

The video, which has so-far been viewed more than 193,000 times, has even led to calls for patients to be fined if they skip their NHS consultations.

One Twitter user, Lisa, said: ‘They should be fined. £5 – £10. For each failed [appointment]. Maybe then they’d learn to respect the NHS.’ 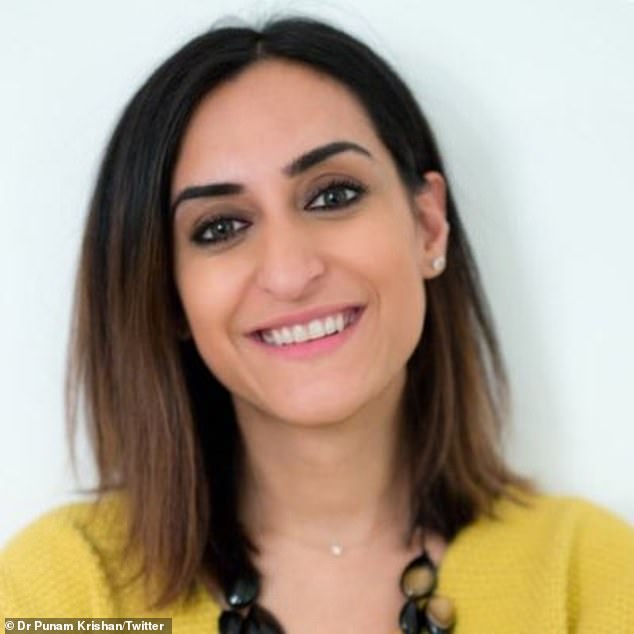 She said: ‘Waiting patiently for patients that failed to turn up for the appointments they booked this morning – five so far!!!’

Sandra said: ‘Honestly i think if patients dont have a viable reason for not turning up to their [appointments] they should be fined for misuse.’

Another commenter, Steven, suggested a fee of £20 should be paid for each booking – with exceptions for the elderly.

He said: ‘Easy to solve. £20 paid as a fee for each appointment upon booking.

Others lamented how difficult it often is to book a doctors appointment in the first place.

Caroline Haig said: ‘And so many people will have been told they can’t get an appointment until January, when they could have had these ones.’

Gary White added: ‘Maybe they died waiting for an appointment. Mine is a two week wait to see my own GP.’ 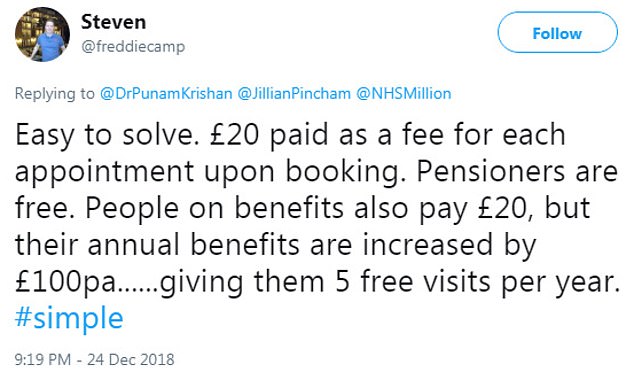 But Dr Krishan, who is also an honorary clinical lecturer at the University of Glasgow, is far from the only medic to have experienced no-shows.

Marian Weadick said: ‘I work in a GP surgery and it’s about 50 patients a week that fail to attend. That’s 50 people who could be seen earlier.’

Asif Munaf, who appeared in Dragons Den, said he had five ‘did not attend’ appointments at his pediatric sports injury clinic on Friday alone.