A low hit by Mac Jones on Eli Apple has sparked public debate between the two players and multiple accusations that the Patriots quarterback plays "dirty."

The hit took place during Saturday's game between New England and the Cincinnati Bengals. Cincinnati linebacker Germaine Pratt returned what was was believed to be a Jones fumble down the left sideline with Jones giving chase. Apple, a Bengals cornerback, trailed the play as Patriots receiver Tyquan Thornton also gave chase.

As Apple pursued Thornton, Jones dove low in front of Apple's legs to knock him down.

Officials ruled that Jones threw an incomplete pass instead of fumbling the ball, and the return didn't stand in the Bengals' 22-18 win. Officials' didn't flag Jones for a penalty. After the game, Apple was candid in his assessment of Jones' dive.

“He tripped me,” Apple told reporters. “I thought it was a dirty play. He’s done that before. I’ve seen it.” 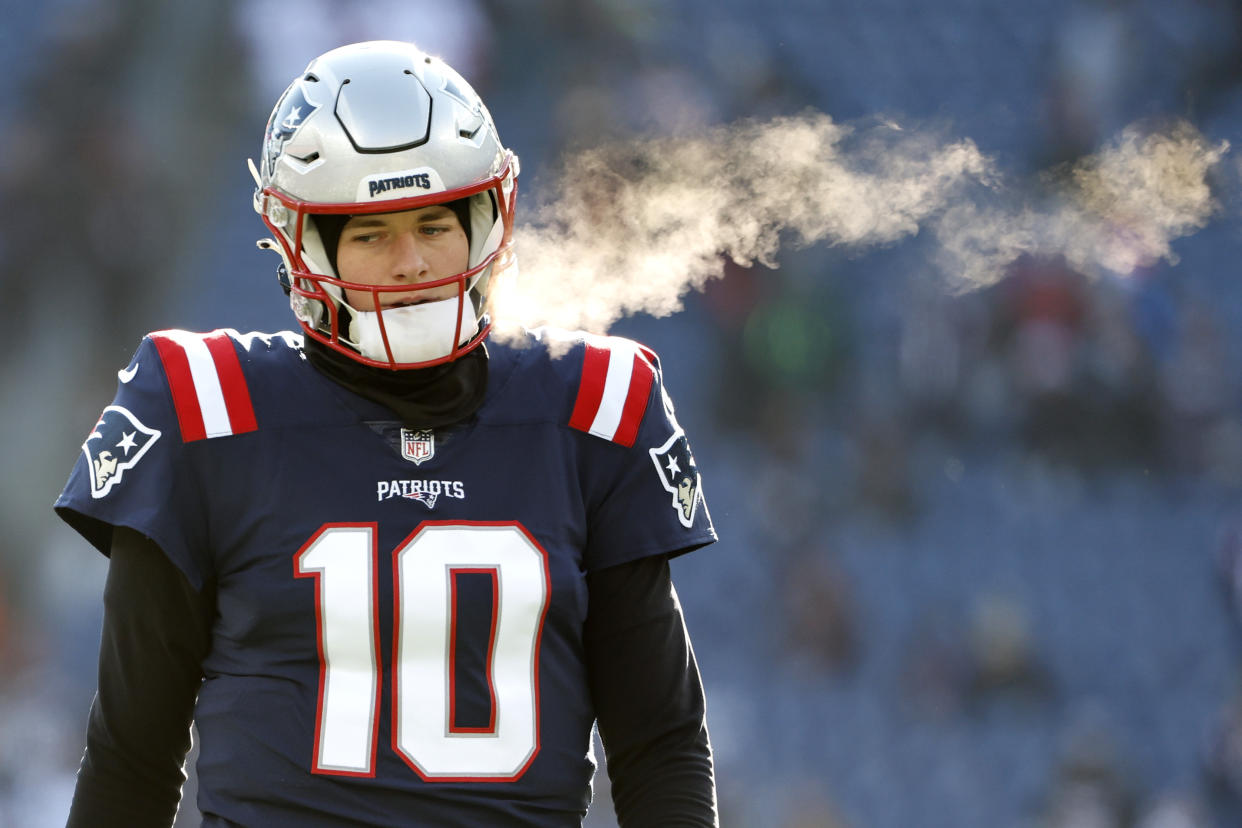 Jones: Dive was 'just part of the game'

On Monday, the Boston Globe reported that the NFL is investigating the play for a potential fine that would be revealed on Tuesday. Jones, meanwhile, addressed the play and the criticism with Boston sports radio WEEI. He defended his dive as a "split-second decision."

He then likened the play to hits he takes in the pocket as a quarterback.

"There's no hard feelings and definitely no intention to hurt anybody on that play. Nor do I believe that when I'm playing quarterback that's what [the defense is trying to do]. I get hit a lot, too. We're all out there playing hard. It's just part of the game."

Eagles cornerback Darius Slay apparently doesn't agree with Jones' assessment that his play is "part of the game." NFL reporter Dov Kleiman tweeted video of past Jones plays that he deemed "dirty," prompting a tweet from Slay expressing enthusiastic agreement.

Jones has regressed in his second season after quarterbacking the Patriots to the playoffs as a rookie. He's drawing criticism for his demonstrative on-field outbursts as losses pile up on a 7-8 team. Now he can add a growing chorus of dirty play accusations to his woes.