Israeli Prime Minister Benjamin Netanyahu declared a state of emergency in the city of Lod late Tuesday after mass riots broke out amid escalating hostilities between Israel and Hamas, according to local reports.

“It’s anarchy from rioters that we cannot accept,” he said, adding, “Without the rule of law, there is nothing.”

Thousands of mourners joined a funeral in Lod for an Arab man killed by a suspected Jewish gunman the previous night.

The crowd clashed with police, and set a synagogue and some 30 vehicles, including a police car, on fire, local reports said.

The government ordered paramilitary border guards from the West Bank be deployed to the city, while Netanyahu said he would impose a curfew if necessary.

The central city is located just 16 miles away from Tel Aviv, which was targeted by militant group Hamas with a late-night barrage of rockets launched from the Gaza Strip.

Hamas said it launched 130 rockets in retaliation for an Israeli strike earlier Tuesday evening that leveled a high-rise residential building in Gaza housing the offices of top Hamas officials. Israel had launched airstrikes after Hamas and other terror groups bombarded multiple Israel targets. 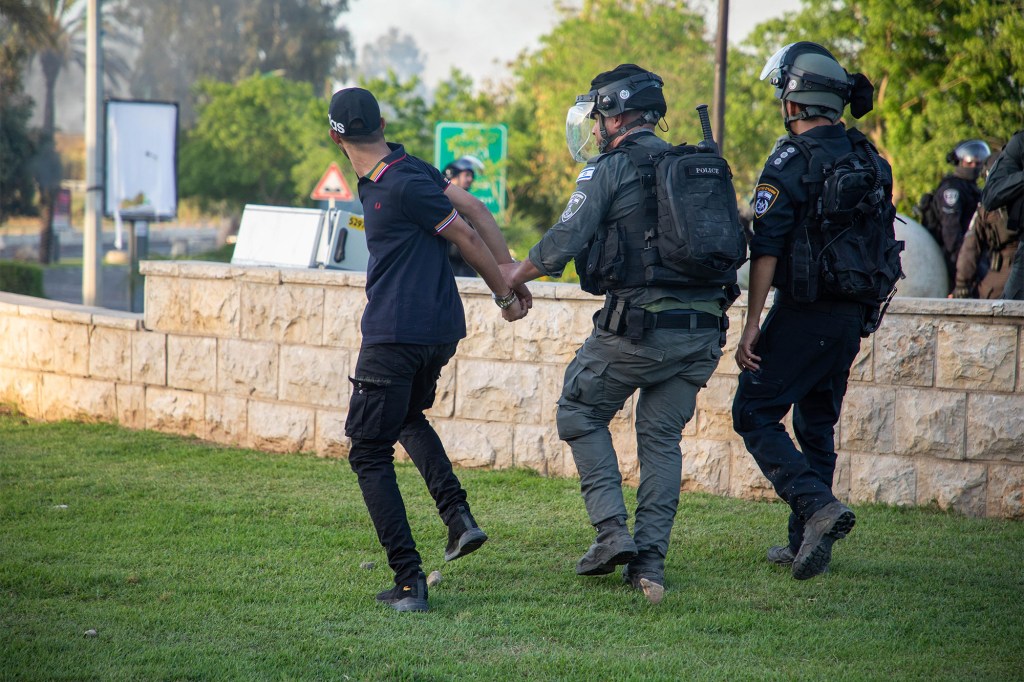