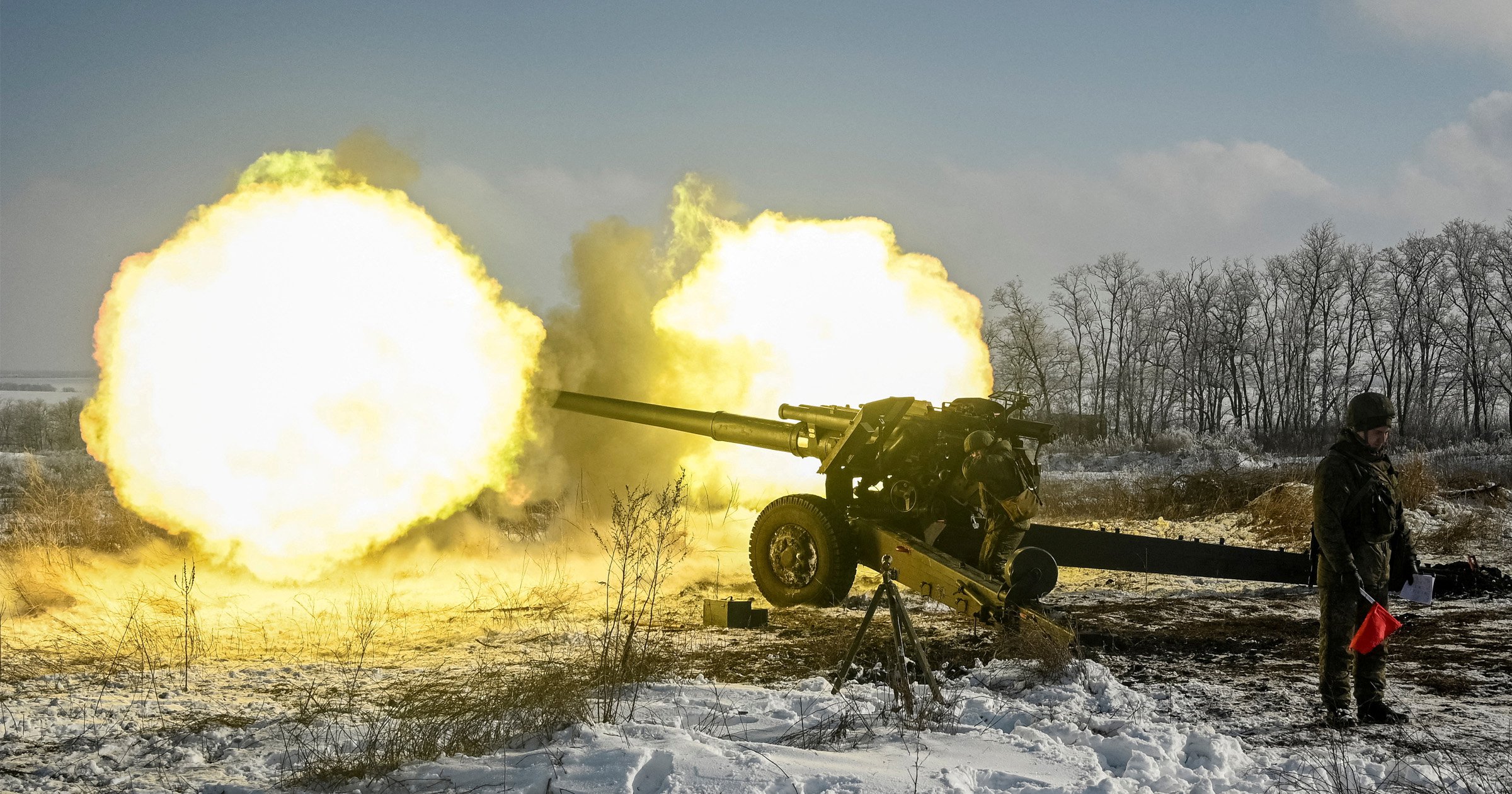 UK troops could be sent to bolster Nato defences with the path to a diplomatic solution over Ukraine looking increasingly narrow.

The government has confirmed it is willing to send British troops to Eastern European and Baltic countries as a deterrent against Russian aggression.

The Slovakian government revealed today it has discussed more soldiers being sent to patrol its eastern border, although its unclear if the Ministry of Defence would be involved.

British troops are preparing to head to Estonia to increase the size of the UK-led Nato force already in place there.

Talk of further Nato moves comes after the Kremlin said there is ‘little ground for optimism’ that talks with the US can produce a breakthrough.

The US has formally responded to demands spelled out by president Vladimir Putin in mid-December centred on scaling back Western military presence in Europe’s east and providing a commitment Ukraine will never be permitted to join.

Officials will set out a technical response soon and suggested there could be some scope for compromise on lesser proposals but the US has adopted a hard line on the substance of Moscow’s proposed new defence settlement.

US secretary of state Anthony Blinken said ‘there is no change, there will be no change’ when asked about how far Washington is willing to go to appease Mr Putin on Nato expansion.

Kremlin spokesperson said he was not hopeful talks would be fruitful but added: ‘There always are prospects for continuing a dialogue, it’s in the interests of both us and the Americans.’

Russian foreign minister Sergei Lavrov noted that the US response contains some elements that could lead to ‘the start of a serious talk on secondary issues’.

But Putin’s top diplmat added that the ‘document contains no positive response on the main issue’, namely the moratorium on Ukraine membership and scaling back military assets near Russia’s border.

Nato has confirmed it is bolstering its deterrence in the Baltic Sea region in response to a military build-up on Ukraine’s coast.

The US ordered 8,500 troops on higher alert for potential deployment to Europe.

Defence secretary Ben Wallace has confirmed reports which emerged over the weekend that he is due to hold talks with his counterpart in Moscow.

The negotiations will be the first bilateral defence meeting between the two nations since 2013 but Mr Wallace said he is ‘not optimistic’ an invasion can be averted.

Satellite images have revealed the scale of the troop build-up on Ukraine’s border, whie Kyiv and it’s Western allies are also concerned about Russian military drills being conducted nearby.

Infantry and artillery units in southwestern Russia have practiced firing live ammunition while warplanes in Kaliningrad on the Baltic Sea performed bombing runs.

Dozens of warships sailed for training exercises in the Black Sea and the Arctic, and Russian fighter jets and paratroopers arrived in Belarus for joint war games.

Another naval exercise is planned for early February just 150 miles off the south coast of Ireland.