Two historic Sunshine Technical College buildings face the wrecking ball, even though the state government is yet to decide what it wants to do with the site.

The National Trust, Brimbank City Council and community groups are fighting the planned demolition, saying the 80-year-old moderne-style buildings have significant architectural, historical and cultural value. They are worried other heritage structures will be in danger if the buildings are razed. 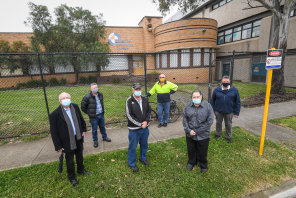 Sunshine and District Historical Society president John Pardy said the proposed demolition was “a silly thing to do”.

“I don’t think people in authority recognise the historical significance of it, in the history of school education in Victoria,” he said.

Dr Pardy said post-primary schooling in the form of apprenticeship and junior technical education was conducted from the site since 1913.

That was when 49 apprentices started at the new Sunshine Technical School, which was built after industrialist Hugh Victor McKay, owner of Sunshine Harvester Works, donated £2000 and five acres of land on Derby Road to the education department. Mr McKay served on the school council until his death in 1926. 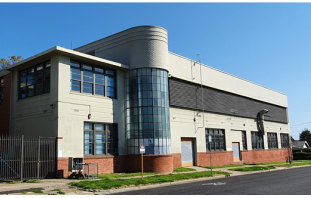 The Education Department has advertised the tender to demolish the buildings.

In a show of its opposition, Brimbank City Council earlier recently nominated the buildings to be listed on the Victorian Heritage Register.

National Trust Victorian CEO Simon Ambrose told The Age a listing would make it more difficult, but not impossible, for the government to demolish the buildings. 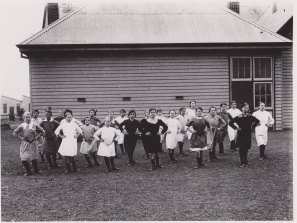 Girls at Sunshine Technical School in the 1920s.Credit:Sunshine College collection

Mr Ambrose wrote to Mr Merlino, saying there was no community consultation relating to the proposed demolition, and no immediate plans to redevelop the site.

He said the buildings were “of national historical and social significance as part of a suburb created by Australia’s leading industrialist, HV McKay, and as a milestone in the development of the industrial suburb under the influence of the ‘garden city’ movement”.

Mr Ambrose said they were “among the municipality’s most significant 20th century buildings”, designed in moderne architectural style by Percy Everett, the chief architect of the Public Works Department at that time. 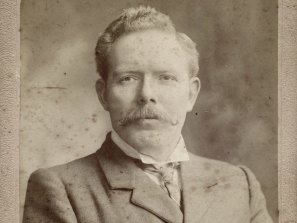 He said the buildings were excellent examples of moderne architecture, and a reminder of the important role the western suburbs played in Melbourne’s industrial rise.

Former “Sunny Tech” student Linda Martin, 66, of Derrimut, said she would be disappointed if the “beautiful” building for girls she attended from 1967 to 1970 was destroyed. Instead, she wants it retained for community use.

“Sunshine had such a nice atmosphere (in the past). It had a quaintness about it,” Ms Martin said. “(But) the fabric of Sunshine is changing, not necessarily for the better. They’re putting up a lot of high-rise (buildings).”

Brimbank mayor Ranka Rasic said her council was trying to protect “the little we have left of our heritage and significant historical buildings”. 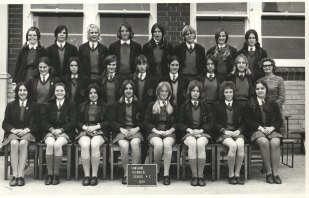 “We are concerned that the demolition … will set a dangerous precedent for developments, at the expense of Sunshine’s heritage, and [that] the important contributions Sunshine has made in shaping Australia’s economy, technical education and labour framework will be erased from the community’s consciousness forever,”.

Heritage Victoria will recommend to the Heritage Council whether the buildings should be placed on the Victorian Heritage Register. The recommendation will be advertised for 60 days, with public submissions invited. The Heritage Council traditionally then holds a public hearing to make its ruling.

An Education Department spokesperson told The Age: “We are discussing the future of this site with Heritage Victoria. A decision on the use of the site is yet to be finalised”.