BORIS Johnson ordered a national lockdown after health chiefs warned ice rinks could be used as mortuaries in the second Covid wave.

The PM was presented with horrifying plans in the event of hospitals becoming overwhelmed – including storing dead bodies in skating centres, amid warnings of 4,000 deaths a day. 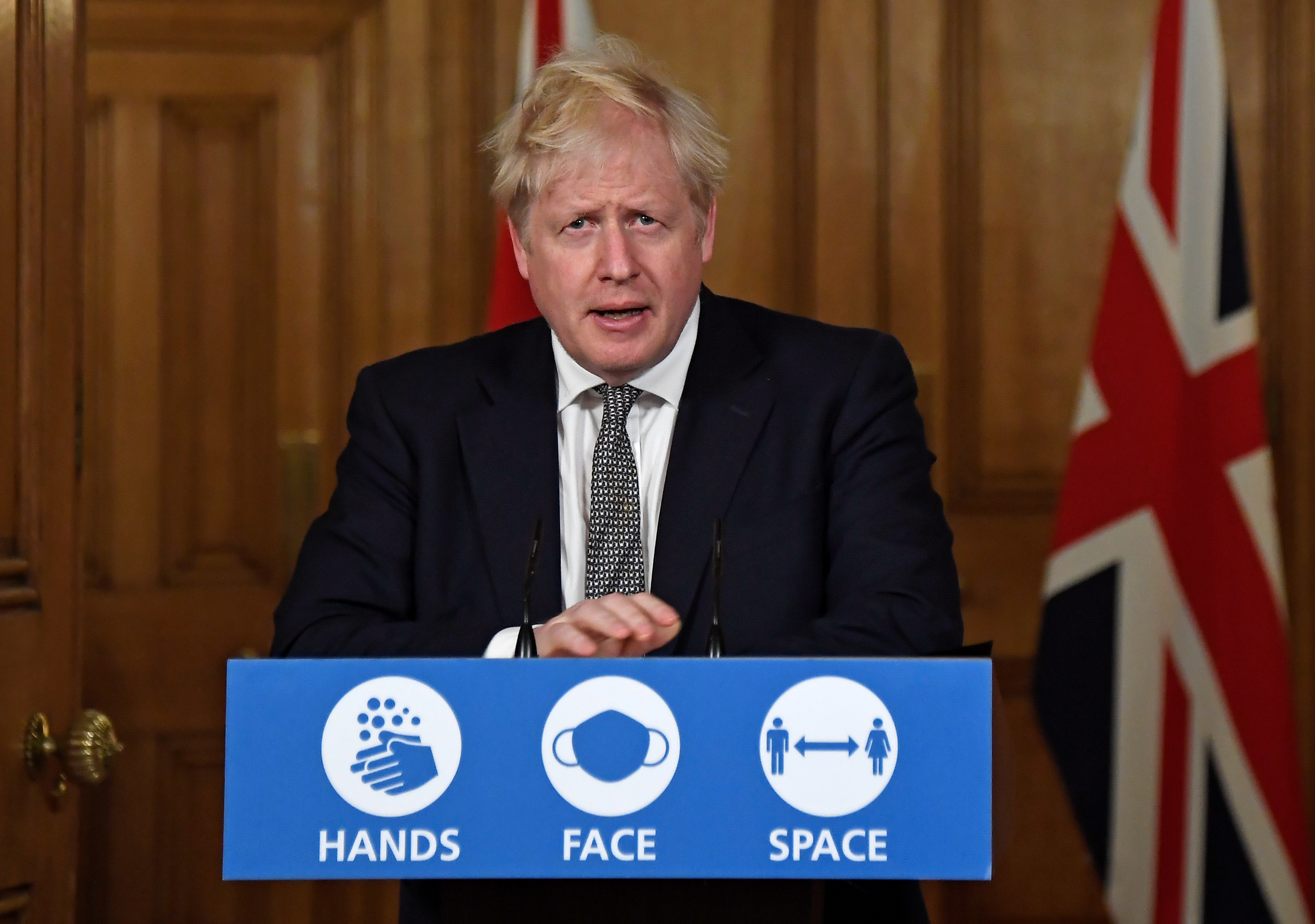 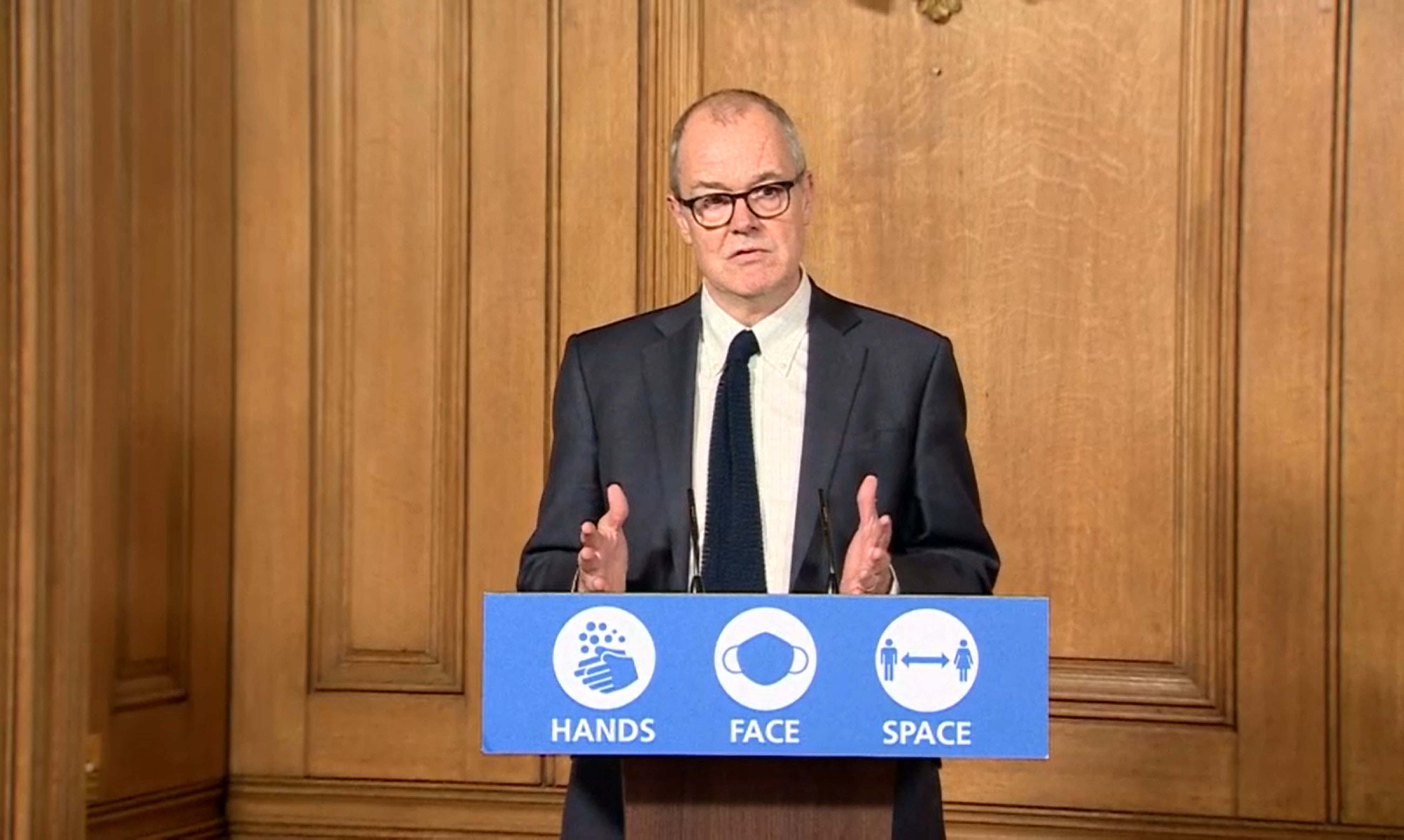 Sir Simon Stevens, head of the NHS, pulled together the plans amid fears thousands would died each die at the peak of the second wave – expected to come by Christmas if nothing is done.

It was said to be this which convinced the PM to make the U-turn and order a national lockdown.

One official present at the Covid Quad committee meeting told the Mail on Sunday: “I could have wept – it was so awful.

“The PM was given hard facts about real people in hospital beds, and the debate was effectively over. He was told how many hospitalisations were already baked-in to the projections due to the steep rise in infections.”

Another source said: "The scientists and Matt [Hancock] were saying the death rate will be worse than in April.

"The decision was made to effectively wipe the next month from the calendar – 'losing November to save December'."

It comes after Chief Scientific Adviser Sir Patrick Vallance warned last night Britain faced twice as many coronavirus deaths from the second wave as the first peak without a second national lockdown.

In a grim assessment of the country's battle with Covid-19, Brits were warned deaths in the second wave could surpass the first peak by the start of December.

At yesterday's Downing Street press conference, Boris Johnson confirmed a four-week lockdown in England from Thursday to curb the spread of Covid-19, with the shutdown to last until December 2.

The Prime Minister warned without action to tackle the virus "we could see deaths running at several thousand a day".

Hospitals would run out of capacity within weeks and doctors forced to choose between "who would live and who would die", the PM said.

Sir Patrick said the R rate had surged above one from August onwards "and the epidemic continued to grow".

He said: “What is clear that in terms of deaths over the winter, there is the potential for this to be twice as bad in comparison to the first wave. The model is showing that this could be the case.

“Over the next six weeks into early December, the numbers exceed the number of hospital admissions from the first wave.

"What you can see is that the model suggests, increasing deaths over the next six weeks, so by the beginning of December, this will get close to the first wave, if nothing is done." 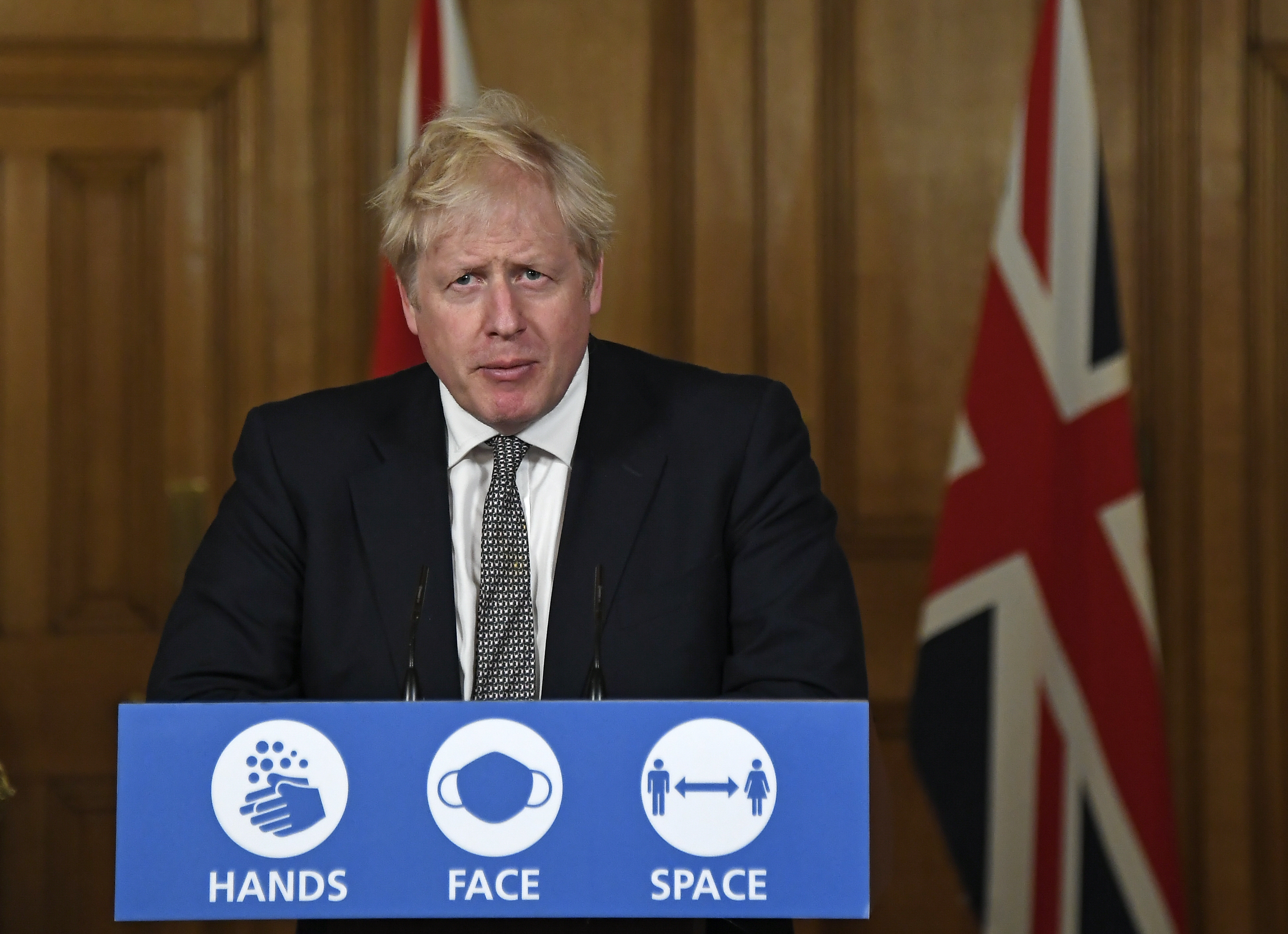 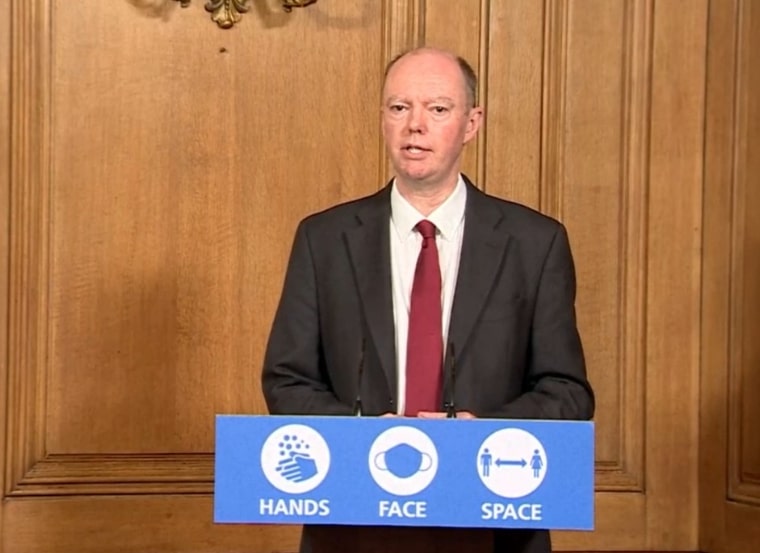 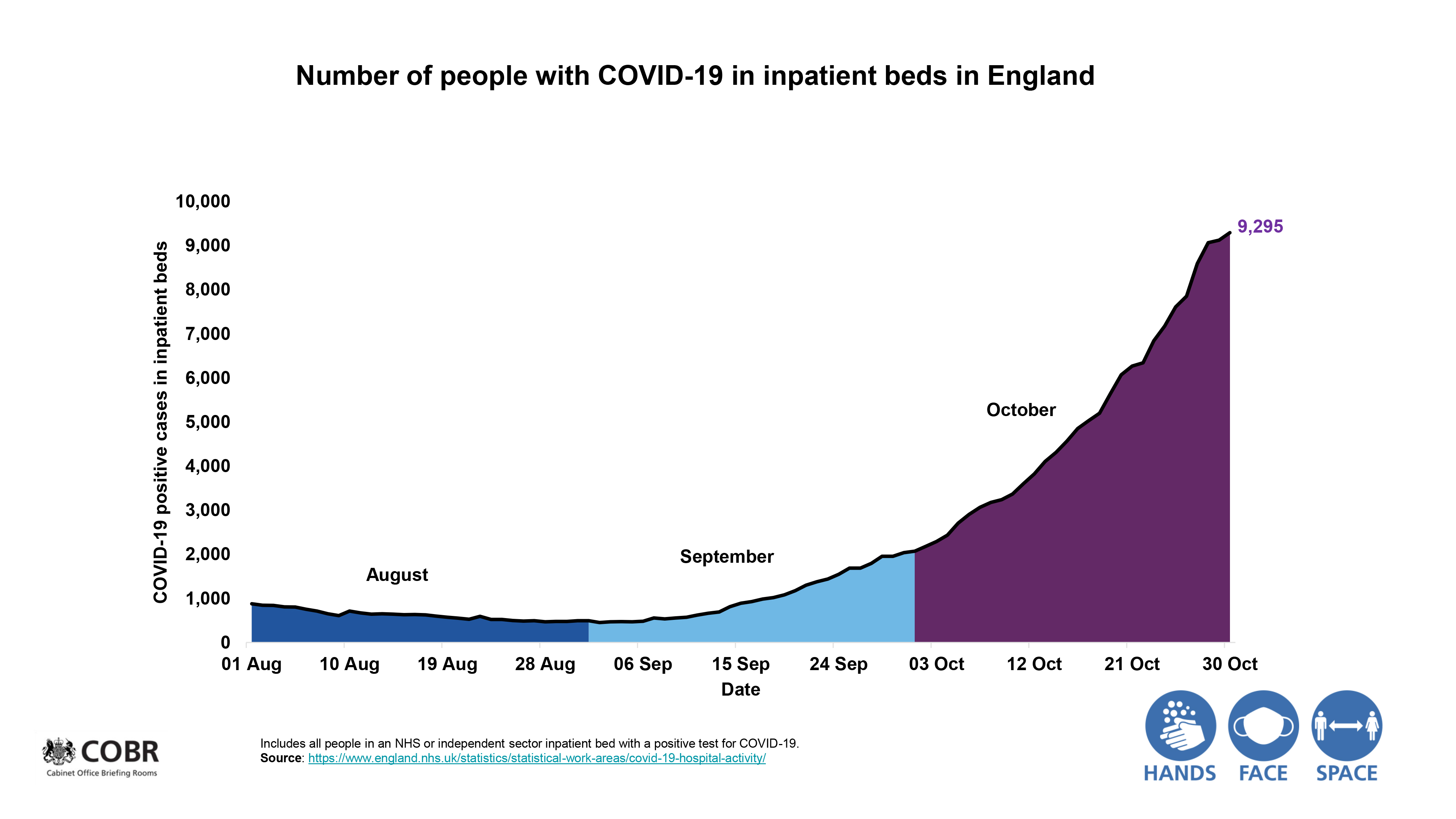 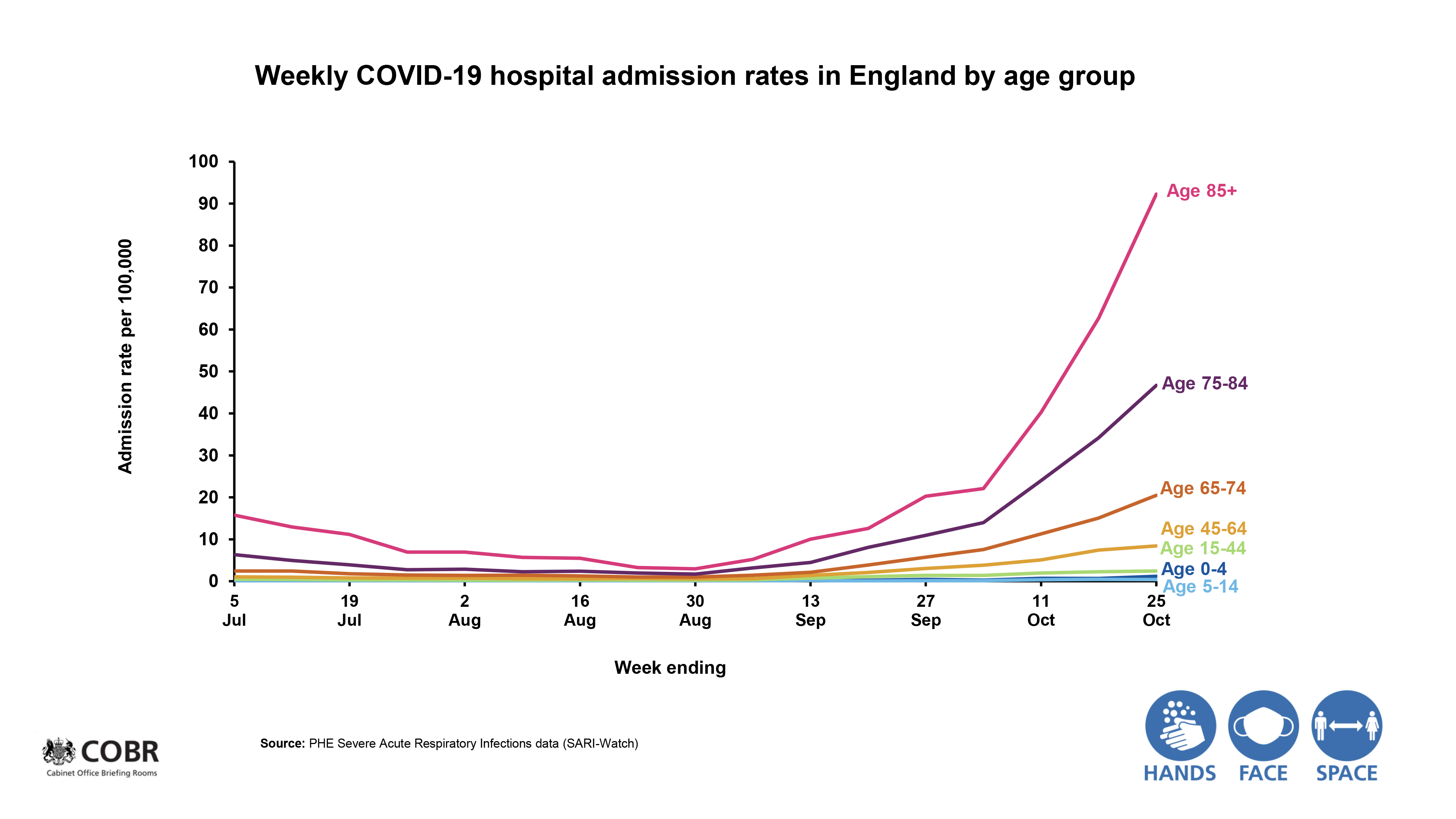 Giving a gloomy outlook going into winter, Mr Johnson said: "In this country alas as across much of Europe the virus is spreading even faster than the reasonable worst case scenario of our scientific advisers.

"Whose models as you’ve just seen now suggest that unless we act we could see deaths in this country running at several thousand a day.

"A peak of mortality alas far bigger than the one we saw in April."

People should only leave home to go to work or school, to exercise, to shop for food or to provide care to vulnerable people.

The PM admitted: "I'm afraid from Thursday, the basic message isn't the same.

"Stay at home, protect the NHS, save lives."

Chief Medical Officer Chris Whitty revealed cases have surged to 50,000 a day in the second wave, with half a million people currently infected.

What is clear that in terms of deaths over the winter, there is the potential for this to be twice as bad in comparison to the first wave.

In the North West, the number of Covid-19 patients in NHS beds in England is close to spring's previous peak, and is spiking everywhere else.

Under the tough new lockdown rules unveiled, all non-essential shops must close as England goes back into a national lockdown for a month.

Pubs and restaurants will shut but will be allowed to do takeaways and deliveries.

Schools, colleges and universities will all remain open and unlimited exercise will be allowed, but holidays abroad are to be banned.

Overnight stays will also be prohibited, with a nationwide ban on people mixing indoor, and all travel apart from work discouraged.

But the furlough scheme will be extended with 80 per cent of pay.

But the PM faces a huge Tory rebellion from his backbenchers – who are determined to fight another national shutdown.

It comes as Britain passed one million Covid cases after 21,915 more people positive for the bug.

Another 326 deaths have been recorded, meaning 46,555 have now died of coronavirus in the UK.