A RESCUE mission is underway today after more than 270 pilot whales mysteriously washed up on the coast of Tasmania.

Marine biologists said it was too late to save all of the giant pod as at least 25 had already died after becoming stuck on a sandbar. 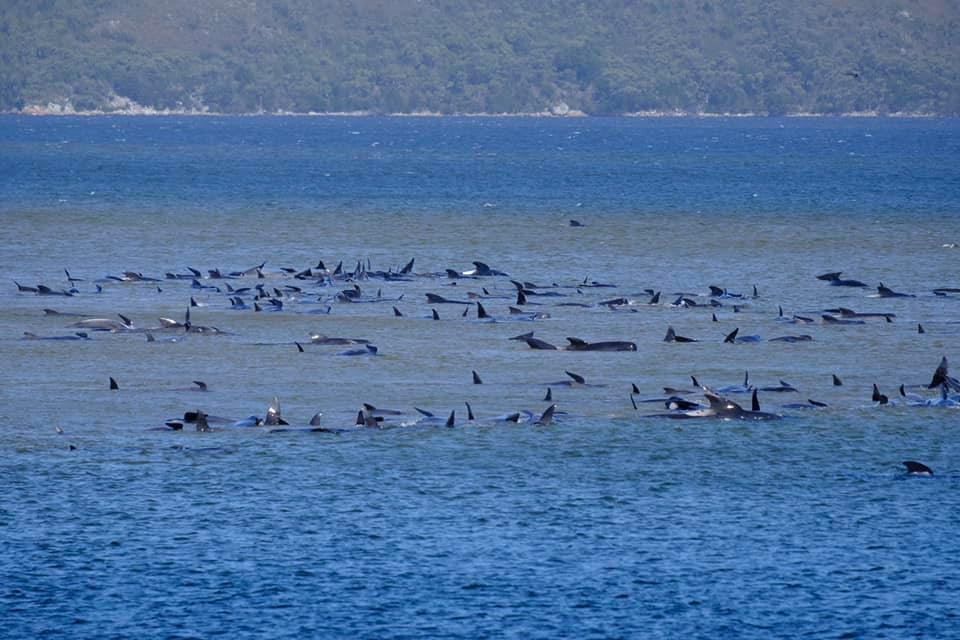 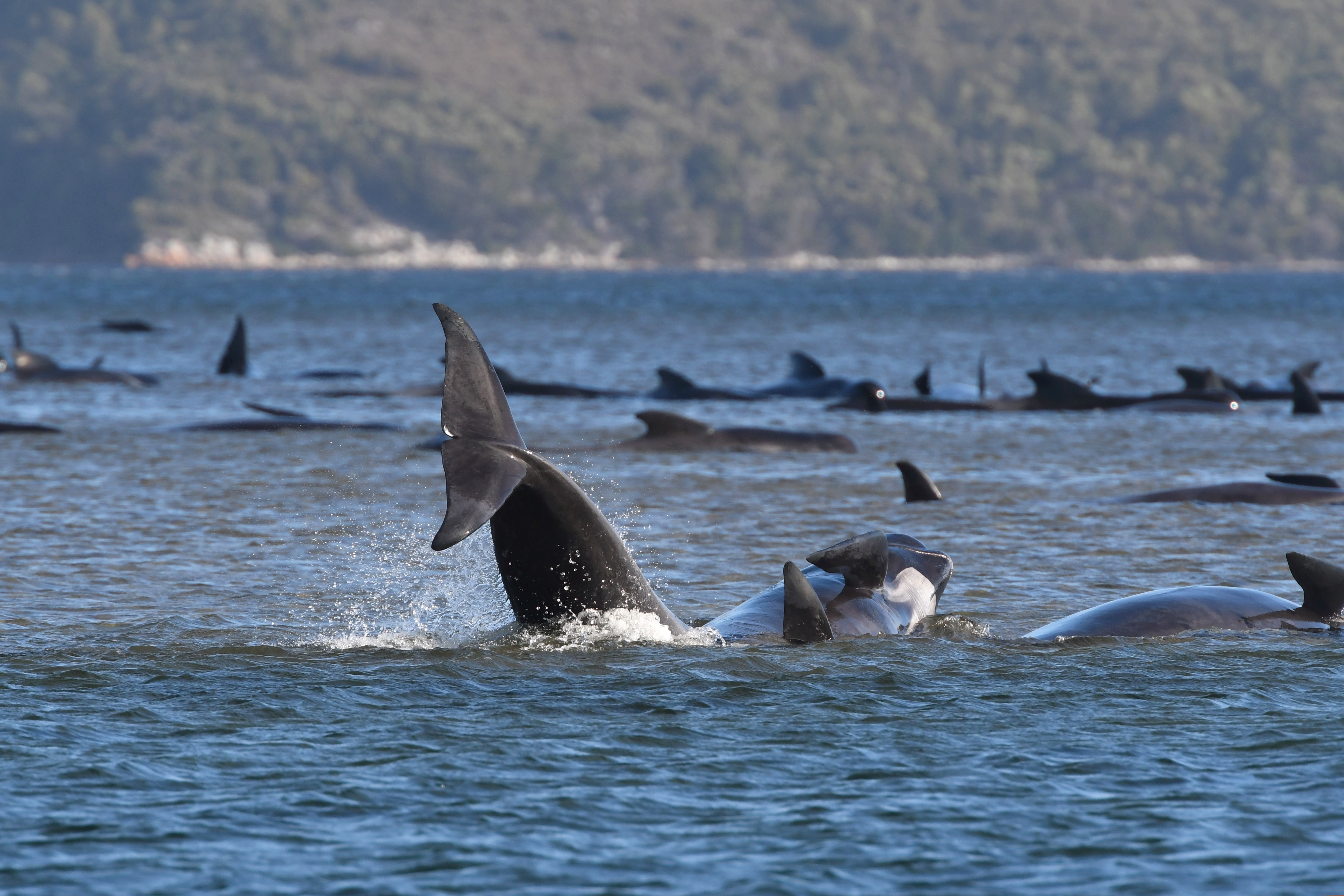 The marine giants are a species of oceanic dolphin which can grow up to 23ft in length and weigh in at three tonnes.

"While strandings of this scale aren't (unprecedented), we certainly haven't had one for at least 10 years," said Nic Deka, a regional manager for Tasmania Parks and Wildlife Service..

Despite the phenomena becoming a fairly common occurrence no one really knows why it happens.

One theory is that sloping beaches may not reflect the whales’ sonar back to them -making them think they are in deep water. 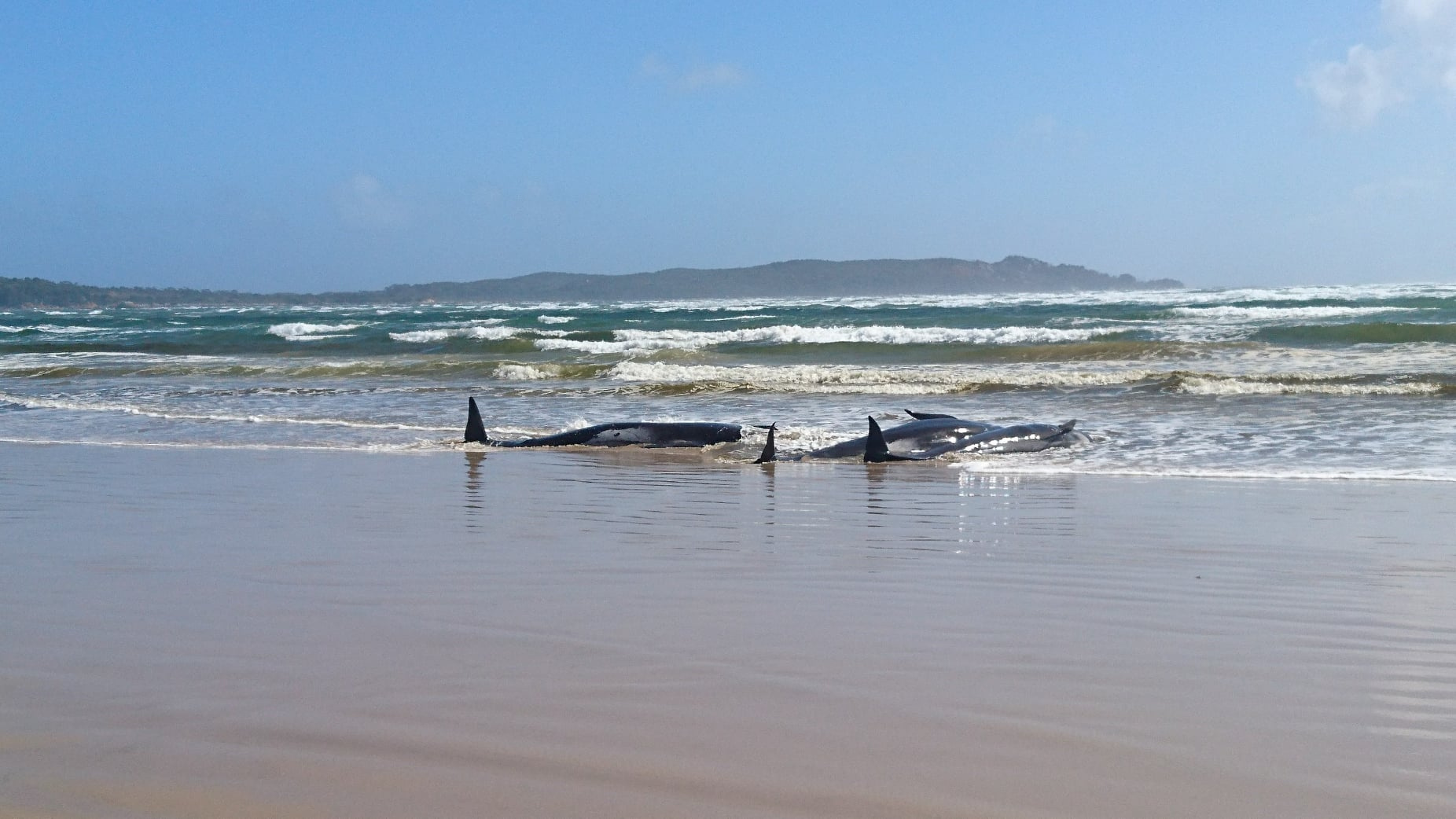 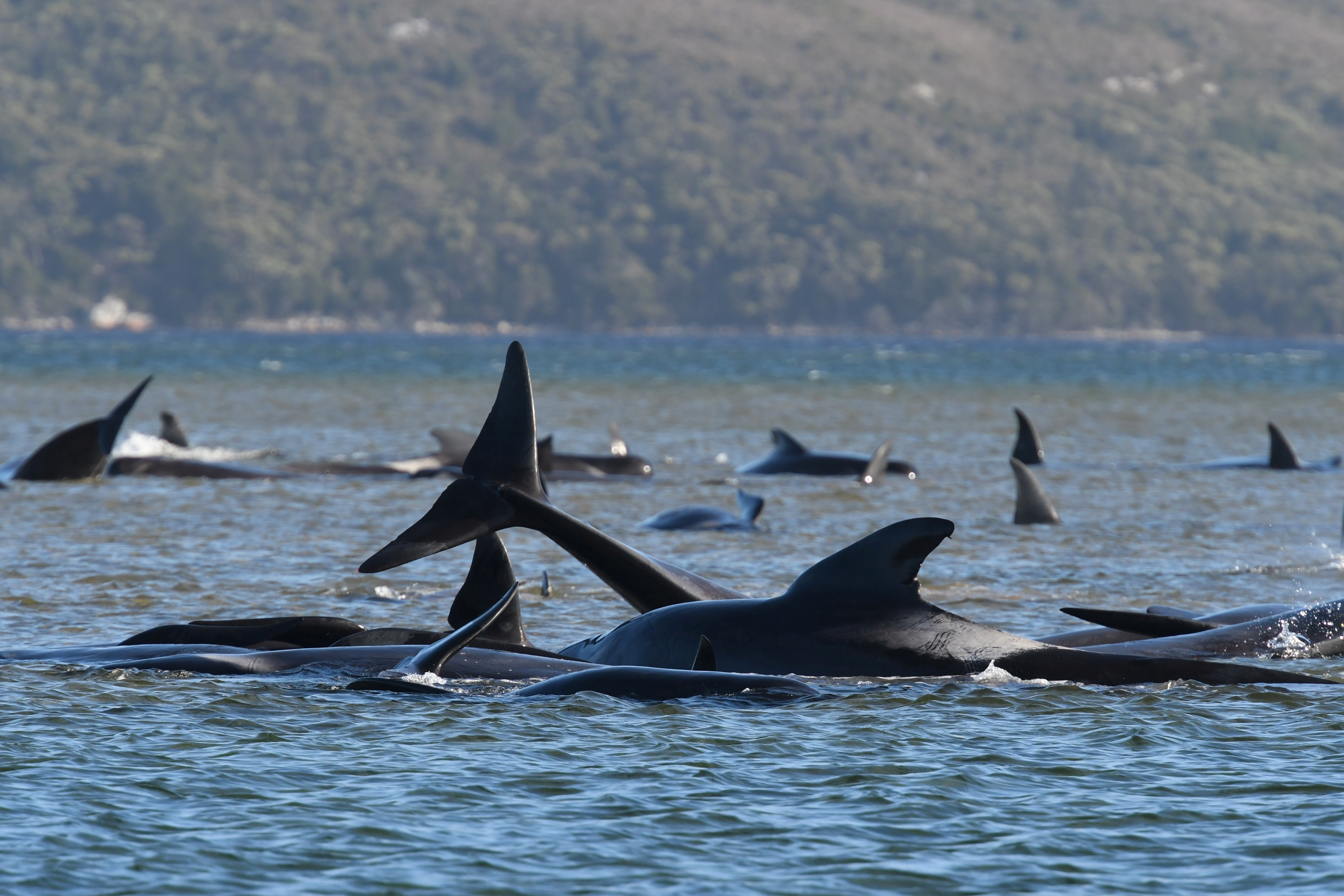 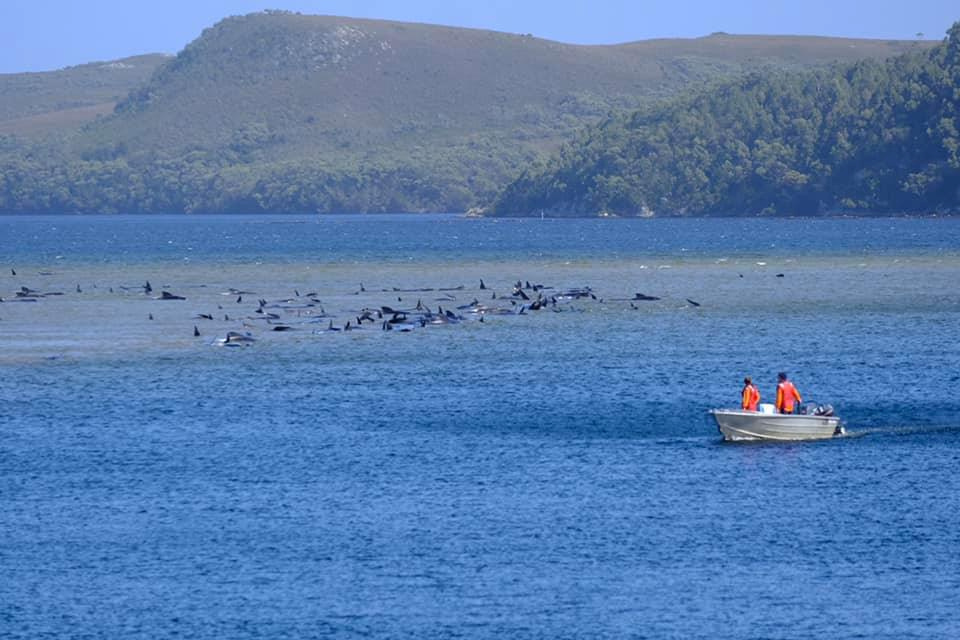 Another theory is that the whales sense of direction might have been scrambled by astronomical events.

Many whales use the Earth’s magnetic field to navigate, and their internal compasses could be vulnerable to anomalies caused by solar flares.

The whales stranded in Tasmania were in three groups in shallow water at Macquarie Heads, about 120 miles northwest of the state capital Hobart.

Rescuers with specialised equipment arrived at the site earlier thisafternoon to assess the full extent of the situation.

They were expected to regroup on the shore as it grew dark to discuss their rescue strategy. 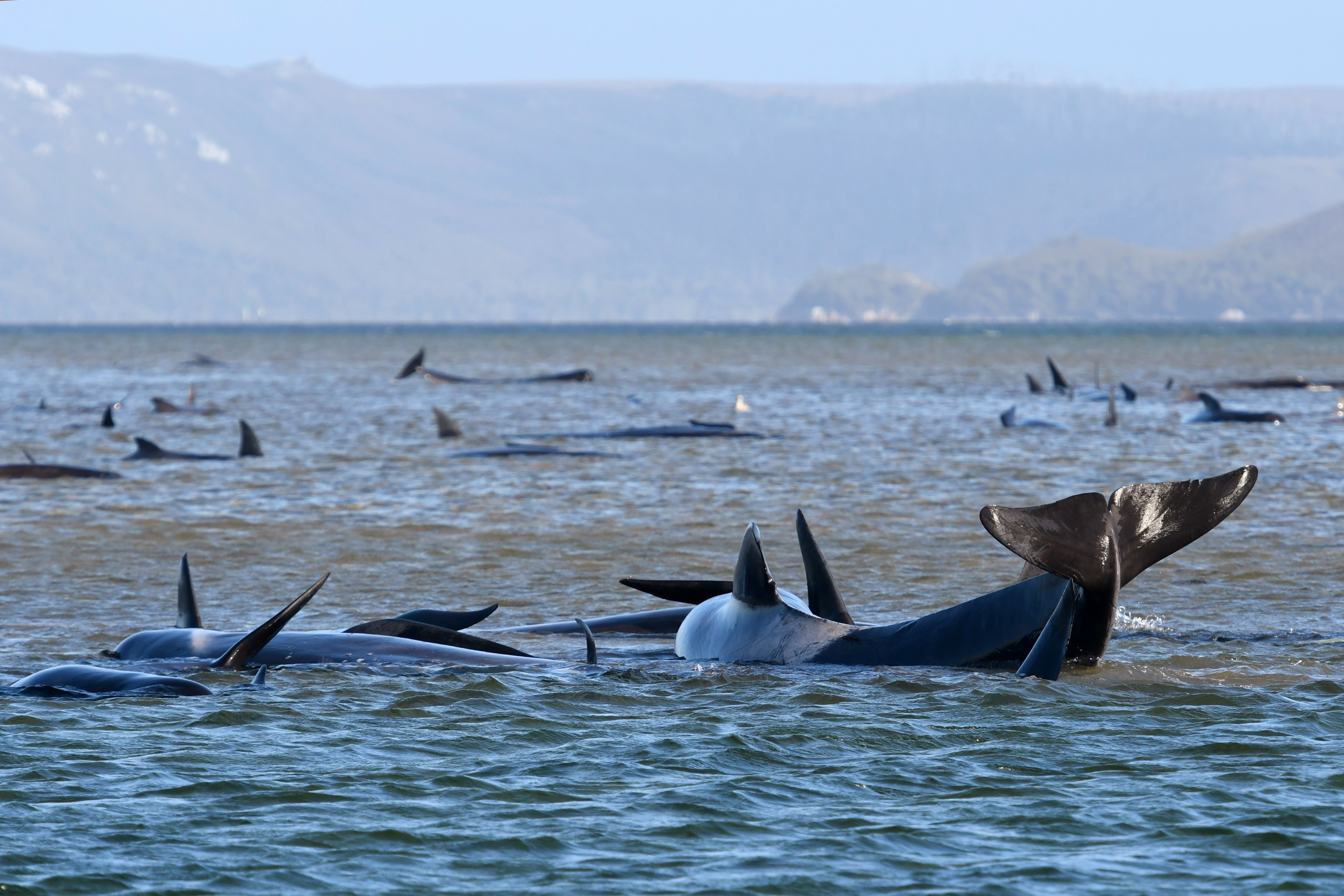 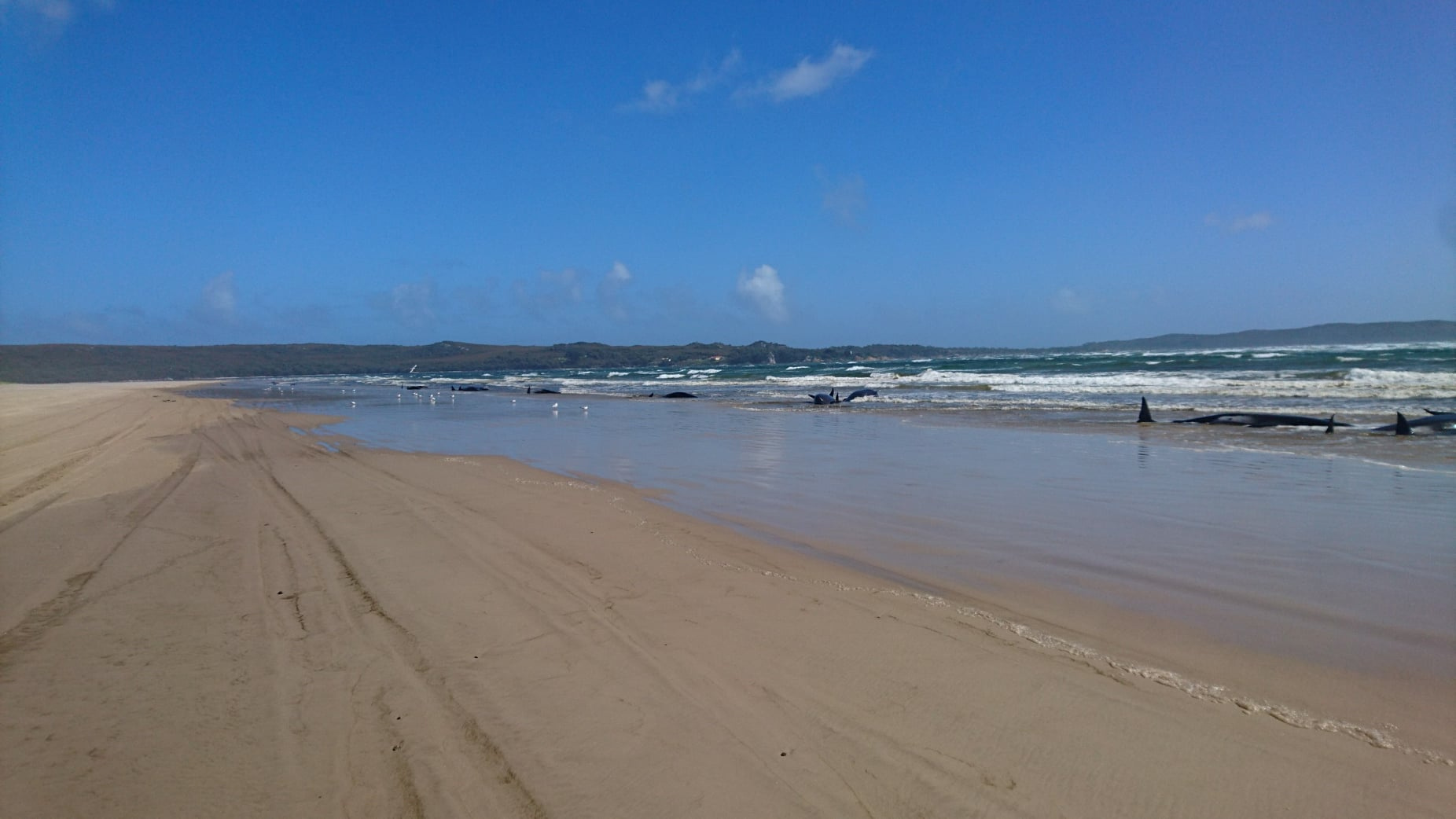 Government scientists had first thought the mass stranding involved about 70 whales but a closer inspection revealed the number was much larger.

Officials usually respond to reports of strandings of dolphins and whales in Tasmania once every two or three weeks.

The last mass stranding off the coast of the island was in 2009, when around 200 whales beached themselves.

In 2018, more than 100 pilot whales died after beaching themselves off the coast of New Zealand.

The animals travel in huge pods and are known to follow a leader, as well as gather around an injured or distressed whale, say experts.

"Their social groups and strong bonding between the groups causes often all of them to strand," Olaf Meynecke, a whale researcher and Project Manager of whales and climate at Griffith University, told Reuters.

The largest mass stranding in history happened a century ago when when 1,000 whales came ashore at the Chatham Islands, New Zealand.

Archaeologists in Chile even uncovered the remains of dozens of whales who became stranded nearly nine million years ago.