As Australia tries to strike a balance in relations between the US, our key strategic ally, and China, our biggest economic partner, Prime Minister Scott Morrison has argued that Australia can keep on side with both superpowers.

But a legal battle in Canada between China and the US provides a warning of how hard that balancing act can be. 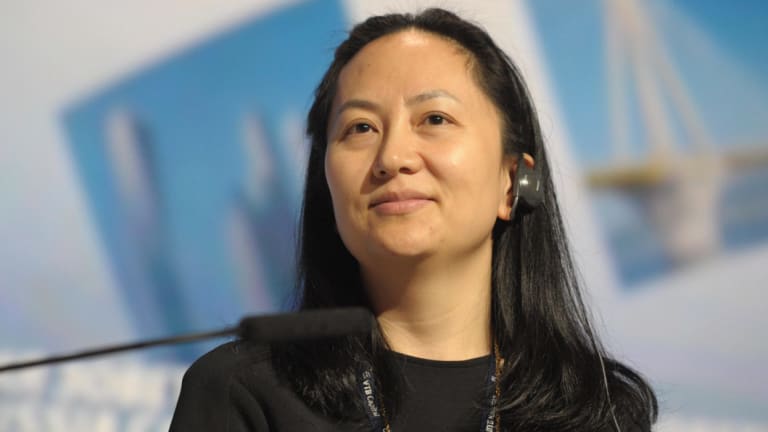 Canada could  be forced to choose between China and the US in the case of Meng Wanzhou, chief financial officer of communications group Huawei and a so-called "princess" because she is the daughter of the company's founder.

Australia, New Zealand and the US have long regarded Huawei with suspicion because, although independent, it is susceptible to pressure from the Chinese Communist Party. All three countries have imposed bans on the use of Huawei’s equipment because of concerns it could be used by Chinese security services to hack their communication networks.

Those bans were provocative enough but Canadian police have just arrested Ms Meng, a rising star on Huawei's board, after receiving an order to deport her to the US over charges which have more than a whiff of geopolitics.

The US Department of Justice has asked Canada to extradite Ms Meng not for a crime in the US but because it believes she concealed Huawei's links with a Hong Kong firm which broke US sanctions by selling technology to Iran. The US is arguing Ms Meng lied to HSBC bank some years ago when it queried the transactions.

China says the US is trying to impose its foreign policy and extra-territorial legal system on Canada. Neither Canada, nor indeed Australia, have placed trade sanctions on Iran.

The case could well take weeks or months to resolve. China has reacted angrily and there are concerns the dispute could undermine recent signs of a truce in the trade war between China and the US that has seen tariffs slapped on hundreds of millions of dollars of US and Chinese goods.

By seeking to deport Ms Meng from Canadian territory, the US has put Canada in the firing line. The risk is that China will engage in tit-for-tat. Beijing could for example find a reason to arrest Canadian executives who visit China.

The first lesson for Canada and Australia must be that we are on solid ground when decisions are dictated by the rule of law. Australia respected China's actions in arresting Rio Tinto executive Stern Hu for bribery and executives of James Packer's Crown Group over illegal promotion of gambling. China should similarly respect the integrity of our legal systems.

Canada must ensure that Ms Meng is not deported without due process and full scrutiny of the charges against her. The US must prove its case in court to a high standard and not simply rely on Cold War innuendo about Chinese spying or its close ties with Canada.

Canada and Australia can also navigate a middle course on Huawei if they hew to a clear national interest yet the two countries have taken a very different view of the risks.

Canada, which is involved in trade battles of its own with President Donald Trump, has imposed much less stringent restrictions on Huawei technology, perhaps as a sign of its distance from Washington.

Australia, however, has chosen to ban Huawei equipment in our 5G network. China, which has much tighter controls on foreign technology of its own, should be able to accept either policy providing it is explained clearly.