Celebrity surgeon Munjed Al Muderis has told patients the suspension on his medical practice has been removed and he can continue performing surgeries on amputees.

Medical insurer Avant informed Al Muderis of plans to suspend his medical insurance for osseointegration last week following a joint media investigation by The Age, the Sydney Morning Herald and 60 Minutes that revealed complaints from amputee patients that Al Muderis had minimised risks of surgery and failed to respond to complications. Former staff accused him of using high-pressure sales tactics. 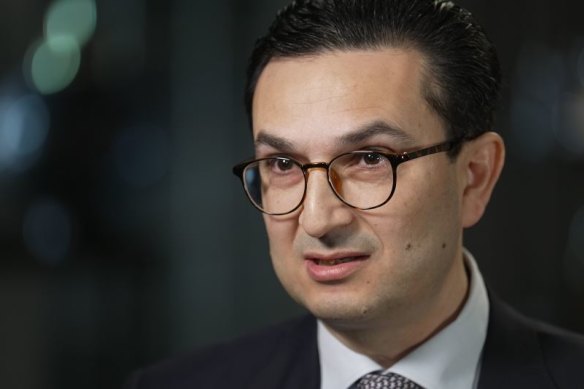 However, on Friday evening, Al Muderis sent a brief note to patients under the subject line “Professor Munjed Al Muderis’ ability to practice osseointegration restored” informing them this had changed.

“I am very happy to say that my ability to continue practising osseointegration surgery and consultation has been fully restored,” Al Muderis wrote.

“Thank you to you, my patients, for your support as we worked through this challenge. I am humbled by your notes of support, and the actions you’ve taken to keep me doing what I love – looking after my patients. It means more than I could ever say in this email.

“Thank you to my team for adapting so quickly to the unexpected intervention and unwavering support. I will continue to keep you updated as this unfolds.”

It is unclear whether Avant has reinstated Al Muderis’ insurance or whether he has obtained a new policy with another company. Avant was contacted for comment.

Al Muderis’ media team was contacted for comment, but referred the inquiry to his lawyers.

Avant informed Al Muderis his insurance for osseointegration surgeries and consultations would be suspended from October 3. Under the suspension, he was allowed to continue hip and knee procedures.

An online petition was launched last week by a former patient calling on Avant to reinstate Al Muderis’ insurance. The patient praised Al Muderis’ personal care and his work for amputees. The petition had more than 1500 signatures by Sunday. “Munjed has given me my life back,” it claimed.

Osseointegration is an emerging surgery which involves inserting a titanium rod into the residual bone of an amputated limb. The rod protrudes through the skin and connects to a prosthetic limb. When successful, it can restore an amputee’s ability to walk and removes the blisters and pain from traditional socket prosthetics. However, the procedure creates a permanent open wound which can cause ongoing infections and pain.

The procedure relies on maintaining a lifetime relationship between surgeon and patient, to update the prosthetics and manage complications before they worsen. While Al Muderis has a fierce supporter group among many of his patients, there is another cohort who feel they have been abandoned when things go wrong.