Mother jailed for leaving her baby to die while she went shopping ‘wished he had died instead of the family dog’, according to claim in serious case review – as father slams social services for ‘ignoring’ allegations of abuse

A mother who left her baby home alone to die was accused of previously ‘wishing he had died instead of the family dog’, a Serious Case Review has revealed – as his father slammed social services for ‘ignoring’ his claims she abused him.

Stacey Davis, 35, was jailed for child cruelty after her one-year-old son Ethan died with a fractured skull in his cot while she went shopping and visited a park near her home in Melksham, Wiltshire, in June 2018.

Ethan’s father Luke Turvey, 37, and family have now said the baby was ‘failed’ by the multiple agencies that were involved in his care.

Mr Turvey said that social workers ‘assumed’ he was the abuser in his and Davis’ on-off relationship ‘because I’m the man’ even after she ‘punched [Mr Turvey] and broke his nose’, putting him in hospital, a report claimed. 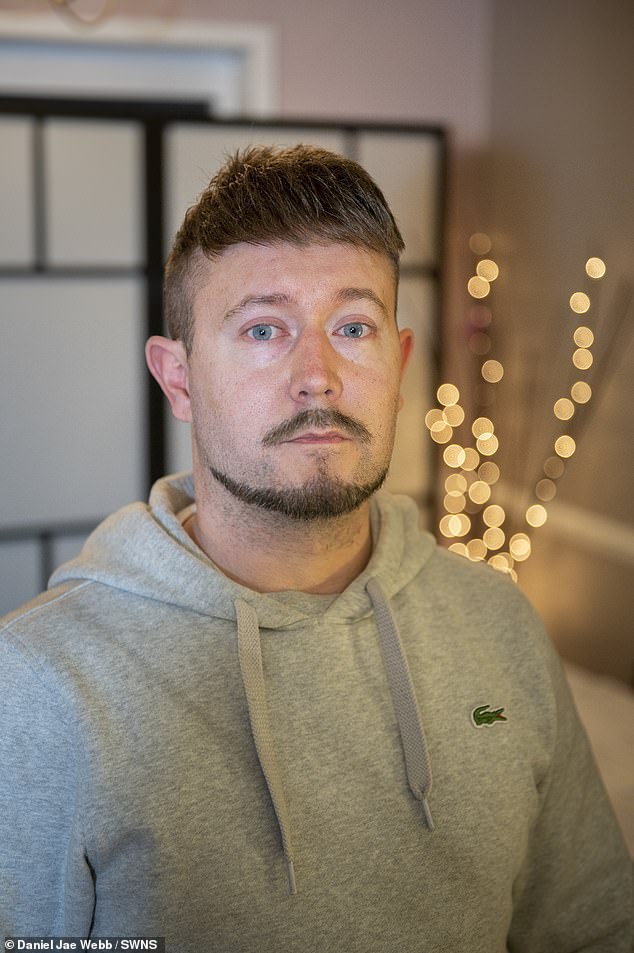 Luke Turvey (pictured), 37, has said his baby Ethan – whose mother left him home alone to die – was let down by the multiple agencies that were involved in his care 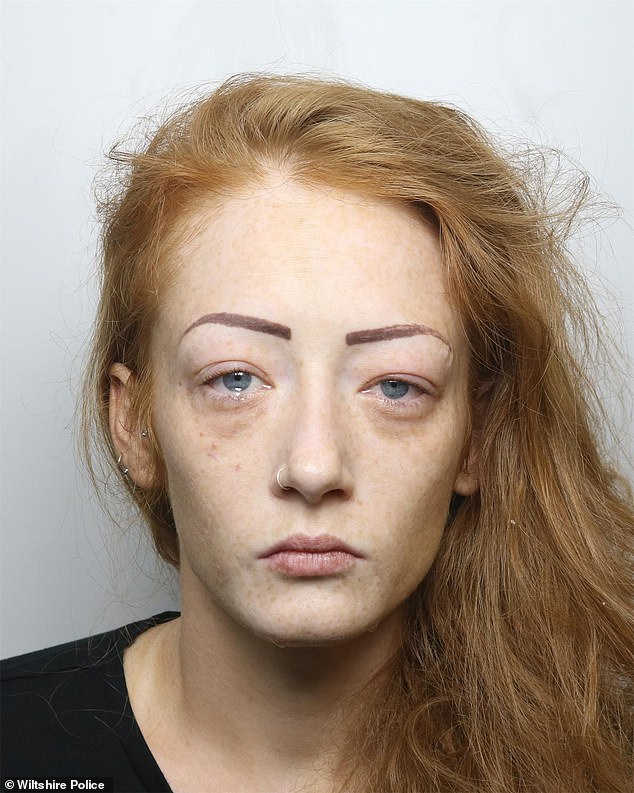 Stacey Davis (pictured), 35, was jailed for child cruelty after her one-year-old son Ethan died with a fractured skull 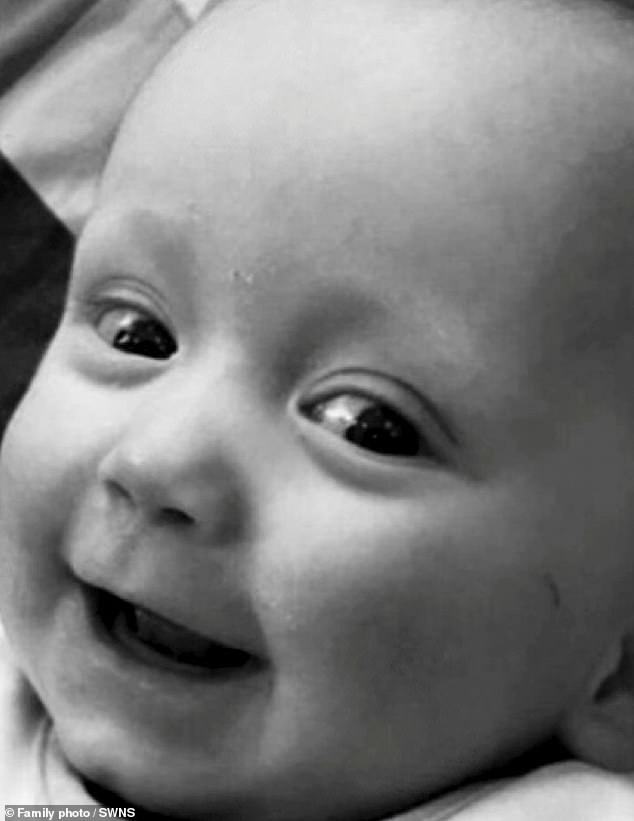 Ethan (pictured) was rushed to hospital on June 27, 2018 and pronounced dead shortly afterwards

A Serious Case Review (SCR) published in 2019 by the Wiltshire Safeguarding Children Board also reveals authorities failed to take the father’s concerns into account or seriously enough.

The SCR detailed how Davis’ family members alleged that she ‘had not bonded with Child K, had expressed the view that she ‘hates’ Child K’.

It also says they reported how it was alleged she had previously ‘wished he had died instead of the family dog’ – an allegation which the report says she denied.

Mr Turvey had an on-off relationship with Davis, but claims he regularly returned because she would threaten to withhold his child from him.

The review said due to the nature of their relationship he would have been unaware of the problems Ethan was experiencing with his mother.

The report found father Mr Turvey was often disregarded by officials – even after he sustained a broken nose, which social services did not speak to him about after Davis refused to engage with social workers.

The SCR said there was little information, from all the agencies involved with the family, about Mr Turvey, his relationship with Ethan and his role in Ethan’s care.

Stacey Davis, 35, left her one-year-old son alone in his cot for two hours while she ran errands and visited a park near her home in Melksham, Wiltshire 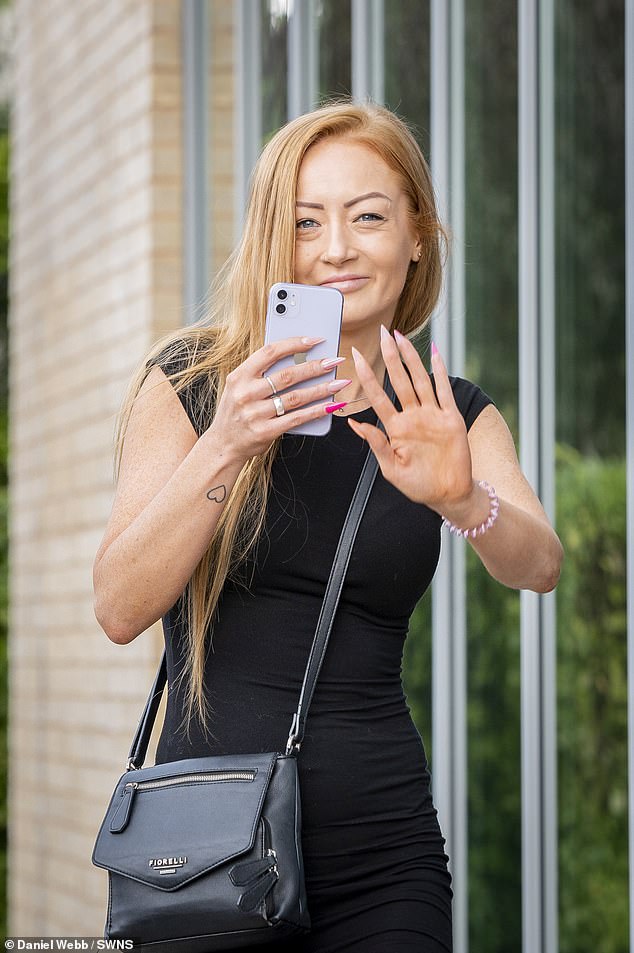 Mr Turvey said: ‘I think they failed Ethan and our family because of how we were treated and how it was assumed it was me because I’m the man.

‘It was like they assumed it was me from the off because I’m the male and it’s usually man.

‘Social services should have investigated all allegations that were made against her, rather than ignoring them.

‘They should have spoken to me more, but they did everything through her.

‘At the start, I wasn’t even involved – even with the health visitor, they almost dismiss you.

‘They were coming at me about missed doctor’s appointments but obviously everything was in her name and it was all letter form.

‘I wasn’t living there, how would I know? If she doesn’t tell me there’s an appointment, I wouldn’t know.

‘Everyone who dealt with this has said sorry – the police for example – but still no apology from social services, because they know they really messed up.’

The review found that ‘generally, there was a lack of consideration of the father as all the focus was on the mother’

It states: ‘Mr KF was not spoken to about the domestic assault and throughout this case there is little information, from all the agencies involved with the family, about Mr KF, his relationship with Child K and his role in Child K’s care.

‘During the practitioner event, participants suggested that there are some barriers which make engaging with men harder, for example visits routinely made between 9 and 5 when fathers might be at work and computer recording systems which don’t include space for information about fathers.

‘Although there may be some practical challenges, in this case there appeared to be a general lack of curiosity about Mr KF, the parent’s relationship and especially what this meant for Child K, for example reports refer to ‘the parents’ care’ even when they were no longer together.’ 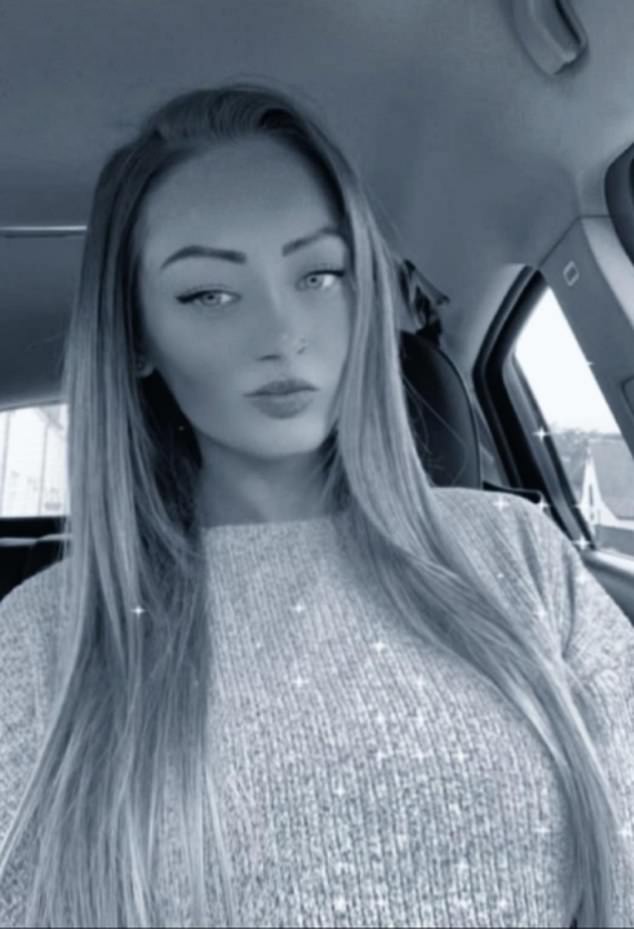 The SCR detailed how Davis’ (pictured) family members alleged that she ‘had not bonded with Child K, had expressed the view that she ‘hates’ Child K’ 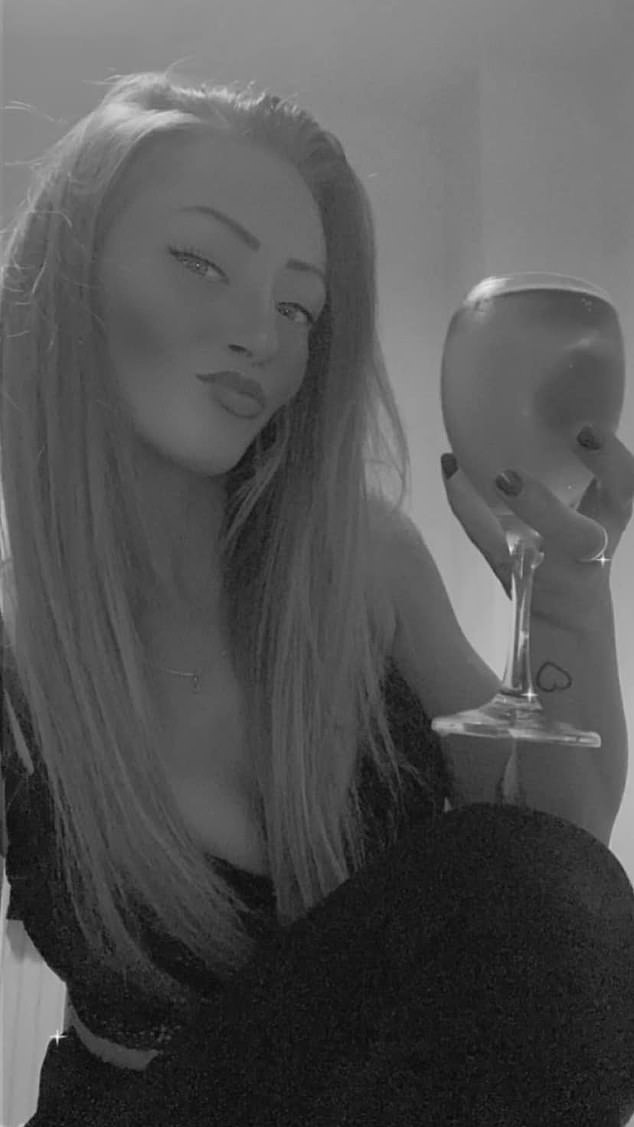 Mr Turvey had an on-off relationship with Davis (pictured), but claims he regularly returned because she would threaten to withhold his child from him

Ethan’s auntie, Lexi Connors, 39, said Mr Turvey wasn’t provided with any support for the alleged domestic violence he was facing.

‘I rang social services after she allegedly broke his nose, saying I was really concerned that she was home alone with the children.

‘I was really concerned because she was still going to be in a rage, and I was worried she might do something.

‘I feel like with everything we’ve seen since this happened, I feel like there’s still a lot of gender discrimination in social services.

‘I’ve spoken to so many people who are having similar issues. Social services don’t ever seem to listen to the fathers.

‘You’re always going to get bad fathers, but it’s almost like they are not looking at facts.

‘They assumed it was Luke. We were treated so badly, even after the truth was out there.’

Davis, of Melksham, Wiltshire, was jailed for two years after admitting to leaving Ethan at home.

The family wanted a five-year jail term handed down – because that’s how old his son would have been today, but overall welcomed the result.

Lexi added: ‘Ethan was in his cot and nobody was coming for him – nobody deserves to die alone.

‘You should always have somebody there – your mum, your dad, someone.

‘I know the judge was thorough and fair given the guidelines he had to follow.

‘The defence were pushing for a suspended sentence, I’m just glad she’s in custody. She won’t have an easy time in there.

‘What’s hardest for us is that she has refused to tell us where Ethan’s ashes are.’

The review outlined investigations into the mother over injuries suffered by Ethan but then returned to her.

Family including his grandmother Lorraine Turvey say social services did not heed their warnings and Ethan’s death could have been prevented.

Ethan was rushed to hospital on June 27, 2018 and pronounced dead shortly afterwards.

A post-mortem examination revealed that Ethan had a 15cm skull fracture and had high levels of cannabis in his hair.

Responding to the family’s allegations, Cllr Laura Mayes, cabinet member for children’s services said: ‘This remains a tragic situation and our thoughts are with the family.

‘The Serious Case Review was published in 2019 following the death of a one-year-old in 2018.

‘This review provided important system reflections about how we understand and manage risks to children of a young age.

‘As with all practice learning reviews, we have taken forward recommendations and implemented them into current practices.’