MP and former Tory rising star Adam Afriyie is declared bankrupt over £1.7million business debts but vows to STAY in the Commons until the next election

A former rising star of the Conservative Party was declared bankrupt today with debt of £1.7million – put plans to continue as an MP.

Adam Afriyie, who represents Windsor, owes about £1 million to HM Revenue & Customs (HMRC) and about £700,000 to Barclays, a court heard.

The 57-year-old has already announced he will quit Parliament at the next general election.

But despite today’s hearing he said he has no plans to bring his departure forward and quit now, a move which would spark a by-election in a seat where the Tories have a 20,000-seat majority.

The twice-married father of five blamed his insolvency on business failures and said efforts to pay off the debts by downsizing his home had failed due to the ‘tough market’.

In a statement after the hearing he said: ‘It is a stressful time and it’ll be tough for a while, but I’m far from the only person in a difficult position, and I will continue to do my best to support my constituents until the next general election, when I’ll be standing down. 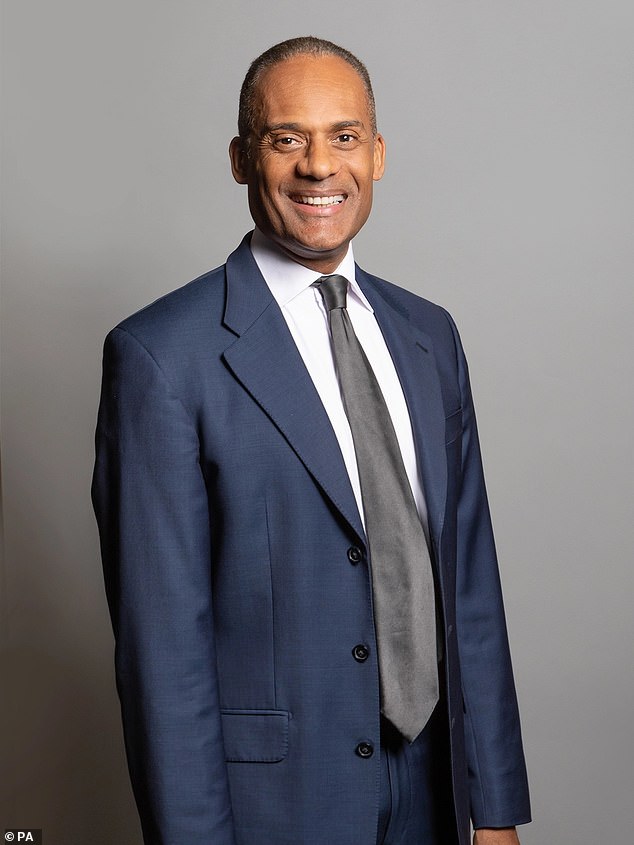 Adam Afriyie, who represents Windsor, owes about £1 million to HM Revenue & Customs (HMRC) and about £700,000 to Barclays, a court heard. 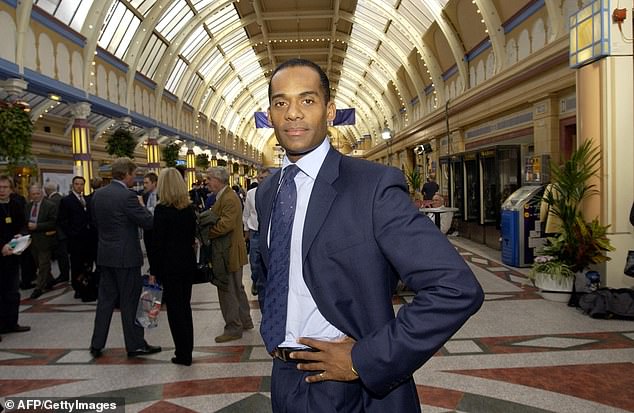 The 57-year-old has already announced he will quit Parliament at the next general election.

‘This has been ongoing for many years following business failures some time ago.

‘I am ultimately responsible for some of the bank borrowing through personal guarantee.

‘I’ve been trying to sell our home and downsize for some time, but it’s a tough market.’

Judge Nicholas Briggs made a bankruptcy order at an online hearing in the Insolvency and Companies Court on Tuesday.

Mr Afriyie, who did not attend Tuesday’s hearing, had written asking for more time to sell.

He wanted proceedings adjourned until March and said he could pay off his debts in full if the property was sold.

Representatives of HMRC and Barclays had given the judge detail of how much was owed and opposed an adjournment.

In May, another judge approved a plan for Mr Afriyie to sell a property. News of the bankruptcy proceedings emerged in late 2019.

Judge Briggs concluded: ‘There have been six hearings already of this matter so time really has run out.

‘I shall make a bankruptcy order. It seems to me there is no evidence of there being any reasonable prospects of paying debts in full.’

Barrister Fiona Whiteside, who represented Barclays, said the bank had ‘lost patience’, and added: ‘We have seen no credible evidence that the property will be sold any time soon.’

Mr Afriyie was elected in 2005. His mother is English and his father Ghanaian, and  he was born and raised on a council estate in south London. He ran his own marketing business before entering parliament.

He was a shadow minister for science and innovation between 2007 and 2010 under David Cameron.

A 2003 briefing paper from the House of Commons Library says MPs who become bankrupt are, under certain circumstances, unable to sit and vote in Parliament.

The paper says ‘bankrupts may not be elected to Parliament’.