Mother, 41, ordered to wear ‘sobriety tag’ after she drove young children home from a boozy lunch in an uninsured Audi 4×4 while three times over the alcohol limit

A mother was ordered to wear an electronic ‘sobriety tag’ after she drove her uninsured Audi 4×4 whilst three times the alcohol limit as she took two young children home from lunch.

Rhian Hughes, 41, failed a breath and blood test after she consumed two glasses of cider during the day just hours after she enjoyed a Prosecco binge with her friends the night before.

Police said the mother-of-two became argumentative with officers when she was pulled over for ‘tailgating’ an off-duty special constable.

Her nine-year-old child and a five-year-old family friend were in her Q3 TDI SE vehicle at the time. 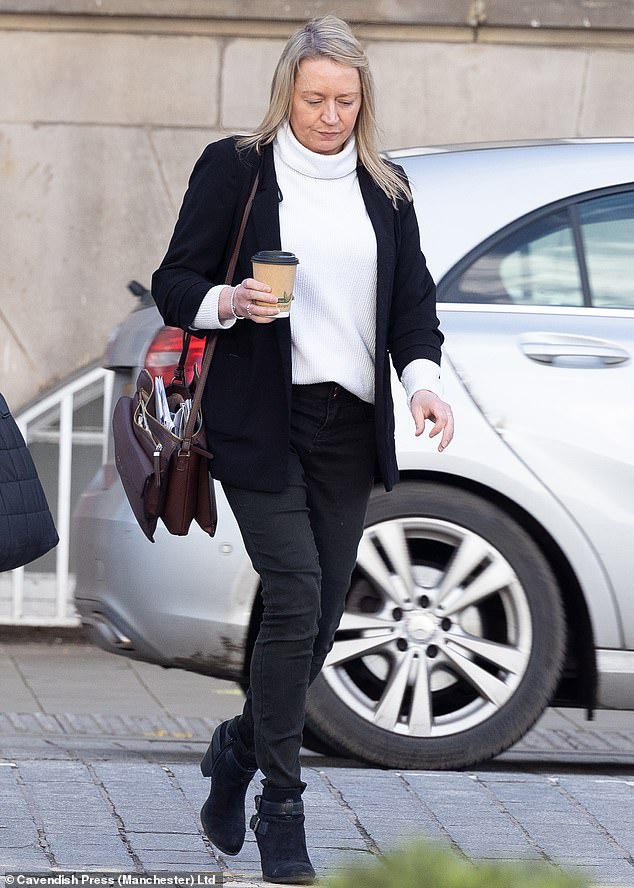 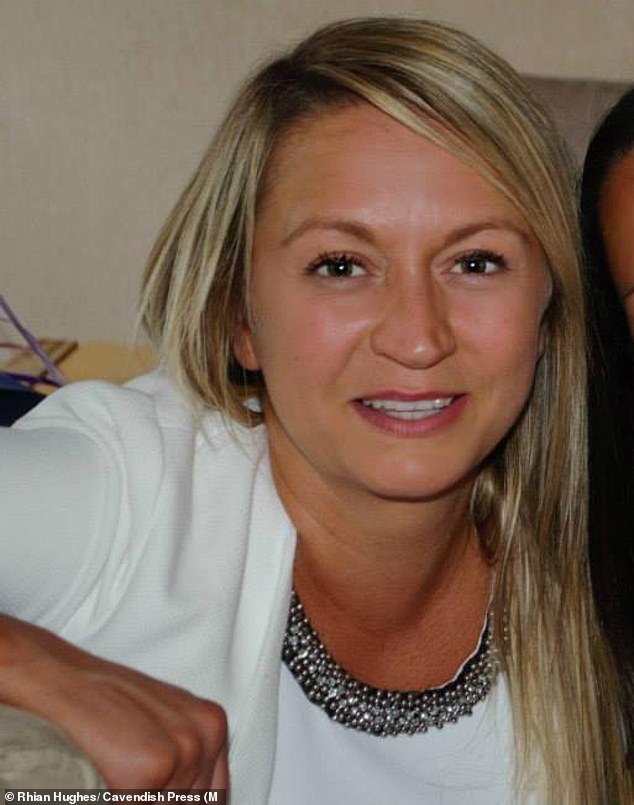 The legal limit in blood is 80mg. Further inquiries revealed insurance on the vehicle had lapsed in the run up to the incident.

At Crewe magistrates court, Hughes, from Winsford was ordered to abstain from alcohol for 120 days.

A tag will take alcohol readings from her sweat every 30 minutes, with the results relayed to the authorities via a computer base unit placed in her home.

At 3pm on 09, July, 2022 after Hughes, was caught driving erratically along the A50 in Holmes Chapel.

Miss Stephanie Fanello, prosecuting, said: ‘At 2.44pm police were called by a Mr King who was an off duty special constable. He said that the defendant had been tailgating him and swerving all over the road.

‘Mr King stopped his car and confronted the driver in her white Audi vehicle. He said the defendant was heavily intoxicated and had two children in the car. He said she was slurring her words and unsteady on her feet.

‘Officers arrived and confirmed that the defendant was unsteady on her feet, her eyes were glazed and she was slurring her words.

‘While at the roadside, she became volatile and argumentative with the officers. She was clearly drunk, acting disorderly, swearing and stumbling around and wasn’t fit for driving a motor vehicle. 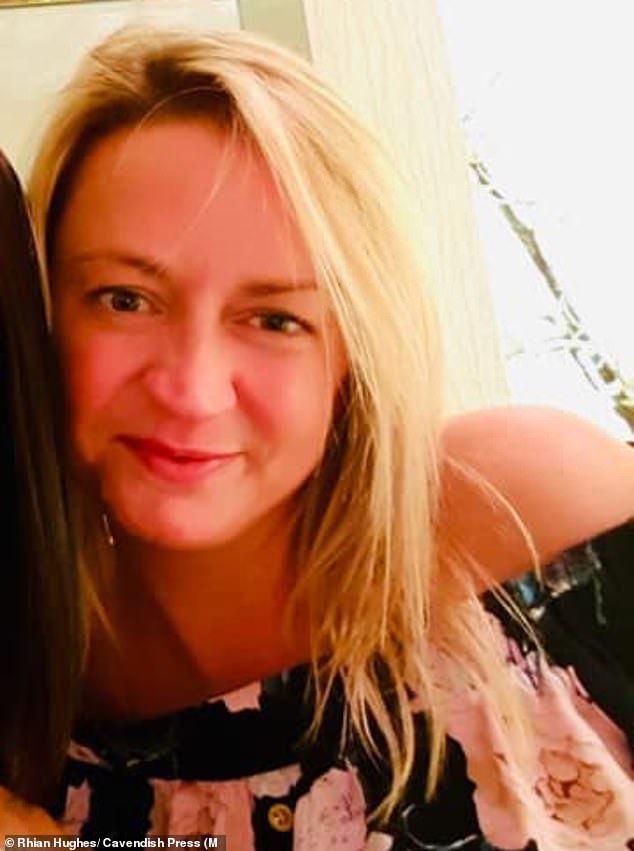 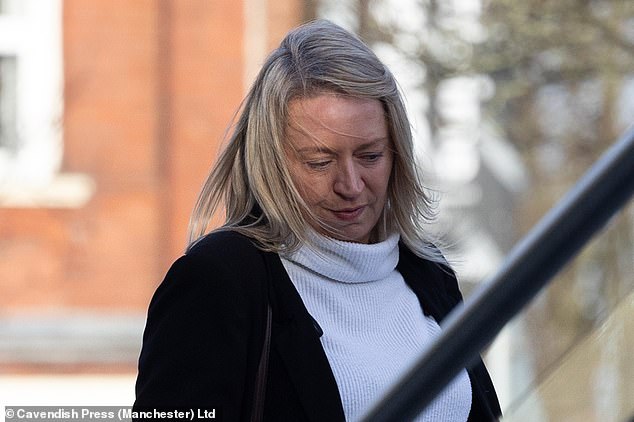 At 3pm on 09, July, 2022 after Hughes, was caught driving erratically along the A50 in Holmes Chapel

‘A PC Condliffe was attempting to make sure that she stayed near the police vehicle and she became confrontational as she began to walk away, throwing her arms up in the air. It also came to light from the onboard police national computer that she was uninsured.

‘She provided a specimen of breath at the roadside, the reading was 112 micrograms. She was taken into custody to provide further breath tests. There was no real attempt to provide a breath specimen. She sealed her mouth around the testing apparatus but did not actually blow.

‘As such, a further blood testing procedure was undertaken and the result was 224 micrograms. This offence was aggravated by the children in the car at the time.’

Hughes had a previous conviction from 2014 for being in charge of a vehicle with excess alcohol for which she received a fine.

A probation report said: ‘There are no dependency issues with alcohol. It is more binge drinking than daily drinking. She drinks on one or two nights during the course of the week.

‘She had been with friends on Friday when they drank a number of bottles of Prosecco between them. She went to an event on Saturday and unfortunately had topped up with a couple of glasses of cider. 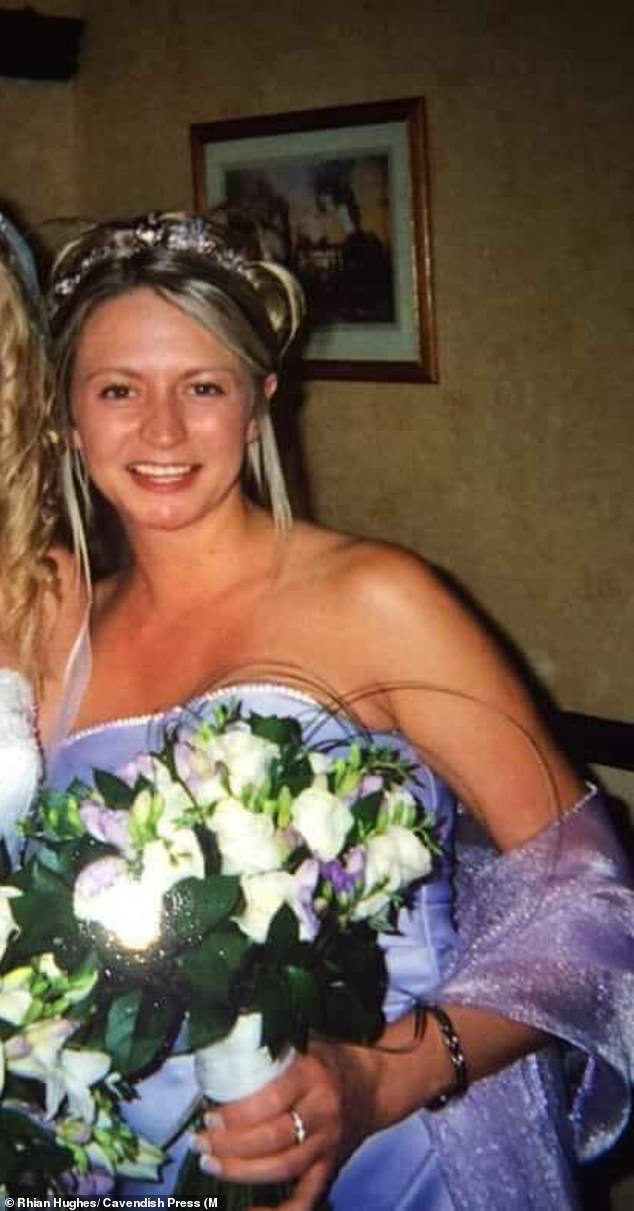 At Crewe magistrates court, Hughes, from Winsford was ordered to not drink alcohol for 120 days 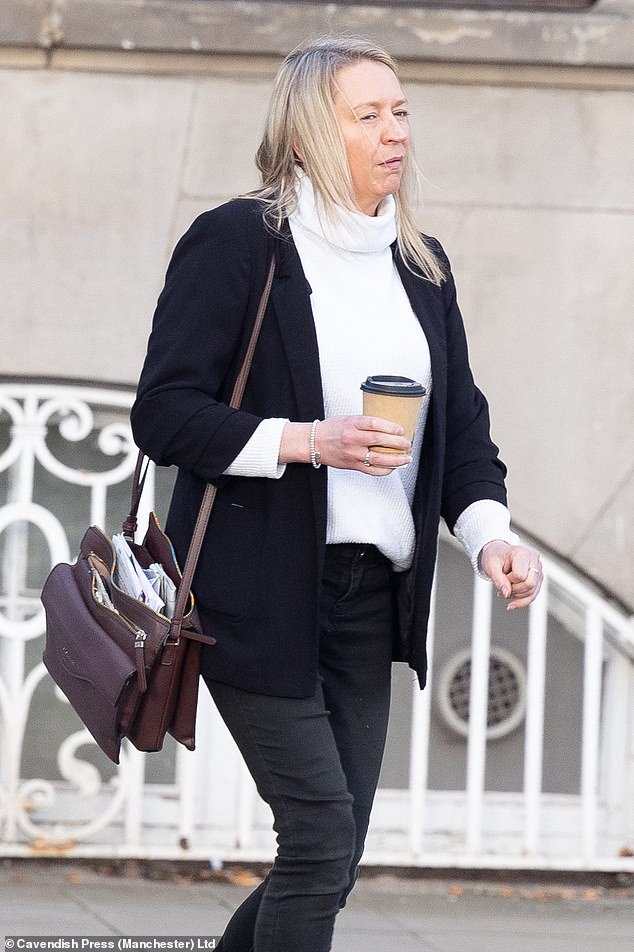 ‘That is why the reading is as high as it had been and why she did not consider herself too drunk to drive. You don’t feel drunk the day after given that your mind adjusts to it. By all accounts she did not realise that she was over the limit.

‘She was upset in the interview. She did have two children in the car and did not realise that she was still intoxicated. She would not have driven had she known.’

The report added: ‘The alcohol monitoring equipment would be very useful in this case. It will teach the defendant that she can go without alcohol. At some point she is going to get her licence back and she will need to control her drinking. The device will also be a punishment as it will affect her social life. But in the future it will be of benefit to her.’

Solicitor Jo Corbett, representing Hughes, said she had not realised how much alcohol would still have been in her system from the day before and how the reading would have totted up when she drank again.

‘She is very remorseful for her actions,’ Miss Corbett said, ‘Miss Hughes had been drinking the night before and was not really aware that she would have had a reading like that.

‘She says she did not give it a great deal of thought. Had she known how high the reading was she would not certainly not have driven, especially when there were children in the car. She is very remorseful for her actions’

Affter the confrontation with the police at the road side, Miss Corbett said Hughes was trying to get the children away from the car and into the shade due to it being a hot day.

Hughes was also sentenced to a 12-month community order with 200 hours of unpaid work. She was also banned from driving for 28 months and made to pay £234 in costs and a victim surcharge.

Chairwoman Dr Gwyneth Edwards told her: ‘We are looking at this case as being very serious. It was a very high reading, the manner of driving was very bad, you were swerving on the road and tailgating. A member of the public was so concerned that he had to stop you himself.

‘Police and this member of the public both said you were slurring your words and unsteady on your feet. Your behavior was so bad when police arrived you had to be restrained. Two children were in your car and you have a previous conviction for excess alcohol while in charge of a vehicle. You did not cooperate with the breath test at the custody suite and you were driving without insurance.

‘You are to cooperate with the alcohol abstinence monitoring requirement for 120 days. The equipment takes account of any alcohol you take. You will be brought back into court if it happens.’

What is the law on drink driving in Britain and how does it compare to other countries?

England and Wales has among the most lenient drink driving laws in Europe.

This does not translate into a fixed number of drinks as people of different ages, weights and alcohol tolerance process drink at different rates.

However, as a rule of thumb most drivers drinking would limit themselves to around one pint or one glass of wine.

But ministers have faced calls to change the law so that drivers are not allowed to consume any alcohol before they get behind the wheel – or at least far less.

In most other European countries, the limit is less, usually 50 milligrammes per 100 millilitres of blood3.

The alcohol limit for drivers in Scotland is lower than in the rest of the UK after they lowered it to 50 milligrammes of alcohol in every 100 millilitres of blood in December 2014.