Bad for his elf! Boy, five, is left in floods of tears after his mother’s prank that the Elf on the Shelf has been KILLED and EATEN leaving behind a ‘skeleton’ made of chicken bones and ketchup backfired

A mother’s Elf On The Shelf prank left her five-year-old son ‘traumatised’ after she made it look as though the Grinch had eaten the youngster’s Christmas toy.

Tanya Lee, 30, admitted she appeared ‘a bad parent’ after laying out chicken bones as an ‘elf-shaped skeleton’ next to a stuffed Grinch toy.

The Christmas villain was posed holding cutlery while another elf covered its eyes in horror.

Single mother Ms Lee – who is a carer – said her son Oscar ‘cried and cried’ when he saw the bones and was left ‘traumatised’ – but she ‘found it hilarious’. 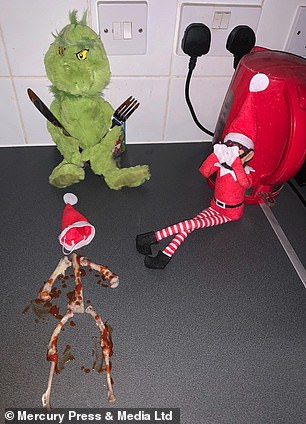 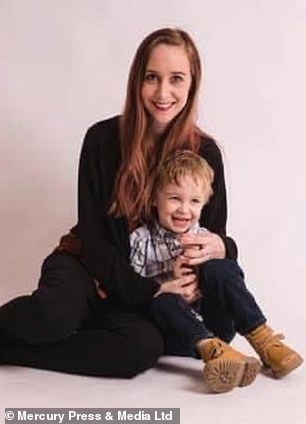 Tanya Lee, 30, admitted she appeared ‘a bad parent’ after laying out chicken bones as an ‘elf-shaped skeleton’ (left) next to a stuffed Grinch toy. Her five-year-old son Oscar (pictured with his mother, right) was left in floods of tears

Ms Lee said: ‘We had had roast chicken on Sunday and the bones left a perfect elf-shaped skeleton so I thought I’d play this joke on Oscar.

‘I went for it, and left the skeleton out as if the Grinch ate Elf On The Shelf.

‘But my little boy cried and cried. He cried for half an hour.

‘His first words afterwards were “the Grinch shouldn’t have eaten her. The Grinch is not allowed to eat her.”

‘I had to open the cupboard and show him that the elf was actually hiding and that it was just a silly little joke. 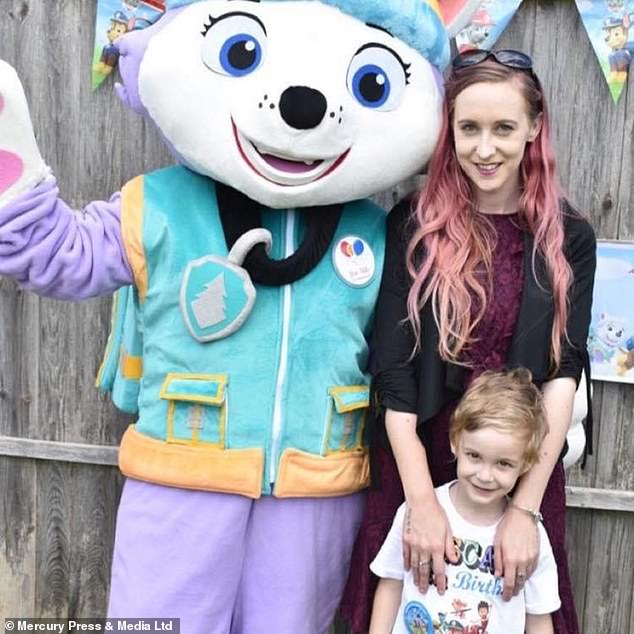 ‘He was traumatised but I found it hilarious.

‘He was relieved when he found out but he still will not look at the Grinch toy at all.

‘Every time I put the elf near the Grinch now, he moves it away.

‘He knows he is not allowed to touch the elf but he moves the Grinch as he thinks the Grinch is going to eat the elf again.’

Although mother-of-one Ms Lee ‘laughed so much’ at the gag, she has faced backlash online after sharing the snap.

Facebook users, many of them strangers, condemned Ms Lee’s parenting.

One posted: ‘That’s a bit cruel. You shouldn’t do that.’

Another shared: ‘I’m not surprised he was traumatised. It’s not a nice joke to play for a child.’

But Ms Lee, who has used Elf On The Shelf every year since 2017, said: ‘It was funny. I laughed so much at it. 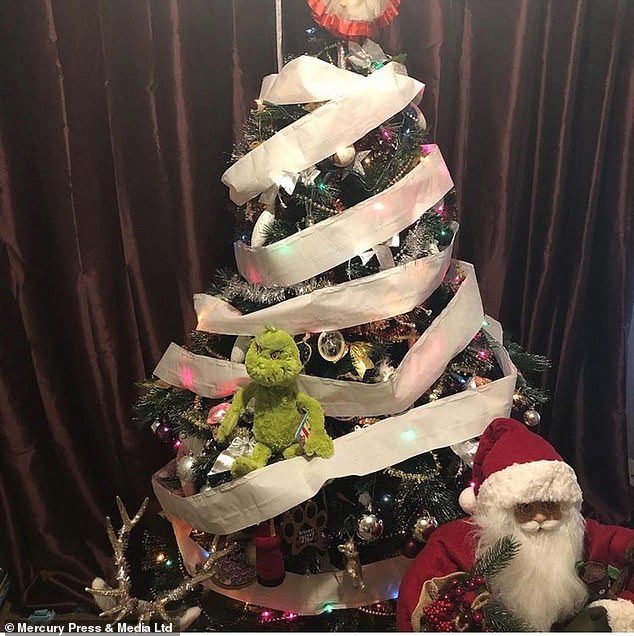 Ms Lee has used Elf On The Shelf every year since 2017. Pictured: One of Ms Lee’s other creations

‘I didn’t think he’d react like that but it’s still funny. I know I probably sound like a bad parent but it was too funny.

‘I gave birth to my child so I know my child. He was fine with it. He cried for a bit but he was fine after that.

‘People are good at being keyboard warriors. I don’t mind a few negative comments though.

‘I half expected these negative comments online. There have been some positive ones actually though. Some people just loved the picture.’

Elf On The Shelf is a Christmas tradition for some families after it gained popularity in the last decade.

The elf acts as a special scout sent from the North Pole to encourage children to behave themselves in the lead up to Christmas. 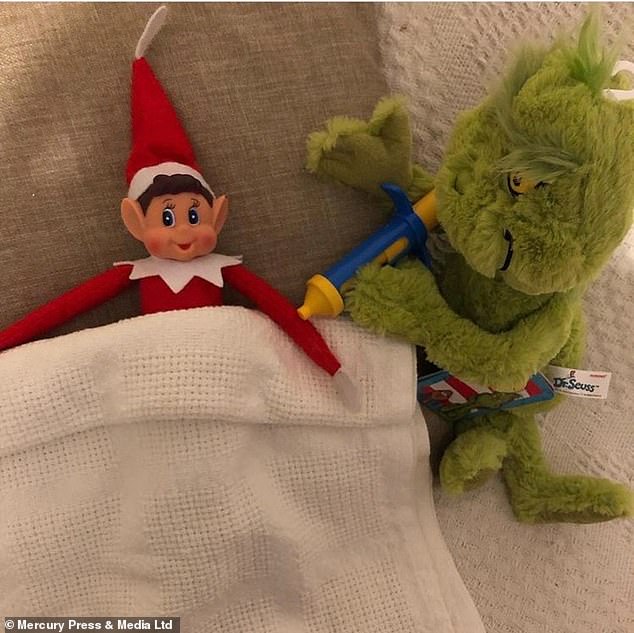 The elf acts as a special scout sent from the North Pole to encourage children to behave themselves in the lead up to Christmas. Pictured: Another of Ms Lee’s creations 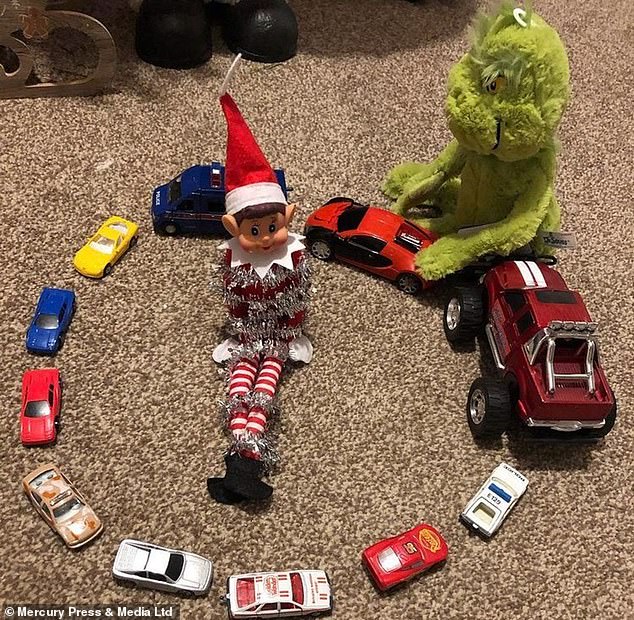 Ms Lee said: ‘We do Elf On The Shelf every year and each year try to make it more successful.’ Pictured: Ms Lee laid out the Grinch with the elf

The idea is that Santa’s little helper watches the children by day before returning to the North Pole at night time to report on whether they were naughty or nice.

‘We do Elf On The Shelf every year and each year try to make it more successful. My little boy loves Christmas and wants the elf to come back every year and, after the year we have had, he wanted to bring him back early,’ Ms Lee continued.

‘I was getting a bit bored this year though with just moving him around from different rooms so I put him beside the Grinch this year.

‘The elf and the Grinch always have issues with each other, obviously, as the Grinch hates Christmas so Oscar and I like to joke about that.