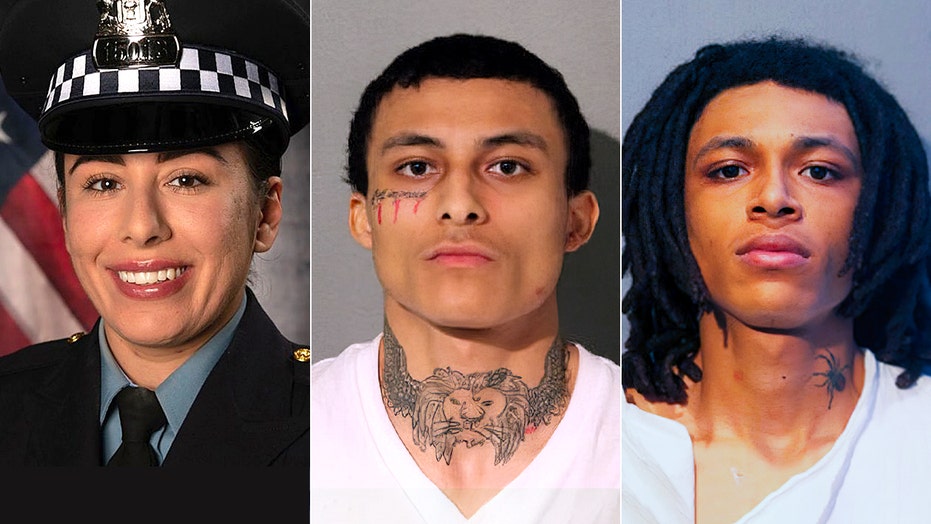 The mother of two brothers charged in connection with the fatal shooting of Chicago Police Officer Ella French was arrested Tuesday after she tried to gain access to the hospital room in which her son was staying, according to authorities.

Police said they responded to a disturbance call around 8:30 a.m. at Advocate Christ Medical Center in suburban Oak Lawn, about 15 miles southwest of downtown Chicago.

Evalena Flores, the mother of the brothers, allegedly tried to enter the hospital room of Emonte Morgan, 21, who is charged with first-degree murder in Saturday’s fatal shooting of French, 29, FOX 32 Chicago reported. 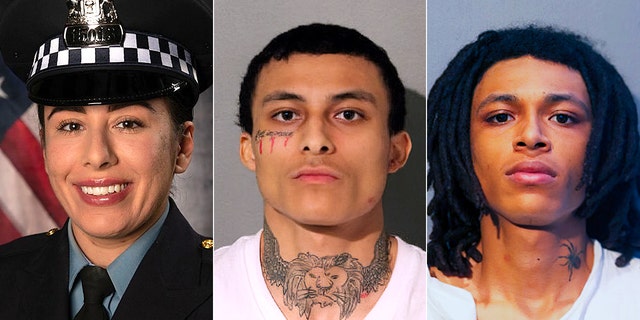 Morgan had been wounded in an exchange of gunfire during the fatal confrontation, which also left another officer critically wounded.

While trying to enter Morgan’s room, Flores allegedly kicked a Christ Hospital Public Safety Officer in the groin, police said. Flores then continued to resist arrest as she demanded to see her son, FOX 32 reported.

A Facebook live video purported to show a woman while entering the hospital, according to the station.

“I’m trying to see my son,” the woman was heard saying in the video. “Emonte Morgan. My son. I want to see my son.”

“Monte! Monte!” the woman was later heard screaming while running down a hallway. “Don’t touch me!” she yelled as officers were seen approaching her.

The woman was then informed she was under arrest, according to the video.

Oak Lawn Police Division Chief Gerald Vetter told the Chicago Tribune that the video was “of interest to our investigation.”

Police said they contacted the Cook County State’s Attorney’s Office for approval of felony charges against Flores. But after reviewing the case, the office charged Flores with misdemeanor offenses, including battery, resisting a peace officer, and criminal trespass to real property.

On Saturday, Emonte Morgan allegedly shot at French and her unidentified partner at close range during a traffic stop in the West Englewood neighborhood on the South Side. Both officers had their weapons holstered when Morgan allegedly opened fire, reports said.

French died of a single gunshot wound to the head. Her death was the first fatal shooting of a Chicago officer in the line of duty since 2018 and the first female officer fatally shot on the job in 33 years.

The other officer was still in critical condition Tuesday. Prosecutors said he had a bullet lodged in his brain along with gunshot wounds to the eye and shoulder.

On Tuesday, a judge ordered both brothers held without bond.

Flores is scheduled to appear in court on Sept. 15.