Authorities say suspect is involved in recruiting Moroccans and sub-Saharans to carry out attacks. 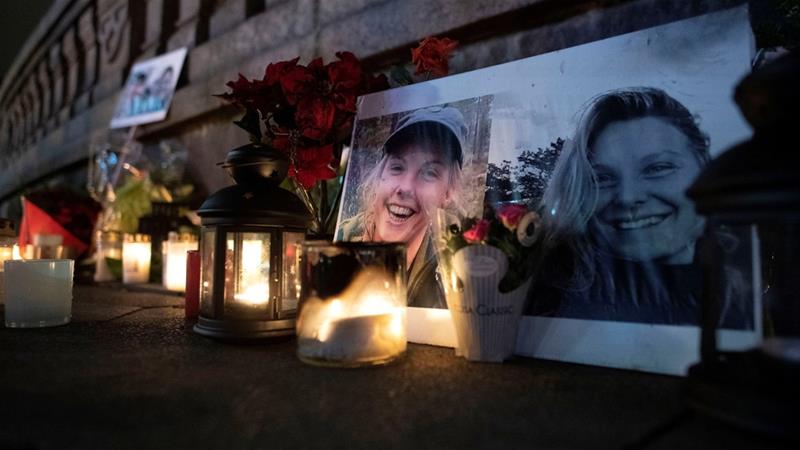 Moroccan authorities have arrested a Swiss national in connection with the killing of two Scandinavian women as part of an ongoing investigation, Morocco’s Central Bureau for Judicial Investigations (BCIJ) said.

The two tourists, Louisa Vesterager Jespersen, 24, of Denmark, and Maren Ueland, 28, of Norway, were found dead early on December 17, with knife wounds to the neck near the village of Imlil, on a route to Toubkal, North Africa’s highest peak and a popular hiking and trekking destination.

The man arrested on Saturday, who has not been named, is also suspected of “involvement in recruiting Moroccan and sub-Saharan nationals to carry out terrorist plots in Morocco against foreign targets and security forces in order to take hold of their service weapons”, according to the BCIJ.

It said he also held Spanish nationality with residence in Morocco.

BCIJ’s statement added that the suspect is alleged to have taught other suspects communication skills using “state-of-the-art communication technologies” and the handling of firearms.

The suspect is currently in custody as part of the investigation under way to shed light on all the criminal acts and “terrorist” schemes he was planning to execute, the BCIJ stated.

Authorities have arrested 19 other men in connection with the case, including four main suspects who had pledged allegiance to the Islamic State of Iraq and the Levant (ISIL, Daesh, also known as ISIS) in a video made three days before the tourists’ bodies were found.

Moroccan security and domestic intelligence service spokesperson Boubker Sabik described the four men as “lone wolves”, and said “the crime was not coordinated with the Islamic State”, without explaining how the authorities had come to their conclusion.

Compared with other countries in North Africa, Morocco has been largely insulated from attacks by armed groups. The most recent took place in April 2011, when 17 people were killed in the bombing of a restaurant in Marrakech.

So far 242 out of 1,669 Moroccans who joined the ISIL group have been arrested, said Sabik. Some fighters were using false passports and trying to hide among refugees heading for Europe as foreign fighters suffer setbacks in the Middle East.

In 2017 and 2018, Morocco said it dismantled 20 armed group cells planning attacks in the country.