‘He’s as bad as Ian Brady’: Mother’s fury as ‘Monster of Worcester’ who killed three children he was babysitting before impaling their bodies on spiked railings is CLEARED for release by the Parole Board

The ‘Monster of Worcester’ who murdered three children before impaling their mutilated bodies on a fence outside their home, has been cleared for release.

David McGreavy, 67, murdered Paul Ralph, four, and his sisters Dawn, two, and nine-month-old Samantha at their home in Worcester.

Paul had been strangled, Dawn was found with her throat cut, and Samantha died from a compound fracture to the skull. 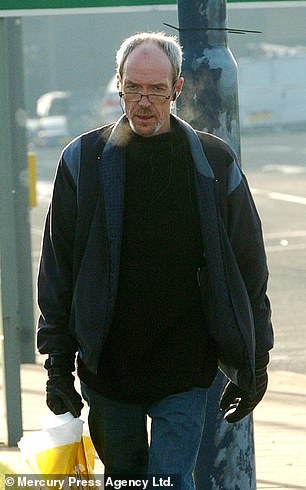 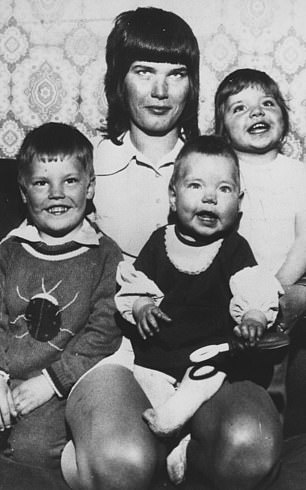 David McGreavy (pictured left, during day release from prison in 2006) murdered Paul Ralph, four, and his sisters Dawn, two, and nine-month-old Samantha in their Worcester home. The children are pictured with their mother, Dorothy (right, in an undated photo)

McGreavy, a family friend and lodger at the home in Rainbow Hill, claimed he killed the children because one of them would not stop crying.

He was sentenced to life for the murders in 1973. But the Parole Board confirmed last night that a panel had directed his release following an oral hearing.

The children’s mother Elsie Urry, also known as Dorothy, told The Sun: ‘What this animal did to my children was every bit as bad as what the Moors Murderers did.

‘But Ian Brady and Myra Hindley never left prison before they died so why the hell should he? He put my babies on spikes, for God’s sake. 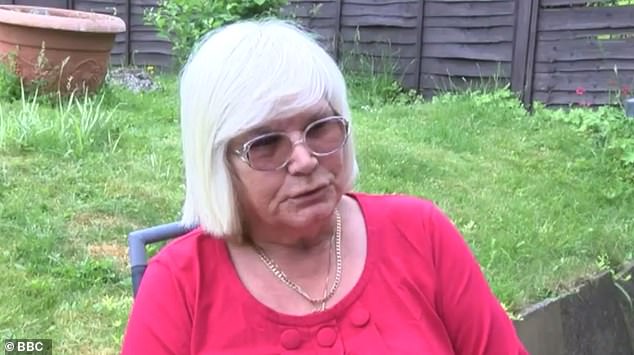 The children’s mother Elsie Urry (pictured in 2016), who has also been known as Dorothy, said: ‘What this animal did to my children was every bit as bad as what the Moors Murderers did’

‘He mutilated them and they died in agony. I wanted him dead and to suffer like they had but was reassured after his trial that his crime was so terrible he would never walk free again.

‘But despite begging them to keep him locked up, I have now finally been betrayed.’

A document from the Parole Board about McGreavy’s case referred to a victim personal statement from the victims’ mother, ‘setting out the devastating effect that these deaths had on her and still do have’.

The document said that over the 45 years in custody, McGreavy has changed ‘considerably’.

It added: ‘He has developed self-control, as well as a considerable understanding of the problems that he has had and what caused them.

‘The psychologist identified a number of factors which make it less likely that Mr McGreavy will reoffend in future. 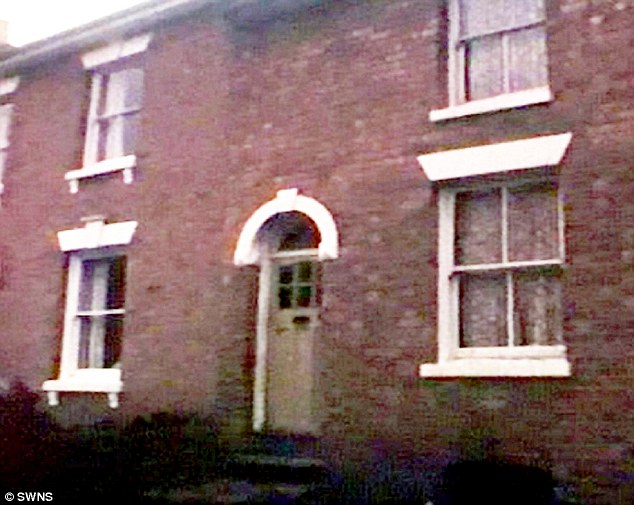 ‘These included his improved self-control and the fact that Mr McGreavy has learnt to remain calm in stressful situations.

‘He has also shown himself to be compliant and co-operative with authority, which suggests that he will comply with licence conditions. 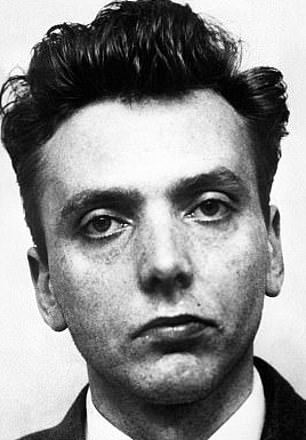 ‘A network of supportive friends in the community was also identified as a protective factor.’

‘Parole Board decisions are solely focused on whether a prisoner would represent a significant risk to the public after release.

‘The panel will have carefully looked at a whole range of evidence, including details of the original evidence and any evidence of behaviour change.

‘We do that with great care and public safety is our number one priority.’

McGreavy has been eligible for parole for a quarter century but previous applications had been refused – most recently in 2016.

He is now set to be released from category C Warren Hill prison near Hollesley in Suffolk, to a bail hostel after Christmas. 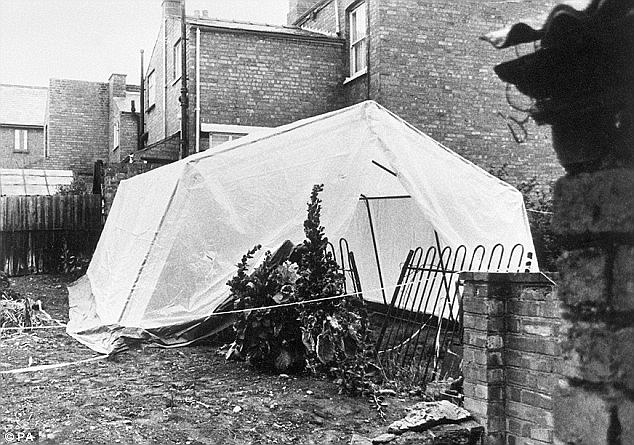 Justice Secretary David Gauke is unable to stop his release as he can only overrule a proposed transfer to an open prison.

The children’s father Clive, who split from their mother soon after the murders, is not thought to have ever spoken out about his grief.

The Parole Board assesses whether serving prisoners in England and Wales are safe to be released into the community or moved to open conditions, considering around 25,000 cases a year.

After complaints that parole processes were shrouded in secrecy, ministers scrapped a rule banning the Board from disclosing information about the reasoning behind its panels’ findings.

So far, more than 1,400 requests for decision summaries have been lodged.

But his cousin John Nicholls, who now lives in Canada, told the Worcester News in 2016: ‘My opinion is he should never be let out. He shouldn’t be allowed any kind of freedom. To me, a life sentence should be life. How can you forget something like that that happened?

‘It is as fresh in my mind today as it was 44 years ago. What happened I will remember it to the day I die.’

The news comes nearly a month after the Parole Board decided to reverse an earlier decision that black cab rapist John Worboys should be released.

The board sparked fury in January by ruling that Worboys was safe to be freed after around a decade behind bars.

He had been jailed indefinitely in 2009 with a minimum term of eight years after being convicted of 19 offences including rape, sexual assault and administering a substance with intent, committed against 12 victims.

In March, the Parole Board’s release direction was quashed by the High Court following a legal challenge by two women.

As a result Worboys, 61, was kept behind bars until the case had been reassessed by a new panel. Their decision was announced on November 19. 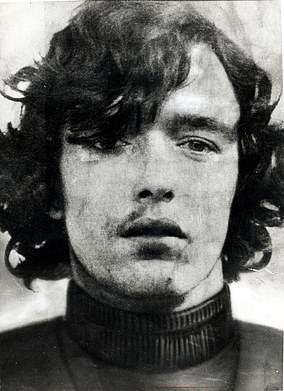 Three children were murdered, apparently for no other reason than to silence the crying of a nine-month-old baby.

Then, their small bodies broken, they were impaled on garden railings in an act of grotesque savagery that shocked the nation.

Her husband Clive Ralph had gone to collect her from work and had left their children in the care of David McGreavy, a family friend and lodger.

The children knew him well, and had played with him happily in the past. The couple thought they had no reason to worry about the welfare of their children.

Yet, when they returned to their home in Gillam Street, Worcester, they discovered that the police were waiting for them.

An officer escorted to them to the local police station and broke the news: Paul, four, Dawn, two, and baby Samantha were all dead. 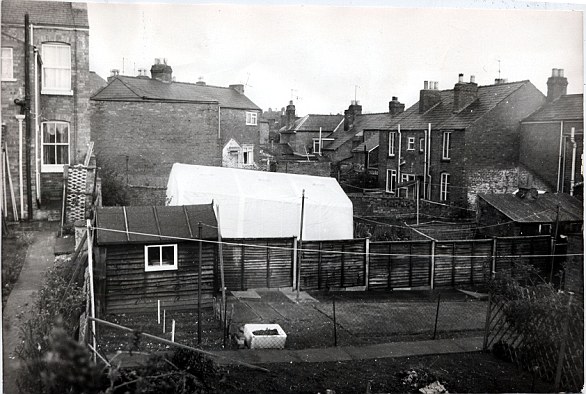 The scene where Paul, Dawn and Samantha were found dead in Worcester in 1973

The couple were told McGreavy had admitted killing them, but that police were still looking for their bodies. Later that night, they were found in a row, impaled on a neighbour’s spiked garden railings.

McGreavy, 21, who had been kicked out of the Royal Navy, reportedly told police that Samantha had wanted her bottle and wouldn’t stop crying.

‘I put my hand over her mouth and it went from there,’ he said. ‘It’s all in the house. On Paul I used a wire. I was going to bury [Paul] but I couldn’t… I went outside and put them on the fence. All I can hear is kids, kids, kids.’

Paul was strangled, Dawn had had her throat cut and Samantha died from a compound fracture to the skull.

It remains unclear if there was more to the killings and prison psychologists who interviewed McGreavy explored the possibility that there may have been a ‘sexual motive’. 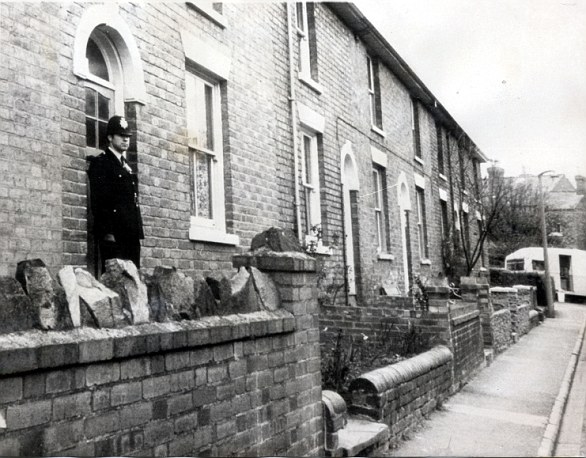 In 2013, Mrs Urry, who took an overdose six months after losing her children, and has since moved from Worcester, said she had lived through ’40 years of hell’.

‘If he was released, I’d be waiting outside with a gun,’ she said after McGreavy’s Human Rights petition was quashed. ‘Life should mean life and he should never get to walk free. He got off lightly with a life sentence – he should have been hanged.

‘I think about what he did every minute of every day because he took my life away. I can’t go to family parties any more, I can’t celebrate anything. Put yourself in my shoes, how would you feel?

‘I can’t and will never move on. For what he did to my three children and me, he deserves the same treatment that they got – death.’