Footage shows the moment police officers rammed a pair of off-road bikers after they were spotted riding on pavements without number plates.

Two bikers terrorising residents around the streets of Sheffield could have caused ‘fatal and serious harm’ to pedestrians by riding on walkways and pavements at high speed on Saturday.

Plain-clothes officers later spotted them refuelling their bikes at a petrol station in Coal Aston, Derbyshire at 6.20pm and pulled onto the forecourt in unmarked cars.

Dashcam video then show them creeping up behind the offenders and using tactical manoeuvres to plough into one of them.

Police then race around the forecourt to slam into the next driver while another flees the scene leaving their bike behind.

A 21-year-old man has been summonsed on suspicion of driving while disqualified and with no insurance while another offender is wanted by police. 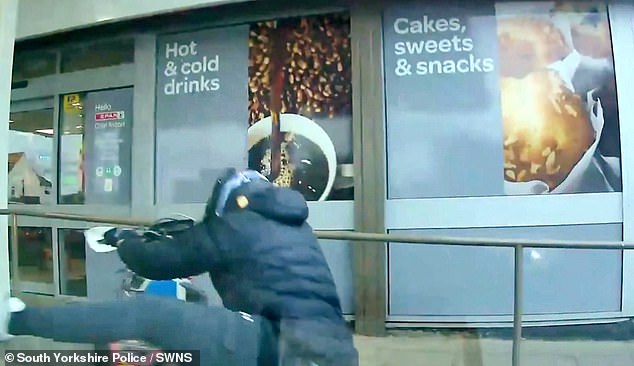 A South Yorkshire Police spokesperson added: ‘One man is outstanding and we would urge him to speak with us about the use of his motorcycle which we now have possession of.

‘We know that off-road bikes, the nuisance, anti-social behaviour and serious crime linked to them are a concern for our communities.

‘Officers’ message is clear- we will use all available tactics to stop them committing crime and causing fear and harm to our communities.

‘With motorcycle-based criminality increasing, officers are using tactical contact to stop and apprehend those who are committing crime.’ 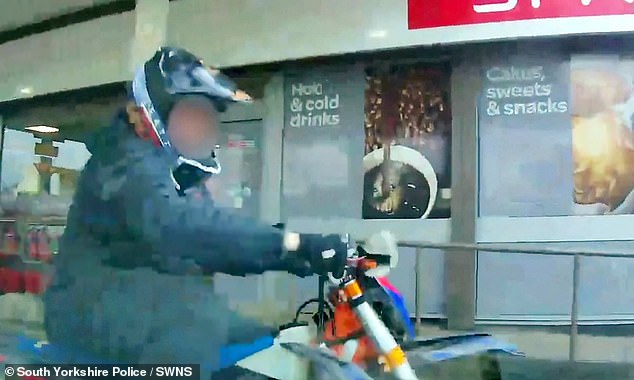 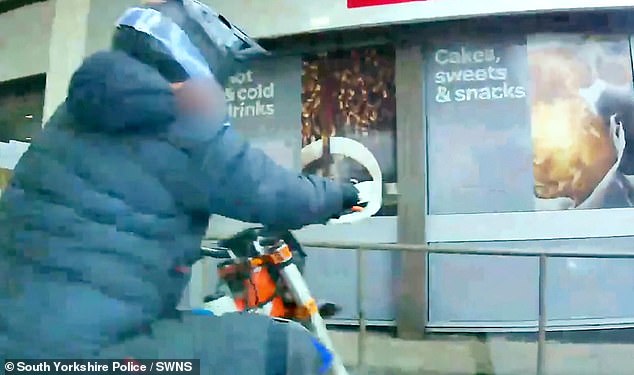 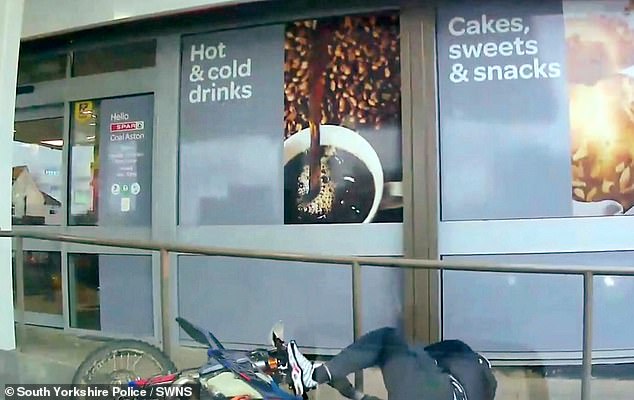 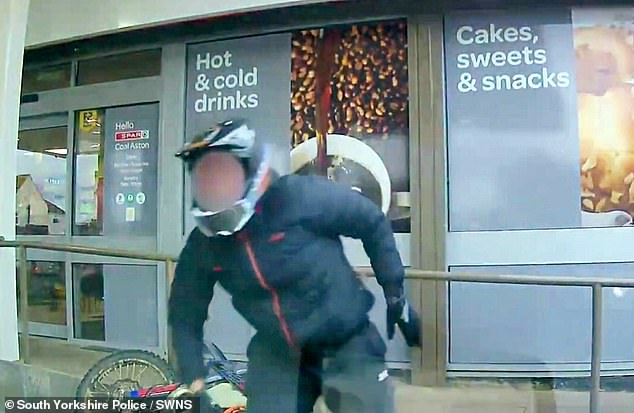 Roads Policing Inspector Clifton added: ‘Off road bikes are one of the biggest concerns to our communities.

‘We are a privileged force to have a full time Off Road Bike Intervention Team but tackling motorcycle criminality doesn’t stop with that team.

‘Specialist roads policing pro-active officers and teams from across the force are also tackling the associated crimes and anti-social behaviour.

‘We hear time and time again from our communities that the riders are “not causing any harm” or “just having fun” but this isn’t the case.

‘These riders have the capability to cause serious or fatal harm to pedestrians, and other road users, as well as damaging infrastructure and farmers’ livelihoods.

‘We have also seen a rise in such vehicles being used to facilitate serious crime and need to be stopped.

‘As always we continue to clamp down on those who use the road network, in whatever vehicle that may be in to commit criminality.

‘We will be firm, we will be strong, as this type of behaviour will not be tolerated.’ 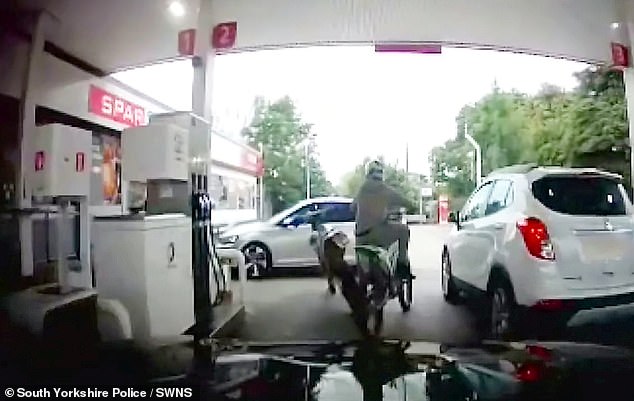 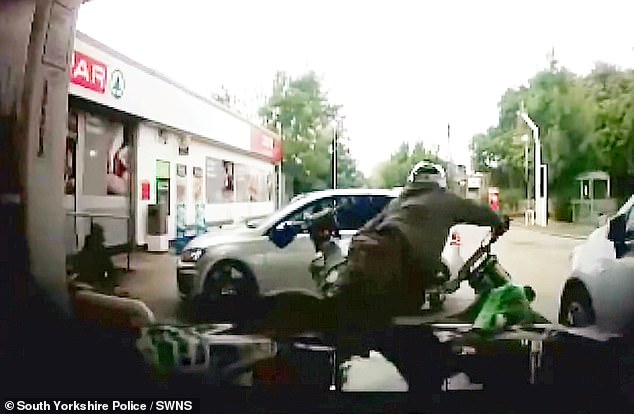 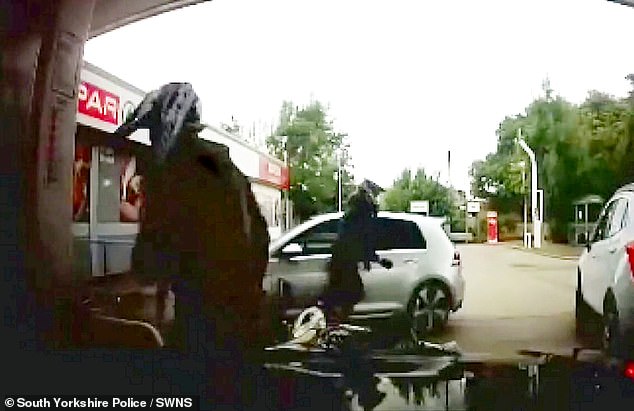 While the second rider gets up, the other rider is seen running away in the background of the video

After the footage was posted to social media, people gave a mixed response to what the force described as their ‘brave and bold’ actions.

One person commented: ‘How is it brave to knock kids off their bikes? Not sure the punishment fits the crime here as they could have been seriously hurt.’

A second wrote: ‘I imagine they would make a run for it if you were plain-clothed in unmarked cars. Think this could have been handled better.’

But another added: ‘Need to see more of this. These riders have no consideration for the public and are a danger to themselves and others.’

A fourth person wrote: ‘Hahaa poetic justice’ while another added: ‘That will bruise their egos. Top work, might make the little louts think twice in future.’

Meanwhile, it was reported in 2019 that the number of moped crimes in London have more than halved from 20,973 to 9,723 after Scotland Yard started ramming in to suspects.