SHOCKING CCTV footage has shown the moment a mass prison brawl erupted which saw five lags stabbed by inmates armed with blades made from inhalers.

The gang fight broke out in the super-max security wing of Cook County Jail in Chicago at 1.30pm on Friday. 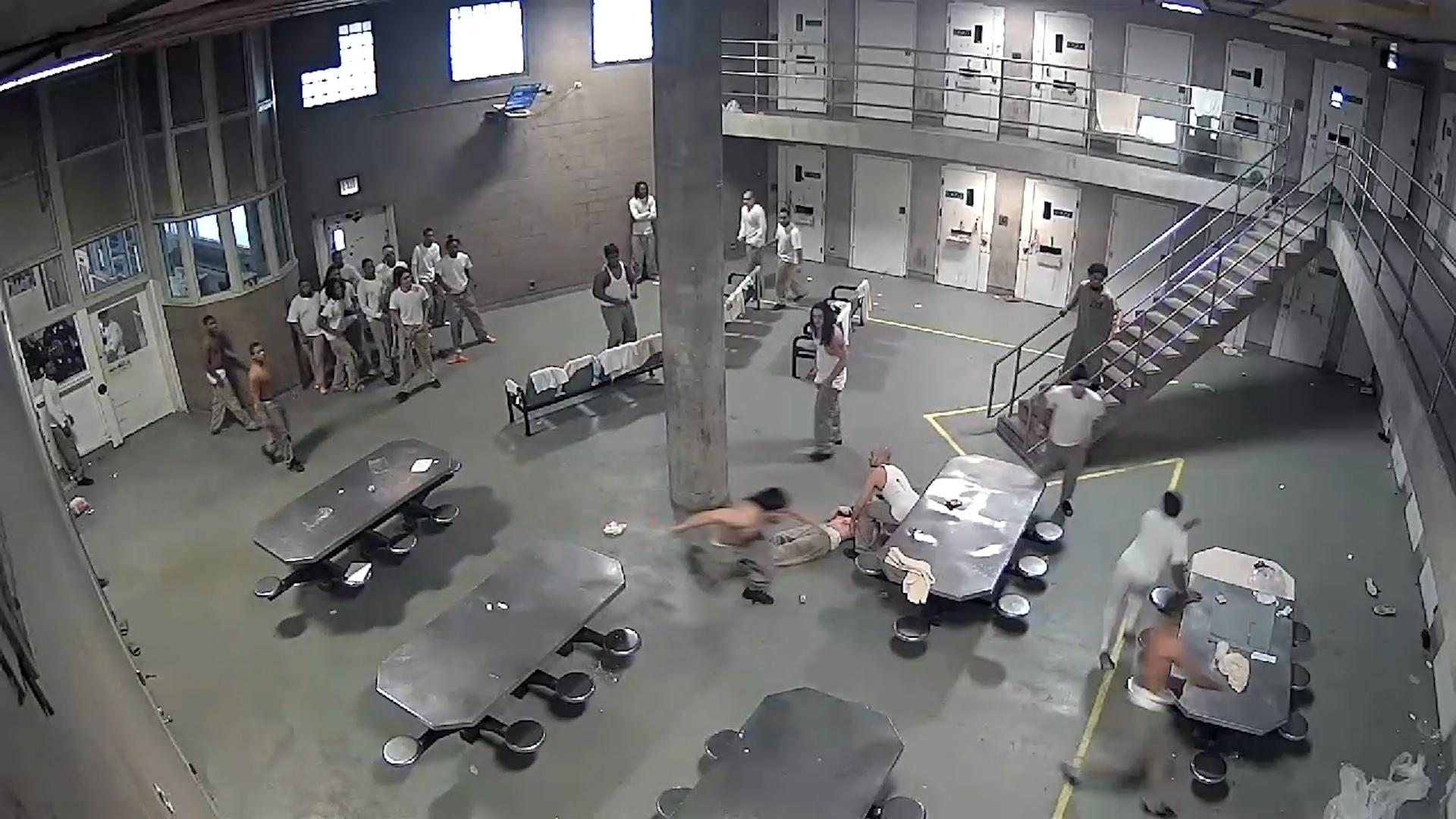 Video of the brawl shows one inmate running up the stairs before another shirtless con knifed him in the back while other lags watched on.

Another inmate then attacked an unsuspecting con from behind. 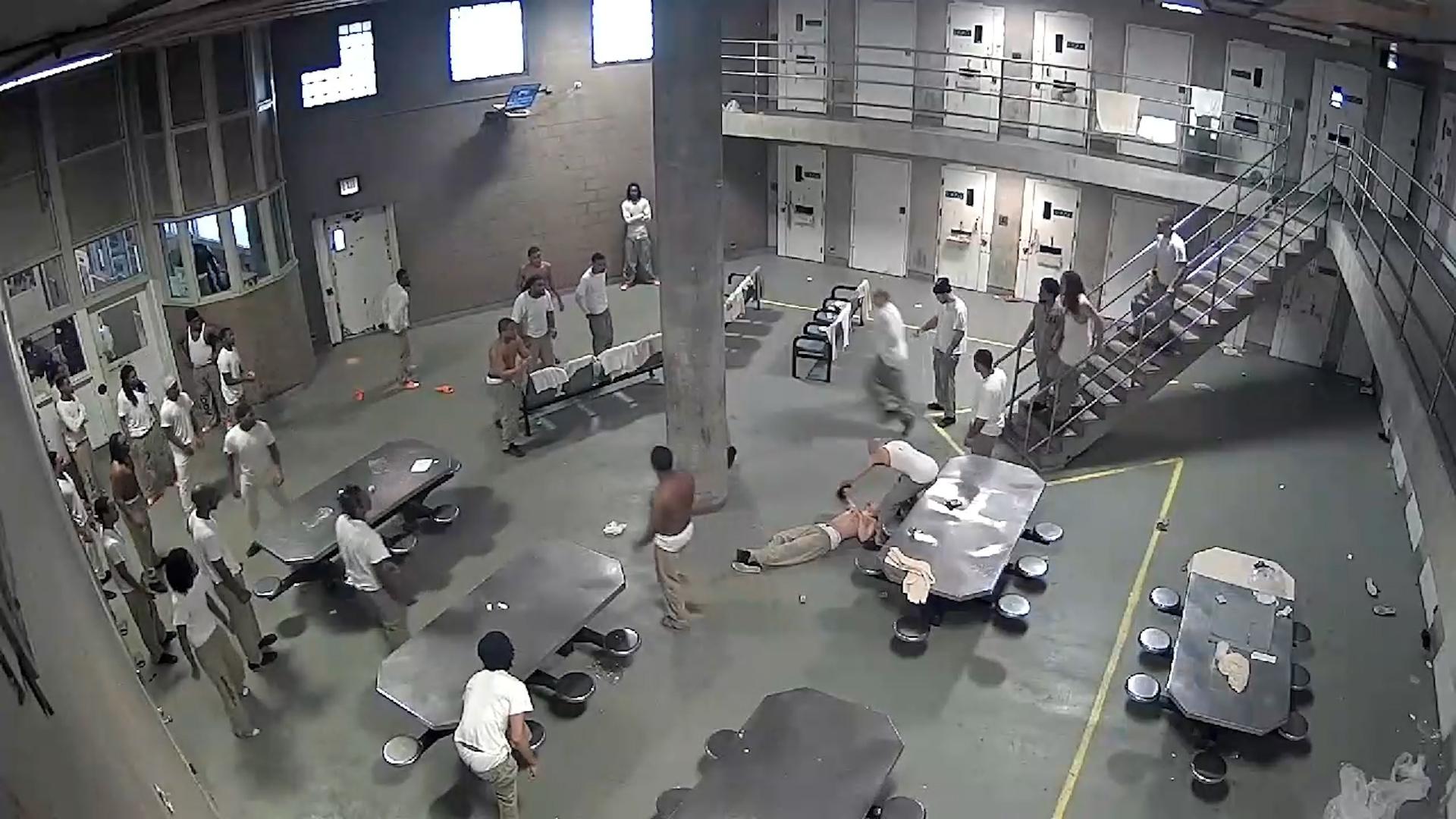 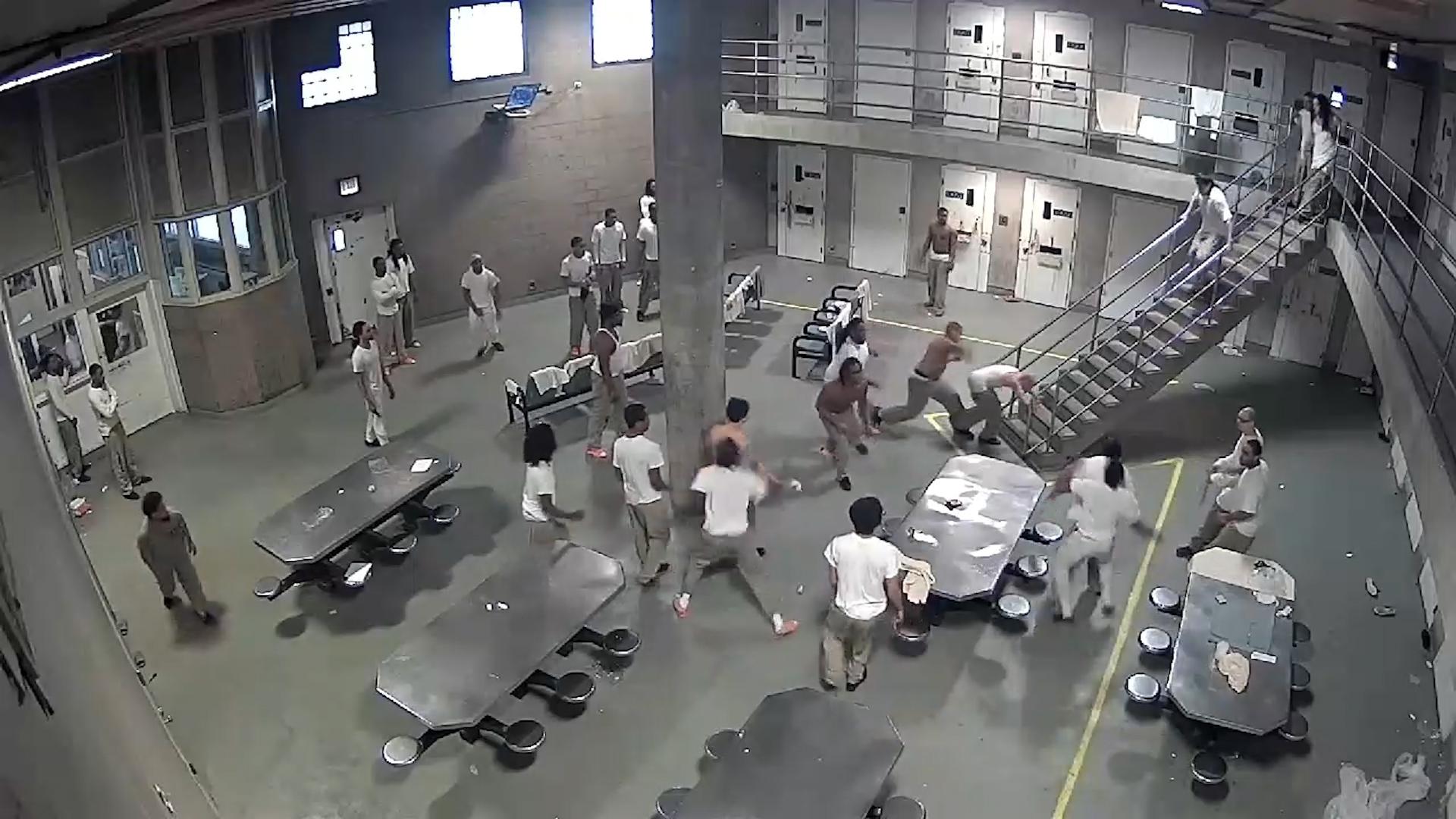 His friend tried to intervene before he was smashed into a pillar by another man.

He collapsed into a heap on the floor and was pulled to safety by two cons while a fight raged around them. 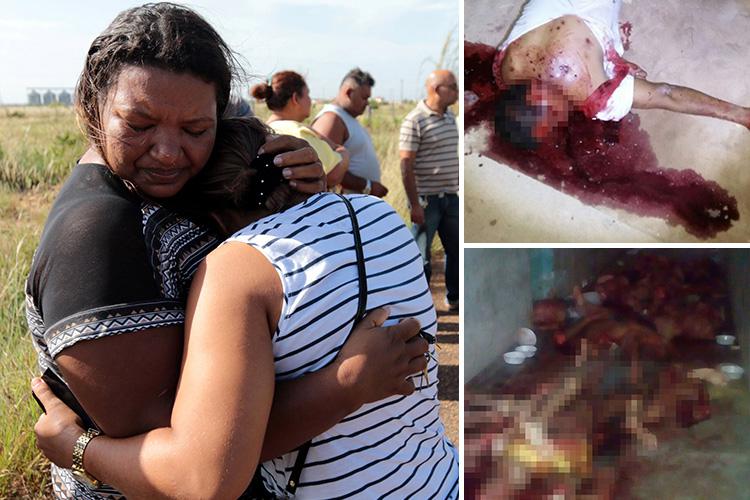 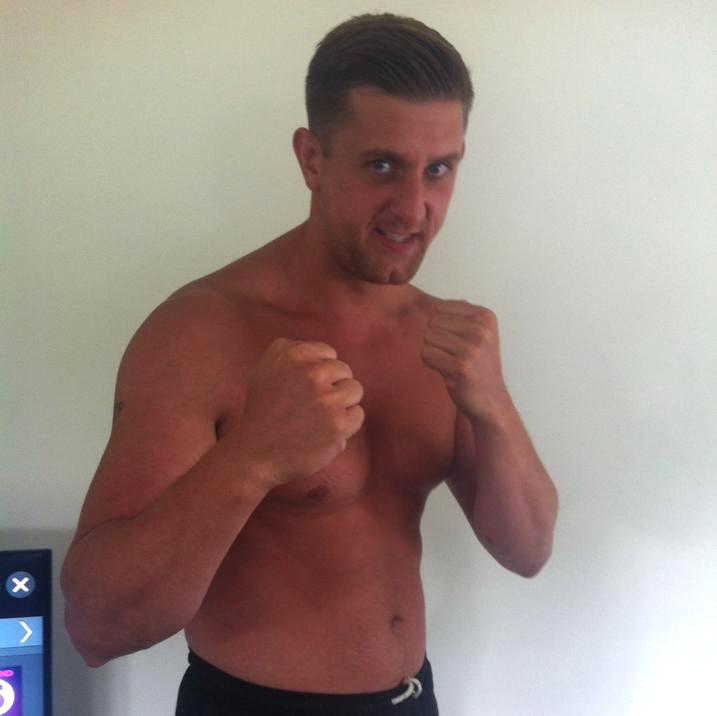 BACK IN THE CAGE 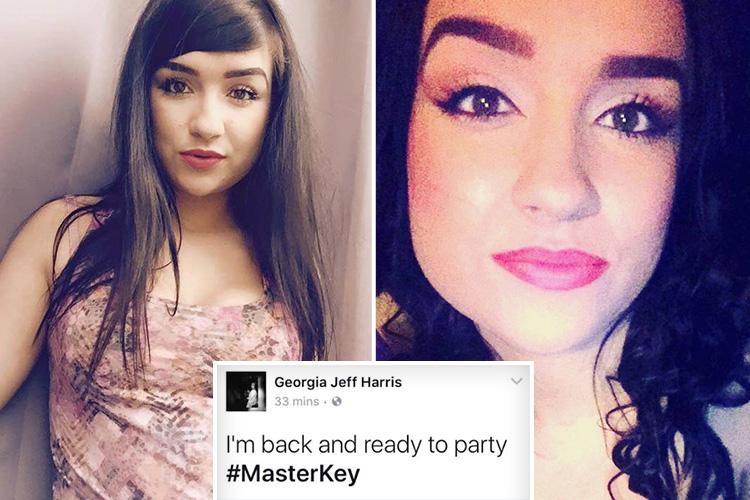 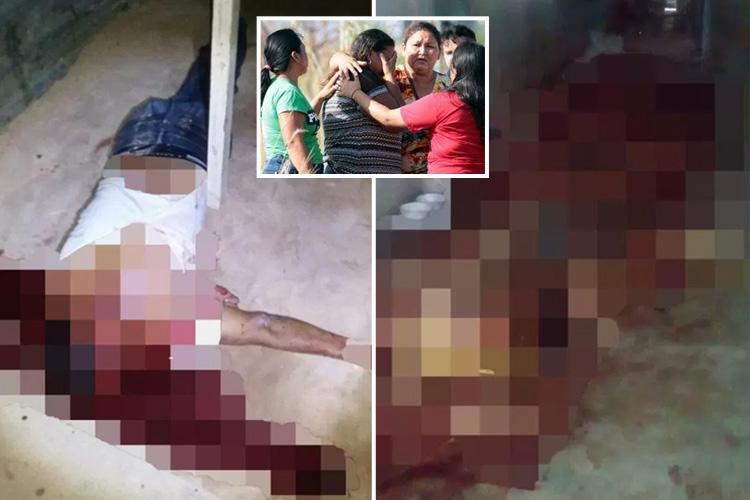 Officials said four of the injured inmates were awaiting trial on murder charges while the fifth was in custody on an armed robbery case.

A spokesman for the jail said the fight was brought under control “quickly” before five inmates were rushed to hospital. 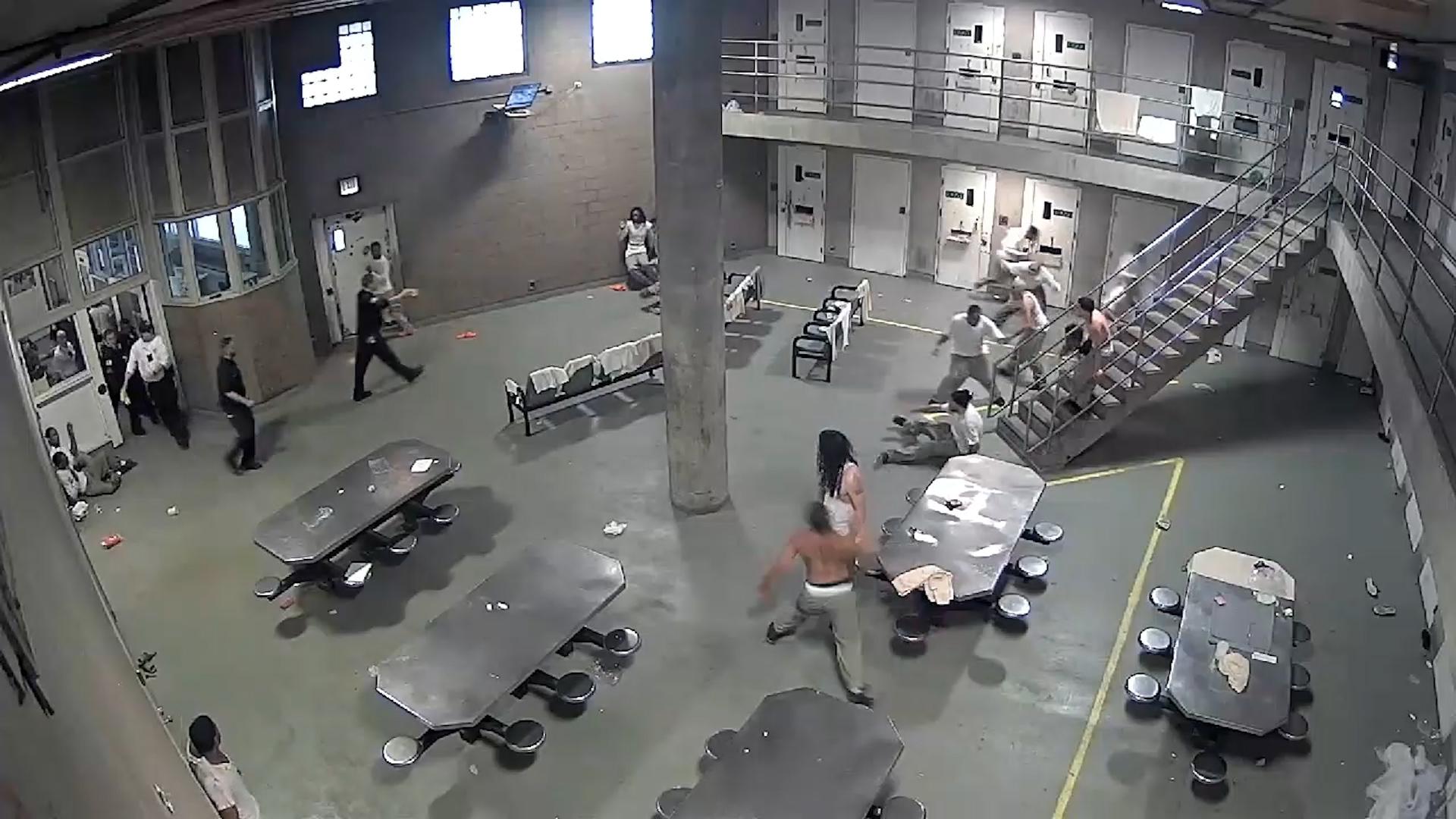 They were all listed in a “serious” condition, but they injuries are not life-threatening.

The brawl came four days after another inmate at the same jail allegedly slammed a jail guard’s head into a wall.

Jamara Rhone, 40, has been charged with aggravated battery to a prison officer after a correctional deputy was injured in the attack.