THIS is the dramatic moment a gunman was shot dead by cops after embarking on a horrifying shooting spree that has left numerous people injured.

Shocked onlookers watched and filmed from a nearby balcony as LA officers stormed the building to confront the unnamed man following a string of violent incidents in the Skid Row district on Friday evening. 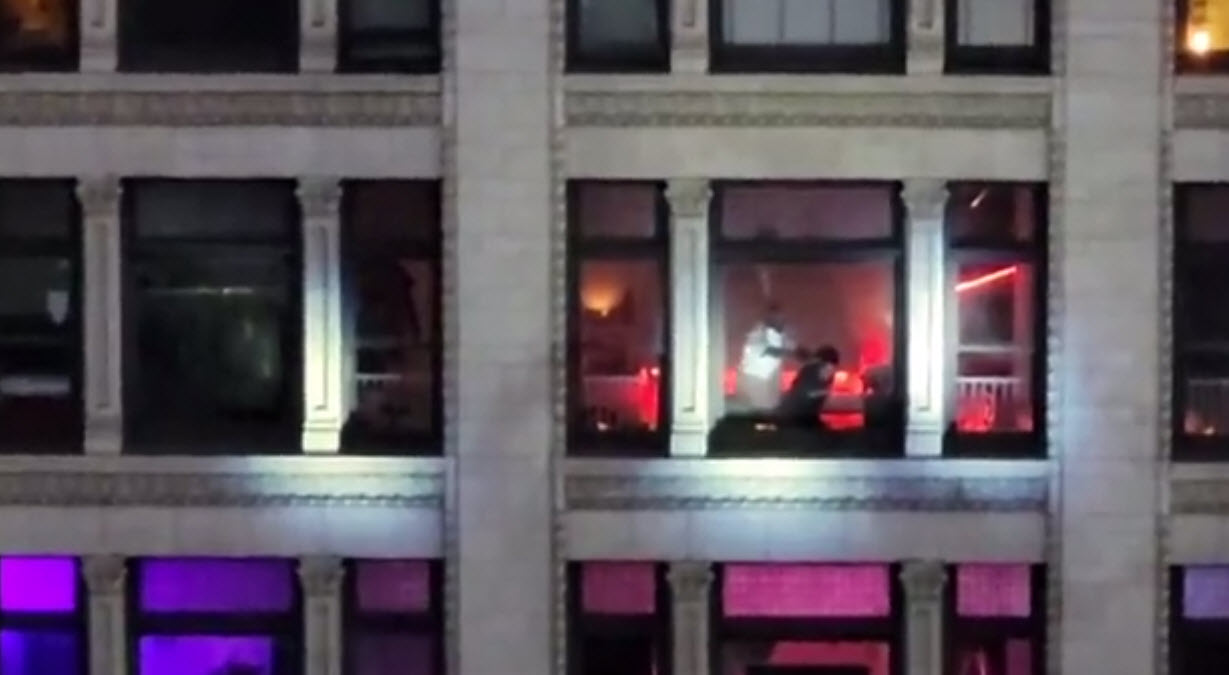 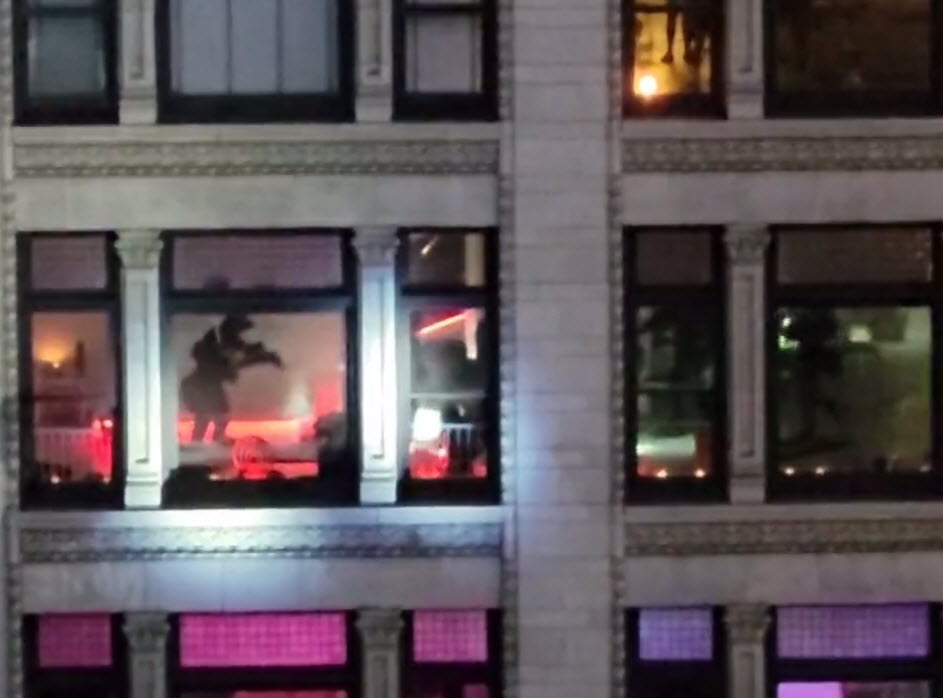 His victims included a woman, who was taken hostage, and a 14-year-old boy – who were both left hospitalised because of the night’s traumatic events.

It was also reported that a separate woman was  the victim of an attempted kidnapping and a man was held at the gunpoint as cops later trapped the perpetrator in a flat where the terrifying final altercation occurred.

They later confirmed that the suspect was shot by an officer and died on the scene.

“Based on the already incredibly violent actions and fearing the suspect was going to kill the hostage, SWAT entered the apartment,” the LAPD said.

“An OIS occurred, and the suspect was struck by gunfire.”

HOW THE NIGHT OF TERROR UNFOLDED

According to a report from the MailOnline, the night of terror began at 4:10pm on Friday evening when the suspect randomly walked up to a man on the street and tried to shoot him at point-blank range in the head.

But, after attempting to pull the trigger, “the gun did not fire” the LAPD later said in a Twitter statement.

The suspect then made his way to a block on Broadway where three family members, including a 14-year-old boy, were inside.

He pointed his firearm at the group and opened fire, with one bullet grazing the side of the teen's head leaving him in a potentially fatal condition.

However, the gunman did not stop to tend to the young man and instead headed to 6th street where he allegedly attempted to carjack a woman.

When the suspect couldn't get her inside the car he fled to 7th where he encountered a man riding a bike who attempted to stop his bloody streak.

It was during this altercation, the cyclist noticed that the suspect was armed as Police were soon flagged to the man’s location – having already receiving several radio calls regarding the man’s random attacks.

As a chase ensued, the suspect was forced to take refuge in an apartment complex on 6th Street, and was captured on surveillance footage holding a gun to a female hostage’s head, the LAPD confirmed.

It was at this moment that a terrified bystander from the building opposite captured the horrifying ordeal that was unfolding before them.

The video shows a man in a white t-shirt appearing to point a gun at the head of a kneeling hostage in front of the large apartment windows.

He appears relaxed as he strolls around the building, before a loud flash-bang is heard, which causes the man to duck down.

Several more bangs are then heard and the man is seen running the length of the apartment, before deciding to pull his hostage to another room.

At this point, at least five SWAT team officers swarm the apartment with their firearms pointed and several gunshots are heard.

Police have yet to confirm the identity of the killer and whether he had any pre-motivations for his actions.

The incidents remain under investigation. 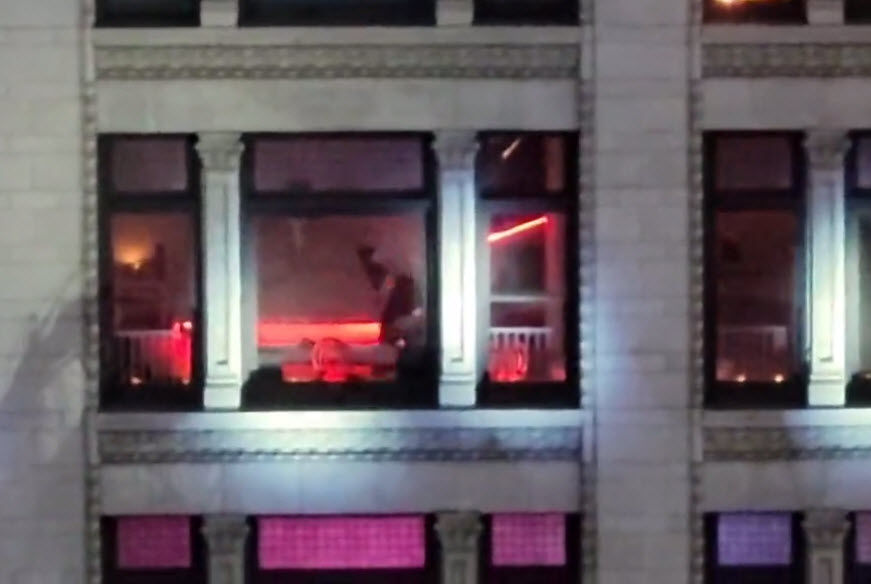