THIS is the moment a half-naked woman plunges from a balcony while having sex and lands on a car roof and survives.

The unlucky lover was sharing an intimate moment with her partner when she slipped off the ledge of a Taipei apartment and fell feet-first into a parked car. 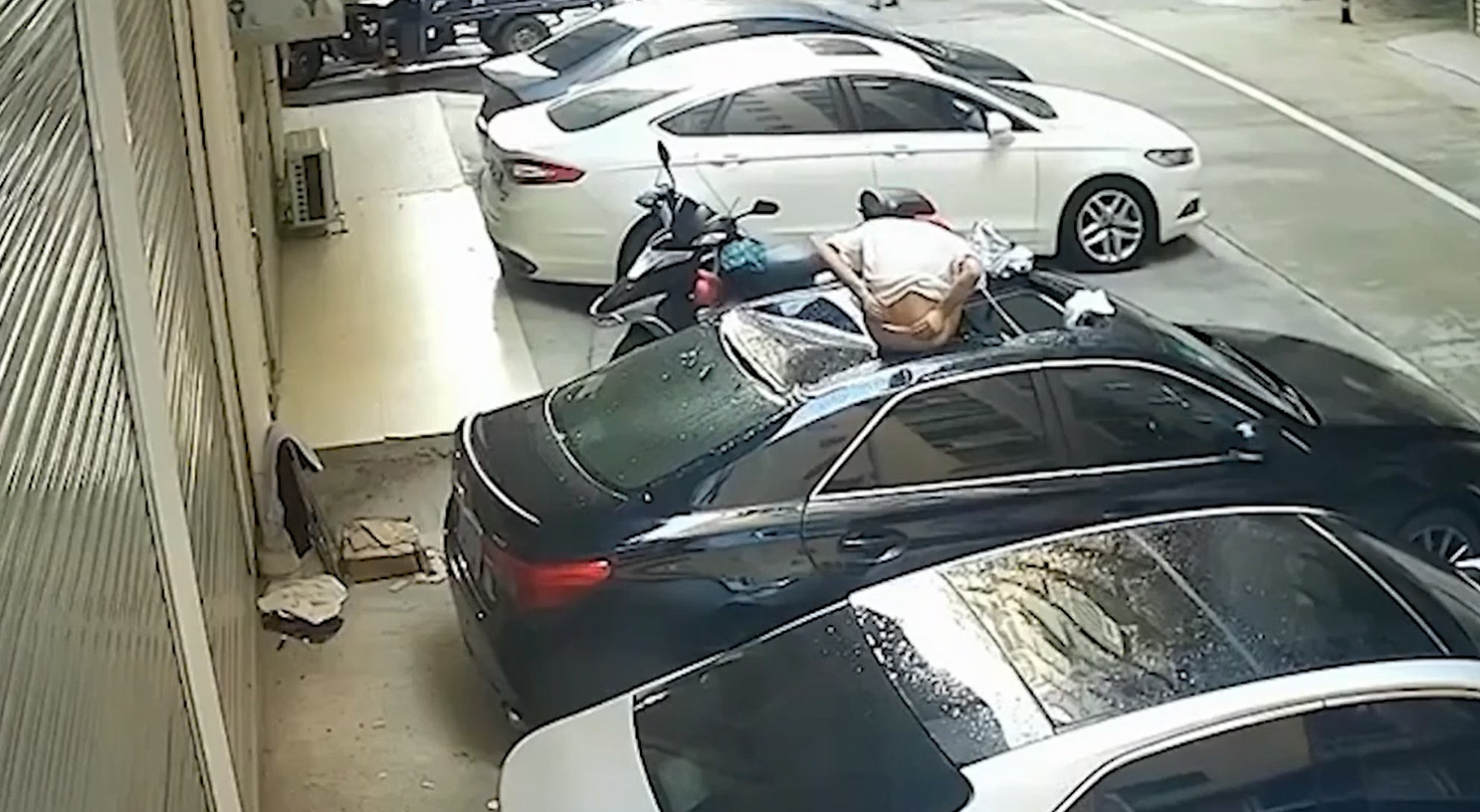 The incident, which occurred on September 5, was caught on CCTV and shows the awkward moment the woman falls flat on her bottom into on a black sedan parked in front of an apartment building.

The impact was so great the poor woman left a massive role in the car's roof and made the metalwork buckle.

She fell with just a shift and knickers on while her shorts were left dangling from one leg.

Moments after the collision, the woman rolls around in agony and begins rubbing her back in what appears to be severe pains.

Eventually, she composes herself and shuffles to the side of the car where her shirtless partner frantically runs to her aide and gives her a kiss and cuddle.

A rather shocked onlooker told local media: "I was walking home when it happened.

"I did not see her fall but we heard a loud crash and she was already on top of the car.

"A man then came to her and helped her."

The woman was eventually helped off the car and taken to hospital where she was diagnosed with a minor back injury and forced to stay for a few weeks to heal.

She is now in a stable condition.

The couple have also had to pay damages on the car, which belongs to a neighbour who lived in the apartment block.