A TODDLER was pulled from the rubble after being trapped for more than 28 hours with her mum in the wreckage of Turkey's 6.8 magnitude earthquake.

Rescue teams are working around the clock to rescue survivors from collapsed buildings more than a day and a half after the powerful earthquake rocked the eastern city of Elazig, killing 35 and injuring 1,556 people. 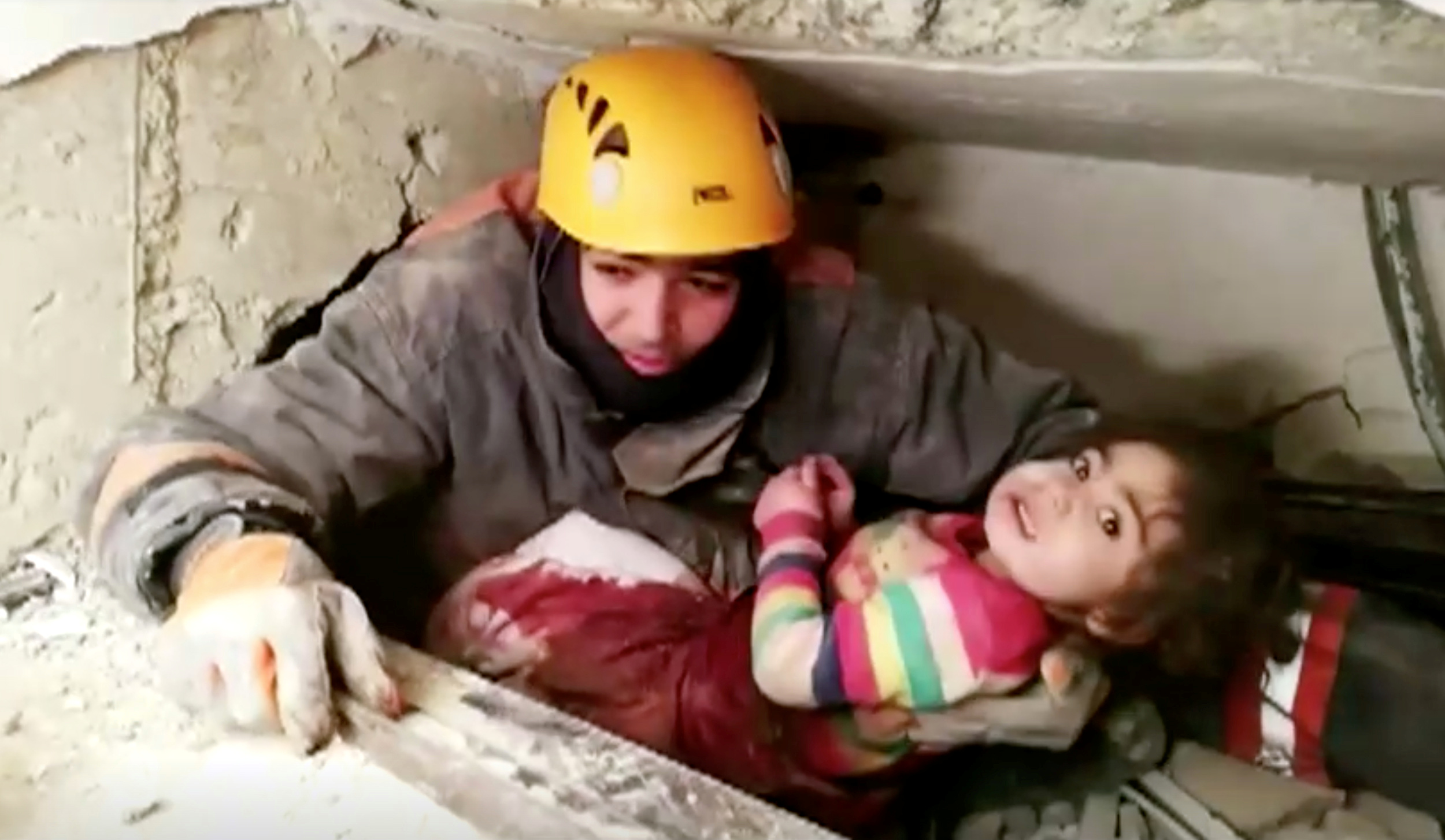 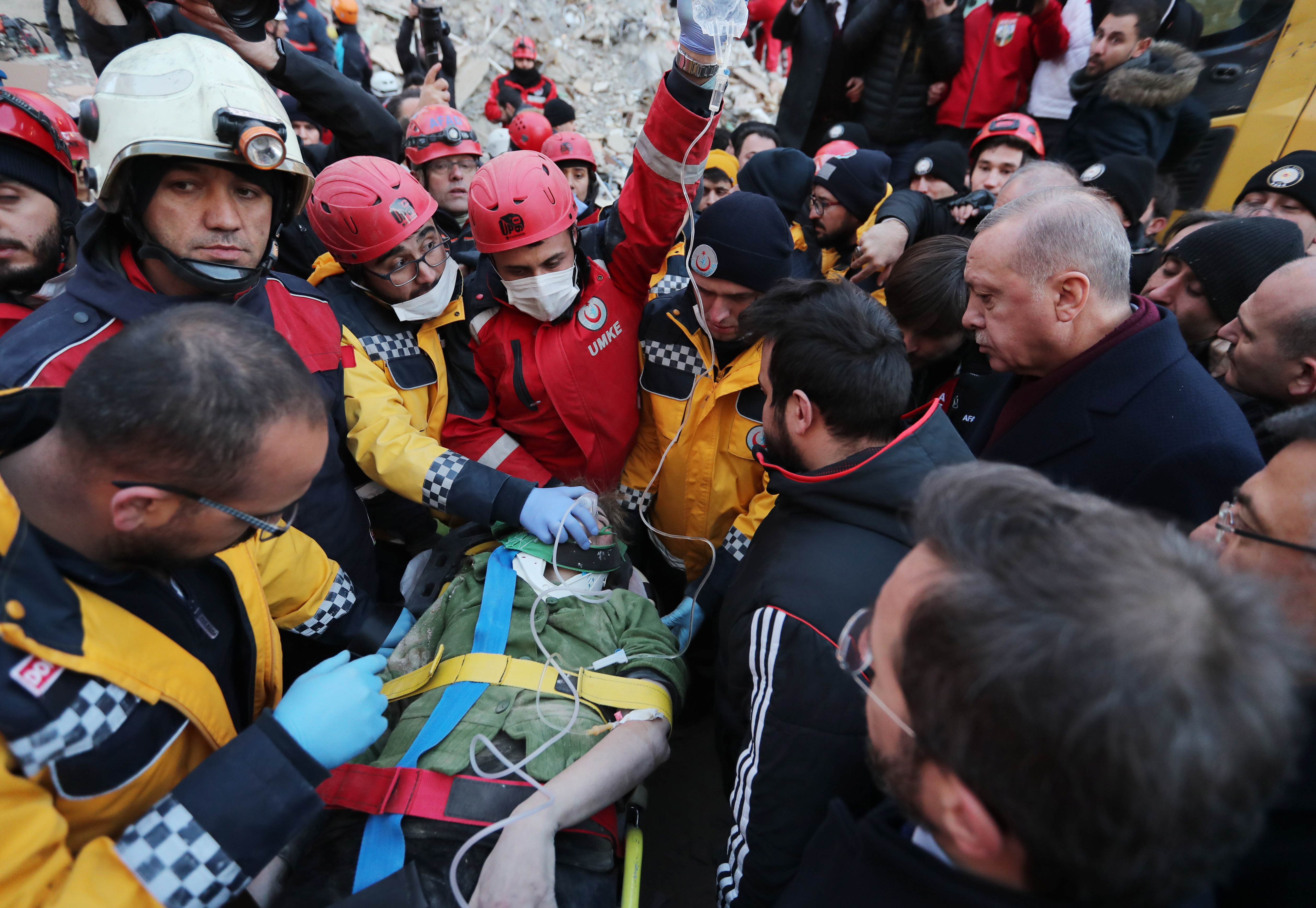 The earthquake rocked Elazig on Friday at 8.55pm at a depth of 6.7 kilometres with various earthquake monitoring centres giving magnitudes ranging from 6.5 to 6.8.

Turkish television showed Ayse Yildiz, 35, and her two-year-old daughter Yusra being saved from a collapsed apartment building in the Mustafa Pasa district.

According to state media, rescuers who heard their screams took several hours to reach them in temperatures as low as -4C and Ayse's husband is among those who died.

The mum and toddler had been trapped for 28 hours after the earthquake struck.

On Saturday 2,600 personnel from 39 of Turkey's 81 provinces were sent to the disaster site.

They are concentrating their efforts in the Mustafa Pasa neighbourhood and the nearby town of Sivrice – the closest residential area to the epicentre of Friday night's quake.

The Disaster and Emergency Management Presidency (AFAD) said the first quake was followed by 228 aftershocks – the strongest with magnitudes 5.4 and 5.1.

EARTHQUAKE A 'TEST' FOR TURKEY

Turkish president Recep Tayyip Erdogan cancelled his plans in Istanbul on Saturday and travelled to Elazig to inspect the rescue efforts.

Speaking at the funeral of a woman and her son who were two of 31 people who have died, Mr Erdogan described the quake as a "test".

He said: "We are doing everything we can as the state and nation, and we will continue to do so.

"Our efforts at all rescue sites will continue."

The president said the state house developer TOKI would make sure no one was left "hungry or in the open".

AFAD warned residents not to return to damaged buildings because of the potential danger of further aftershocks and sports halls have been available as shelters for those who had to flee their homes.

At least five buildings in Sivrice and 25 in the Malatya province were destroyed with hundreds of other structures being damaged and made unsafe.

A prison in Adiyaman, 110 kilometres southwest of the epicentre, was evacuated after being damaged in the quake.

Interior minister Suleyman Soylu described the earthquake as a 'level 3' incident according to the country's emergency response plan. This means it requires assistance at the national level but is one stage short of needing international help.

Turkey sits on top of two major fault lines and earthquakes can be frequent.

Two strong quakes struck northwest Turkey in 1999, killing around 18,0000 people and a magnitude 6 earthquake killed 51 people in Elazig in 2010. 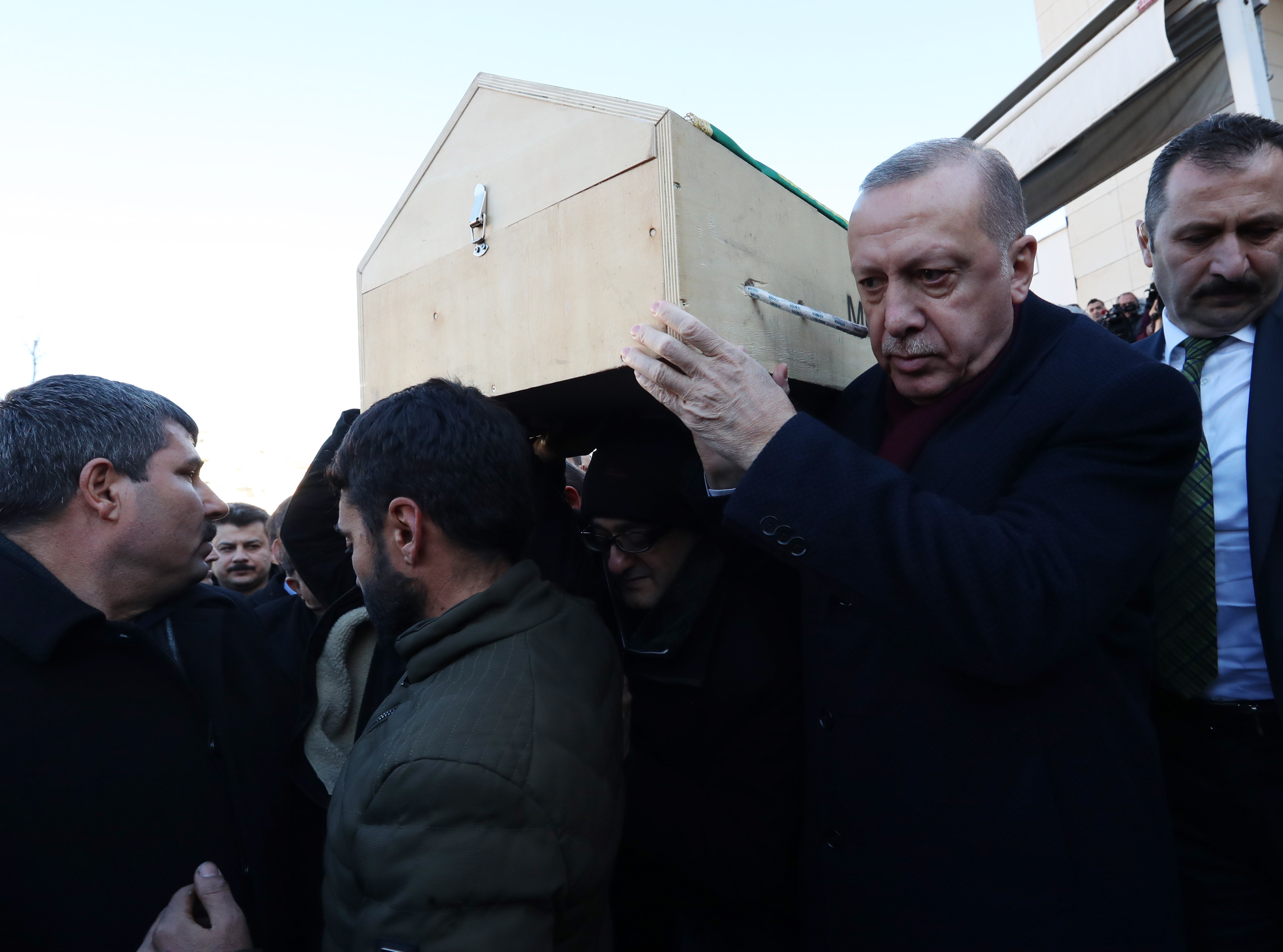 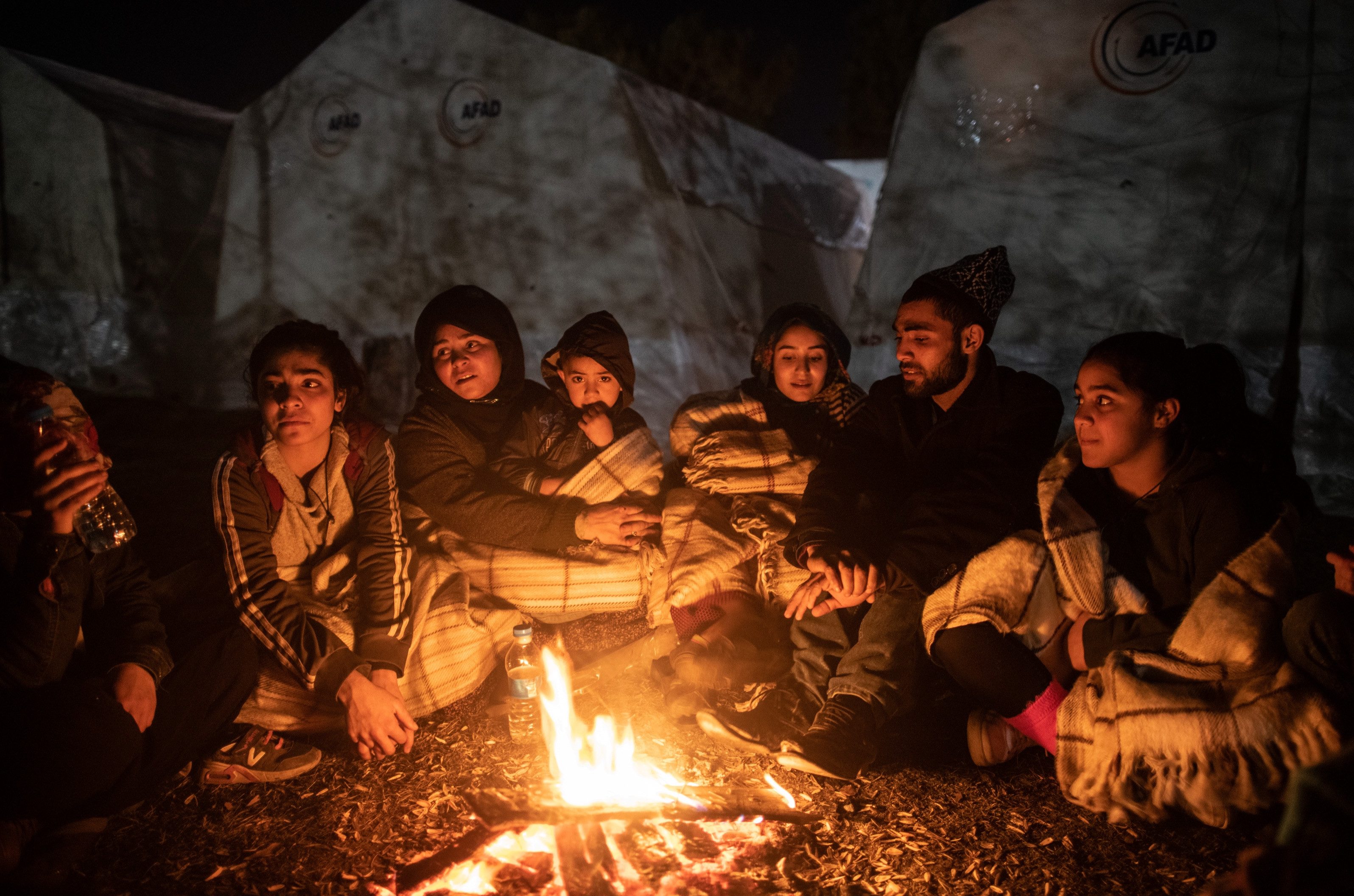 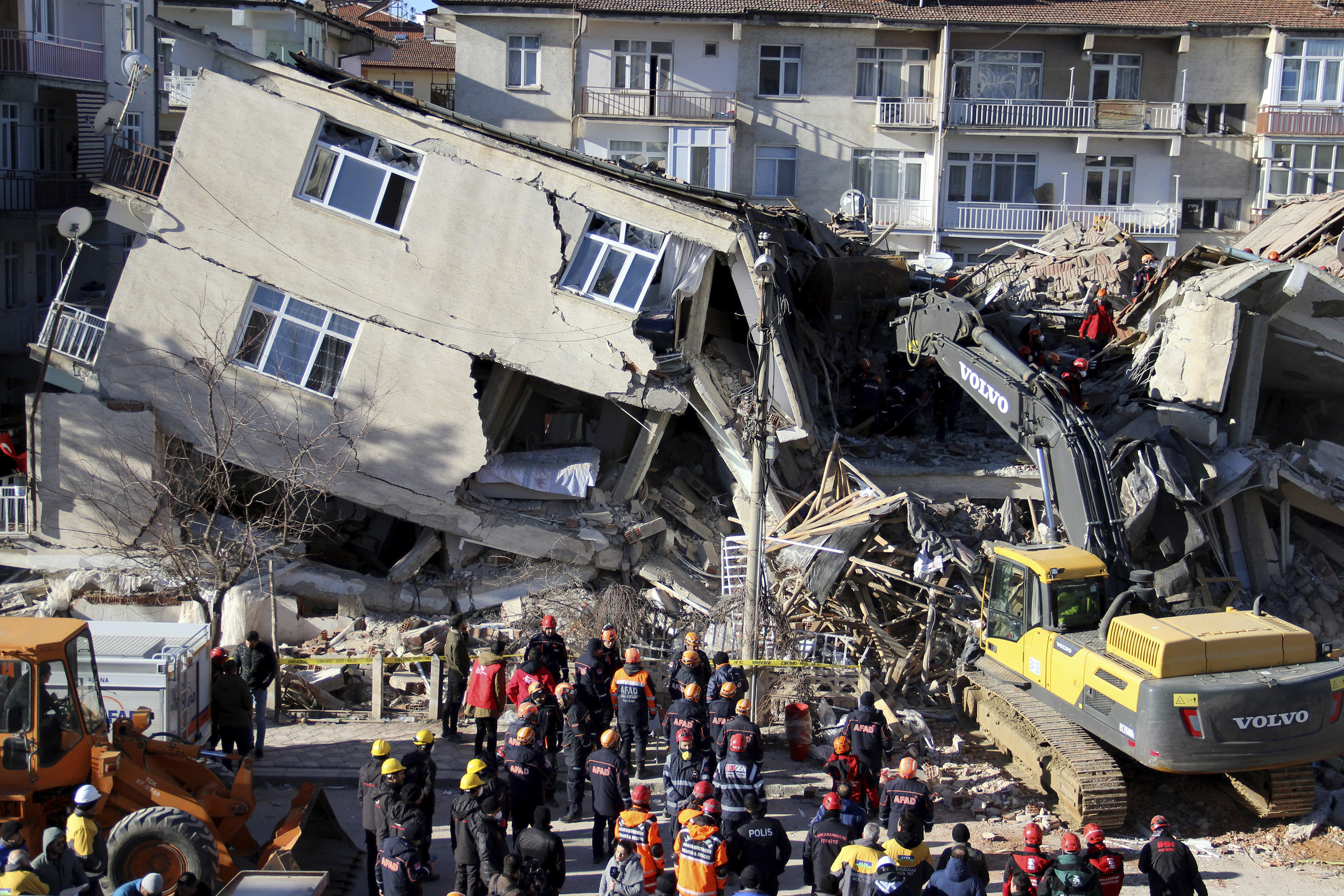 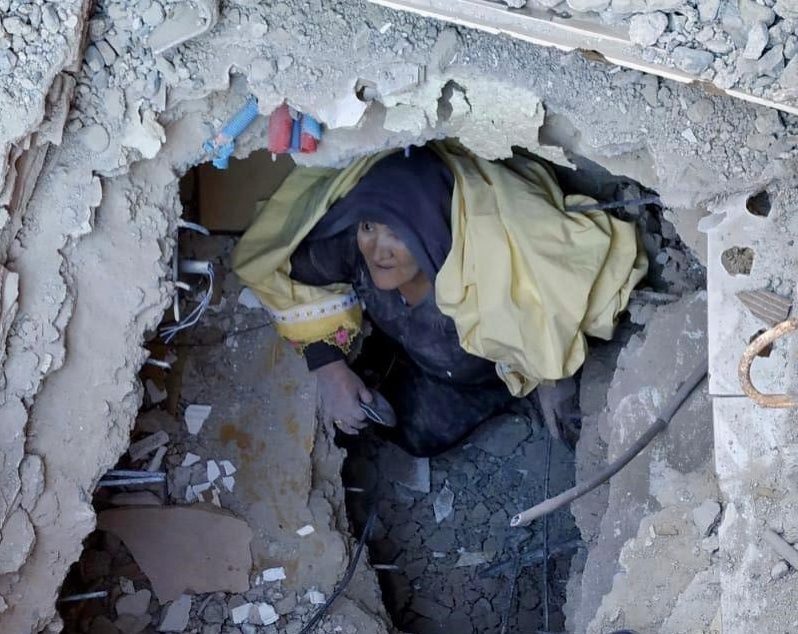 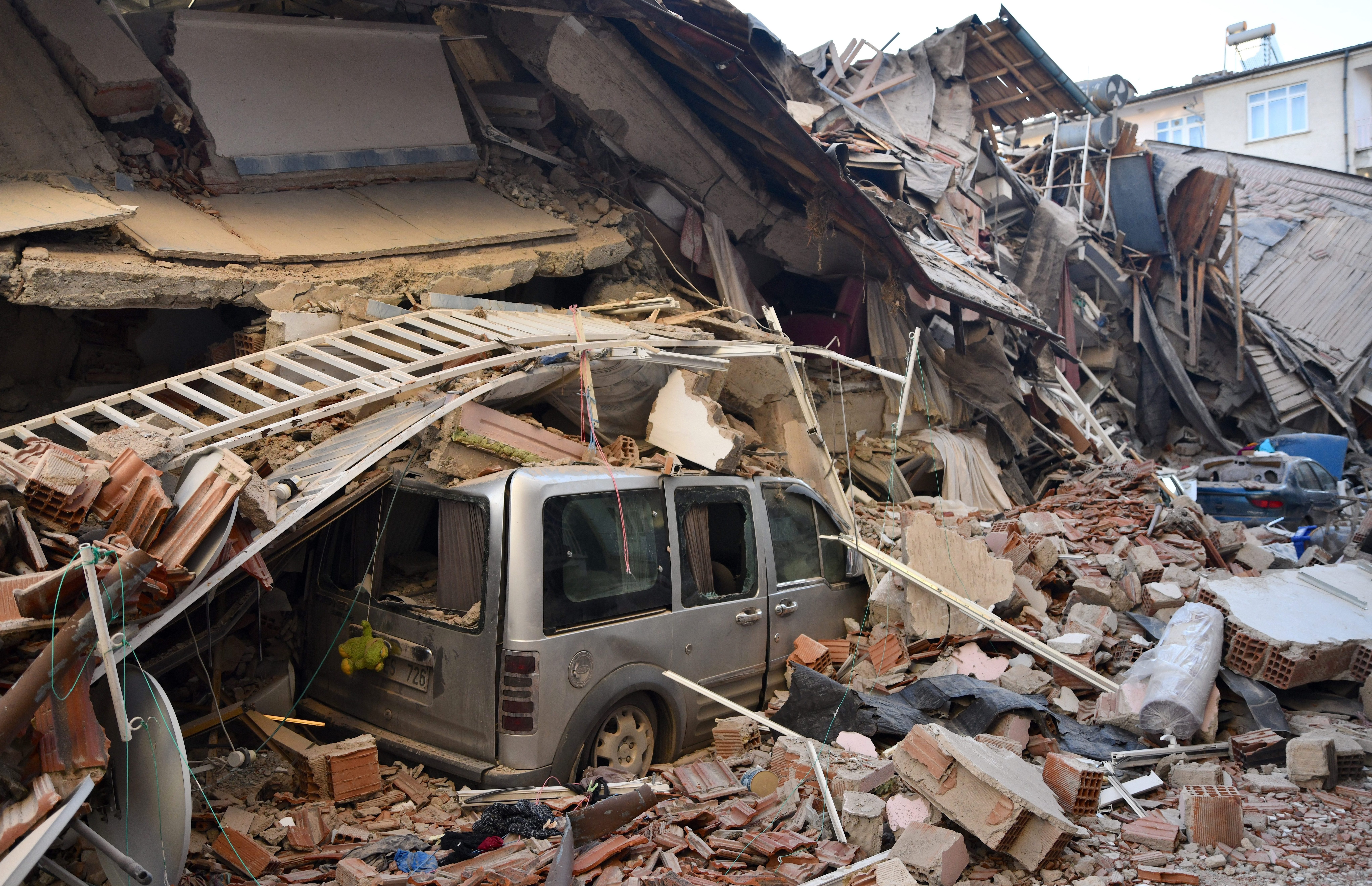