A ‘biblical’ swarm of flies descended on seaside tourists – as footage shows hundreds frantically battling the pests as they try to enjoy their day at the beach.

Squealing children and irked adults can be seen shaking their heads and desperately batting away the winged critters using their hands, towels and hats in Blackpool on Saturday.

Lindsay King was visiting the popular resort with 18-year-old son Keiron King to watch the Blackpool Air Show for his birthday.

The bakery worker was waiting with her son for the Typhoon display to pass overhead when suddenly a swarm of sandflies descended on them.

The 51-year-old whipped her phone out to document the chaotic scenes as hundreds of day-trippers, some clutching deck chairs and picnics, frantically batted them away.

After a five-minute onslaught, that the mother-of-three likened to one of the ‘Ten Plagues of Egypt’, the tiny blood suckers finally dispersed leaving everyone free to enjoy the show. 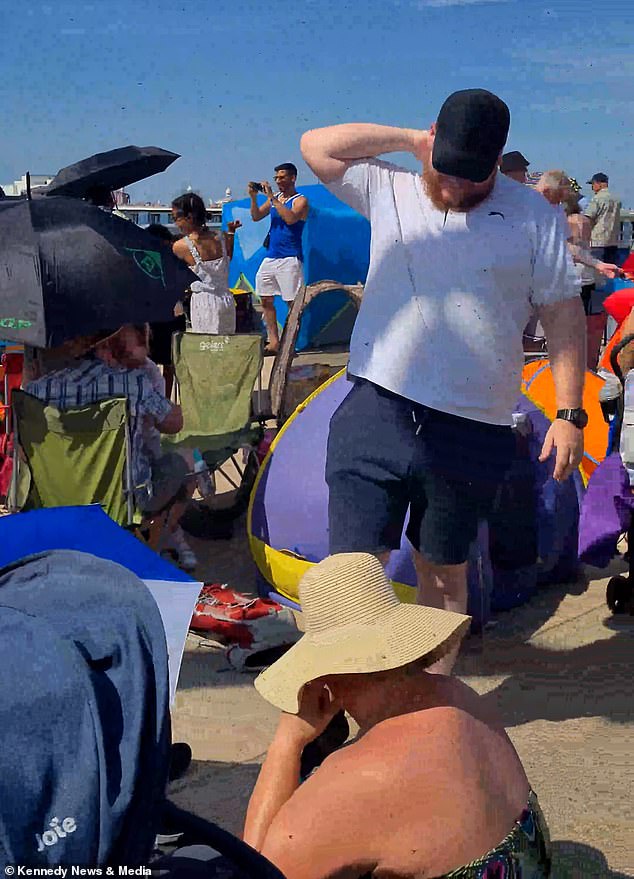 Pictured: A ‘biblical’ swarm of flies descended on seaside tourists – as footage shows hundreds frantically battling pests as they try to enjoy their day at the beach in Blackpool on Saturday

Lindsay, from Penrith, Cumbria, said: ‘It was hilarious, everybody was flapping around.

‘It was biblical – like one of the ten plagues.

‘We were all waiting for the Typhoon display and then all of a sudden they just appeared.

‘They came up over the bars and that was it – they hit the whole of the seafront at once and everyone was swatting away at them.

‘It was really weird because one minute there was nothing there and the next it went crazy.’

The sandflies, which Lindsay believes made an appearance when the tide went out, engulfed the crowd and left her worrying two of the mini monstrosities had gone up her nose. 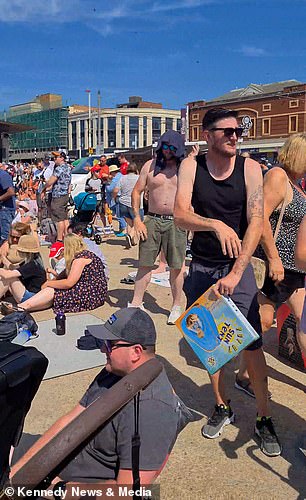 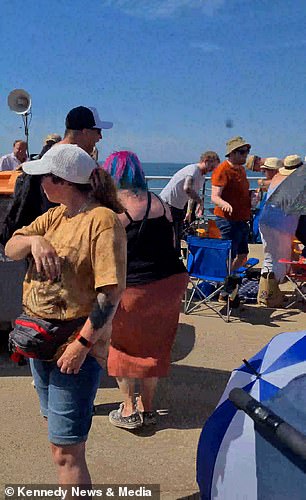 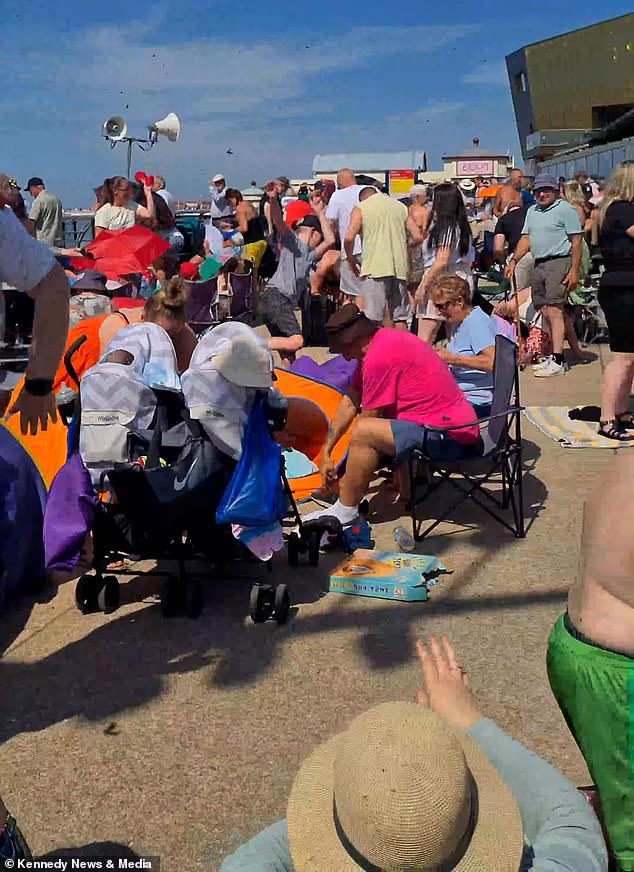 Lindsay said: ‘They were really thick for about five minutes before they started to ease off a bit, but they were present all the time.

‘I kept my mouth shut and had to blow my nostrils out, I was sure a couple had gone up there.

‘Some people were too bothered about themselves while their kids got covered, and others were a bit OTT – like they were going to die with all these flies.

‘I live near the border of Scotland and the midges up there are terrible, so I’m used to it.’

Nonchalant Lindsay said on a future trip she may encounter one of the other nine plagues – quipping it’d be a ‘funny’ place to experience it.

Lindsay said: ‘The next time we go it might be raining frogs.

‘If something like the apocalypse did come to Blackpool it’d be a funny place for it.’